English Version | The eye has to travel

… the mind has to wonder. It is not just the eye that has to be fed. The mind must also be stimulated. Fashion magazines, often labeled in a simplistic and reducing way, assume an increasingly relevant role in the context of traditional media, as they point the way to the dream but also instigate critical thinking. In its pages, the beautiful things they didn't lose space, they just started sharing it with urgent matters, because the world, too, has become urgent. 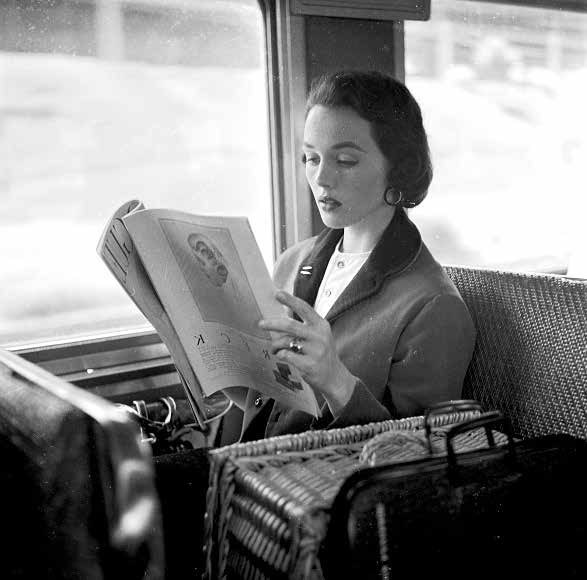 They were never just dull vehicles of feminine ostentation. They may as well have started out as serials of trends, small journals illustrated with the news of what was in vogue at one time or another, but they always went beyond the simple superfluous representation of the (apparent) weak sex desires. They sold dreams in the same way they sold changes. They spread new fashions in the same way they spread new voices. They celebrated small luxuries just as they celebrated great revolutions. Fashion magazines, which the world associates as being “theirs”, made “by them", just" for them" females, are actually much more than that. They capture the spirit of their time, as do all the things that can feel the pulse of the moment, understand the winds of change and pursue, without fear, the paths that open up each new day. Fashion magazines, which the world associates - wrongly - with a few monthly pages where editorials without a history, starring models without a soul, are interspersed with advertisements worth thousands of euros and texts that are confused with press releases, are in reality much more than that. They tear up conventions, take risks (necessary and unnecessary), assume the role of bearers of news and content creators, launch debates that can be either political, religious, or totally futile. Fashion magazines, or at least the best fashion magazines, are just like that. There is no topic off-limits, because their spectrum, their topic, is the world. This has been the case since 1672, the year in which Jean Donneau de Visé founded Le Mercure Galant, the first "women's magazine for information and culture".

It is far from being the million-dollar question, the planet has more important things to worry about, but it is still a curious question. “What's the Point of a Fashion Magazine Now?”, The New York Times wondered last April, in a clear allusion to the apparent rude awakening that, from one day to the next, seems to have entered the newsrooms of all fashion magazines - as if they lived apart from the world and life, hostages to any invisible lust and devoid of any sense of tact. The entry that accompanied the long text said: “Glossy magazines sell fantasy. Now they have to reckon with reality. It’s complicated.” In other words, these publications sell fantasy, and now (and by now, they mean the so-called “new normality”, the result of the outbreak of COVID-19), they have to confront the world as it is, without artifices - and it’s not an easy job. The newspaper continued its analysis with an overview of the covers that best knew how to adapt to pandemic times (among others, we can find the April issue of Vogue Portugal, Freedom on Hold), apparently because they had a bout of wisdom and managed to deal with a critical situation as adults (just like their grown-up colleagues, news magazines and daily newspapers, for example) or else because they had no other solution but to take the train of homage to the “heroes” of the epidemic and made headlines that went viral. But was it really as such? Was it the new coronavirus that transformed Fashion magazines into “serious magazines” overnight? At one point, the newspaper writes: “Fashion magazines are vehicles for luxury fantasies. They sell readers consumerist dreams, printing brilliant images of supermodels and stars amid ads for $ 5,000 watches and $ 250 moisturizers. The pandemic and lockdown caused by the new coronavirus hindered those dreams. As a result, Fashion magazines have seen both their production and their goal derail.” Dear The New York Times, the long history of glossy magazines shows that the bulk of their pages depends on, and contains, much more than what you entail in those lines.

We can walk back and forth in the long encyclopedia that tells the story of the magazine that you have between your hands - the first issue of Vogue was published in 1892, in the United States, then the English (1916) and French (1920) issues followed - which, at any time, we find evidence that this is not, and never was, just a publication dedicated to fashion. The 20th century begins with the most incredible artistic collaborations (names like Salvador Dalí, Joan Miró, Edward Steichen, Horst P. Horst or Irving Penn were recurring here) and followed with Alfred Hitchcock, Federico Fellini, Nelson Mandela, Orson Welles, Dalai Lama, Marc Chagall or David Hockney - all guest editors. The lens, and the genius, of Andy Warhol, Guy Bourdin, Peter Lindbergh, Martin Parr or Tim Walker have been a constant encouragement for our eyes, the Vogue eyes, as well as the magic of the words of Joan Didion, Patti Smith, Harper Lee, Dorothy Parker, Gloria Steinem or Margaret Atwood - those literary portents that challenge the conventions of what is and is not possible to write having been born a woman. The right answer: we can write about anything. To all of this, add the most coveted interviews and profiles, from Hillary Clinton to Karl Lagerfeld, the most out of the box editorials (like Water & Oil, published in the September 2010 issue of Vogue Italy, which refers to the environmental tragedy that devastated the Gulf of Mexico in April that year, when the explosion of a ship caused one of the biggest oil spills of all time) and the most unexpected covers - here we could even insist on the April issue of Vogue Portugal, Freedom on Hold, but we prefer to go back to October 1945 , when World War II ended and British Vogue launched a pioneering cover, laden with symbolism, that featured only a clear blue sky under the motto Peace and Reconstruction.

And if for a long time futility and escapism (also necessary, it must be assumed) were associated with such "glossy magazines" that The New York Times now refers to, it’s been a long time since several stakeholders behind them have shown a constant concern to follow an editorial line that is consistent with the informative and educational role that all media should have. This is the case of Laura Brown, director of In Style magazine since 2016. To the American newspaper, she said that part of her role is to know how to take the pulse of each situation. Not month by month, but minute by minute. “Now we need to read things not just every day, but every hour, every minute, recording appetites and anxieties that are constantly changing. Offering some escapism and glamour is still important, but now I'm less paranoid about getting that celebrity for that cover or an exclusive product.” And it is not just because the world has stopped and it is no longer possible to shoot in exotic places with samples from the best known designers. There are dozens of indie magazines, as they are known, usually published twice a year, that bet on content that has nothing to do with trends, trending topics or expressed wishes of advertisers. Because they are edited by small business groups, they do not have the constraints that sometimes plague the most well-known titles - the themes are decided in house, the number of pages dedicated to each article can be as large as the author's will - and this gives them a freedom that puts them at the top of the fashion magazine table, as a kind of bible, which their readers religiously yearn for. Even if this is not her market share, this is the spirit of Vogue Portugal. Be a magazine that makes a difference, and that has meaning anytime. From sustainability to gender issues, from racism to issues of aging, from feminism to dilemmas with (our) body, from love for cinema, for art, for life, to union with others, with family, with the planet, everything fits in a publication where the last full stop is only placed at the beginning of the next issue. No taboos.

One thing is for sure. The old model, which pushed fashion magazines to a proud shelf on newsstands, where they stood highlighted for two weeks - until someone remembered that it was not worth insisting on that excessive notoriety - is out of date. In 2016, the online version of i-D wrote: “The irrelevance of printed news in a seasonal publication has allowed Fashion magazines to become something different. An ideal luxury item for the paradoxical relationship of fashion between permanence and transience; disposable, ever changing, outdated quickly; yet, at its best, a fashion magazine is a relic or a time capsule, a window to a world at a given time, not just the world of fashion, but music, culture, art, life, everything ... a place for the best writers, photographers and artists to express themselves; a good magazine is something to cherish, spend time with and absorb, to return to again and again and not something to throw in the recycling bin.” Publishing a fashion magazine today requires thinking about its purpose - and that requires thinking about its content. And that means constantly reinventing itself, adopting new names, thinking outside the box (ideally, sending the box away), treating all matters as possible, as being ours, and taking risks, taking risks, taking risks. Responding to The New York Times, and anyone who still has doubts, the role of a fashion magazine today is to forget that it is a Fashion magazine. And, from a blank page, do magic with this seemingly uncompromising reality that we all face every minute. Only that will remain for eternity. Only that will remain in the memory of those who read us when none of this (nor these lines) makes sense anymore.