English Version | Last night a DJ could not save your life

It seems like it was yesterday, but it has been almost two years that the pandemic stole parties, festivals, clubs and dance floors away from us. In lack of a better alternative, we dance to the sound of streaming, in front of the computer and turning our backs on life. Along that road, we lose the dialogue the DJ. The exchange, in real-time, between the cabin and the dancefloor, where the magic happens. 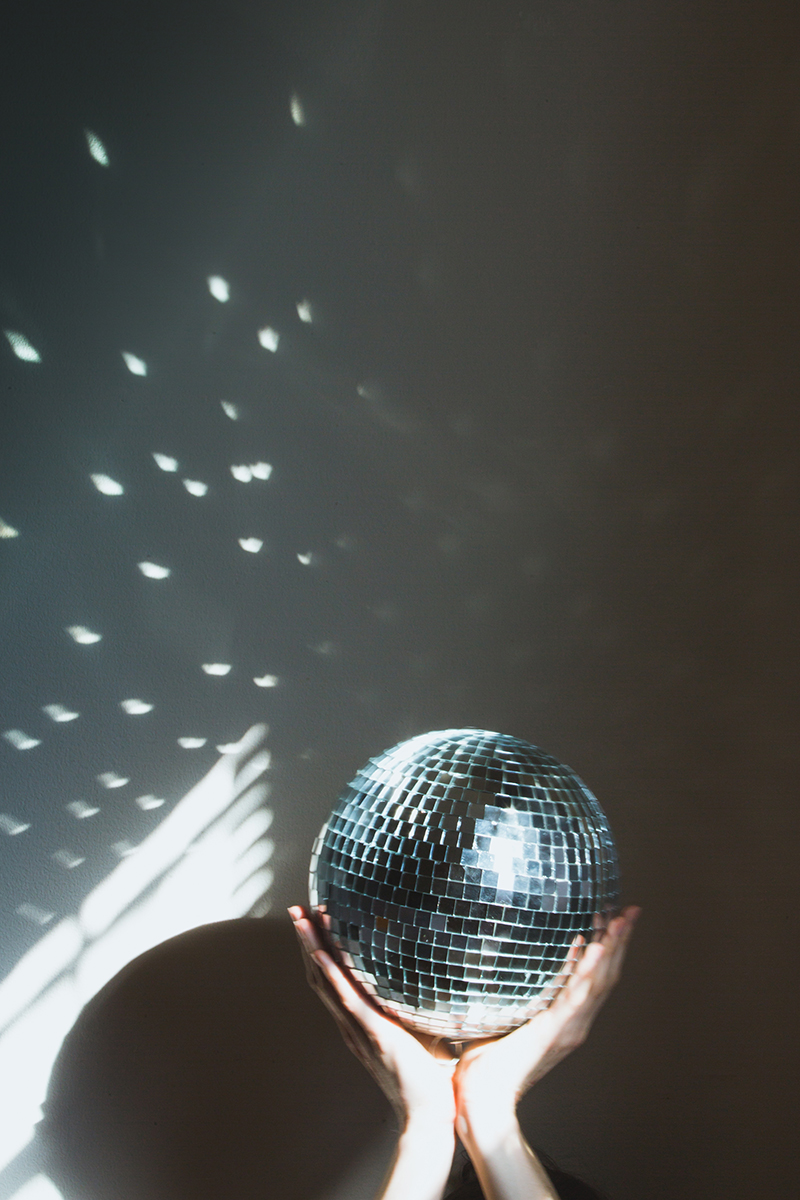 How many times has the DJ saved our life? Took us out of that nine-to-five route? Of the boring existence provided by a bad week? Or just, for a brief moment, has dragged us onto the dance floor to dance as if “there was no tomorrow”? If does who sing well pray twice, then those who dance do it many times over – in between two swings of an arm, nothing can get to us. To dance freely in the darkness of a club is liberating. To lose our mind, our north (our south, east and west) in the depths of a festival is as healthy as it gets. According to an article published in 2018 in the American edition of the Rolling Stone magazine, “in the last few years, clubs, raves and electronic music festivals around the world became more populated”. The same text mentioned the IMS Business Report, a study about how the EDM (Electronic Dance Music) industry works, annually. It certified that the events with music and DJ had increased considerably in 2018, at the same time it demonstrated that “festival culture is still alive”. Or it was, before the pandemic. However, on the last report dating to 2020, the global value of this industry had gone down 56%. This is not surprising: after all, the concept of partying, of everything it implies, has died on the shore with COVID-19. And if this is an agonizing notion for those who dance, what is there to say of those that give – or gave – us music? “I believe that in Portugal, in the pre-pandemic years, we were moving at a steady speed. The local market didn’t grow, the positive signs we were seeing here and there were connected to tourism. We grew used to seeing a lot of foreign people in our festivals and clubs during the year. And gladly so, they brought new energy and color to our dance floors. Then, the plug was out. Silence, darkness and uncertainty. The impact is devastating. Artists and DJs, clubs and festivals, agencies and promoters were surviving in apnea, in a long wait. Many have already given up. Some are selling records and instruments, others closed their doors or cut down their teams.” The words are from Rui Vargas, DJ, musical director at Lux and radio host. To Mariana Barbosa, better known amongst the audiences as DJ Mary B, co-founder and co-manager of the Collect space in Lisbon (with the also DJ João Maria and a third partner, Bernardo Girão), the scenery of these times has been just as devastating: “For 15 months we’ve been without clubs nor bars, there are no festivals, parties or events. We work to create moments that bring people together in a completely relaxed way! It’s been hard and it will continue to be so for many people, businesses, artists and professionals of the night out scene, events and audiovisuals. And other activities connected to [the field] are going through major difficulties.” She opened Collect in July 2019, eight months before the burst of the pandemic. “We were counting with a huge flow of tourists, besides those who were more connected to the music industry and that would visit our record shop and assist to our live radio programs. The Cais do Sodré is a very strong spot of nocturnal animation and the schedule restrictions or seating limitation make a huge difference in terms of revenue now.” Collect, which has electronic music as one of its fundamental pillars, is a record shop, online radio and publisher, on top of being a restaurant and bar. “The Collect concept lives through the opportunity to be a place, as the name itself reveals, that brings people together, creates moments of bonding between artists, meetings with friends and strangers, always with music being present”, Mariana adds. But electronic music doesn’t live off of the closed circuits of clubs. Fortunately for those who are not fans of closed spaces. For those, there are open-air festivals. And then there’s the Boom Festival: a reason for national pride and that is, alongside the North American festival Burning Man, amongst the three best festivals in the world. “Boom is a human transformation festival and of environmental regeneration that envisions the development of artistic conscience, openness to culture, with a great focus on environmental conscience and that, above all, believes in the aggregating and transformative power of electronic music. Meaning, it’s a festival that was born out of electronic music, but that is much more than that today”, Artur Mendes, a member of the Boom organization panel, explains. This festival, which takes place every two years, should have had its last edition in 2020. It has been postponed twice not. “We were going towards a very positive edition, in 2020, thus the festival will have to readjust. It will have to be different, but never worse. In fact, it will have to be even better. Even if the means and resources will have to be different.” He also mentions the obvious consequences on a financial level, since they are “forbidden to do anything at all for the past two years – nothing comes in and something always goes out.” Besides, he explains that they made the decision to “not fire anyone and continuing to have a team up and running, which, obviously, comes down to harsh financial consequences.”

“Not everyone understands house music. It’s a spiritual thing, a body thing, a soul thing.” Well, here is a phrase that needs no introduction for those who have their antennas tuned to the world of electronic music. However, it’s not just house music that is difficult to define, but rather all electronic genres: from techno to trance, from electro to drum and bass, without forgetting about acid house or minimal. In the first place, electronic music is something you feel: in your body, soul and spirit. That is what Eddie Amador tried to tell us with the aforementioned phrase, with the tune House Music (1998), the same one that had dancefloors all over the world jumping with euphoria. Not everyone understands house music – and that’s ok. What is really difficult to grasp though, is how to reach this spiritual level without the dancing that occurs, quite literally, between the DJ and its audience? “Streaming is a weak approximation of what a DJ is and does”, Rui Vargas guarantees. And he proceeds: “Because it is missing a fundamental part: the people, the floor. It is that dialogue, that exchange in real life between the cabin and the floor where the magic happens, that unforgettable nights and moments are created. One might enjoy the music playing on streaming, it might even be a visually interesting object, but nothing makes one vibe like having an experience on the right place, in the dark of a dance floor.” In the opinion of Mary B, the stream mode has good and less good things about it: “We can reach more people, it allows for our work to go beyond borders without us having to leave our place. Anyway, the possibilities of interaction are much fewer. It is very hard to replace physical presence, the contact, the communication that comes about when we are able to be close to our audience”, she defends. Artur Mendes would define “the movement of electronic music, in all its genres, as an element of aggregation of people from different backgrounds under its most inclusive, democratic and encompassing form, which is the dancefloor. Whether in a club, festivals or outdoors.” Thus, electronic music without a dancefloor is not the same. “We’re assisting live to the ‘video gamification’ of the experience of the dancefloor and festivals. There were already phenomena of virtual gatherings, there was already DJ streaming. However, this would happen, most times, in places with people. What is happening with this ‘video gamification’ is the absence of social experience. And I think there is where we find one of the biggest problems: those people that used to normally meet on a dancefloor won’t be able to meet physically on a Zoom Party. And for those with identity problems, for example, of who have trouble socializing, or to people who simply enjoy being extremely extravagant on the weekend and that have their normal, structured life during the week, the lack of places to escape, where no one judges them, that is the being issue. I don’t know to what extent this can be studied on a self-esteem level, or of what is the creative capital that, usually, comes out of these highly inclusive environments. We must bring back these places where the dancefloor is present as soon as possible. That experience, the energy of the dancefloor, it is impossible to get it when people are seating around a table.”, he concludes. For Artur (and to every other Boom fan that eagerly awaits its return in August 2022), everything is possible as long as there is an adaptation to the public health directives. He underlines, however, that the festival’s organization has already established two criteria: no physical distancing and no obligatory use of a mask. “We believe that if things are more stable in the world, we’ll be able to bring back the festival as it was, with people being close to one another. Probably there will have to be certain testing protocols in place, of sanitizing, and other preventive health measurements. But I think any festival that is minimally organized already has that in its protocols. We’re dealing with people coming in from all over the world, there are a lot of health protocols already established, so it’s only a matter of reinforcing these points.” On the other hand, the musical director at Lux, Rui Vargas, believes it is only a matter of time until people regain their trust: “We’re a social system, and sharing the celebration of music is an important part of many people’s lives. I have had confirmation of that during these times. People who miss what we do. When we reach group immunity, I hope there will be a boom in the scene. The spring has been compressed for too long. It will happen first with open-air dancefloors, but I believe that before the end of the year we’ll be dancing in clubs […] It’s hard to say how Luc will be when I don’t know the rules within which it could operate. But one thing is for sure: keeping an extra close eye on the creative national talent.” DJ Mary B considers that, when freedom is instated again, that electronic music will be one of the fields that will thrive the most: “Our country is a treasure, with the perfect climate, safety, our history, culture, variety of amazing places! We have everything to believe we can overcome this huge shake that the pandemic has put us through.” And we will be there, on the dancefloor, to confirm it. And so that the DJ can save our life again, as in the good old days.