English version | If we're not mistaken

But sometimes we are. And mistakes save us. They save us from anxiety and insecurity. From worries and perfectionisms. The first step is to accept them, as the old Japanese philosophy of wabi-sabi dictates. 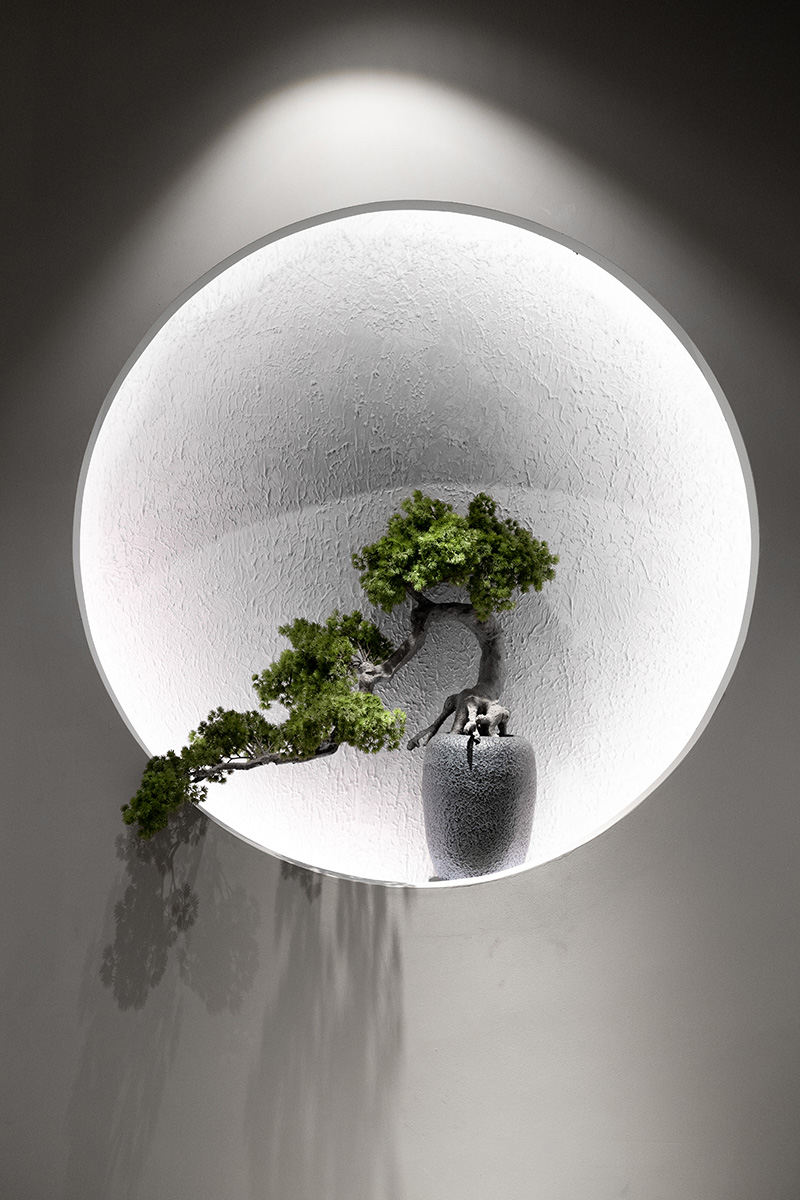 Besides saving us, they many times offer a backup. A reserve for imperfection: in aesthetic, character, lifestyle. Furthermore, it embraces imperfection, it accepts it and applauds it. And looking deeper into it, error itself is saved under this reservation. Saved of being obliterated in detriment of a prejudice of perfection that won’t allow for any standard deviation. Take Lisbon – or Porto, this isn’t about regionalism, what follows applies to both equally – as an example. Every time I hear someone complementing these cities, I indulge on a tiny detail I’ve come to notice throughout the years. The charm of each city polo doesn’t come from the majestic architecture or unwitting morphology; instead, it comes from their own imperfection, from a decadence that breeds from wrinkles in facades, scuffled corners, tiles worn in by time. Signs of a city that has lived, that accumulated experiences from each person that inhabits it and that in turn, instead of covering them with a fresh coat of paint, assume them as an organic trait. It’s looking at those tears on walls, uneven sidewalks, roads of inconstant cobblestone, being featured on vacation albums, Instagram feeds, memories held onto fondly until it’s time to go back. It’s in the midst of this praise to imperfection, when we see these misplaced details and feel in them the beauty of the framework, that this wabi-sabi idea is rooted, a concept that, much like the Portuguese word “saudade”, has no direct translation or explanation. It’s something you feel and can’t explain.

Either way, let’s try to covey this vision that should be turned into a modern time mantra if it isn’t already: imperfection is the most basic principle of wabi-sabi, the Japanese philosophy that revolves around the acceptance of the flaws of any strand of the aesthetics’ world – but not just that – as something beautiful, withdrawing as much pleasure as possible from that imperfect nature. Loosely translated, “wabi” would be something along the lines of “elegant beauty and humble simplicity” and “sabi” would be “the passage of time and its consequent deterioration”, which in other words means, to appreciate what is organic and natural, admiring the passage of time and its effect on everything that surrounds us, as well as ourselves. Combined, they summon a sense that is essential in Japanese culture and that greatly surpasses this poor attempt of translation, that comes through in so many other Japanese art forms, from architecture to décor – like kintsugi, for example (where ceramic shards are glued together with golden resin, highlighting the flaws instead of hiding them) -, and that works as a way of accepting the natural course of nature and of what’s natural, including what is created by human hands. The concept originated in Taoism, later gaining greater importance with Zen Buddhism, that reached Japan, via China, by the hands of Eisai, a monk from the XII century. Zen, apart from being set on seven aesthetic principles that also guide wabi-sabi – simplicity (Kanso), assimetry or irregularity (Fukinsai), the beauty of the underestimated (Shibumi), the natural without pretentiousness (Shizen), subtle grace (Yugen), freedom (Datsuzoku) and tranquility (Seijaku) -, privileges austerity, the communion with nature and, above all, a reverence for the quotidian as the one true path to knowledge. Deriving from these premises, wabi-sabi has adapted, basing itself on a perfectly imperfect triad: in this philosophy, the interpretation of what’s beautiful implies its acceptance as something imperfect, impertinent and incomplete, an acceptance of the three Buddhist pillars that stand for an existence that embraces impermanency (anicca, accepting that life goes on alongside the deterioration that moving forward encompasses, and how that itself is beautiful), pain (dukkha, accepting that it is part of life and of its evolution) and the absence of self (anatta, accepting that the self is in constant change, connecting it to the concept of impermanency, but in an individual approach). For author Richard Powell, “wabi-sabi is a lifestyle that appreciates and accepts complexity at the same time as it values simplicity”, just as he describes it on his book “Wabi-Sabi Simple: Create Beauty. Value Imperfection. Live Deeply (2004)”. “Nothing remains, nothing is finished, and nothing is perfect”, he synthetizes. When dissected, this reference is an analogy inspired by the very own cycle of nature of seeing beauty in the normal course of life, no rectifications, no CTRL-Z (it’s not random that it is said this train of thought was born because, as a recurrent target for natural disasters, Japan needed to find a positive connotation with nature – thus, instead of solely assigning it its traits of destruction, Japanese society framed it as a source of beauty).

This idea of admiring imperfection, or of seeing the beauty in error, is also connected to its contrary – how uninteresting imperfection can actually be. According to Taoism, once there can be no more growth or development from perfection, to achieve it is an equivalent to death. That incessant search for perfection? Not only is it impossible, it is also boring. All the pushes and scars life entails are souvenirs of experience, and erasing them, or correcting them, is to ignore the complexity of living. The old art of wabi-cha, a kind of tea ceremony established by the masters Murata Juko and Sen-no Rykuo, on the end of the XV and XVI centuries, is a good example of wabi-sabi. As Prof. Tanehisa Otabe, scholar of the Institute of Aesthetics at the University of Tokyo, explained to BBC, describing how by choosing ordinary Japanese china, with subtler colors and textures, over the very popular at the time (and technically perfect) Chinese imported china, whose colors and complex ornaments captured attention, the duo defied their time’s beauty standard, centering the focus on lines that would have been ignored otherwise. To look for rustic pieces and imperfect, Otabe continued, is “to leave something unfinished and incomplete that makes our imagination run wild”, but above all it allows for the creation of a consciousness that revolves around the natural forces behind the creation of every piece, accepting the power of nature, and letting go of the belief that we are separated from the world that surrounds us. I’ve read, some time ago, a quote from a sculptor that goes precisely along these lines; she assumed that every time her creations had a tiny flaw, that’s where her human intervention could be seen – as long as she was capable of making mistakes, her pieces would take a piece of herself, in every “bump not flattened out” or “irregular lines”. “Wabi-sabi’s aesthetic has opened our eyes to the quotidian and has brought forward a method of dealing with what is common, in a not so common aesthetic way”, the professor elaborated on the aforementioned interview, underlining the importance of acceptance in Japanese society, an importance that is – or should be – transversal to all societies.

It's important to emphasize that, though its principles have unquestionable applications as an emotional philosophy, the wabi-sabi current is originally tied to the aesthetics of various artistic Japanese branches, such as the above-mentioned kintsugi or kintsukuroi, but also arts like Honkyoku (the bamboo flute music that the erratic Zen monks played in search of a higher wisdom state), Ikebana (the art of floral arrangements), the cultivation of bonsai trees (whose design searches for the irregularities of nature through details such as the gravel that decorates it and its organic and imperfect shapes of growth), or the Zen gardens (created on the Zen Buddhism temples of Kyoto, during the Muromachi period, their goal is to imitate the essence of nature in an effort to help meditation on the true meaning of existence). Other practices of daily life excel through the usufruct of wabi-sabi, like the appreciation of blossoming cherry trees, by picnicking under their branches, slowly stripped of leaves that almost automatically fall after flourishing. It’s also about appreciating the effects of aging in buildings and their paints, the flaws of an object, the imperfection of a flower bouquet, finding here a parallelism with the vision we have of ourselves and our bodies – even our minds. Wabi-sabi is, in fact, everything this technological era and mass production’s culture isn’t. In a standardized time, where one looks very incoherently for individualism through imitation, copying what is most popular on social media and forging one’s image to perfect an existence considerer as imperfect, we stopped accepting what is unique in order to be part of the massified, creating a very miserable existence. In a time where nothing seems to be tolerated and that everything is judged for everyone to see, by a jury with no authority – we live in an era of cyber-bullying and cult of the appearance, where there are too many followers but much fewer leaders and even less opinion makers and role models – and it’s time we realize, or at least inquire, why evolution has brought us so much, but not enough wabi-sabi.

What have we learned from this text (besides a bunch of Japanese terminology)? That these times we live in need a desperate dive into this concept, into this way of living. And that on top of it all, this is a philosophy that doesn’t require money, education or any sort of specific competencies for it to be applied or taken advantage of. All it takes is a change in mentality for us to be able to enjoy the changeable nature of things, to undress both literally and metaphorically and feel good about it, to slow it down and change our state of mind from “want” to “being”, “appreciating”  in detriment of “perfecting”. The objective of wabi-sabi is, more than identifying imperfections in order to see beauty in them, is about accepting them as perfect in all their imperfection. It’s about, more than knowing we have them or that we can see them, it’s being grateful for them. It’s walking around Graça and noticing the wrinkles of the city looking out the windows and beyond them. Or around Ribeira and appreciating the colors of those facades that were once vivid, but now have acquired a greyish tone that paints the ground and the sky. It’s seeing life in failure, between the cracks, in insecurities. Because as long as we have them, we’re living, experimenting, enjoying. Like this text, that could have been revisited and perfected a couple more times and yet, would never be perfect in my subconscious, even after making its way to the printer and after a thousand and one add-ons and corrections. But let’s put the theory into practice right here, assuming there is some wabi-sabi to it. Any imperfection you might detect is purely natural. And beautiful.