Today, more than ever, freedom is the essence and support of my generation. In a hyperconnected and hypersensitive world, we watch over it and attribute it our interpretations as we rediscover new meanings for the concept of prison. 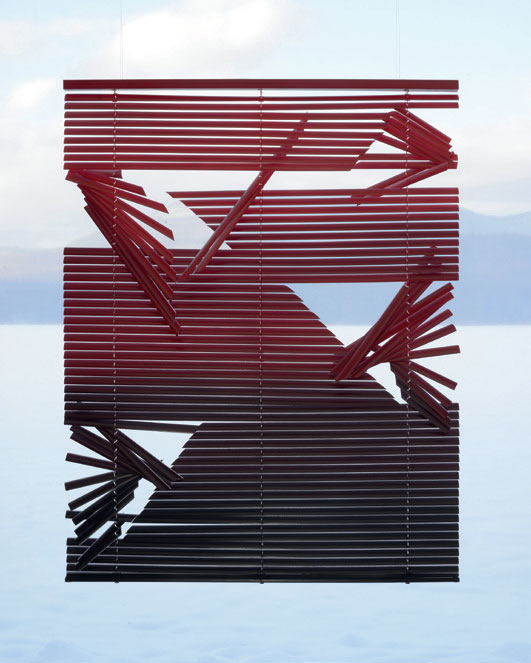 “Freedom was a common thing, almost unimportant. Everyone was free to do whatever they wanted as long as it didn't hurt anyone, and it was so normal that people didn't even notice it. They were free the same way they breathed and no one realizes that they breathe, they just do." Nobody realizes that he’s breathing, they just do. This is a passage from the book O Tesouro, by Manuel António Pina, which was imprinted in my memory. That said, I would be lying if I said that it is easy to talk about the concept of freedom. Not only for its infinite nuances and possible approaches, but because the truth is that, to date, I have never met this need precisely because I felt unquestionably free. Or at least free enough. It is impossible not to mention that writing about freedom when I find myself unable to leave home in an unprecedented and slightly frightening situation, is at least curious. And here I am. Here we are today trying to unlock the meaning of being free. Right now, and for me, being free is a Pilates class on the spot, it's a casual trip to the supermarket, it's dinner at my friends' house, it's a music show, theater or humor, it's booking a plane to Italy. I learned that without places and without people, our experiences do not point to anything that is tangible.

When I think about when do I feel or felt freer, the answer lies in when I made decisions that reflected my personal will, living life on my own terms. I felt free when I decided to study and live in Lisbon, in 2013, when I agreed to do Erasmus in Hungary, when I traveled alone to far away lands, when I moved to London to pursue my dream, when I rented my first house, when I changed jobs. To live a meaningful and rewarding life for me, that is to be free. Being free means being able to enjoy quality time with the people I care about and, at the same time, having a job that fills me creatively and offers financial freedom. It also means having time and flexibility to do things I enjoy and are of interest to me, which unfortunately clashes with the fact that we live in a culture, to me unsustainable, based on the so-called hustle porn. That is, glorify long and excessive hours of work and devalue each person's leisure time and weekends. The boundaries between work, leisure, food and sleep have become too blurred for young people my age. Where does each part of our life starts and finishes is a question that I, at least, have no ability to answer. Therefore, freedom has many questions.

To be free is to feel confident about saying no. To be free is to deal with our mistakes and successes without having to hold anyone responsible for either, except ourselves. Freedom can have so many meanings and it is not my job to exhaustively examine them. But we must recognize that I, Mathilde, am free because I am privileged. Because if I share my truth with the world, someone will hear it and respect it. Other people don't have that privilege. To speak without asking permission. To say NO deliberately. To choose. There are people in the world who cannot raise their voices when they speak. And there are others, like me, who can shout if they wish. It is an illusion to think that we all live freely in 2020. And it is difficult to see beyond our little shells when we are immersed in a culture of spectacularizing existence, which encourages the constant sharing of our image, our reality, what we are doing, where and with whom. Me, me, me. The Internet is undoubtedly the biggest and most recent disruptive element of modern times. What impact has this had on our freedom? Before we sign up on Instagram, the only platform we had to address an audience, regardless its size, was probably through an oral presentation at school or acting in a play.

But what concerns me, besides my completely absurd screen time, is how can I be free if I can't take advantage of technology and screens when they are they really useful and reject them when they are not? If I can't organize my day without having it based on switching from screen to screen? The Internet and social networks, the information age, the access economy era in which we can have everything - from food, culture, clothes - delivered to our doorsteps are a blessing and a curse. Psychologists tend to attribute the anxiety and depression of many young people to the time they spend publishing themselves on social media or comparing themselves with others, while many of us see networks as platforms that offer an escape of the outside world, offering us freedom to think, amongst other things, about sexuality, gender, race and self-expression. That is the blessing. We are free to give our opinion without anyone asking for it, free to express what we feel and to move masses in favor of what we stand for, but, on the other hand, we are trapped to a screen where a large percentage of the content we consume is pure and simple garbage. And this is the curse. What does it mean to be inactive these days? And being disconnected in an era of overwhelming and uncontrolled hyperconnectivity? Being inactive can mean a number of things, like reading, watching a series, organizing the closet by color; it doesn’t matter the activity, it’s about not feeling the need to share it on Instagram or register it in an app. When I think about the apparatus around social networks and, above all, when I wonder about my true interest in more than half of the people I follow, I get bored and give up. The truth is that, although society wants to mislead us into thinking that we must always be aware of the zeitgeist, we do not need to know the intricacies of all Instagram controversies or be at the forefront of all memes and tweets, to consider ourselves informed people let alone for our existence to have meaning. I often say that the world doesn’t want to listen to us all the time. Sometimes we want silence. How is it possible to always have something to tell the world, that is, our small audience?

As young people, we know that our parents and grandparents struggled for so many of our basic freedoms: the freedom to express ourselves, to manifest ourselves, to move, to choose our jobs, to know other cultures. They fought for our freedom to choose. They fought for our freedom to vote. They fought for us to be able to think and say what we want and not think and say what someone else wants us to think and say. And today we are fighting for our small freedoms, which differ according to the socio-economic contexts in which we live. We fight for freedom of being whoever we want to be and dressing like we want to, we fight for gender equility, race, sexual orientation, religion, we fight against discrimination. We fight so that we can be free responsibly, but without the judgment and critical eye of others. Perhaps in many years from now our children and grandchildren will be able to remember our achievements (like Pride Month, for example) in the same way, as a valuable treasure that they have to protect, preserve and respect. When we are confronted with the imperative of hatred, through political forces that gain power and proclaim everything that is the enemy of freedom, joy and consensus, we are exactly declaring the urgency of this awareness.

It is said that during Portuguese dictatorship, anyone lived in fear. Journalists, for example, never knew whether they were going to get home at the end of the day or whether they would be arrested by PIDE (the state police). In the newspapers, more than half of what was written was crossed out with the famous blue pencil and, to cover the missing spaces, journalists were forced to put pictures or address banal topics. Many characterize April 25, 1974 as the happiest day of their lives. My grandmother, who is unfortunately no longer with us, was born in 1924. In the year of the revolution she was exactly 50 years old. When I was 12, and just a preteen, she was 83. So there are several things she said that I didn’t understand very well, but one of them stayed with me: “The 25th of April gave freedom, but did not give responsibility”. It is true that this statement may not be consensual, but my grandmother was a very serious and religious woman. We have to remember that the population at the time had nothing to do with the current Portuguese population. It was mostly rural, illiterate and obviously very influenced by the Catholic Church. The Church and the Estado Novo rule had a common doctrinal and ideological matrix and it has already been proven that dictatorships are almost always supported by the Church hierarchy. The truth is that mentalities are the slowest to change. They take a long time to settle and then it takes a long time for them to transform. On the other hand, my generation is linked to a humanism and awareness that did not exist 40 years ago. This responsibility, which my grandmother referred to so many times, leads me to another question: should we be allowed to say whatever we want without repercussions? Freedom of expression activists’ are everywhere and what we should or should not say is an open debate. The line between allowing people's freedom of expression and preventing the hate speech that we see on social media today has proved to be a little blurred, but it needs to be drawn, because the consequences of allowing people to say what they want when they want, are very serious. To sum up, it would be wonderful if we all had a free spirit in equal measure. But it's impossible. This challenging mentality can also be called a struggle against absurdity, injustice and power. You can’t fight this battle without freedom. Freedom, in general, is the gateway to question consensus and challenge what is presented to us as truth. Or, to use the words of writer and journalist José Jorge Letria, “Freedom is a book that is always open on the page yet to be written.”