English Version | A Prayer to Time

In popular culture, it is often said that “time cures everything”. But how much time does it take to overcome heartbreak, or heal a wound? Is there a preset timing or is it completely random? 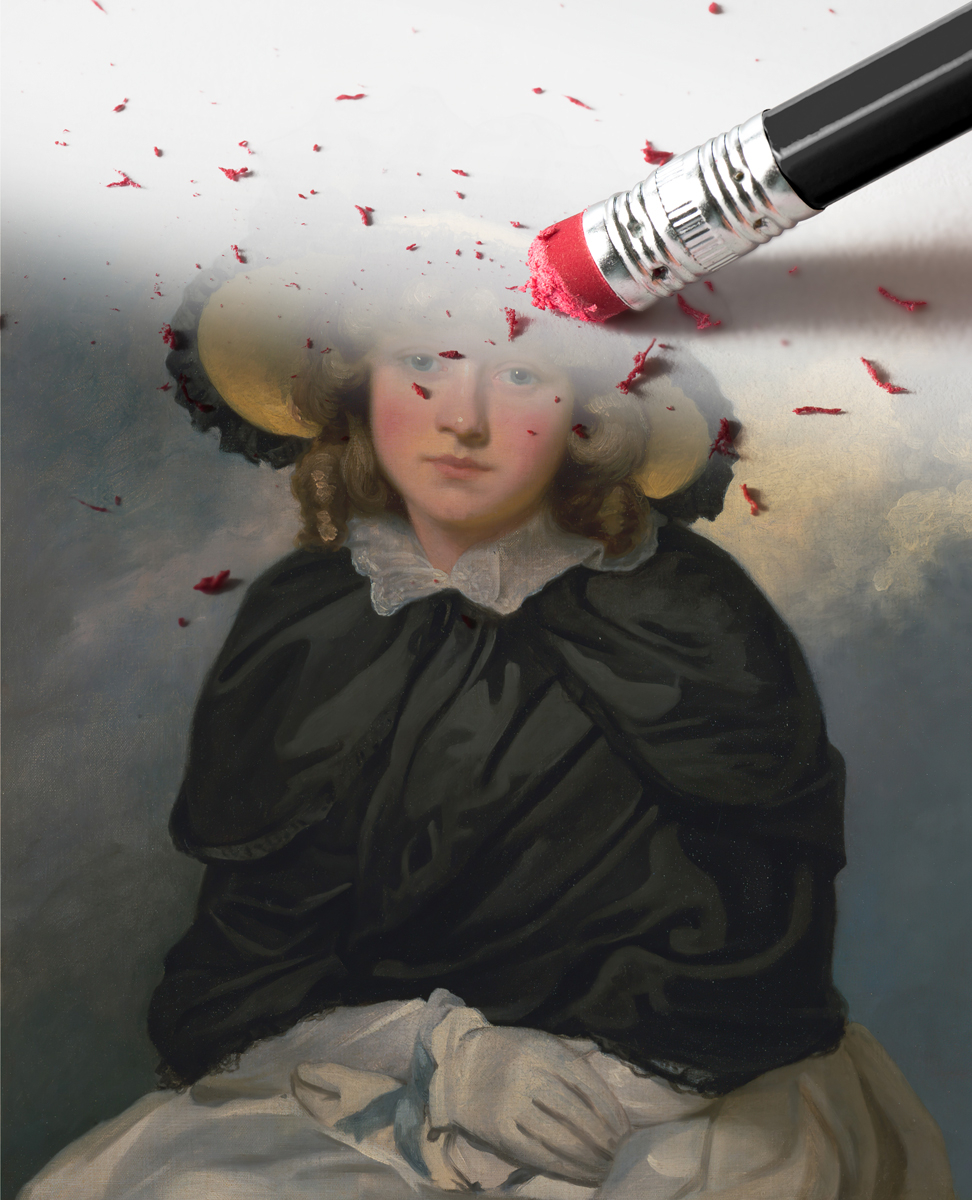 Besides love, time is a topic that allows for many interpretations. Except for chronological time, set by watches, time differs from person to person. We all live to the same beat, but it can sound ultra-fast to one person and, “at the same time”, slow as can be for another. And no matter how much you wish that, in these situations, it goes slower or that it goes by faster, time always seems to have other plans: to only follow its own beat. That is why in moments of major anguish and pain, where all you can wish for is for time to evolve into another time (excuse the redundancy), it seems to do precisely the opposite. “If ‘healing’ means a definite solution to something that causes pain, then, despite it being a very common premise, it doesn’t correspond to reality. If we sit for half an hour waiting to stop feeling sad about having lost someone, it won’t stop it from happening. When we speak of ‘time’ we must consider its various dimensions. The most common one would be the ‘chronological time’, meaning, the time we tell in a watch or calendar. This one is resumed to its existence. When we speak of healing, the most important dimension is psychological time.” These are the words of Luísa Menezes, who refers that, even though there are many nuances regarding the subject, it is necessary to “consider what ‘heartbreak’ and what dimensions of ‘healing’ are in a subjective way. What each person, in each given specific situation, associates with the meaning of being able to overcome [something]. For example, in the case of a breakup, to overcome it might mean to be able to maintain a relationship with the other person for the kids they have in common. On the other hand, in the case of domestic violence, to overcome it means to end all forms of attachment with the other person. To overcome heartbreak might be to keep in touch, for a while. Might be to continue with our daily lives without the constant reminder of a painful event, as well as it might be being able to recall something without it producing such a negative and incapacitating impact on an otherwise happy life. Considering the individual meaning of healing and sorrow, the process that follows will then also be individual. It will consider personality, previous experience, available support, and what is being done of psychological time. Regardless, it seems to me that a healing process is never linear. It has highs and lows. It has moments of evolution and moments of stagnation.”

However, time is useful, since “in the healing process, time in its chronological dimension is good so that one can do the work required towards healing. So that one can then use the psychological time. Besides, time can be useful in the sense it can create distance between us and the facts, allowing us to think about them in a different light, with more self-growth and psychological maturity. In fact, it’s possible to think about some heartbreaks of the past and attribute them a different value than what they held before”, the psychologist concludes. In an article published on Psychology Today, psychotherapist Leah Royden considers the motto “time heals all” as “one of the most useless clichés that one can use to talk to someone who’s grieving”, together with phrases such as “it’s all part of God’s plan”, or “they’re in a better place now”. The author writes about some aspects that exemplify the inefficacy of the phrase. She argues, amongst other factors, that “sometimes, things tend to get worse before they get better – just ask anyone who’s ever experienced loss and they will say that the initial shock and pain (though agonizing) are not at all the hardest part. That moment can arrive weeks, or even months after, when the reality of life without a loved one sets in (and those who were there for the first moments of grief take a step back).” She also explains that, even on the long term, time doesn’t make things better for some people. And she mentions what she has called “complicated grieving” – people whose symptoms of mourning are still acute (or potentially worse) 18 months after a significative loss. “They are ‘stuck’ in mourning for a variety of reasons. For example, they refuse to accept the reality of that loss, because the feelings connected to it are oppressing.” Royden recalls how “time goes by extremely slowly when you’re in pain. Just think of how time moves excruciatingly slow when you’re seating, wounded, at the hospital. Or when you have a migraine and you’re waiting for the painkillers to kick in. The same rules apply when someone is in emotional agony. ‘Time heals all wounds’ is like a slap across the face when minutes feel like hours, hours feel like days, and well…” The psychotherapist concludes her analysis by assuring that “no one can tell how their grieving experience will turn out to be. We all have an idea of what grief is, and unless we experience it ourselves, oftentimes it is a mix of assumptions retrieved from movies, pop culture and anecdotes. Frequently, it just involves a lot of crying. It’s rare to see a precise representation of enraged or numbing pain, but they are equally as common experiences. Even when we have our own experience with it, they might not be that useful when trying to comfort someone else. Because no matter how many key-resemblances there are – it hurts -, everyone’s experience will be different.”

Elisabeth Kübler-Ross was a swiss psychiatrist who studied the way we deal with personal, tragic losses – the death of a loved one, a terminal disease, or a divorce. She understood there were five common stages we all eventually go through. Based on her observations, she established the so-called five stages of grieving. First comes denial, which appears, usually, right after the news of a loss comes out. It provokes a huge shock and extreme pain. It’s like a defense mechanism to avoid dealing with the situation, which helps dull the pain temporarily, allowing for a psychological and emotional detachment from the traumatic reality so that, little by little, one can assimilate what happened. The next stage is anger. Here it is no longer possible to deny the loss, so the person will lash out. In this stage, the emotional part comes about, since anger allows for an emotional process to start (feelings resurge through the pain). Right after comes negotiation, one of the shorter phases during which one tries to “negotiate” so that loss isn’t real, as if some sort of deal would turn back time and undo things. Depression, the following stage, lingers, but will arrive. It starts when the person realizes this loss is inevitable and not an illusion. How people react varies from person to person, but it is common to experience moments of deep sorrow, anguish, fear, emptiness, and impotence. One feels exhausted, apathetic, and any small task becomes complicated. This is a rough stage, but it also means they are assimilating what’s happening, accepting reality. Only after this stage can there be reconstruction, meaning, only after one feels the pain can they start overcoming it. Finally, acceptance. This is the final stage of grieving, and it resurfaces when one accepts the loss, learns to live with the pain of that absence and retrieves the ability to feel joy.

Each case is particular, of course, but it is very likely that anyone reading this text identifies, in their own way, to these stages of mourning after having gone through a moment of pain from losing something or someone – whatever it is. Not so long ago, I myself experienced one of those terrible moments. Nobody died, nor did I break up with anyone. I just lost someone who used to be beside me, and the next day they no longer were. Life stole away one of the loves of my life and I remember spending two days lying on the floor, crying relentlessly with my head spinning in circles. To deal with the physical absence of someone who is always there so abruptly is terrifying. But the stages of Kübler-Ross make now perfect sense to me. I recall that after the shock, I felt that rage. And in that phase, I did things I never thought I was capable of. I didn’t mention before how the anger stage is often paired with a form of insanity (at least it was the case for me), where everything goes black, like a ball of mental wires completely disconnected from each other. There was no space for negotiation (there was no way to negotiate anything at all) and then came dreadful depression. And there, your body falls so far into a pit of apathy and emotional void one could never imagine. There is a physical form of a hangover (confirmed, at the time, by a psychologist) due to the absence of that person. We can ask: “What do I do with all these feelings inside me? Where do I put them?” And there are no answers to be found, because, truthfully, those feelings have nowhere to go. Answers, contrary to what it may seem, don’t come from acceptance either – I prefer to call it surrender. At least they don’t come easily. We surrender to reality and resume (surviving) living – what we call, one day at a time. And then life happens, and we happen, but above all, we learn from it. To say that time heals all wounds, per se, is not try. Time doesn’t resolve or fix anything. The passing of time, maybe.