English version | The root of the matter

What would make you stop dyeing your white hair? Two women are no longer slaves to the standards of beauty (and hairdressing) and proudly assume grey hair - with zero regrets. 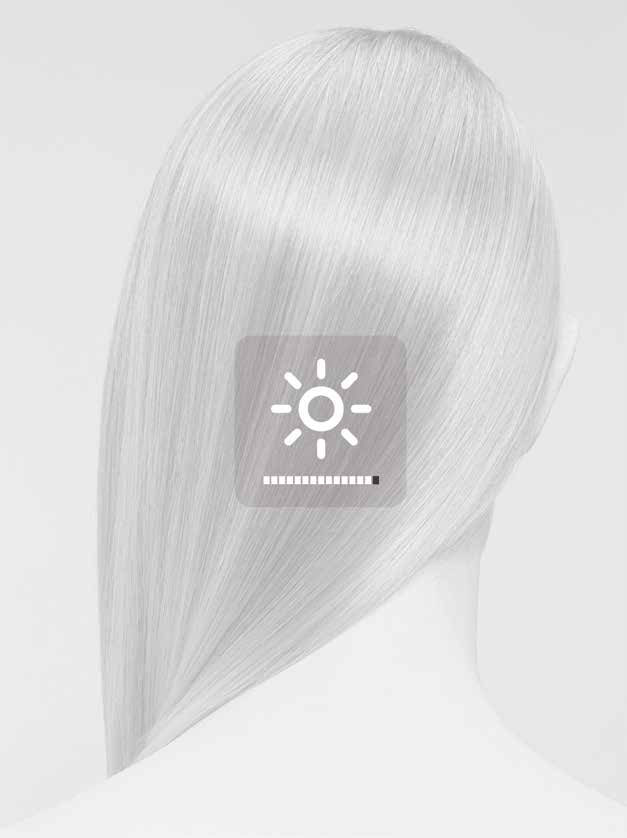 When Jane Fonda burst onto the stage at the last Oscar ceremony, the hype did not take long. Not because of her smile or her magnificent dress - which curiously she had already worn in 2014 - but because of her hair. It's just that Fonda came out with completely grey hair. However, even before the actress embraced the beauty of grey hair, the #GreyHairMovement had already awakened on Instagram, with women all over the world sharing her hair change. Or rather, its capillary acceptance. Grece Ghanem, who is 55 years old, is a popular phenomenon. It takes just a peek at her Instagram account to understand why. Style is one of her assets as she has no shortage in Céline pieces from the Phoebe Philo era [at the time the accent was still a thing], her attitude is admirable, and the same goes for her completely white bob. “I remember I was 28 years old when I saw my first grey hair. It runs in the family, my own mother started to have grey hair at a young age as well.”, she tells Vogue. Born in Liberia, but living in Montreal, Canada, Ghanem has collaborated with beauty brands as distinct as By Terry, MAC or Kérastase. The decision to flaunt her natural hair color came spontaneously. “It was very much related to my lifestyle. I am a very active person who loves to swim, I did not want to have monthly appointments at the hairdresser to dye my roots. Yes, the first few times I dyed my roots as I was a brunette but then I slowly transitioned into platine blonde highlights to blend in with my new grey strands and cover the darker ones. It is now over 5 years that I do not do anything for my hair colour. I am proud to say that is 100% natural!” Today, hair is “a symbol of my own individuality! Contrary to what some random opinions may say, it doesn't make me look older, it makes me feel unique!”, she guarantees. It's just that opinions about her hair (and the decision not to hide it) are not unanimous. “I faced opposition from people, friends and family who found it hard to believe that I was willing to leave my hair grey at a young age despite having a youthful face and character (...) Some people like it and others don't. That is normal and I would not except otherwise. I have received a few comments on Instagram that if I colored my hair, I would look much younger. To them, my answer will always be: age for me is just a number it's how you feel inside rather than the color of my hair!” In spite of everything, the truth is that Grece is mostly complimented on Instagram where she is followed by more than 250 thousand people.“Most compliments are along the lines of #goals from women of all ages and this makes me feel happy that I am relatable to a lot of women!”, she says. For Grece Ghanem, the increased visibility and diversity of women like her, in the media, has encouraged other women to accept themselves - and their white hair. But she does not hide that women continue to feel pressure with hair maintenance. “As with any other aspect in beauty, going grey is not an easy decision but it is a decision that you must make for yourself and chose what makes you happiest! Ultimately, the colour of your hair will not reveal your age but your mindset!”, she says.

Silvina Neder was not 30 yet when she found white strands in her abundant hair. “I don't remember my first white hair because I have a lot of hair (laughs). But it was during my twenties...”, she tells Vogue. Born in Argentina, but living in London, Silvina left her marketing job and, at the age of 50, became a model and actress scoring partnerships with brands such as Pantene. It’s not a secret: her hair may have helped. “I started by doing some highlights, I don't remember if it was because I wanted to have lighter hair or because I wanted to hide white hair, but then in my thirties I was always dyeing my hair, always. I have a lot of hair and my hair grows a lot. And my white strands are located mostly ahead. That is why I had to dye my hair, at most, every three weeks ”, she says. “I was working, I was working in marketing at the time, it was a lot of hours, and I still had to find time to go to the salon to dye it (...) It was like slavery. I remember working a lot between my thirties and my forties, and I recall always having to dye my hair, whether to go on vacation, or whatever. If there was anything important, a business meeting, I always had to dye my hair at the last minute.” With a lot of hair and in rapid growth, Silvina lived in constant distress. “In three, four, or six days I could already see a little bit of white in my hair. I was super, super obsessed with it”, she confesses.

But her obsession would be put to the test with new obstacles. “When I lived in Buenos Aires, I had ‘my’ salon, and the guy knew me, I would call him and book an appointment, it was very easy and practical. But when I moved to Spain I had to find a new place to go, and it was more difficult”. Silvina even tried to do everything herself, that is, dye her hair at home. However, many attempts, clothes and towels destroyed later, she ended up giving up. Years later, she moved to London, where she lives now, and soon realized that it was not just the language she had to get used to. “The logistics were very different. Here I had to book my dyeing appointment two weeks in advance. And two weeks before I didn't know how my hair was going to look! Besides the fact that it was very expensive, considering the values​​that I was used to in Argentina and Spain. It was crazy. Is it crazy to spend that much money, 100 pounds (about 108 euros), 200 pounds (about 217 euros) every 3 weeks?”, she says.

Silvina kept memories of her travels. "I used to see women with white hair in New York, Paris or in trendy cities, and I always thought: 'they’re so elegant, this would look good on me'. I have always been a questioner. Why are men, if we see them with white hair, charming, and we look old? Why? That’s very chauvinist,” she says. In her homeland, it was dramatically different. "They told me 'no, Silvina, you can't have your white hair, you’ll look older'. My friends joked about it and said 'it will be the end of your sex life' (laughs)”. But Silvina wouldn’t comply with it. “I felt stupid, being a slave to the hairdresser every week. I really felt stupid, why can men do it and I can't?”, she would ask herself. Even against friends who “said I was crazy” and that “I was going to look older”, “I was so certain about my decision that nothing made me change my mind”. The transition was difficult at times. It took several months for the white strands to actually reach a desired length. While in London, she says, nobody cared, “in those three, four months when I was letting it grow, I went to Argentina and all my friends said 'you have to go to the salon, I will book you'. And I replied: ‘If you don’t like it, don’t look at me’”.

Only the months passed, and the grey hair took center stage. "White hair started to dominate my hair and people said 'you look fantastic, I love your hair'". At the same time in London, the trend of grey hair was awakening. “Everyone here does a lot of different things and young girls were starting to dye their hair grey! I had a co-worker who said 'oh, I thought you had dyed it on purpose'. And I was like ‘no, I’m letting it grow naturally.’ And she said ‘oh, this is amazing’”, she reckons. Despite the compliments (now general), Silvina does not forget the most important thing: “I love it. I feel free, absolutely free. Because I go to the salon when I want to. When I want to make a cut, when I want something special. But I don't have to go every three weeks”.

The freedom that Silvina Neder talks about contrasts with the pressure that many women still feel to keep their hair immune to the passing of time. “I think that [things] are changing, and that [pressure] exists much less in Europe and more in Latin America. I have girlfriends who are 50 years old and super super fit, but who exercise themselves to death, lose their lives in the gym. And they have to have their hair dyed, and always wear high heels. Here we are freer. But I think it's changing. What we live here now will reach Latin America as well”. We ask her whether freedom depends merely on geography, or whether getting older can help. "Yes, I think it helps. Because you are wiser and... You don't care (laughs). But it's something personal..."