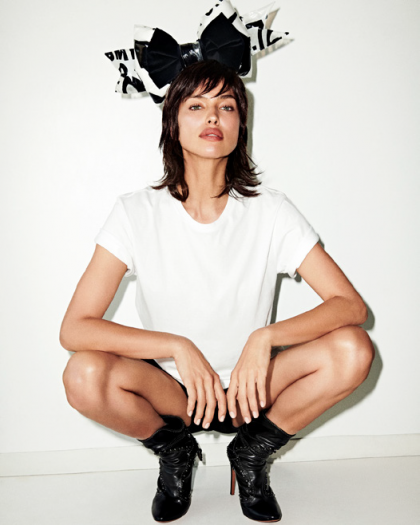 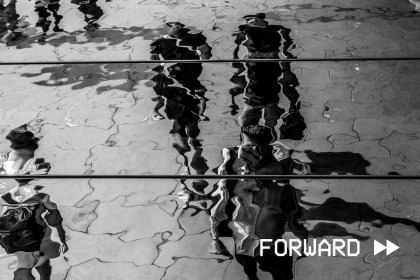 English Version | Step on it

The heart line says you’ll have abundance in love, but there is a heartbreaking separation in the future - if the hands say so, it must be fate. 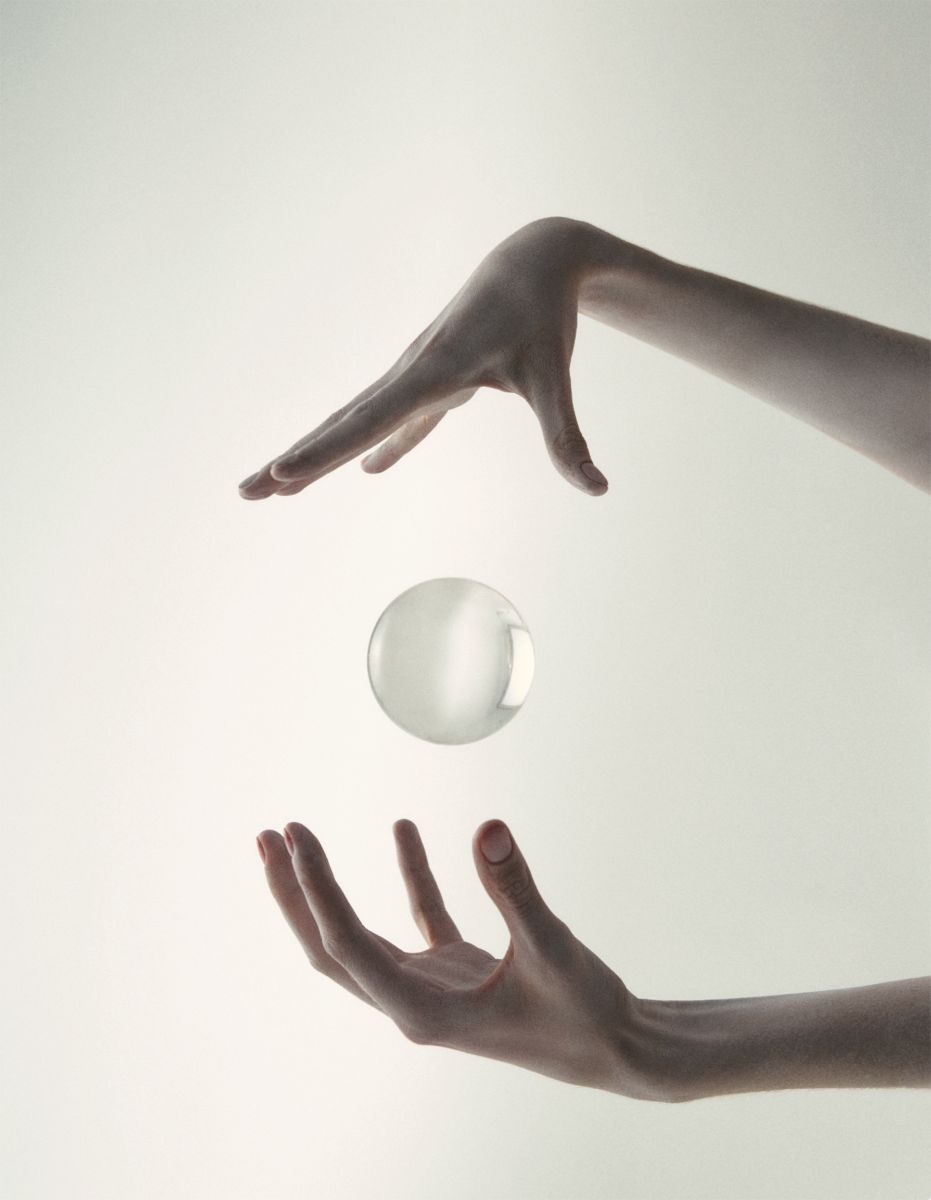 “All I know is that I know nothing”. Socrates’ thought about the perpetual state of ignorance in which we go through all our lives is a great starting point to think about other matters, such as the future. Will we be married, rich, satisfied professionally? And when will we die? All these are haunting doubts, because, for most it is impossible to get a right answer. But… What if we could? Science still hasn’t come up with a way to travel through time and it’s certain that, if it were possible, there would be many interested in jumping to tomorrow to take a peek at the lottery winner numbers. From early on, people have been looking for answers to the uncertainties of the universe. In the Mayan civilization, for instance, it was common to look at the sky in search of the stars to dictate the upcoming terrestrial events. Nowadays, we look for guidance in the lines of our palms, in cards, in the stars or even in seashells. And no, we’re not talking about blindly following the suggestions that come to us - even though it is a fact that Aires people are stubborn and Pisces way too emotional. But suggestion is enough to guide us into one of the ways before a doubt, as it happens during a birth chart reading. All you need to know is the place, date and time of birth et voilà, you are before an extensive description of the position of the planets in the moment you came into the world and the aspects in which they oppose or attract each other. From then on, all you need to know is how to read (fyi, if your rising is in Leo, you love to be center of attention, but you already knew that) the meanings of the influences in your characteristics and competences.

“Deep down, astrology tells us about how and why”, as Isabel Guimarães explains to Vogue, the founder astrologer of the Portuguese Astrology Association. The teacher explains that, during a birth chart reading, “we begin with what is called the trinity: the sun, moon and rising sign”. After analyzing the influence of the positions of different planets - because each star has a specific area where it exercises its power -, “we connect the information with astrological aspects”, that is, the angles at which they connect.

There isn’t scientific consensus that proves there is, or not, an influence that comes from the planets, but Isabel Guimarães assures that “what is behind astrology is a mathematical calculation” which also implies the study of astronomy. About what the future holds for us, the astrologer explains that the study of the stars won’t give us a prediction of the days that are yet to come. “What we can do is tell you the trend of certain cycles”, but she says that “we can’t control what the person is going to do with these tendencies”. That is, it’s not possible to say that “tomorrow you will leave your job, but I can say that tomorrow you start living a cycle in which you question if what you’re doing gives you pleasure”. Those trends come from the planets, their movements and influences - and it is guaranteed that you’ve heard of at least a couple of them. Mercury retrograde is perhaps one of the most known. The astronomical phenomenon happens three times a year and is described by the apparently backwards movement of the planet. In astrology, it is a time characterized by messy conversations, misunderstandings and, in general, conflicts between friends and couples - because Mercury is the star associated to communication (oh and the next cycle starts on January 14th of 2022 and ends on February 3rd, so you already know these aren’t going to be easy weeks).

Isabel Guimarães also talks about the return of Saturn, which happens when the planet, associated with rules, structure and obligations, goes back to the exact same place it was when the person was born. So, “around the age of 28 or 30, everyone gets the interference” of this movement, which influences the start of a new life, where youth is left behind and we become true adults, with all the sense of responsibility and ambitions that may bring. Now the usual midlife crisis, at 40, can also have an explanation in astrology: around this birthday, Uranus is the exact opposite place it was when you were born. This planet, which influences change, innovation and individual freedom, may cause “very deep changes” during this cycle, when one accepts that, reaching the midlife, many goals may be yet to reach - which may lead to changes in the course of life and mentality itself. Even without agreement from the scientific community, astrology is a practice many use to better understand what may happen during a certain cycle. Actually, great names of politics, economics and cinema usually go to astrologers as guides. Nancy Reagan, wife of the 40th President of the United States, Ronald Reagan, had regular appointments with an astrologer that advised her in matters related to the presidency. In reality, Reagan’s chief of staff wrote in a biography that “virtually every major move and decision made by the Reagans during my service at the White House were approved by a woman in San Francisco who checked if the planets were in a favourable alignment to the house” - even though the First Lady avidly denied it. John Pierpont Morgan, the founder of the bank J.P. Morgan, once said that “millionaires don’t need astrologers, but billionaires do”. The banker believed that, to be successful in the market, you need more than just good timing.

But, besides the study of stars, there are many other tools that, based on the energy of each of us, help predict, to a certain point, our destiny. Hands are one of the most known cases. There are some who believe that the lines traced in our palms dictate the future of love, fortune and life itself, and predictions can be as precise as anticipating details like great loves and their durability. Another tool that, despite having its origin in the 14th Century, is still practiced a lot is tarot. First things first, let’s be practical: “for all purposes, tarot cards are pieces of cardboard”, says Guilherme Botelho, tarot reader and teacher at the Portuguese Tarot Center. The essence of the reading is in “the person’s energy”, which will be mirrored in the arcana - the name given to figures represented in the cards. The deck of 78 representations is made by 22 Major Arcana - the symbols of people and situations, like The Fool or The Tower - and 56 Minor Arcana, a set of suits and numbers. “Each card has a very wide and meaningful meaning” so, depending on the different combinations that come up during a drawing, the message becomes more and more specific, as Di, tarot reader, explains. A practitioner for more than 15 years, the reader says that cards don’t give a prediction of the future: “tarot evaluates the energy that a person is living through at the moment”, so “we all have free will to decide what we are going to do. Before energies and situations, we can choose”. What happens during a reading is that there is “call for attention, advice or guidance”, Di says, and, above all, “a perspective for the near future” energetically speaking. So, “if you keep acting with the same attitude, the consequence will surely come”.

It is not only cards that are said to have the power of capturing our energies and suggesting the best path to follow. Cowrie shells are also used in several cultures to divinate. This practice is intimately connected to religion and it is believed that the orixás, deities represented by nature, have an influence in the tossing of the shells. Guilherme Botelho explains that whoever is reading “will say the answers, but not the questions”, that means the questions “are asked mentally” and the person will throw the shells. Depending on the method used for the game, “the answers are essentially yes or no”, but there are “more elaborate techniques” that implicate, for instance, “using an astrological mandala divided into 12 houses and seeing in which area the shells fall”. Any of these practices, be it astrology, tarot and cowrie shell divination, and “guidance, counseling and self knowledge” tools, as Di finishes. Now, whether our hearts will be broken or if we’ll have a new job opportunity in the future, there is no crystal ball that knows - only time will tell.