Have you ever wondered what everybody means when they talk about artistic freedom? We invoke his close relative, freedom of expression, over and over again, especially when we feel that it has been taken away from us. And, in fact, this common denominator has become the most claimed precious asset throughout history, sometimes through civil movements, political revolutions or artistic manifestations. 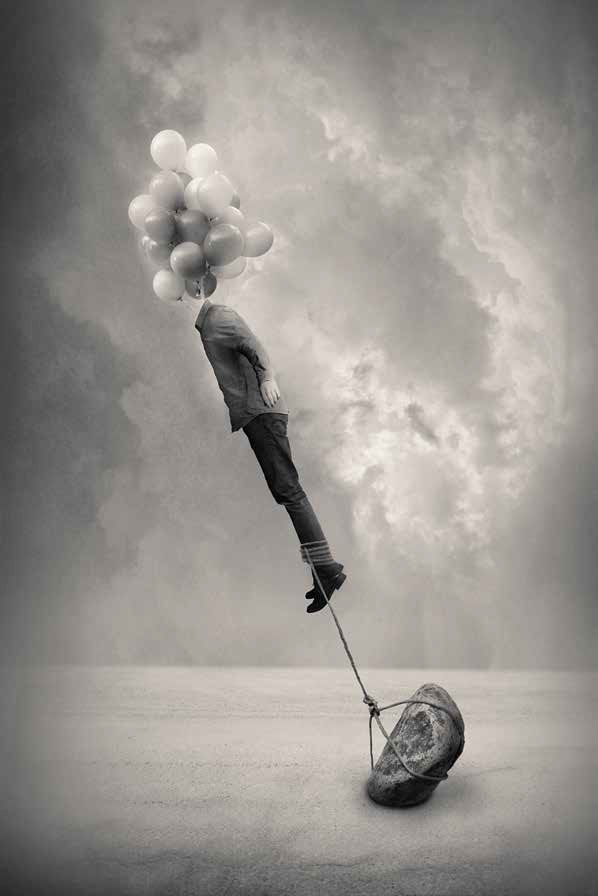 If we didn’t know that it was the motto of the French Revolution, or that George Michael gave it a voice in the 90s, we would at least know that freedom is an inalienable right, and that any form of expression, artistic or not, can be its ground of action. Thus, if freedom of expression is the possibility for someone, whoever they may be, to express their voice, artistic freedom is the autonomy of an artist to create his work. These two concepts intersect in their most political sense, insofar as all citizens can be an intervening and active part in life of a community. However, in order for this cultural life to be open to all, it is necessary to have conditions, means and instruments that promote this territory of creation. Despite the incessant conversation about the various forms of freedom, the censorship of movements, behaviors or any expressive gestures by an individual (or group), either by governmental force or by agents external to the State, is admittedly serious. Which led to concerted action among political powers from around the world, the UNESCO Convention on the Protection and Promotion of the Diversity of Cultural Expressions, 2005, from which annual reports have been produced with proposals for implementation and support to governance systems for culture. On the other hand, independent international organizations, such as Freemuse, present themselves as agents of defense of freedom of artistic expression. On the digital platform of this organization, we find an analysis of cases of violation of that freedom, for which a legalistic reading is proposed that evokes basic human rights principles, such as equality or non-discrimination.

According to Paulo Mendes, visual artist, regardless of whether it is artistic or not, freedom is always the most powerful and important concept of all, being the basic capacity for us to reflect from a critical point of view on everything, where nothing is untouchable, which constitutes the role of the creator. However, the also art commissioner, with a career spanning almost 30 years, manifests a certain concern regarding the restriction of freedom in the contemporary. “I think that, today, there is a problem that seems to me to be quite serious, which is self-censorship that is being implemented by a kind of contemporary medievalism”, he declares, comparing a certain naivete and idealism that was experienced when he started working, in the 90s, to something more insidious today. “Today, there are these kinds of public courts. On the one hand, they can have the advantage of quickly putting things in front of people, but at the same time there is a great perversity [in the way] these events are judged and promoted; how they are distorted and perverted”, he explains.

Artistic freedom was one of the great motivations of April Wiser to create the digital platform FFU (Foto Femme United). In order to give visibility to the photographic work of women, non-binary and trans people, the founder says that the reason she wanted to start this project is related to a series of initial suspicions about the lack of women in the photography sector, which were later confirmed. “The more I talked to women photographers, the more I realized that it wasn't something in my head or that it was just isolated events,” he explains. In fact, the constant transformation of this platform, from an Instagram account created in 2017 to its most recent form as an independent website since June 2019, was largely due to the restrictions and censorship suffered. "It was a relief to have our own platform and to be able to choose what we want to show. It was becoming frustrating to have works removed with comments from the social networks themselves indicating that we published pornography, or that the images were sexual or vulgar. I imagine that some users have also complained about our images, sometimes there are people who do not understand or agree with the third feminist wave.”

Technological developments and the expansion of digital media have brought a series of new questions and attempts to rethink communication and information distribution. If, on one hand, the dissemination and democratization of information appears as something positive from the point of view of freedom of expression, on the other hand, its excess and fragmentation often lead to inconsistency and dispersion in the way in which that expression is constituted. Examples of this distortion, such as fake news, are known for their evident and, above all, dangerous political manipulation. “I think that obviously new technologies have a lot of advantages and you have access to a lot of things, but there is a kind of euphoria that I don't share. I don't think it's all positive, and I have a lot of doubts about the new generations and how they will use the new technologies. I think they have the advantage of speed, and of escaping from the media dictatorship and the status quo. If information does not flow through certain networks, it can flow through others. That side is interesting because you can create short circuits with what, in a way, they might want to shut up. You have the possibility of having a voice amplified by these networks, but on the other hand, there is a whole manipulation that is done and that scares me a lot, namely political manipulations. And that is quite scary, because for us it is still a bit invisible, because you cannot get a sense of what is done and what is going on, but then you have the results. It is a kind of invisible hand that is behind and that you cannot perceive”, says Paulo Mendes. April Wiser, on the other hand, finds in the digital medium and the Internet not only a way to reach the maximum number of people, but also to its target audience. “It is millennial and it is young. I love working with prints, but for us, in practical terms, it is the best option”, she says. However, the American artist does not deny the perversity of a system that she assumes to be inconsistent and that hinders the promotion and visibility of certain works. “What I and many feminist photographers are trying to understand is why they accept certain images from other accounts that, according to their own ‘community guidelines’ violate those rules. And when we try to publish images with the same ‘amount’ of nudity, they remove our images,” she says.

“I think that freedom as a word, in a way, is threatened, not directly. Of course there is freedom, but that freedom is not straightforward”, comments Paulo Mendes, whose artistic work has already suffered direct censorship attacks - works like the Portuguese Monochrome (black and white flag of Portugal hoisted on the window of the old AXA building in the middle of Avenida dos Aliados, on April 25, 2013) or Did 25th of April revolution exist? (billboard proposed to the Lisbon City Council, under the project Quartel, Arte, Trabalho, Revolução, in 1999). “The problem with this freedom is that it is not total freedom. Often, people do not speak out because of fear. And fear has the shape of economic dependency, it has the shape of social connivance, it has many possible shapes. These and other underground layers are very important to condition people's thinking and action, which we never talk about because they are very invisible, almost petty everyday things, but, deep down, there are many of those things that make people not react and not take other positions ”, he defends. Self-inflicted censorship as a product of a depoliticized life can lead to intimidation and the consequent lack of expression on emerging political issues. “The role of artists in different socio-political moments is to start a conversation, in the sense of making it stop. Or, using another image, it is to stretch the rope as far as possible and understand the limits of the system”, says the art commissioner, whose exhibition Trabalho Capital, inaugurated on March 7 in the industrial landscape of the old Oliva from S. João da Madeira, refers to the historical figure of the worker. “I think that one thing that has always interested me is the way visual artists or creators are looked at as workers. I am interested in the figure of the worker as a kind of symbol of a certain class that has to fight for a certain objective and has to claim with other classes the best conditions for their work and for their living conditions”, he declares. The relationship with the history of the spaces he occupies and with the people of the community that once inhabited these spaces is, for Paulo Mendes, a large part of his work. “I have occupied, over the years that I have been working, several factories and I always try to use these spaces as envelopes with memory. They are not dead spaces, which have no memory, just the opposite. I want people to go in there and feel that they were places of work, where there is another work. I like to work with this demystification of what is the context of contemporary art”, he explains.

Like the Portuguese artist, April Wiser also claims in art a place of observation and political and social criticism, whose close relationship with history is extremely important in the way it manifests itself. “Art is a form of communication and it is history. Activism and social commentary are both often revealed and expressed through art. Art history is how we learn about people's minds about what happens in the world. It's not just aesthetics. To suppress this is to suppress freedom of expression, which is a fundamental human right.” Paulo Mendes agrees. “People are predisposed to perceive other realities, if they have that possibility. These possibilities are now sealed to them in a way that is often relatively subtle. Exactly because the system knows how to devise ways to show them that it’s not happening. [...] The exhibitions for me are like segments of life, and life is all of that. “If you can show people that there are different ways of thinking, different ways of looking at the world, and if only that is asked of them, you are already doing something that is very important, which is to remove them from a routine reading of the world”. An affirmation that seems to us in no way contrary to what the creator of the feminist collective proposes: “Sometimes art is the only way out, the only voice we have. It is a way of finding solidarity in injustice, it is a way of strengthening, it is a way of starting a conversation about things that people sometimes turn their backs on. It is an absolute necessity for humanity.”