In theory, the world tells us that hope is essential. But why do we need in, in practical terms? Vogue spoke to a clinical psychologist about what hope can do for us – and for our health. 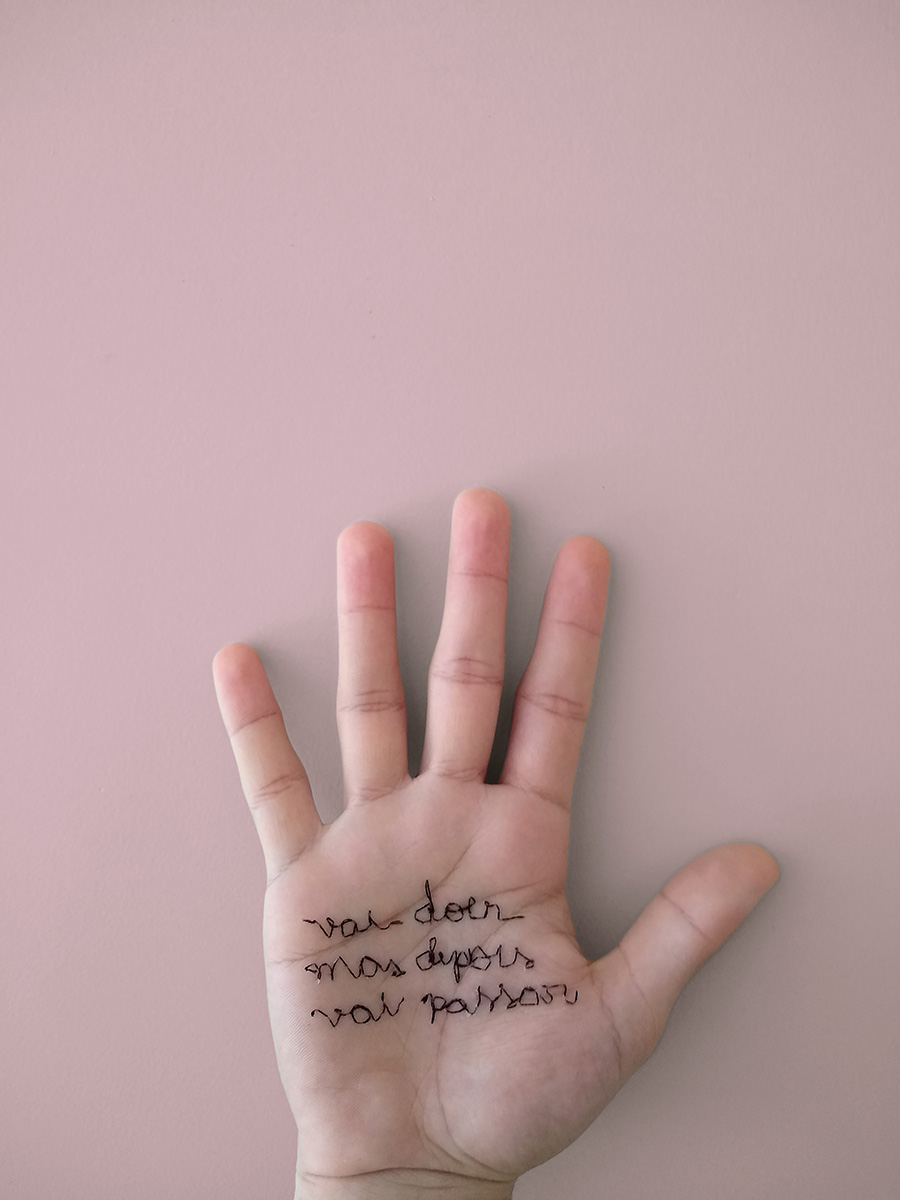 Mauro Paulino is the coordinator of Mind – Institute of Clinical and Forensic Psychology, in Lisbon, and a clinical and forensic psychologist. Speaking to Vogue Portugal, he starts by explaining what hope means – and what having hope entails. “[Hope] is a cognitive construction, sustained by the though oriented towards our goals and the belief in our own abilities to reach our objectives. In this sense, having hope involves the ability to identify strategies to reach a certain goal, accompanied by the self-perception of the aptitudes to start and adapt the set goals, in order to reach a certain end, assuming an active role throughout the whole process.” As Mauro Paulino says, that active role is precisely what is going to distinguish hope from other concepts that are related to it. “It’s not enough to wait for everything to be ok, meaning optimism,” he clarifies. “Having hope requires outlining realistic goals, with personal meaning, and keeping them, despite of all the doubts and constrains imposed by reality.” And that’s exactly where the challenge is. “As a mental construction, hope has a dynamic nature and goes through mutations as time goes by,” Mauro Paulino says. “Concerning that, we know that the mutation of hope is a continuous process that influences our physical, emotional and spiritual welfare and promotes harmony between body, mind and spirit. There is an idea of dynamism and constant change throughout time, where hope is modified, realigned and reshaped, according to someone’s mental map and the external situations that influence it.”

When it comes to the explanation of why hope is so important for our health, Mauro Paulino starts by mentioning that, “as some authors say, the restore of hope is vital to every method of cure, respecting to our physical and mental health, since it enables two key elements, namely the promotion of healthy actions and the prompting of knowledge about health.” As the clinical and forensics psychologist explains, “as a psychological concept, hope activated the motivational system and makes it easier for the response to suffering to involve persistence and active efforts to manage the pain. On the other hand, the lack of hope functions as an inhibitor of the motivational system and refers to a feeling of despair and, consequently, of ceasing all efforts to change a condition that is threatening, accepting the feared situation as inevitable.” Considered an index of the capacity of adapting to a certain disease and an important factor in determining resilience, and also associated to a bigger commitment to positive healthy practices, hope, says Mauro Paulino, can mitigate the speed with which physical illnesses progress and be, as some investigations show, an indicator of mental health. “Seldom times, people with high levels of hope display a higher self-esteem and feeling of wellbeing,” he explains. “Hope also functions as a mechanism of confrontation, coping focuses in the resolution of problems, and makes it easier to manage the symptomology associated with disorders such as anxiety or depression.” Besides that, hope is “fundamental to the construction of a positive identity and maintaining of a sense of personal value, functioning as a source of motivation” – as Mauro Paulino exemplifies, “high levels of hope serve as buffer for women who experience high levels of stress as the primary caretakers of children with chronic illnesses.”

As clear as the importance of hope for our health is, Mauro Paulino says that, for a better understanding of that idea, “it can be important to reflect on the consequences associated with high levels of lacking hope”. As he explains, and in accordance with several scientific evidence, “the lack of hope is associated with depressive symptomology, the progression of illnesses and a higher mortality, when it comes to older people, people who are hospitalized or with heart disease, as well as with the desire of dying, in the case of people who have a chronic disease.” Talking specifically about the case of cancer, “an illness where feeling of lack of hope are particularly present, given the physical and psychological pain associated with it,” Paulino doesn’t hesitate in clarifying the vital role that hope has to play. “Patients with cancer are motivated to keep the hope during the whole process and, furthermore, hope tends to be seen as an indicator of the intention of fighting against the illness,” he says, adding that “the hope of being cured, the hope of living a life that is as normal as possible and the hope of achieving a feeling of reconciliation with life” as examples. And if hope is seen as an indicator of the will of fighting against a certain illness, can it also influence the overcoming of pain or the process of getting cured? “Hope is recognized as a powerful tool to rectify the pain and despair associated with illness. The feelings of wellbeing enhanced by hope can function as an important measure in the process of cure and/or recovery.” Concerning the overcoming of pain, the psychologists says that “people with higher levels of hope are more efficient in managing psychological and physical stressors and, in that sense, tend to show a higher capacity of managing physical pain,” with all of that being facilitated by the tendency that those same people have in “focusing their attention in their goals and in their capacity of achieving them, ignoring the unwanted or negative stimulus.” When it comes to curing, Mauro Paulino explains that hope is fundamental for a person to have an active role in the process of recovering or, when possible, in the possible of achieving a cure. “Take the example of someone who is recovering the ability to walk after an accident,” he says. “Hope is crucial for a total and active involvement in the process of recovering that is demanding on a physical level and, seldom times, on a psychological level, because of the pain and/or fear of failing.” Even in the case of chronic illness, Mauro Paulino clarifies, “where achieving a cure is not possible, hope promotes wellbeing and the intensity of protective factor that prevent the advancement of the issue, given that, for example, the immunity system can be strengthened. On the other hand, negative emotions such as the lack of hope enable physiological processes associated with recovering, which can lead to development of disease and a higher mortality risk.”

Since hope is so important for us, as human being, it seems important to ask: what is the role of this construction in healthcare? “Based on the scientific knowledge available, it’s undeniable that the notion of hope is central to recovery and, with that in mind, health care services that integrate and value that same concept should be developed,” says Mauro Paulino, elucidating that some authors even define hope as a pre-request for recovering, a trigger for that process and, simultaneously, as a factor for maintaining that. “All of the activities involved in healthcare benefit rom hope. The hope of the patients in achieving a cure, easing heir pain and going back home. The hope of health professionals in preventing disease, doing a correct diagnosis and prescribing the right medicine.” In that sense, he clarifies, “healthcare services have the responsibility to provide an atmosphere of hope and optimism, where healthcare professionals, and namely psychologists specialized in clinical and health psychology, play the role of facilitators of hope, whenever patients are unable of achieving it on their own, or whenever their own colleagues are in a state of exhaustion that needs intervention.” “Hope, as it is, is a contagious reality – that is, without the hope of others, it’s almost impossible for patients to keep the hope or become hopeful.”

Keeping the health care reality in sight, and analyzing the way that hope is incorporate in healthcare, the psychologist says that this construct “has been predominately studied in the context of chronic illness and palliative care.” There, he clarifies, “we know that hope is a tool for survival, which justifies the bigger investment. Keeping the hope, ‘waiting with’ beyond ‘suffering with’ allow patients to live out their last days with a greater sense of plenitude, easing the acceptance of death and reconciliation with life.” Even though those studies are the primary focus, the psychologist says that “instruments of evaluating hope are being developed in order to achieve a psychological evaluation that is more adequate to one’s needs,” and also as “a strategy to facilitate the understanding of hope, given its individual nature that can be influenced by stressful events.” Hand in hand with these developments, he says, “investigations have been studying the main strategies for health professionals to promote hope, representing a greater investment and implementation of this construct in healthcare.” And because there is nothing that doesn’t have its handful of obstacles (not even hope), Mauro Paulino refers that this inclusion is also reflected “in the investigations that have identified the challenges associated with the promotion and implementation of this concept and the strategies to overcome them, ranging from the questions of training to the investment in mental health.” The main challenges, he says, are “the need to find a balance between keeping hope without prolonging the patient’s pain or creating false expectations, both for the patient and for the patient’s family”. And even though this is a difficult line to draw, we still look at it with hope. No matter how hard it is.