It is said that the eyes are the mirror of the soul, or the window, if we borrow the popular saying from the English. But in fact, the eyes say a lot about who we are, where we are and the times we live in. 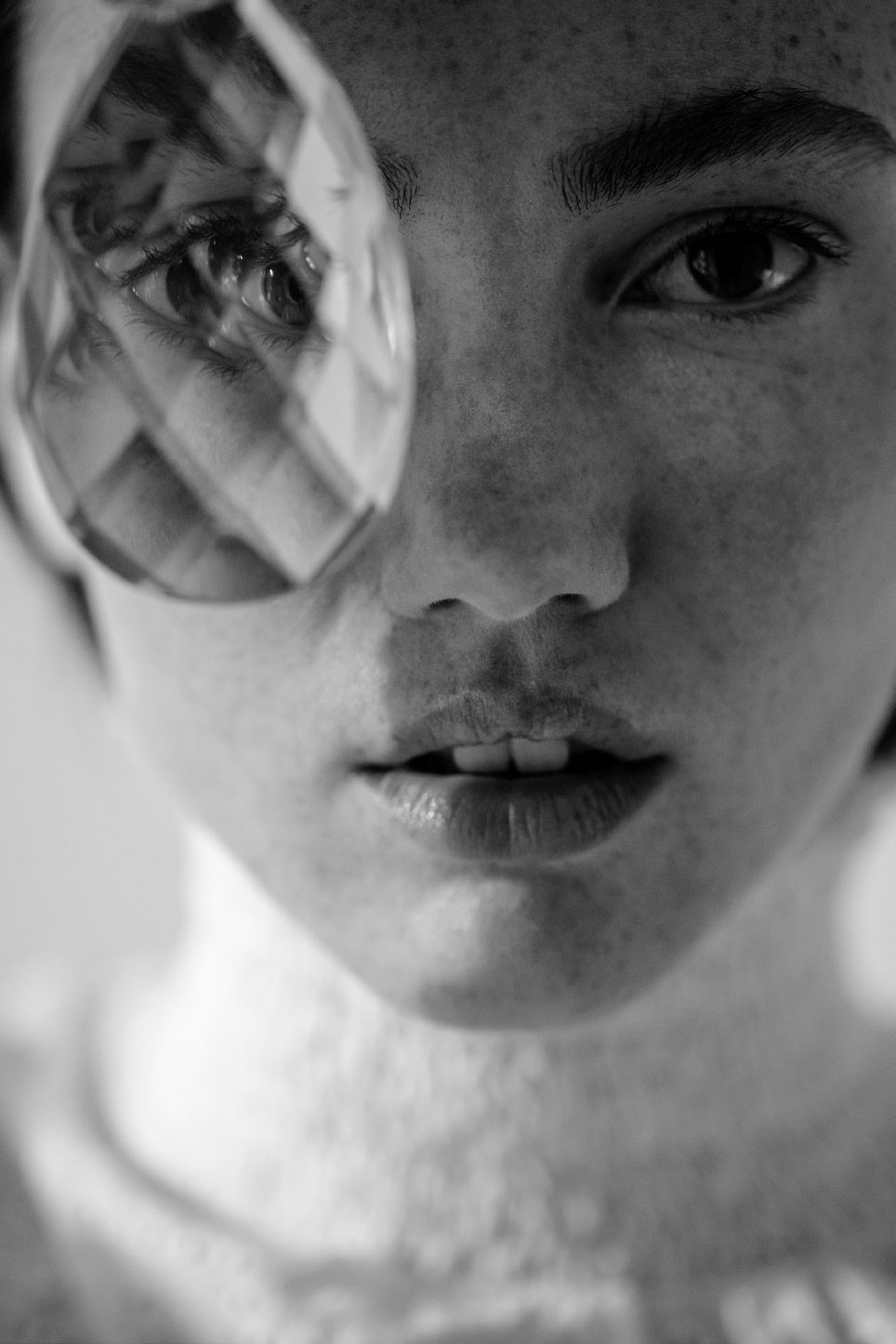 That nude lip or the perfect red lipstick have their charm, of course. But nothing hypnotizes (and intimidates) us like a bold eye look. Whether we are talking about a smoky eye that we never managed to perfect or that eyeliner that we can’t get to be symmetrical, eye make-up is the centerpiece of our makeup goals. And it is also where we can leave the creative juices flow and try out the boldest trends that we have saved on our Pinterest boards. Funny enough, I recently decided that 2021 will be the year that I will experiment with eye makeup and push myself out of the comfort zone - and stay tuned to know how that goes. Whether it is a graphic eyeliner, a colorful cat-eye, or pastel eyeshadow, this is “the” year to let the eyes speak. And since our mouths will remain covered by the masks, the lipstick drawer remains in stand-by mode. Now, I do not aspire with this decision to create a signature image or an iconic look like Twiggy's eyes circa the 60s, but some trend forecasts ensure that the eye makeup is more creative than ever - or as creative as it always was. Andtoconfirmthatwejusthavetotakealookatthehistory: in Ancient Egypt, women and men pursued the perfect eyeliner - and with no YouTube tutorials, can you imagine that? If you have seen the words Kohl or Kajal in your black eyeliner pencils, know that they are inherited from a time where they mixed minerals like malachite, coal, and ash with water or oil to achieve a black paste that was later applied around the eyes. At the time, it was believed that this mixture protected the eyes from the sun, bacteria, and even the evil eye - if you were looking for excuses to pack on that eyeliner, look no further - but it was also believed that makeup used to enhance the eyes was a tribute to the spirits and a symbol of class.

On our way to the twentieth century, we continued to see outlined eyes in Ancient Rome, to darken the eyes, in Geishas, to accentuate its shape, and in some Native communities for spiritual reasons but using red paint instead of black. However, the use of eye pencils, although the pencil format, as we know it today, came later, was popularized and became the norm in the 1920s. When the bust of Nefertiti and the tomb of Tutankhamun was found the usage of makeup, which during the Victorian Era had been associated with prostitution, comes back in style with the Tutmania, which started to influence the fashion and beauty world and brought back the thick and heavy eyeliner. At the same time, Hollywood begins to solidify its role as a trendsetter and the most famous actresses resort to eye makeup to accentuate the expressiveness of their faces, which was especially important in silent cinema. This was also how the smoky eye was born. The male actors also used black pencil, applied in a thin line around the whole eye, more subtly, to achieve the same more expressive effect. Ten years later, wearing makeup was an essential step in a woman’s routine, and this created a demand in the market that translated into the industry of cosmetics being one of the few to continue to profit and grow right after the Great Depression. The same happened during the Second World War. It was in makeup that many women sought comfort, hope, and traces of normality. Later, with the war left behind, makeup regained its role of glamour, luxury, and beauty. During the 50s and 60s, icons like Marilyn Monroe and Audrey Hepburn set the trends with his classic eye looks, but at the same time, some bolder takes on makeup start to appear with Twiggy and Edie Sedgwick - trends that we can now compare to the graphic eyeliners that filled the runways in the recent Fashion weeks. The 70s brought pastel shades to the eyelids and white pencil liner to resemble the eyes of porcelain dolls and simultaneously the hippie movement brought natural beauty and no-makeup makeup looks (when they weren't no-makeup looks). At the same time, some rock stars like David Bowie and Mick Jagger started to venture into the eyeliner trend. Makeup and the big trends continued, in the following decade, to be the amusement park of the artists and, with the age of excesses and consumerism, we started to see excesses also in cosmetic trends: neon eye shadows, eyeliner around the whole eye, metallic and shiny shades, you name it. Just before the turn of the century, it is worth mentioning the smudged eyeliner and the dark shadows brought by the grunge movement in the 90s, which continued to the 2000s.

What about today? Well, after thousands of years of heritage and trends for all tastes, the catalog is endless. We also witnessed the Internet boom and social media opening its doors to millions of creatives who started sharing their work and teach techniques to their followers. And if until recently makeup, especially eye makeup, occupied a place of glamor (although many people include it in their daily lives and already see it as such a normal part of the routine as washing your teeth), maybe it is time to look at it as getaway again, a symbol of hope that characterized it in the 1940s. I’m not saying that what we are living today equates to a post-war period, but I think our sanity is also quite dependent on the creation of small habits that resemble normal life. More so, I think that creative escapes were and have been an ally in combating fear. And even if makeup is still side-eyed as creative and artistic mean, we can for sure find comfort in time in front of the mirror, eyeliner in one hand, and cotton bud soaked in make-up remover in the other, perfecting a cat-eye. When returning to normality, there is comfort in, even with half of the face covered, we can put some color in our eyelids and turn them into shields against fear. I pass the challenge to those who read me and I close this paragraph going back to the beginning: they say that the eyes are the mirror of the soul, so let us see the world with hope and do it in the easiest way possible: with a little color.