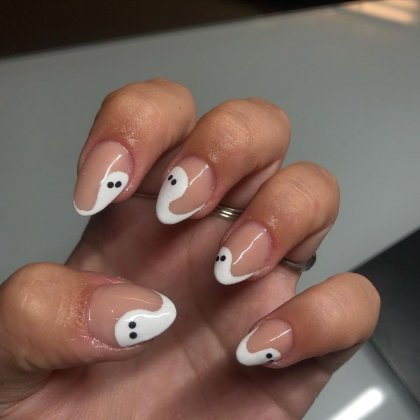 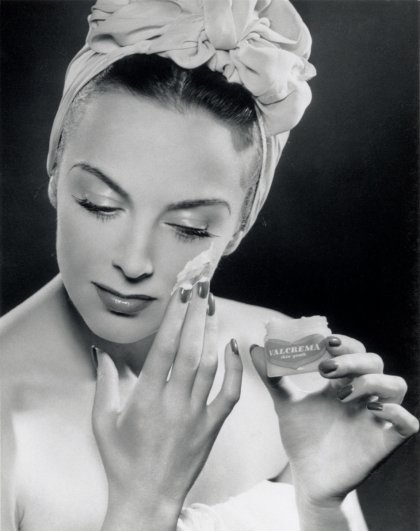 English Version | Lado B: Body I made mine

The skin we're born in doesn’t remain the same for our whole lives. Except for accidents that scarr us forever, modifications that are purposefully done, like tattoos and piercings, are more and more common. But there are those who take a step further and alter body physiognomy, challenging human biology. 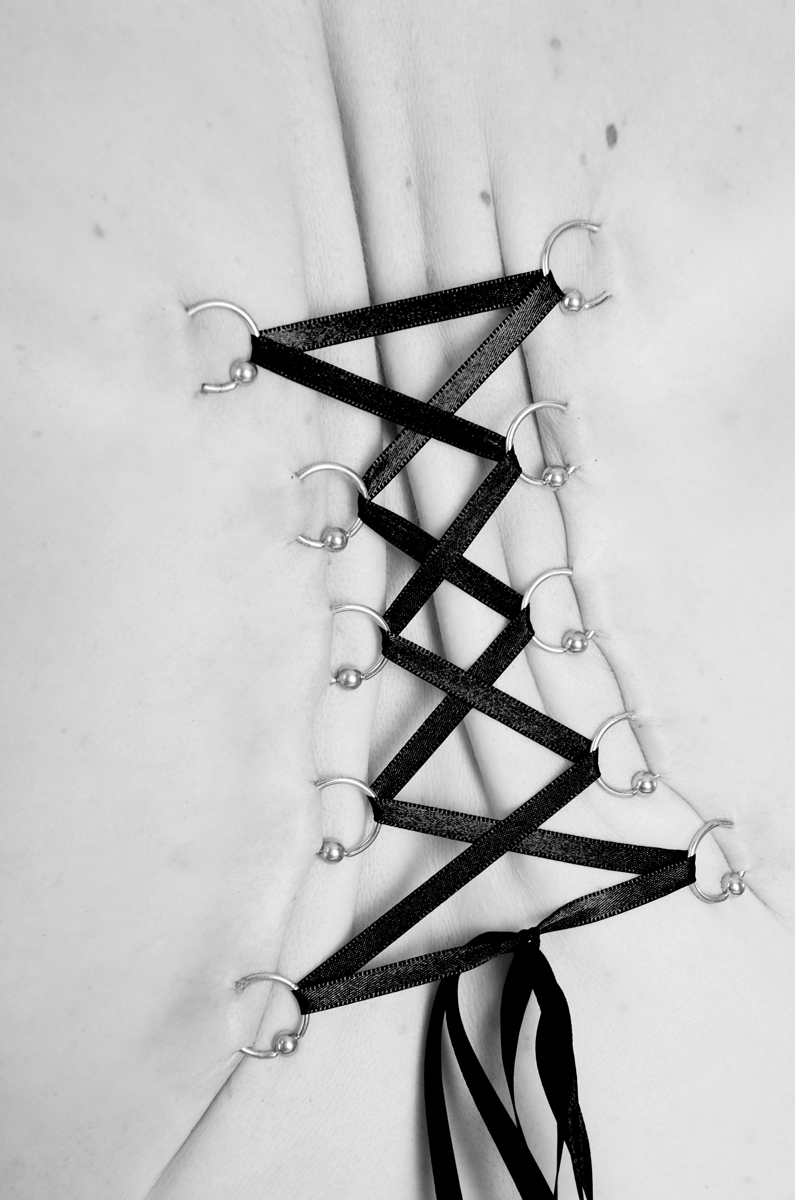 It was in 1891 that the first electric tattoo gun was patented. Until then, permanent drawings were a practice of indigenous people, especially in regions of Southeast Asia, where they were done by hand. At the end of the century, the first women in the United States to have tattoos were a circus attraction who performed shows - it’s needless to say that they were seen as a total freak of society. Piercings had another kind of acceptance, because poking a hole in the ear lobe has been a common practice worldwide for ages. Adorning ears with jewelry was not seen as a deviation, as well as nose piercings, that have been pretty common in asian countries from the start. A few decades ago, those who had a tattoo or a piercing were just that - a freak who lived in an underground world. It is known that nowadays the rule is that people have at least one of the two. As soon as you reach 18, sometimes even sooner, the first item on the bucket list is, surely, to go through some kind of body modification. From meaningful tattoos, matching with a loved one or not, to extra piercings in the ear, belly button or even lip, it’s undeniable how likely it is that everyone has at least one of these. We obviously cannot ignore the great influence that trends have in these practices. Nowadays, those who have a permanent drawing on their skin may go for a minimalistic or author style, and those who have a piercing may feel more tempted to do so in the nipple or septum. One or two decades ago, it was fashionable to have them in the tongue or eyebrow.

The thing is those are not the only two types of body modifications there are, they are just the more normalized ones. There is still, today, a whole underground dimension of communities that take these practices to the extreme, many of them inspired by native traditions. One of the first methods to permanently mark the skin was by scarification: a process that means removing the top layer of skin, leaving a scar with the picked design. Originated in African and Asian regions, it’s a technique still performed by some professionals, having become more popular amongst the bravest. Altering the body for aesthetic reasons isn’t a recent phenomenon: in China, in the 10th century, the tradition of foot binding came to life, in which women’s feet were tightly bound to make them stay small and slim. Over time, it became a symbol of status, because those who could afford to have their feet bound - and deformed - did not need them to work. Despite how archaique this may sound, the practice was only forbidden in 1912. Body aesthetics seem to be the main reason for these modifications, also as “paying homage and symbolizing a conquest or a new phase in life”, as Débora Bento Correia, clinical psychologist at Academia Transformar, explains to Vogue. The choice, nowadays, of getting a piercing or a tattoo can be related to “personal or social matters, from the simplest, like a symbol associated with Fashion, to the most complex, like creating identity. We understand it goes way beyond aesthetics, it’s a form of expression, so there’s a psychological meaning to it”. It’s common to say that, after your first tattoo, you can’t stop, which is clear to some of us that, in a few years, become actual canvases of tattoo art. Débora Bento Correia explains that “we can’t compare someone who has one tattoo with someone who covers their entire body with them because we are, evidently, before two distinct personalities”. So, how do we go from one extreme to the other (asking for a friend)? There’s something satisfactory about not only the visual effect of a modification, but also the feeling it can give, “whether it’s the capacity of overcoming, facing fears and physical and mental boundaries”.

In what is, undeniably, a trend, we can’t help but wonder if there’s something in the way we work as a society that can explain the phenomenon, or, at least, that will characterize those who join it. The psychologist explains that “there are many investigations that prove there’s a relation between body modifications and risk behaviour, since there’s a greater predisposition to a search for pleasure”. In 2006, a study conducted by investigators in the Stockholm University proved people with body modifications have a bigger rate of suicidal tendencies. “Due to the involvement in risk activities, it is believed that these actions may be markers of death by suicide or an increase in accidents among young adults”. But it must remain clear that this doesn’t mean there’s a link between having tattoos, piercings, or any other, and any kind of mental illness. Débora Bento Correia assures us that “the studies that relate body modifications to mental disorders or other mental health issues are, generally, ambiguous, so it’s incorrect to say that the two are related”. There are also many levels of body modification and it makes no sense to generalize these relations. The permanent alteration world doesn’t end with piercings and tattoos, even though there are quite creative variations of them.

Stalking Cat - previously Dennis Avner - was one of the most imaginative minds, who covered himself in subdermal implants and piercings in his cheeks, where he would hook whiskers, to make himself look like a tiger. This is one of the cases that can be fit in a “body dysmorphia situation, which means there’s a distortion of the image caused by an excessive concern with one or more aspects of the physical appearance, resulting in a negative impact on self esteem and a great deal of anguish and heavily disturbing everyday quality of life”. Even though we can’t consider them a form of self harm because the motive isn’t to “cause pain” - even if there are barbaric techniques - they can be used as a coping mechanism. The psychologist explains that “they can be a response in moments of anguish and personal suffering, it can be an escape, even if unconscious, to a phase someone is going through”. The truth is that the whole process of planning, for example, a new piercing and suddenly having a new accessory can be euphoric and, more than that, it’s a distraction. Binho Barduzzi, piercer and body modificator, seems to agree that getting your body altered is “a way of being free and getting liberated from yourself”. The brazilian man first started in the area almost 15 years ago and dedicates to “body piercing, scarification, tongue splitting, subdermal implants, body suspension and genital beading” - yes, this last one is exactly inserting small silicone beads under the foreskin or vaginal labia. Binho Barduzzi, who performs his services in Lisbon, says the procedures he does the most are tongue splitting and scarification, and the prices “vary from € 300 and € 1.00’”, but the most extreme he has done so far was “removing the belly button”. Regardless of the motive behind someone who decides to alter their body forever, the choice “will necessarily have an impact on one's self image and self esteem”, says Débora Bento Correia. It should be clear that self image isn’t just what we see in the mirror, but the perception of ourselves, including inside and outside aspects: “it’s who or what we think we are, our physical and psychological traits, qualities and imperfections, competences and limitations, strengths and weaknesses”. So, it’s inevitable that any change to our physique will have an impact on the way we see ourselves, also because we are changing how we identify, more or less, with our image. “If, by having body alterations, we feel more comfortable in our own skin, that will definitely impact our self image. Actually, there are studies that refer to an increase in self esteem in people who have gone through some kind of modification”. Any of these alterations may sound extreme and unsettling to the common individual, meaning, one who doesn’t usually challenge conventions and is used to some social conditions who dictate these practices are a deviant behaviour, an assumption that, for the fans of hardcore body modifications, may be a problem - the world is still made by “common individuals”. It’s not news that there’s a beauty standard imposed by society that gives “the idea of how our physical appearance should be and what cares we should have”. It also can’t be shocking when it is said that “practically everything that opposes that standard is going to be prejudiced and body shamed”. Actually, it’s not by chance that we consider these practices an underground dimension. “People who went through a body modification process become targets of that prejudice, or critical and judgy looks, of a scrutiny done only based on their physical appearance. That scrutiny is often based on conceptions that these people are marginal, undisciplined, disorderly and even ‘crazy’”. But Binho Barduzzi’s testimony is proof that those who seek these intense alterations can be anyone: the professional says he has come across teachers, nurses, doctors, bankers and even farmers, “people simply without a single tattoo, maybe even considered normal, but come to me for something extreme”.

Not everyone has the guts to poke holes in the ‘strangest’ spots, using them to place locks or even suspend themselves from the ceiling. Beyond the obvious risk of hemorrhage, infection or nerve damage, any modification of this kind is permanent. And, because impulsive decisions can be made, maybe, some say, it isn’t totally wild to understand the motives of who does through one. The psychologist says “there isn’t a physical and mental evaluation process to be able to assess the motivations of who decides to have these kinds of interventions, or if we are before some sort of mental illness - like, for example, body dysmorphic disorder”. But where do you draw the line between what can be considered a disorder or just an identity manifestation? Is it possible to make that assumption simply because someone seeks a piercing slightly more extreme than earrings? When we understand that tattoos, which nowadays are accepted and even encouraged, were associated with the marginal crime world up until a few decades ago, we can’t help but wonder: will it ever be common to have a split tongue or tunnels in the cheek? We didn’t consult a futurology expert who can give us the answer but, in any doubt, we will always agree that any decision, like one of a permanent alteration with no ctrl-z option (or a deeply painful undo, like laser removal), will always imply extreme consideration, leaving any impulsion out of the choice. Even if the level of alteration of an ear piercing and a split tongue is different, weighing every pros and cons never hurt anybody - whether it’s an alteration in jobs, relationships and here, on the body.