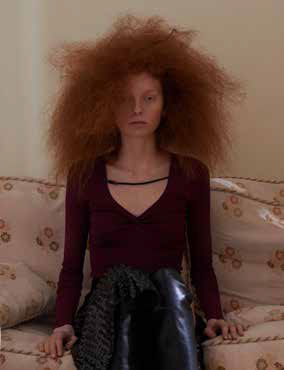 Even if from a distance. At a time when the Vogue Portugal team was forced to work from home, with some elements in the newsroom to ensure that the machine did not stop, preparing the issue you now have in your hands was a somewhat atypical process: more than 2,000 exchanged emails, more than 1,500 messages on WhatsApp, and more than 300 calls and meetings. Although it is possible to make a magazine when we are away from each other, nothing will ever replace the human contact and communication that happens when we are all together, as a team, in the comfort of our newsroom. 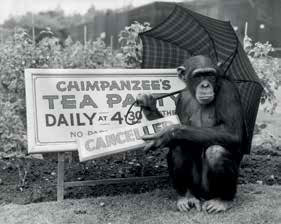 Apart from the eleven editorials that you can see in this issue, six more were scheduled, which, due to the outbreak of COVID-19, ended up being canceled. From stylists and models who were unable to travel to press offices who were forced to close their doors, the impact of this pandemic was also felt in the fashion industry. But one thing is certain: together, we will come out of it with more strength than ever. 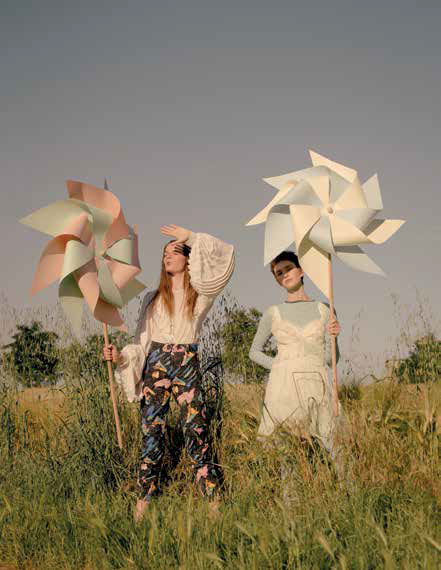 When the theme of this issue was discussed and decided several months ago - what better subject for April, the month in which we celebrate our freedom as a country, than freedom itself? - we were far from imagining that this would be the scenario in which we would find ourselves. Ironic? We would say relevant instead: at a time when we are confined to our homes, unable to see and hug our friends and family, unable to go out into the street unless strictly necessary, or to fight on the front lines of this pandemic (to you, we are thankful), discussing freedom has never been more important. Similarly, it has never been more important to recognize how precious, delicate and necessary our freedom is. 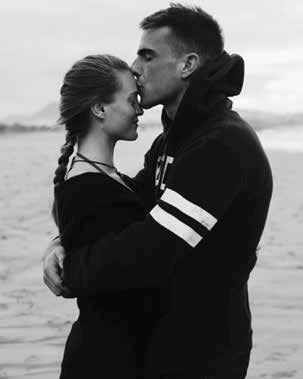 That kiss with a mask on a suspended freedom resonated as familiar to thousands of couples, and beyond, and forever made the pair of lovers Bibi Baltovic and Adam Bardy the faces of a time when loving - whatever kind of love it is – also means keeping your distance, cover your touch, protect yourself to protect others. And, with the constant sharing of this image, the duo also felt that applause. "To be completely honest, it was something I expected," shared Bibi Baltovic. "During the shooting, when Branislav [Simoncik] showed us the image he had just captured, he immediately knew that it showed the only thing that can strengthen our hope - love". “The number of likes and shares was truly impressive”, adds Adam, but he emphasizes that “even more important, it was the idea behind the photo, which, I believe, illuminated the small light of hope of each person who saw it.” Regarding feedback, they also agree that it was very positive. “We received hundreds of messages of support from people all over the world,” they say. "We were grateful for all of them, but the ones that said 'this cover will be part of the story' brought that incredible feeling of seeing it from our point of view as models." And has anything changed, after all this success? Baltovic marks the dream of being a cover for Vogue after almost a decade in the job – “I’m really grateful for the opportunity”, she guarantees. Bardy concludes: “I am sure that this pandemic has had and has a huge impact on the lives of people across the globe, and has shown us that we cannot take the small things of everyday life for granted. Our lives have changed, whether we like it or not, but it is up to us to deal with it in the best way. The ideal is to learn from the situation and try as hard as possible to prevent it from recurring in the future, in any way.”

Did you know that ... this issue of Freedom on Hold has new content? This issue is not a reprint, but rather as a revised and enlarged version of the original. With some articles making room for new entries in this kind of curator director's cut of the magazine, there are new Fashion editorials, new stories, new Fashion pages. All identified with Revisited at the top. If you are grabbing yours for the first time, also know that you have access to the original core practically in its entirety - plus these extras, of course. 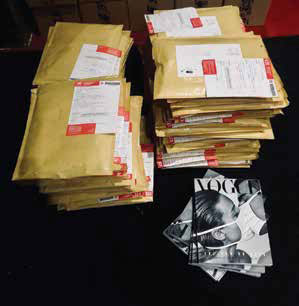 At a time when almost 90% of newsstands and points of sale were closed, our online store was in full swing in clicks and orders. With the team doing late nights to ensure that the number of orders was shipped in the shortest amount of time, tiredness was largely supplanted by the celebration of the new addresses that reached us and the debut of orders from places that were not yet on our list of recipients. Qatar? Check. Montenegro? Check. Australia, Canada, Japan? Check, check, check. Just to talk about the most distant and most unusual. Because we also celebrated the countless orders that arrived from the United States - yes! -, France - très jolie! -, Spain - qué guay!, Among others, and, of course, Portugal. The countless ones from Portugal - thank you!