English version | Before everything else, free

"Free will is not being free." We wonder if, when creating the slogan for the new season of HBO series’ Westworld, directors got some kind of divine sign of what would be happening in the world these days. However, it’s a fact that as we write, this is one of the issues being discussed by philosophers, thinkers, and simple mortals, all concerned with a society - literally - turned upside down. 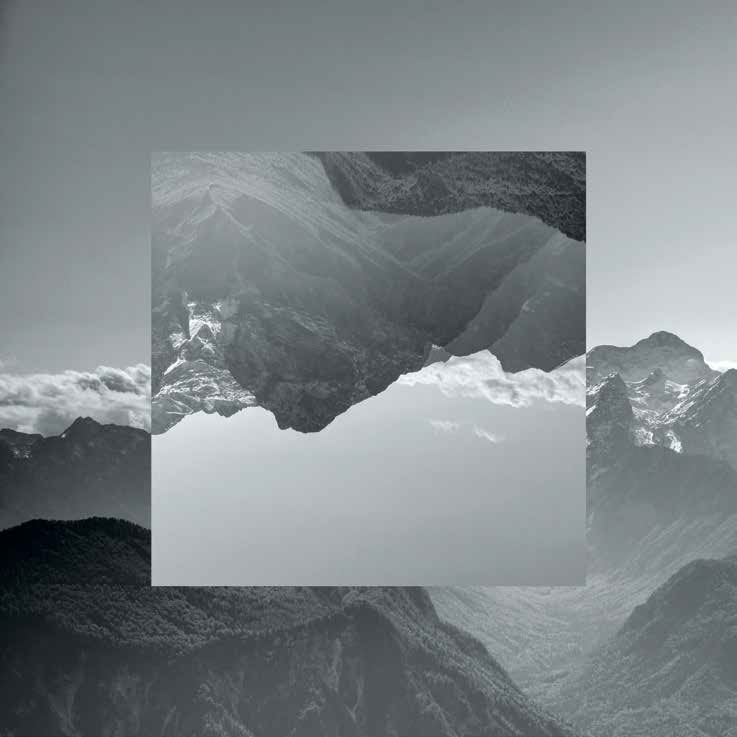 All men are born free. António is a man. António, however, is not free. The biased syllogism serves to exemplify, in a simple - and simplistic - way the current state of affairs. We live in a free country. We are entitled to a set of freedoms that allow us to be, do, think, act, choose, say, manifest, acquire, exchange, dream, imagine. Within ourselves, we know we are infinitely powerful and owners of our destiny. And our reason. This, culture, religion and intuition tells us, is given to us by free will. They are two different things, of course. While one has its expression in the external world (freedom), another belongs to the individual's inner sphere (free will). But, the moment we find ourselves in, confined to half a dozen walls that never seemed so sensuous to us, are we really free? Does our free will remain “active”? Can we still do whatever the hell we want to do? These are pertinent questions, because acts as prosaic as going to the supermarket or pharmacy are now worthy of a marine-like planning: we need to protect ourselves from the environment around us (try to leave without gloves or a mask, and you will hear whispering comments and get incredulous looks), it is necessary to keep a safety distance from those in front of us, it is necessary to be “disinfected” by the personnel who, stoically, remain in the workplace; soon we may need to justify, precisely, that we are on the street to go to the supermarket or to the pharmacy, not on the way to any botellón.

Carlos Bernardo González Pecotche, humanist thinker from Argentina, explained the difference between freedom and free will: “Freedom of worship, speech or commerce, and the same goes for freedom concerning the political, social or economic, are the result of a manifestation that transcends the internal matters of a man. This freedom is required by a logical need for human coexistence and is, at the same time, essential for the individual's faculties to find a more propitious field for its development and function. Condemn someone to endure an oppression that deprives him of his freedom is to subject him to virtual stupidity. A man can be deprived of his freedom, and he is not allowed to move as he wishes to; however, free will will continue to work internally, since no one will be able to stop the activity of thoughts within his mind. Cervantes, for example, when he conceived and wrote while in prison the famous work in which he synthesized much of the observations he had made on human psychology, gave clear evidence that he had not been deprived of the free use of his mental faculties.” And he warned: “Nevertheless, free will, that is, the exercise of reason in direct correspondence with the other faculties of the mental system, can be reduced to a minimum and even canceled, if someone has been deprived, since childhood, of his intelligence functions, being forced to close his mind to all useful reflection.” In short, Pecotche affirmed - for whom freedom, by the way, was a natural prerogative of the human being - "Within the framework of the laws that gravitate on the conscience of the individual, human freedom is the most precious achievement." Originating in the Latin word Libertas, freedom is generally seen as “the condition of the one who is free”; the ability to act on oneself; self-determination; independence; autonomy (via Wikipedia). But, as that virtual library mentions, it "can also relate to the philosophical question of free will." And this is where the two concepts sometimes cross, and clash.

Bernardo Coelho is 41 years old, a sociologist, researcher and university professor. When asked about this topic, he warns that it is one of the most debated subjects in his field of studies. To what extent is the human being aware of his free will? Is this notion the one that restrains, or strengthens, his decisions? “In order to understand people's capacity for action in contemporary societies, we have to articulate what individuals do and the terms (temporary, contextual) in which they do it. People will not simply be victims but they will also not be totally free from the ideological-symbolic structural forces (for example, gender and the limitations that it can exercise in the definition of women's life projects) or objective-material, of contemporary societies (access to economic or educational resources). People have the ability to make decisions about their lives, decisions that are reflective and framed in their complex life circumstances. All individuals are socially reflective, which means they all assess their actions, projects or desires according to their contingencies and objective existential conditions. This reflective process for decision making or action will be common to all people. The greater or lesser degree of freedom of action or in the construction and reconstruction of an individual project of existence (for example, suddenly changing your life:
quit your job and go live in the countryside; or quit your job to take a cooking course and become a chef) does not depend on the degree of awareness of this process of reflexively evaluating your desires (everybody takes stock of life at some point); on the contrary, this potential greater freedom felt is related to the reference universe of each individual: the resources he has at his disposal to imagine himself, to think, to build a life project for himself and to act.”

Destiny. Fate is one of the things that comes to mind as soon as we think of free will, and in a way, freedom. What will be its relationship with destiny. How do you make that connection? “Perhaps this connection is made because it is relatively common to think of free will and the idea of ​​destiny as two opposite poles. When it comes to free will, individuals would have all freedom - almost an ontological freedom like Sartre would say [for whom man is, first of all, free]. As for destiny, it is where fatality lies, something insurmountable, an absolute determinism. And nowadays, strange because of COVID-19, this polarization is even more evident. We, from the modern and highly technological world; we, individuals capable of asserting ourselves in so many daily life plans (occupation, love, family, etc.); we, who feel so free for everything, after all we are faced with a virus that we do not control and that determines us and forces us to change

life and plans. After all, so free for everything but unable to escape this destiny.” Right on the spot. And he keeps going: “But in fact, in the contemporary world, the fatalistic idea of ​​destiny was replaced by the notion of building - relatively plastic and changeable – and of individual projects of existence. These projects and what they define in each of our life plans (work, love, family, friendships, experiences, emotions, leisure, etc.) constitute a new form of destiny that is always open, always under evaluation and consideration. These projects they are reflexively assembled and evaluated by people according to the objective circumstances and conditions that they live and have over time. [...] We are not speaking about individual projects of reflexively designed existence, but dreams or illusions, by definition unreachable (as we do when we start to imagine what we would do with lottery money, for example).” But going back to the current times, we suggest. “Going back to the example of COVID-19, we are surprised with contingency plans, we are surprised to have to be confined at home, limited in our lives, because we apparently got used to living only according to our own assessments of our individual projects - we lost that freedom of evaluating our actions only in a self-reflexive logic, we now have impositions in the way of evaluating what we do, and in determining what we can do. We have a political and sanitary imposition that cuts off - temporarily - the freedom to continue our life project.”

And therefore, accustomed to a free existence, we struggle with a new framework for our self. Where should we go? How far can we go? “Freedom is not something natural or ontological. On the contrary, it is systematically constructed and put to the test”, Bernardo recalls. “Freedom is so fragile that needs to be enshrined in the law, for example, in the constitution, a place where people’s fundamental rights are clarified and defined.” This makes as much or more sense now, when the different “stages” in which the country is found guide, and define, our own action - and, in the extreme, our daydreams. “Freedom is always the result of political struggles and social changes. In this sense, all freedoms are collective. They are collective achievements that must be experienced equally by all people. The so-called individual freedoms do not only concern this or that individual. These are freedoms that are distributed equally amongst all people. I think what I've been wanting to say is that if freedom or the ability to imagine ourselves, to think about the world and others, is unequal (because it depends on the unequal distribution of resources, power and prestige), then this may mean that freedom will only be fulfilled in equality, in all forms of equality.” Perhaps that is why we are used to saying that our freedom ends where the freedom of others begins. "I prefer to say that my freedom is equal to the freedom of other people - of any person", the sociologist opposes. That’s another story, which should also be (a lot) discussed, we defend.

The news are mushrooming everywhere. Newspapers are scarce. People, if they decide to go out, shrink. Toilet paper has unprecedented levels of demand. Surgical masks become essential goods coveted by dentists and influencers alike. Television newscasters seem to be the new collective consciousness. Video calls are the hugs we once forgot to give. We cannot avoid it, there is no turning back, this text would not have followed the same course if the world did not live under the threat of an enemy whose face we do not know. The theme would be the same, that’s true; the focus would be another. More philosophical, perhaps. For now, these are the issues that steal our sleep at night. So, we end with the million-dollar question. To what extent are we really free? “Men and women are free as long as they fight for their freedom and live it. Which means, they will be free as long as they keep being vigilant and loud about inequalities (economic, around class, educational, gender, etc.) that socially distinguish the way people can think and act. [...] People have the ability to make decisions about their lives, but they are reflexively weighed decisions and framed in their complex life circumstances (which include unequal access to resources, power and prestige).” And with that, António from the beginning of this text - who, as you may have already guessed, is all of us - is in limbo because he sees his freedom quite constrained.