If cancel culture goes on like this, in the future we won’t have books, movies, records, exhibitions or plays to recommend. 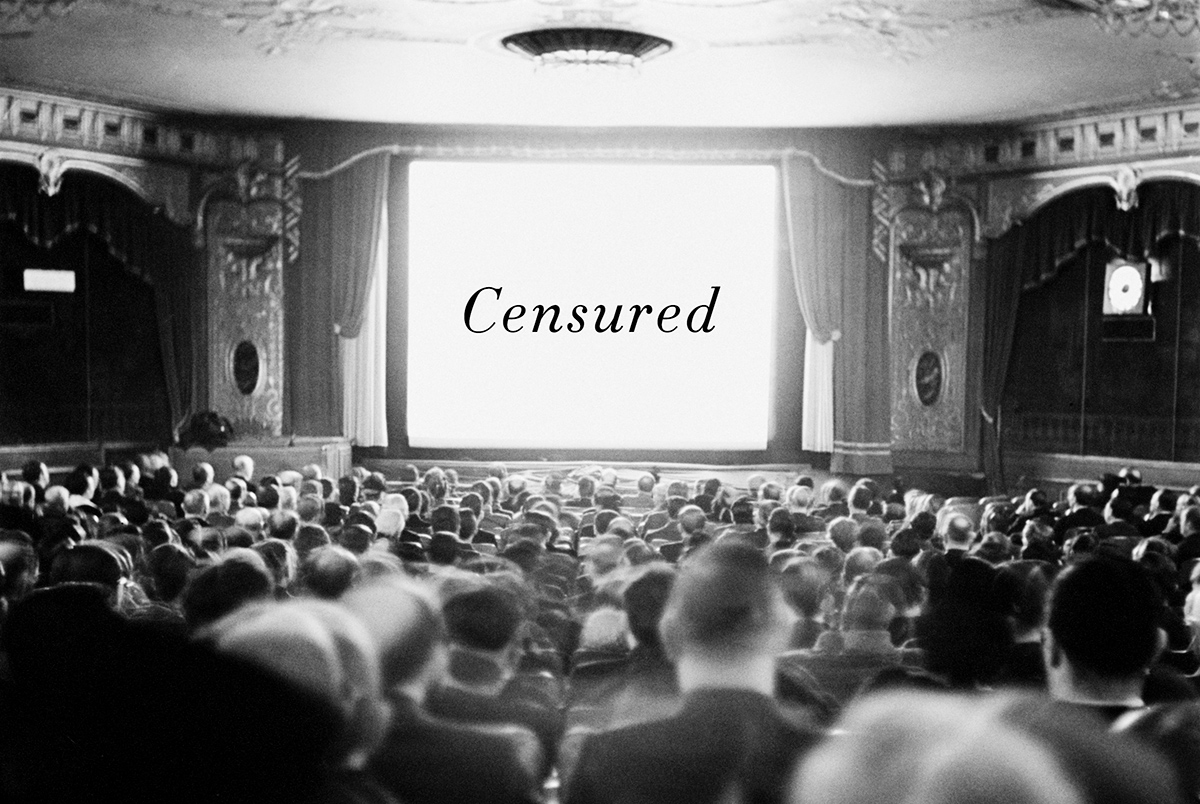 Things that you couldn’t read

The following books were censored, edited, banned, and belong to a long list of works that only saw the light of day because someone punched the table and said: "All of this is art." Reading them, or rereading them, is a continuous tribute to those who wrote them.

Without delay: the subject is censorship. In a number about what is and has been banned, there is nothing like remembering that movies, if we have not yet seen them, should really be seen, no matter how much they have been banned, cut and censored in different places. Any honest list of artistic products that have been censored or contested should start with Clockwork Orange (1971). Anthony Burgess's book has been banned in several countries; the film, which Stanley Kubrick adapted from Burgess's novel, disturbed the public with its images of violence. It was banned in Ireland and in Singapore. Luis Buñuel and Salvador Dali teamed up to carry out the surrealist comedy The Golden Age (1930). Sexual issues (including fellation of a statue's big toe), class struggle and, last but not least, provocations to the Catholic Church have earned the film a ban of about 50 years a little everywhere. Buñuel would get back at interfering with the Holy Church in Viridiana (1961), which earned him the prohibition in Francoist Spain (and the Palme d'Or in Cannes). The Last Temptation of Christ (1988) and The Life of Brian (1979). What do they have in common? Exactly, the figure of Jesus Christ. In the first film, by Martin Scorsese, Christ faces, as the title suggests, earthly temptations, quite carnal, even. In the second, by Monty Python, Brian’s life is explored, the baby that was born in Bethlehem on the same day as Jesus, only in the stable next door - and, therefore, is confused with the Messiah. The films were temporarily banned in countries like Norway or Israel. Saló or the 120 Days of Sodom (1976), by Pier Paolo Pasolini, is divided into three circles: that of mania and sexual abuse, that of eschatology, which includes ingestion of feces, and that of blood, there is a lot of blood, for several reasons, none of them peaceful. It was censored - even (supposed) defenders of freedom of expression questioned the validity of the work; it’s best to see it while it’s not canceled. Violence, debauchery and religion, three of the main arguments used by censors to cancel works - in this case, films. Sex always comes at a cost, as if coitus and other practices that lead to physical pleasure have to be penalized before they appear on the big screen. The Last Tango in Paris (1972) is just one example among many. Brokeback Mountain's Secret (2005) stirred sensitive spirits to another level and introduced two men into sexual practices. Todd Solondz's magnificent Happiness (1998), which mixes onanism and pedophilia, among other ingredients, achieved a notable feat: it was considered “too unpleasant” to be accepted at the Sundance Festival, the mecca of cult and independent cinema. Also Crash (2004), by David Cronenberg - never to be confused with Paul Haggis' moralistic syrup with the same title -, takes sexual pleasure and adrenaline from car accidents to jump straight into the morals of the Puritans. And what about Kids (1995)? A lot of drugs, a lot of alcohol, a lot of teenagers, AIDS, sexual abuse, some violence, all in one day in New York. Disturbing? No doubt. Subject to censorship? In no way. Other films did not even need to use these ingredients to become unwanted. These are the cases of the first Borat (2006), The Blue Kite (1993) or District 9 (2009), which were too unpleasant for what they play with and what they criticize - Kazakhstan, American culture, the Maoist regime in China and racial discrimination in South Africa.

Things that you couldn’t hear

From sociopolitical inconveniences to moans of pleasure, from the theme of war to inappropriate language: there is no lack of reasons for censors, from the anachronistic to the contemporary euphoric, to turn off the sound (and image) of certain songs. There was a time when there were songs that were censored or banned from radio airplay. For example, at the end of the distant year of 2020, BBC 1 censored the original version of Fairytale of New York, by the Pogues, during the festive periods, because of the use of ordinary words. Ordinariness, that rascal, always misleading people. But it was not in 2020 that the BBC invented musical censorship. The phenomenon comes from behind. As early as 1965, British state radio censored the mythical My Generation, by The Who, due to the phrase “Why don’t you all f-fade way”. The BBC's track record in this field is long, and did not look at band names at the time to load into PAUSE. “So, Happiness is Warm Gun, say the Beatles?”asked the Guard Serôdio of Os Amigos do Gaspar. "Stop, this is completely unexpected!" [see Os Amigos do Gaspar, RTP's television series from the 1980s.] This happened in 1968, but BBC’s guardians of morality and customs censored whenever they could. During the Gulf War, for example, 67 songs were taken off the air using the criterion of - figuratively or literally - mentioning the exercise of war or the use of weapons. Among the banned songs, of course, was ABBA's Waterloo. As we said: they did not look at names. This list is not about the BBC, there were many more who did censorship. For example, Blurred Lines, by Robin Thicke and Pharrell Williams, with TI, was “canceled” by several student associations and other groups because of the lyrics. Fuck Tha Police, from the North American NWA, had no space on the radio in the United States. When Rage Against the Machine sang “Fuck you, I won’t do what you tell me” by Killing in the Name, they also didn’t make many friends. Relax, Don’t Do It, by Frankie Goes to Hollywood, was also banned from some radio programs after the programmers realized the content and the meaning of the lyrics. When the topic is sex, we already known, the censors come right away with their pencils at the ready. The video clip for Justify My Love, by Madonna, was so banned from TV’s that the pop queen had to release the single on VHS (and it was an overwhelming sales success, of course). If Donna Summer's moans of pleasure in Love to Love You Baby created obstacles for her, obviously Je T'aime ... Moi Non Plus, an erotic musical starred by Serge Gainsbourg and Jane Birkin, managed to take even the Pope out of his mind - the Catholic Church had not yet entered into this topic and was already starting to look weird. The Beach Boys' angelic God Only Knows has been banned on countless radio stations all over the United States, for being a blasphemy. The list could go on, but it’s best to listen to the records.