English version | Some body to love

It wasn't a body, it was a pair of jeans that I wore until they were ripped. And then I roughly mended them so I could continue to wear them incessantly until youth gave way to other tastes. Do you still remember your first big wardrobe crush? I do. Even more than one. 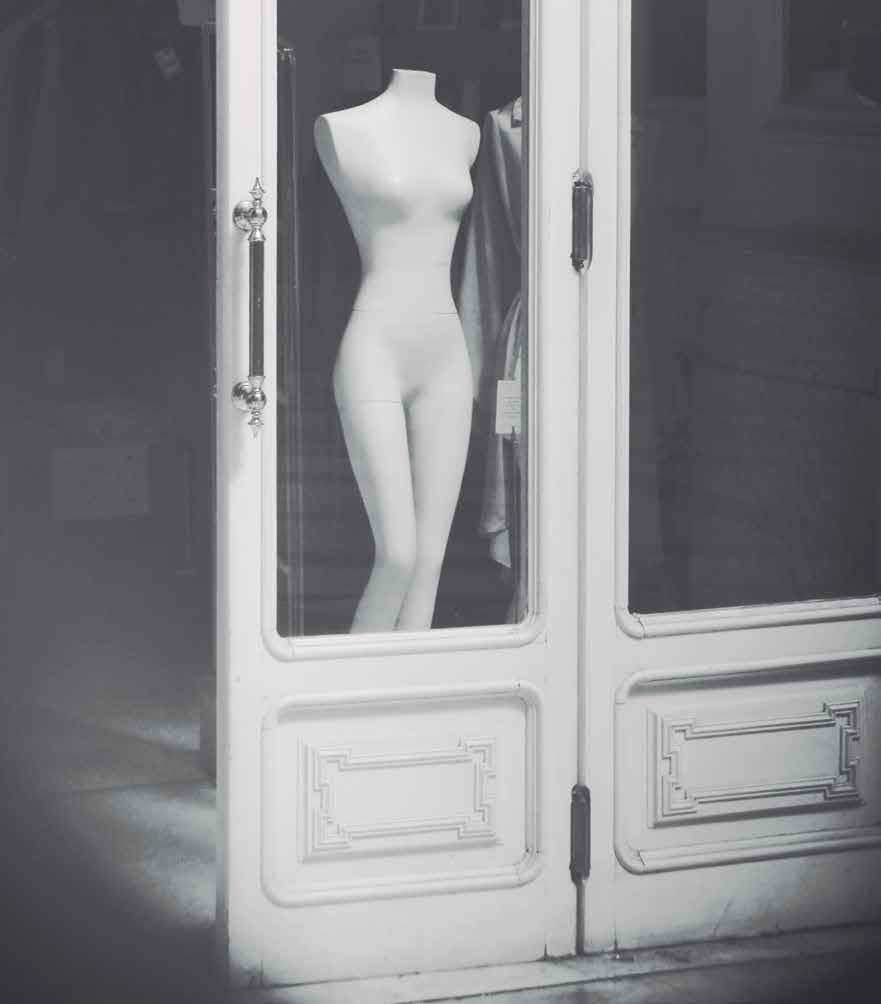 I must confess to my promiscuity: it wasn't just those low-rise jeans (tasteful, nonetheless), with semiflared bottoms, from Salsa, that accompanied me on countless trips, early college years and fostered momentary anger when I didn't find them at the usual drawer. I learned to feel that adrenaline every time I left a store with a piece that I loved and that I felt not only favored me, but represented whatever lifestyle, personality, style, or persona that unstable adolescent me wanted to be from week to week. In fact, promiscuity in wardrobe must haves were closely linked, quite possibly, with the volatility with which I saw myself in the mirror: one day I was hippy, on the other rocker, on the other girly, on the other normcore (although at the time it wasn't called normcore, it was only the 90s and its most basic clothing). But still, in the midst of this ego instability, I remember the 501 and Levi's sweater I wore as a uniform - it was dressing and washing, dressing and washing, dressing and washing ... and repeat; I remember my Spice Girls phase, the vibrantly colored bell bottoms and those platform sandals that seemed like the best invention for a five-foot girl who, if it was up to her, would never go out of fashion (but, thankfully, they did); I remember that Zara's red knit sweater with a V-neck so wide that it left my shoulders bare and I wore it religiously when I had a birthday or event, like a good luck charm. I also remember a silver metal ring that I bought for almost nothing at a second-hand market and that I also believed brought me some fortune - I still have it, although I don't wear it often. But I couldn't get rid of it. There is also something that I still keep, which are two pairs of overalls my father brought me from the States (at the time, you only went to the United States once a decade, for work, almost never on family vacations; it was a distant land, or so I thought) with a Tweety sewed on the front pocket. I pulled the Looney Toons bird out, but I still use both pieces today. Doesn't it look like that romantic list, of textile passions full of designers labels or gold pieces, iconic wallets or a jacket that I couldn't afford, that you were waiting for? Not everyone can have a pair of Salvatore Ferragamo shoes as Marilyn Monroe had on her favorites' list (which came to be part of an exhibition about the actress) or a list of Givenchy's clothing, courtesy of her creative friend, Hubert himself, like Audrey Hepburn, but wardrobe crushes are exactly that - they do not discriminate on size, type or price tag. But I can say that I was as well known for those flared pants from Salsa as Victoria Beckham for her big sunglasses or Gabrielle “Coco” Chanel for her pearl necklaces.

This is one of the most curious aspects of a wardrobe crush: it does not need to arise because everyone likes it, it only needs to arise because the person likes it. Of course, the genesis may be born of a larger movement (let's admit, without shame, that Madonna, the Spice Girls and even Frances “Baby” Houseman, this Dirty Dancing character, all had an influence on our shopping list), but anything can trigger it. Even if it is a need to stand out, to belong, to experience a personality that we often only found with the right look in order to know how we felt in this character. At the time, the look I chose was more or less mirrored in the people I hung out with, something that now happens rarely - or almost never. It is curious that wardrobe crushes, at least those that seem to pave our memories of style with more affection, happen almost always in a youth or adolescence phase, one in which we are still discovering ourselves, shaping personality, associating the outside with the inside. Appearances were the same as being. With age, we learn to be much more flexible and not to let clothes define us - we know what we like, we continue to match the lifestyle we live in or want with the way we dress and build the wardrobe, but, as a rule, we are less unstable to do it, we change our ideas less often, so we start to love pieces, but we distribute love for more than one. Another argument for this is also related to purchasing power. The youngster's allowance should be considered and saved for essential goods - which, as a young person, is the same as a crush; financial independence brings with it the possibility of having many likes and less loves in the wardrobe, because they are no longer so unattainable. Which does not mean that we do not lose our love for something, on the contrary: wardrobe crushes still exist, but they are much more thoughtful.

At 25, for example, I felt that I had saved enough and had little expense to justify buying a Chanel 2.55, which I bought for less than the market price - still, a small fortune. For me, this was not a crush - it was an objective and an investment. The term crushes sounds like some sort of lust with an expiration date that end up in chests with affection, but that lose relevance; wardrobe goals and investments are something that, even on the day they stop belonging to the wardrobe as a day to day staple, as this Chanel did in mine, they are still items that we will revisit again and again until we leave them as inheritance to someone. Perhaps this investment is a mature version of the passions for clothing in youth, combining love for the object with a thoughtful acquisition. I have many clothes by portuguese designers that are still spotless - and I love them all. Even the ones that don't feel so good, I can't get rid of them because they have gained a loving dimension that goes far beyond their continuous enjoyment and inclusion in their daily lives. And because I know that one day I will return to them - because I bought them at a time when I knew myself well and the personality was more or less built.

Which brings up a pertinent question: is this where sustainability steps in, wardrobe-wise? At the intersection of a crush and investment? Maybe… maybe falling in love with a piece means that we will cherish it for a longer time - as long as it is a love nurtured over a long period, carefully considered, and not those impulsive passions we have to have because we just saw that actress in that one film with that actor we love (and they ended up being together, so we can only have the same faith); or, in a more modern version, influenced by that influencer, pleonasm aside, who enjoys life on trips and instagramable cafes and restaurants. Perhaps the sustainability in the wardrobe involves falling in love again with the pieces we have, perhaps crush and sustainability are, in fact, synonymous, as long as the crush changes to endless love to reduce waste. After all, purchasing only pieces that we are hopelessly in love with reduces the likelihood of forgetting them in the bottom of a drawer, right? Perhaps crushes, when they are not impulsive and something you really want (a real crush and not a whim) are, in fact, an investment. Do you still remember your last wardrobe crush? And the first of all? Did you keep it? And even if you didn't keep it, did you pass it on to someone special because you never wanted to throw it away or dispose of it without mercy? Congratulations, your crush turned into love for the planet.