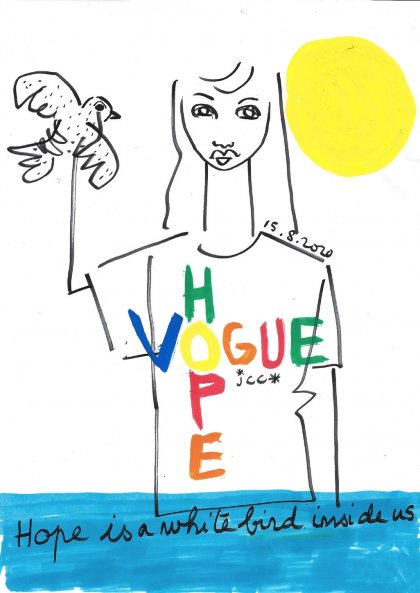 The man that came from the future 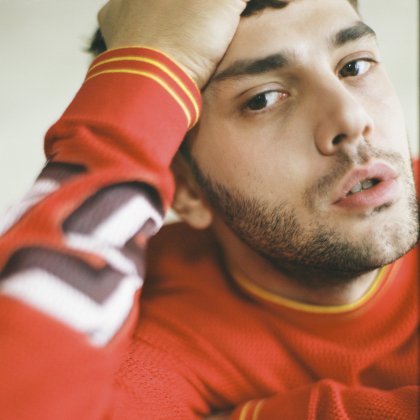 With a historic Vogue cover and numerous campaigns under his belt, the 25-year-old has quickly established himself as one of the greatest image makers of his generation. In an exclusive interview, Mitchell shares the story behind his book I Can Make You Feel Good and delivers an ultimatum on the fashion industry’s diversity issue. 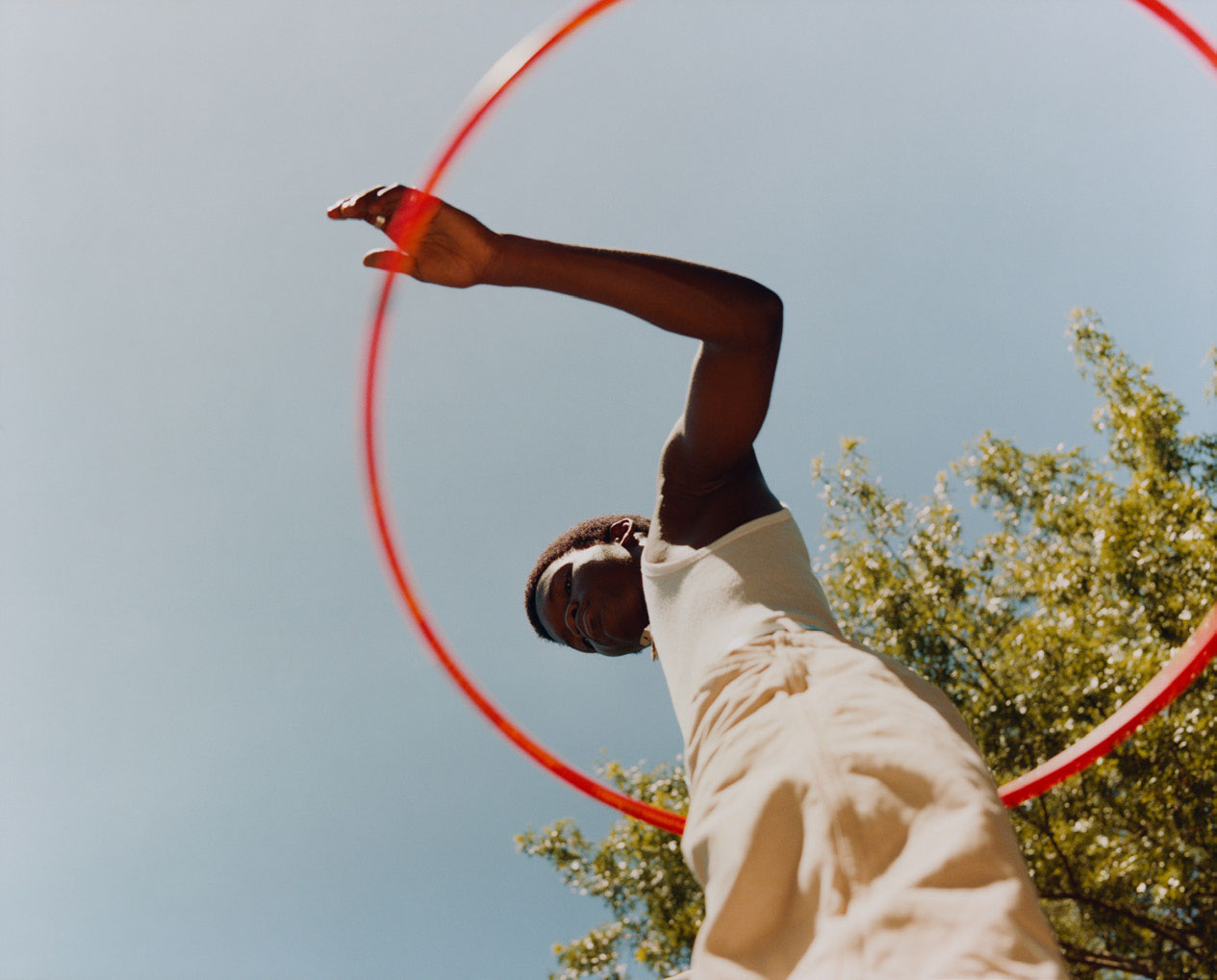 Tyler Mitchell doesn’t want his debut book to sit inanimately on your coffee table; he wants it to be “a beacon of what we hope black lives will look like. Its 206 pages take us on a journey through grassy fields where a group of sundrenched black men and women lie serenely atop picnic blankets, and through streets where young men are dressed in sky-blue collared shirts playing with hula hoops. Mitchell’s work has perpetually encapsulated black bodies as complex subjects, while simultaneously eliminating the idea of the monolithic black experience. His body of work thus far is a powerful exploration, taking the proposal of a black utopia — a notion often dismissed — and not only materialising it, but setting it ablaze.

Sitting in the throng of the millennial generation and a byproduct of the Tumblr pack, the 25-year-old Atlanta-born photographer has already hit many milestones. Initially a filmmaker, Mitchell thrived on creating homemade skate videos as a teen, later producing a book in 2015 named El Paquete, which depicted the skate scene in Havana, Cuba.

Fast-forward to 2018 and the trailblazer shot campaigns for the likes of Comme des Garçons and JW Anderson. A standout talent of his generation who takes storytelling to uncharted territory, Mitchell made history by photographing Beyoncé for American Vogue’s September 2018 cover — the first black person to do so in the magazine’s 128-year history — an image that now sits in the Smithsonian’s National Portrait Gallery.

A beautiful exchange of contemplative art, I Can Make You Feel Good speaks for itself, although Mitchell says he would use the words “nuanced, intimate, self-contained and immersive to describe it.” Using the title of his first solo 2019 exhibition, which was held at the Fotografiemuseum in Amsterdam, the book showcases images taken from 2016 to 2019. It unabashedly provides a deep-dive into various states — outdoor, intimacy and movement — of the black body in all its glory, while using layered symbolism to subtly note the hardships of the black American community inherently plagued by supremacy, systemic and covert racism. Here, the renowned photographer supernova shares the stories behind I Can Make You Feel Good and the importance of representation in the fashion sphere.

I Can Make You Feel Good depicts unrestrained black joy. What are your earliest memories of black utopia?
“I’m from the suburbs of Atlanta, Georgia, so my upbringing was filled with pure nature and luscious green space. As an only child, I was thoughtful and reflective, so during school summers, I was content with going to summer camp and enjoyed simple but banal pleasures, like laying in a field of grass with friends — things we might take for granted now.”

The title of the book is the same as your debut solo exhibition in 2019. What drove you to create the book?
“The exhibition is a fraction of the ideas brought to life in a physical space, [whereas] the book represents an entire body of work and a whole era of my photography and images. As someone who is a huge photo book junkie, they are the main way [photographers] want our work to be experienced and loved. It’s about the crafting element and the extensive nature of a book — in this book, in particular, I chose to fluidly weave between my film, photography, personal and commissioned work. As you’re immersing yourself in the sequence, there is no distinguishing hierarchy between any of those areas for me, which is a beautiful thing.”

The ‘Boys of Walthamstow’ is the cover image of the book. What are your fondest memories from this shoot?
“Without thinking too hard, the cover image was a beautiful depiction [of black bodies] — I love its simplicity. Back in 2018, I came to London and wanted to just do a personal shoot, free of constraints, of boys in a marsh. I reached out to my casting director Holly Cullen who found a great group of boys. We shot in Walthamstow Marshes [in east London] and I remember feeling like the cover image in particular was magical.  Just before I took the photo, I told them to play tag, so the image is the aftermath of them running around shirtless, frolicking and embracing being near each other, but there are also heavy historical references woven in like chain gangs [a group of prisoners chained together to perform punitive labour, a system that mostly existed in the southern states]. The image is also bound with positivity, which I love. All of the characters within the book are friends and have a role within my personal life.”

What is the most important thing for you when capturing the black body?
“All the images in the book were collaborative with the subjects. In the 1990s, a lot of photographers — especially in the fashion space — were more dictator-like in their relationship to the models. With my approach, in being more open to a subject’s ideas, you automatically open up a conversation that is not supremacist, that is challenging the hierarchical infrastructures that photography enforces and that is immediately more black and brown. That is naturally the way I am — curious, collaborative and wondering. I am not the be-all and end-all here, but just one cog in the wheel. The onlooker is more important than any of us.”

Photographer Deborah Willis first noticed you as an undergraduate student at New York University’s Tisch School of the Arts. In her essay in the book, she wrote: “I was fascinated with [Tyler’s] work because I saw how deeply committed he was to understanding images and later changing existing visual narratives about being black, male, creative and young.” How do you think your work has evolved since then?
“I’ve gone through a transformation from a kid making skateboard videos — [my work] was sports and style-based. I started to consider all of the autobiographical ideas about blackness and the identity of black men and women in my community. In terms of the language, there are probably evolutions in the images that are just from my subconscious. People such as Deborah have watched me grow, and maybe the essays illustrate that to an extent, too.”

What do you want the onlooker to feel when they see your images?
“What I want has almost nothing to do with the onlooker and the book itself. It’s about what the onlookers and viewers take from the book and what they bring to it. I hope that in experiencing the book, there is an appreciation of the swarm of images in which the black body is reclining in quiet moments of contemplation, but also in motion — in its very active state — and how all of those states of being can be freeing.”

Representation in fashion is still a major issue. How can the industry effectively tackle inclusivity both behind and in front of the lens?
“That’s mainly for the fashion industry to figure out. It’s less on the black creatives to be teaching and guiding people through it. [Inclusivity] is about truly reflecting what the world looks like once you get out of this bubble of fashion — which isn’t how the real world looks. That will create a more diverse and interesting conversation. It’s not about shouting from the rooftops that you’re more inclusive, but about making it that way because that’s how you genuinely want it to be. For years, black artists have asked: ‘Why would my work about my life, experiences and the lives of those around me not be considered a part of the canon of historical art and photography?’ And that question is going to continually be asked. We need to have a huge push for black and brown folk in front of the camera. I feel as though we are reaching the apex of this conversation right now and I hope it continues.”

What advice would you give to young aspiring photographers of colour?
“Don’t be afraid to say no. Often we’re told opportunity only knocks once — ‘Take this now and don’t ask questions’ — this is how a lot of black artists end up signing bad contracts, and how white supremacist systems continue to exist because of terms that don’t serve artists. Ask a thousand questions and be OK with walking away. I know that’s hard to hear because sometimes there are opportunities we feel we need, but we don’t need anything that is going to take advantage of our experiences and is not beneficial to us.”

I Can Make You Feel Good, by Tyler Mitchell, published by Prestel, is available for purchase now. 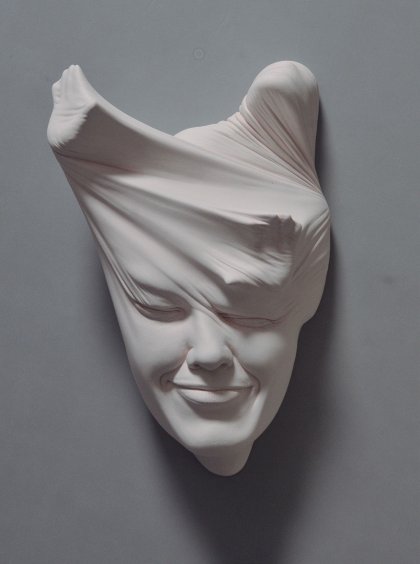 Johnson Tsang's soul holds all the emotions of the world. And in your sculptures too. 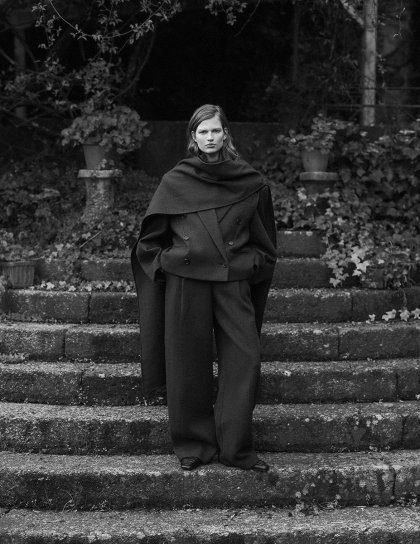 Bette Franke: “In our family Christmas is all about being together, eating and playing with Lego”

Bette Franke, star of this month’s cover shooting “Family Affair”, spoke to Vogue about Christmas, the importance of family, and a life dedicated to Fashion. 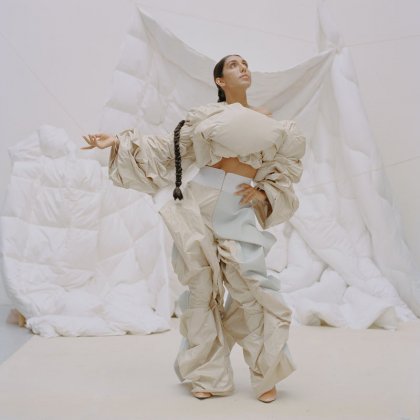 Rupi Kaur: "When we connect, we feel less alone" 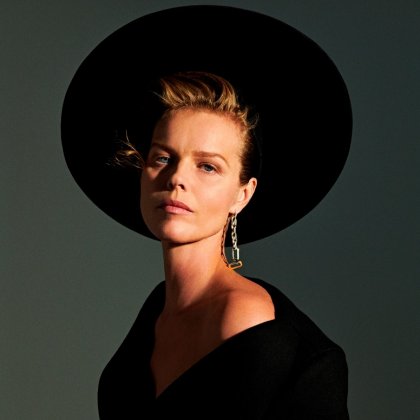