There is a very fine line between that old, yellowish, ultra-comfortable t-shirt that we wear at home on a daily basis - until weeks ago unknown to everyone with whom we have a relationship - and the two-piece suit which is now, for obvious reasons, hanging in the closet until otherwise instructed. This fine line is called pajamas. 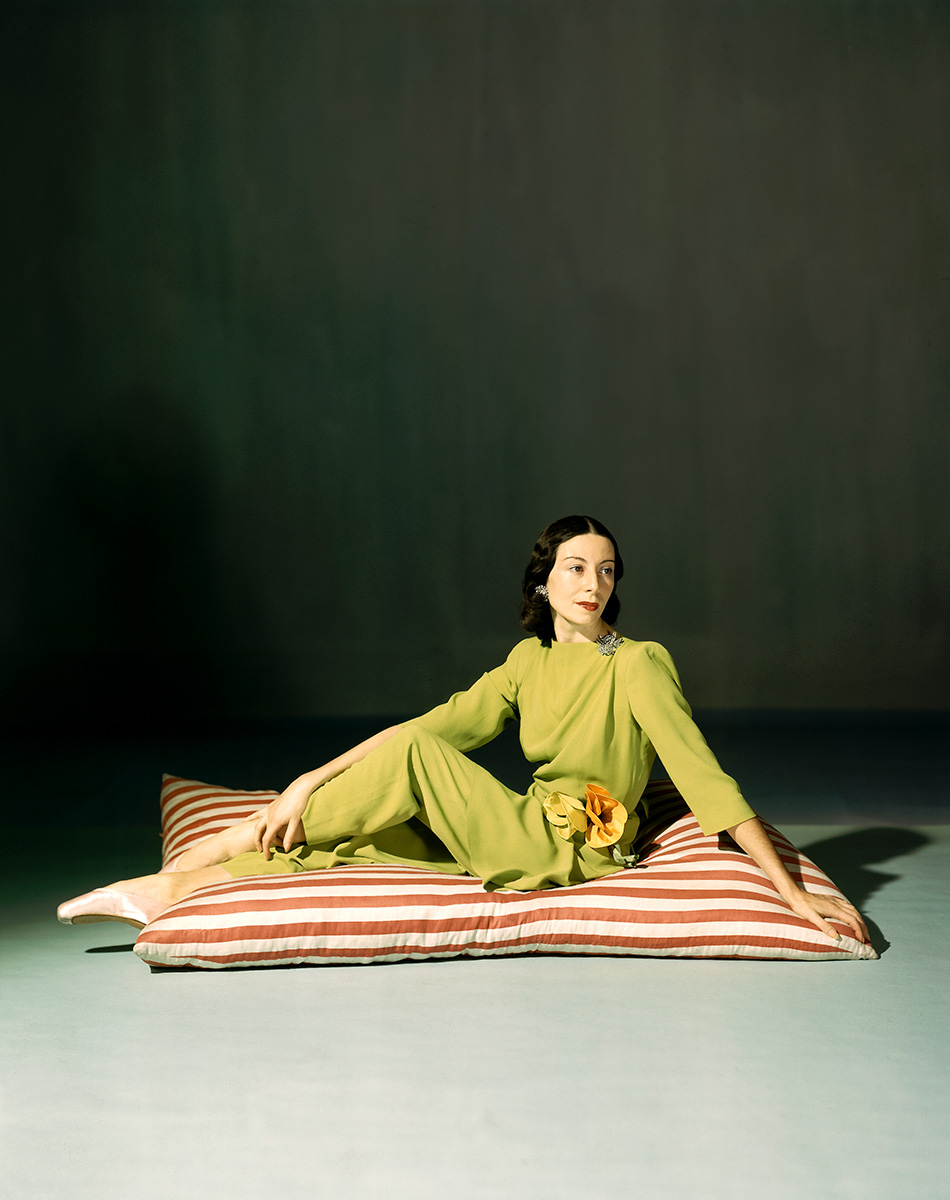 What do Rihanna, Cara Delevingne, Selena Gomez, Chiara Ferragni, Salma Hayek, Sofia Coppola and Gigi Hadid have in common? Okay, this one is easy: money, a lot of money. And what is the similarity that unites them to, say, the woman who’s behind the screen writing this story? We all left the house in our pajamas. In fact, we have all been in our pajamas on the street several times - as far as I am allowed to know from the world wide web archive, which documents their lives, since my forays into nightgowns, or less applauded by the eternal Joan Rivers, from the Fashion Police tv show, stay within the perimeters of the hard disk of my memory. Before you knit your brows at this, we can explain. None of us was, at the time we decided on this outfit of the day, a "woman on the verge of a nervous breakdown." Quite the contrary. Judging by the choices of my contemporaries, be it the printed Louis Vuitton worn by Coppola or the silk two-piece by Morgan Lane worn by Hadid, we all knew we were taking a step forward in our personal liberation: “Today I woke up like this and (some pixie dust later) that's exactly how I'm going to go out on the street.” Rewind to June 2013, the first time I ventured into these wanderings. I left the house to face 12 tube stations, a terrible heat and the looks I got thanks to the less accustomed to my unusual total look – made of a silk leopard print pajamas (which I had just bought on a trip the other side of the Atlantic, from the then very popular Victoria's Secret), some black Converse sneakers and a tiny tank top underneath. The day went well. I was not approached by any stranger. From there I couldn’t stop, I mean, I chose nightwear for every reason and no reason at all.

It is not easy to pinpoint exactly when exactly did the affair between Fashion and this trend begin - whose nomenclature ranges from pajama dressing, pajama look or simply pajama - but Prada's spring/summer 2002 collection seems to have been one of the first to take inspiration from nightwear. Dolce & Gabbana has also been showing women's versions of men's pajamas for a long time. In the hot season of 2009, these were, precisely, some of the most praised proposals by the editors and buyers who were attending the show, who quickly translated the trend to their street style looks. The outcome? Two years later, pajamas took control over the catwalk, from Céline (the accent, at the time, still existed) to Stella McCartney. At that time, the chances that this “trend” (with quotation marks, because no one believed it would actually become a trend) had to succeed were as great as the possibility that, in the 21st century, we could spend a good part of our days afraid to leave home - and here we are. In no time, both 20-year-old girls and 60-year-old women decided to join the novelty, which then seemed like some kind of mini style revolution. Italian Marni was among the first to join, and Etro did the same. So did designers like Marc Jacobs and Armani. Fast fashion chains like H&M and Topshop were quick to launch their versions. Why was pajama dressing, which had everything to be a momentary madness, a success? Because it is universally flattering, that is, it suits all bodies (pregnant ones included) and all ages. Because it is simple, unpretentious, and if the cut and material chosen are the right ones, it can be both elegant and sexy. And because pajamas, being a set, can be worn in several ways: with high heels, dizzying earrings and a matching attitude; or in a more relaxed way, with sneakers, a tank top and hair up. As a plus, the pajama look offers the possibility to dress up the pieces separately - bottoms with a classic grey sweater, for example, or the top with a pair of jeans.

Disclaimer: this trend should not be confused with Hugh Hefner's dress habits (nothing against it, we just want to remind you that these are two different things) but, interestingly, it may be linked to Julian Schnabel's mania. It is said that when Olatz Schnabel, muse and wife of the controversial artist for 17 years, founded his brand, Olatz, in 2003, he did it with his then companion as inspiration. Schnabel, who walks in her pajamas anywhere from a museum in Tokyo to a rooftop in New York, also served as an influence for the creation of Sleepy Jones, which was born in 2013 by the hand of Andy Spade, husband of American designer Kate Spade. The market currently has dozens of names that are dedicated exclusively to this niche, from which stand out F.R.S. (initials of For Restless Sleepers) or Olivia von Halle, and in the international catwalks, several designers decided to bet, once again, on the pajama look, from Chanel to Kenzo, Emporio Armani or Marques ’Almeida.

Are we facing a huge pajama party, sponsored by an industry that has always encouraged us to invest in glamour? Asya Varetsa and Kate Zubarieva, founders of Sleeper - the brand started in 2014 and was provided a great boost thanks to the support of Franca Sozzani, who considered it “brand of the month” - explained to the The Zoe Report website, in 2018, the reasons behind the longevity of pajama dressing: “The so-called dress code has become atavism. Currently, people's perception of style is based solely on their own ideas about beauty and convenience. The role of clothing in people's lives has also changed. Relationships have become less formal, people wear jeans in the theater and get married in pajamas. Life has become much more comfortable.” And if this made perfect sense two years ago, or even two months ago, it makes even more sense now, when half the planet moves within four walls, with little prospect of going out on the street for a few tasks other than buying bread, vegetables or boost our wine cellar offerings. If we don't know when, or in what terms, we will be able to return to our normal lives, the best we can do is pick up the best pajamas in our closet, those we keep for “special occasions”, and imitate the divas of the golden years of Hollywood - Lucille Ball, Elizabeth Taylor, Joan Crawford, Ginger Rogers, all of them had a wealth of sleepwear that would make any specialized brand dead jealous - and transport those pieces to our daily lives. In a way, sleepwear can be the new daywear. We don't know what our grandmothers would think of this, they who would never leave the house without touching up their lipstick, reinforcing the lacquer or brushing their coat at length. But since fashion does not give a point without a knot, there is always a glimpse of glamor that never fades, even in a practical trend like this. The pajama look is light-years away from everything that resembles, or is indirectly linked to, materials that should be under the sheets. Yes, we're talking to you, carded cotton.