English Version | To be continued: Let us not rush, but let us not waste our time

According to Albert Einstein, “the distinction between past, present, and future is only a stubbornly persistent illusion." That is to say: time is relative. But the German physicist goes a step further. To him, one person’s time is not the same as another’s. Beyond that, he suggests that the more motionless we are, the faster time goes by. It seems complex, and it is. 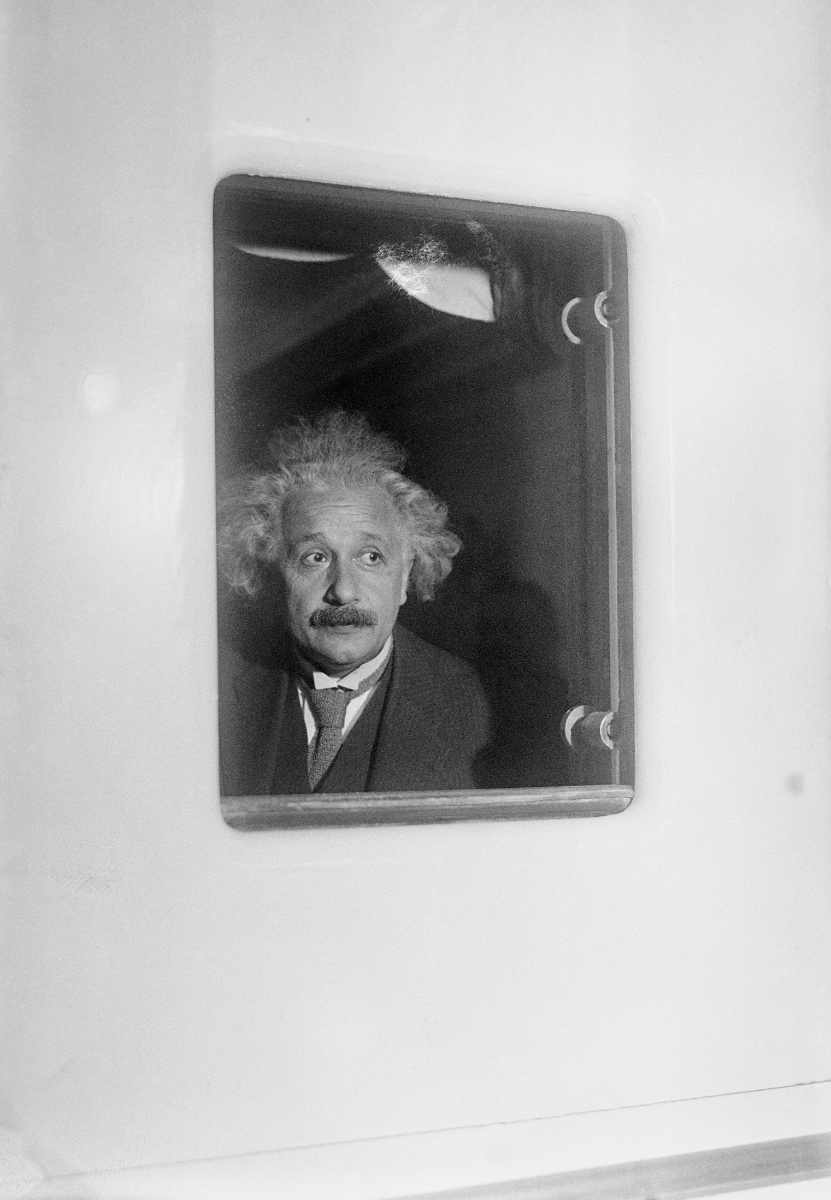 17 is the number of results you get when you look up the word “time” in a Portuguese dictionary. It seems like a lot. It’s not enough. As it is an abstract subject, but so present, almost trivial, in each of our lives, it becomes increasingly complex to put in words what it represents. Namely the time of the cosmos, of the universe, the time that goes way beyond what’s shown on the clock. And from what we can tell… it’s relative. Einstein wrote, “the distinction between past, present, and future is only a stubbornly persistent illusion." In 1905, the German physicist stated that both time and space were relative and they were actually deeply intertwined. The creator of the Theory of Relativity referred to the fact that time is, as the name suggests, relative. The best way to understand the Theory is to look at time as if it were a path we’re forced to take. For example: even if you’re motionless reading this text, the truth is you’re still moving in time. After all, the seconds go by, like a train that is advancing into the future at a constant pace. So far so good. What Einstein genially argued is that that “train of time” goes by faster for some, and slower for others. And that, in order to make time go by slower, we should just move around. It was in this verdict that I had my first doubt. I have always believed in the idea that the more still or disconnected we are, the slower time passes by us. And that if we’re distracted or living intensely time goes by in a flash. I spent a couple of days trying to wrap my head around the Theory of Relativity. My son, a true ace when it comes to science, enlightened me: “Mom, it’s not that sort of time. It’s another time”. I was left even more perplexed.

“But what other time? Is there even another time besides this time?” And so ensued another couple of days pondering about these concepts, that are confusing but scientific - and, because of it, logic? And because of it is logic. I commence with an example taken from my personal life. I’ve been in a romantic relationship for about three years and a half, and both of us often mention how it seems like we’ve been together for 300 years. The truth is in these measly three years a lot has happened. Events, moments, life experiences, and setbacks… Let’s just say that it's been a relationship full of “life” and in no way, shape, or form monotonous. According to my previous perspective on time, the time we spent together should have flown by. However, and here we see Einstein's theory rear its head, the exact opposite is true. Time needs to be going by really slowly for there to be “time” and space for so much to happen. For so many episodes to be able to fit in three years. Time is relative, we got that by now. My time isn’t the same as the person’s who is reading my words. The question we can ask (and that goes way beyond science), goes something like: in what way can we enjoy and stretch our time, if you will? Since we can’t stop it, how can we at least guarantee that it doesn’t fly by at light speed? According to Einstein, everything in the universe moves at a speed that is diffused between the space and time dimensions. For a motionless body, time goes by at an extremely fast speed. But when that body starts moving and gains acceleration in the space dimension, its velocity in the time dimension decreases, making it go by a lot slower. In layman’s terms, we can say that the more life we can fit in our life, the more we can, if not “stop time”, at least stretch it. When I was a kid I had an idea of life that was not very clear. The life I observed around me - from my very traditional and conventional family to the very traditional and conventional lives of the people around me - made no sense to me. I wondered: “Is this all of it? Grow up, get married, have kids, find employment (a word I loathe to this day), be a grandma and eventually die?” The idea terrorized me without even understanding why, since following the patterns we see at home is supposedly the norm. Today, at 40 years old, I look back and it’s evident that my life was anything but “conventional”. Consciously or not, it seems that my eagerness to stop time and enjoy it to its full potential made me have a “very intense” life. Full of backs and forths, packed with experiences, a handful of occurrences that have made it anything but monotonous - and long, very long.

If we want to draw parallels with Einstein’s theory that states, in other terms, that to stop is to die, I believe that to be what life is asking of us. Confucius, the Chinese philosopher, offered the challenge: “How old would you be if you didn’t know how old you are?” I often see women in their 30s, 40s (therefore, young women) that look so old, as if they had given up on their lives, willingly surrendering themselves to the uniformity of life. I think: “How time has rushed fiercely for these women…” And I keep wondering: “Shouldn’t time treat these people better, the ones that apparently keep their life as neat as possible? Why is it that it leaves its marks so abruptly on their faces, as if it ran them over, like a raging train?” The answer, even if not definitive, might be in the quote by the German philosopher Arthur Schopenhauer: “Common people are merely intent on spending time - whoever has some talent, on making use of it.” Well, it's not that we all have to live at a crazy fast speed like there's no tomorrow. Especially because, you reach certain points in life where the idea of fearlessly watching time go by, doesn’t sound, in any way, a bad idea. This doesn’t mean a life of stagnation. There is still a way to transcend the gates of time and space. In Interstellar (2014), the sci-fi movie that (among other things) approaches the subject of the Spatio-temporal theory, Amelia Brand (portrayed by Anne Hathaway) explains this thought: “Love is the one thing we're capable of perceiving that transcends dimensions of time and space. Maybe we should trust that, even if we can't understand it”. The director of the movie, Christopher Nolan, attempted at showing that, when something as abstract as time can be physically depicted in a black hole, so can love. For the experts, this movie is a lot more about love that transcends the limits of time than it is about science fiction. The same goes for this text, because one thing is science, and another is life. And life does not come in books, and we don’t want it to be tested and proven by relatively crazy theories of men with white mustaches and deranged eyes - with all due respect, Einstein. Life is a delicate thing that neither wastes its time nor waits for us. And time is the abstract concept that simultaneously pushes us to the illusion of the past, as it does to the illusion of the present. Both walk forward, to the future. Even if we don’t keep up with its pace.

english version time issue to be continued theory of relativity