English version | To be Continued: "On Wednesdays we wear pink"

True, but this text has nothing to do with clothing, nor with wearing pink on Wednesdays. It doesn't even have to do with the color itself - the one that rules the issue you're holding or any other color, for that matter. This article has to do with school social hierarchies, with the alpha female and with a reality that sometimes - many times - is anything but pretty in pink. 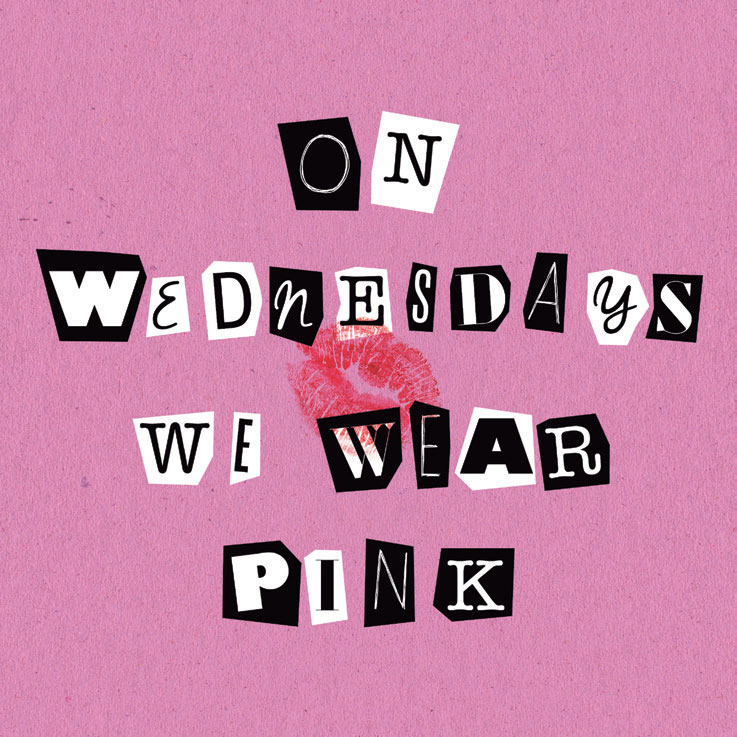 I'm writing this text on a Wednesday, but I'm not wearing pink. Which is normal, considering that my group of friends doesn't have an "alpha female", so to speak - or I could even say it could be me, but that's not the case. It's just that the hierarchies of friendship in my circle are not similar to what Regina George conveyed in that high school scenery in the movie Mean Girls, in which the Plastics - that popular female trio that terrified and fascinated all other students - advocated the popularity of adolescence and whoever wanted to belong or be accepted, would have to please King, the queen bee. And that meant wearing pink on Wednesdays.

But fiction is not far from reality, although the author writing this to you may not be an example: female hierarchies exist at the level of companionship and, although they are usually more evident at a young age, because we are still discovering ourselves and in search of our tribe, this is true for any age group. Belonging is the human being's innate will as a social being and striving for it is instinctive, which inevitably results in accepting (certain rules) to be accepted. In the healthiest connections, equality is most evident; in the lesser healthy ones, friendship is anything but pink.

Why does this happen? Because acceptance in a group, especially in a group at the top of the social chain, which one admires, is intoxicating and blurs judgments. It is not only the blow to self-esteem that makes one submissive and makes one cancel oneself in favor of a group (or alpha person), but to diminuish the rest for not being part of the same group - this syndrome Mean Girls. One that is not exclusive to the school environment: we tend to bring down other women because for whatever reason we feel threatened by them or simply because we always get used to gossiping on their backs and today we almost do it on instinct, without realizing the mistake in behavior. There is no need to speak to a psychologist to realize that we often see others of our kind as rivals, rejoicing in their fall as a way to increase our success. But we are not better because others are at their worst - in fact, we are worse people because we feel that the misfortune of others is our success. In the book Odd Girl Out: The Hidden Culture of Agression in Girls (2002), the author Rachel Simmons voices this female competition: "silence is deeply intertwined in the fabric of the female experience. Only in the last 30 years have we started talking about the distinctive truths in women's lives, openly addressing rape, incest, domestic violence, women's health... it's now time to break another silence: there is a hidden culture of aggression among girls in which bullying is epidemic, apparent and destructive", reports Simmons. And to perpetuate this is made easier at tender ages because we are more easily blinded by a social relationship, by friendships that make our social value increase.

In a survey carried out by American psychologist Carol Gilligan, the feminist shows that relationships play in the social development of girls, and, according to the author, adolescents assume that isolation is a danger factor in their lives, meaning, "a fear that if they are apart, they will be abandoned" (in the case of boys, the fear is of feeling cornered or suffocated). The idea is corroborated by Simmons, who places intimacy as central to female relationships, stressing that "long before they fall in love with boys, they fall in love with each other". That is why the hierarchy manifests itself easily. And obedience is almost blind. Hence, "the relationship itself is often the weapon with which battles between girls are fought," explains Rachel Simmons, which, coupled with the fear of loneliness, becomes manipulative: "despite the cruel things that happened - the array of ordinary emails and anonymous notes, muted rumors, aggressive writings on desks and lockers, disdain and ugly names - what struck the teenagers the most was being alone. It's like the absence of bodies around to gossip and sharing would make the girls so sad and afraid that it seemed to almost extinguish them", concluded the writer. And it is in this limbo of fear that they choose to stay and be part of abusive and unhealthy friendships. It is in this limbo of fear that the existence of an alpha female, apparently sure of herself and, therefore, often dictator, gains room to rule.

But as a rule, at this stage, noone is sure of oneself: the lack of knowledge - and acceptance - itself makes each element give in to envy and jealousy, despising their peers for having the hair, eyes, breasts, body they would like. And the sharing of these insecurities and the resonance of them on one another generates an intimacy that is easily a control weapon, in which the rule of wearing pink on Wednesdays is just the harmless example of a much more harmful and toxic matter.

What the Mean Girls syndrome shows us, too, is that in a phase of adolescence/youth, when we are still discovering ourselves, the need for someone to serve as a guide or mentor becomes a despair, or rather, an obsession, and, therefore, popularity serves as a barometer to create a role model that turns out to be an example, though not always for the best reasons. The best way to counter this is to instill in young women the best values, principles of equality, tolerance and respect, to feel sufficiently self-esteem to be assertive when the situation calls for it. And they can even continue to wear pink on Wednesday: not because it is mandatory, but because it is a manifestation of a friendship where respect reigns instead of a queen-bee. Quoting Madeleine Albright: "There is a special place in hell for women who don't help other women".

Translated from the original, as part of the Pink Issue for Vogue Portugal, published in may 2021.
Para a versão portuguesa, aqui.