English Version | Between Shadow and Light

It is said that if one acts the same, one gets the same result. If so, then why are we stuck to the same actions? And why can’t we break certain patterns? The answer might be simple, but its resolution reveals to be much more complex. The villain is called subconscious, that sort of underground of our conscience, and the great propulsor of certain unruly actions which are, after all and most times, what rules us. And we remain blind. Until we realize them and change, no matter the cost, the path of (our) story. 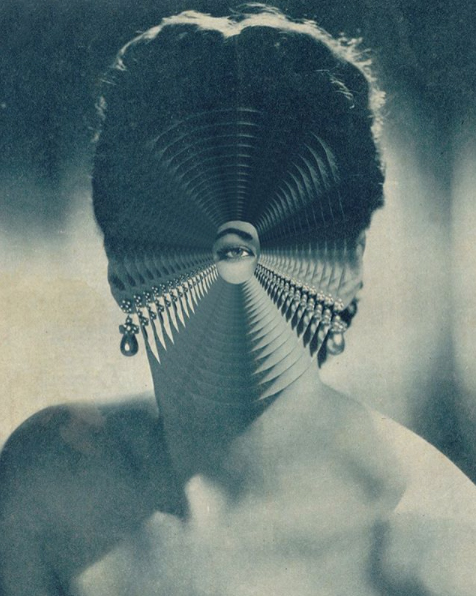 The subconscious voice is subtle, but Freud tells us, “does not rest until it is heard”. It’s clear that his voice doesn’t address us in an obvious manner. No, it’s not one of those voices that we can hear inside our head – to those we can call instinct, sixth sense or even intuition. And those voices are not any less important than our subconscious ones. These are just a thousand other voices that live inside each one of us, each one with its relevancy. The biggest problem with the subconscious voice is that it can’t be put into words. This specific voice can’t be perceived clearly or unequivocally, as the voice of reason or intuition many times can. The melody of the subliminal, which let it be noted, inhabits within all of us, without exception, manifests through actions, patterns, habits, and costumes of ours, those who are done … unconsciously, of course. Meaning, without realizing that, in fact, this voice is trying to convey some sort of message. “The unconscious, the black-box of an individual, is composed of all the mental processes that occur without one realizing. Fundamentally, it’s a space where subliminal forces can be found, together with forgotten and repressed contents, which we keep out of our conscience. However, and according to Freud, the unconscious is not only something belonging to the irrational territory, but simultaneously, seen as a space that is sharp, articulated, and inventive”, the psychotherapist and psychologist, Isabel Botelho, explains. The metaphor the creator of psychoanalysis employed to explain the unconscious was the one of an iceberg, whose tip, on the surface, is visible (in parallel to the human mind, the conscience). Everything below the waterline, submerse, is extraordinarily bigger, inaccessible to the sight (corresponding thus, to what is inaccessible to conscience). The psychotherapist and psychologist maintains the analogy: “In fact, this metaphor describes very well the way its author conceived the psychic system (in the conception of what we call the first topic) with three major levels, each one of them with specific functions: the Conscious, which deals with what is available in an immediate way to the mind, investing energy in a certain object, and draining it accordingly towards satisfaction; the Pre-conscious, a middle-zone that works as a ‘contact barrier’, as a type of content filter determining what passes on to the conscious level, or not; and the Unconscious, which would be some sort of entryway to the psychic system, ruled by specific principles out of reach of the conscious limits, and that makes up for a more archaic part of our psyche, in which the ‘archive’ of our primitive remembrances reside. A place without rational logic as we know it, and where there is no time, space, doubts, or uncertainty, but rather a macro deposit of gross amnesic matter. Later, Freud proposes a second model for the psychic system, a structural model that presents a new comprehension of the dynamics of psychic instances (the second topic). Here, he proposes three base structures for psyche regulation: the Id, the Ego, and the Superego. The Id would constitute, since birth, the instinctual part (of instinct) of an individual, their source of energy, their reserve of irrational, chaotic, contrary impulses, of wishes, where frustration is not allowed, and inhibition is unheard-of, where one searches for the immediate solution for tension, unplanned, without waiting, with no contact with reality; the Ego, derived from Id and born during the first infancy, is nurtured by the bonds and affective and emotional souvenirs with one’s parents, as well as by the entire experience that was accumulated from moral and normative experiences. Given its mediating function, and taking the principle of reality into consideration, it seeks to integrate and harmonize the impulses of the Id, with the exigences and threats of the Superego, and the solicitations of the external world; the Superego, with its censoring role, is the psychic instance that aims to control the Id through the Ego, by imposing norms, patterns, sanctions, censoring and searching for moral perfection. It seeks to assure the conscience, self-observation and the formulation of ideas, searching to inhibit, to force the Ego to behave in a moral way and orienting the individual towards perfection.”

The other side of oneself

According to the dictionary, the term “unconscious” means: “Not awake and aware of and responding to one's environment. Done or existing without one realizing. The part of the mind which is inaccessible to the conscious mind, but which affects behavior and emotions.” All these definitions pour into the same idea, into that place where one finds the more-than-many acts that take place in the vast darkness that is the unconscious mind. Meaning, in the space where conscience has no voice, no strength, no anything. Let’s say the unconscious has a life of its own – and it very much does. And that, precisely because it is such a vast place, in it we can fit all the gestures and unconscious attitude of the world. Well: some weeks ago, I found myself on one of those Portuguese beaches that are surrounded by huge, scary cliffs all around, when I came across a man climbing one of those same cliffs without any type of safety mechanism or device, no elastic or cord to catch him should he fall – a possibility as high as that cliff. In our mind the immediate thought would be: “What an unconscious man!”. And he is. But he is also consciously being so. It’s undeniable that he is taking a huge risk: it is not only obvious to those around watching, but also felt through the adrenaline that invades his body at every move he takes and that keeps him up, safe and sound. The big problem of the unconscious of psychoanalysis, that which inhabits the deepest places of the human mind, is not this kind of unconscious attitudes, but rather those we take without realizing. The behavioral patterns we repeat time and time again, and that produce the same, unchanging results for every one of our actions. And we don’t understand why. And the why is quite simple: because we have engraved in our memory a certain way of being that works automatically, without the need to add a single word. “The functioning of the human mind has always fascinated human beings. Freud was a pioneer in the conception, and quite a revolutionary one for his time, about the functioning of the human mind. Lacan (a psychoanalyst that came after, French and Freudian) called it the new Copernic revolution. It is important to note how, after being removed from the center of the universe, with Copernicus, when we longer were the divine special creation according to Darwin’s theory, then we’re no longer, following Freud, the lords of our own house – meaning that the self’s centrality and the internal coherency are lost to the unconscious. During the transition from the XIX to the XX century, we see how Man’s own self-image, built upon his reason and intellectual superiority, gets tossed aside before the weight – which is firstly outlined by Freud especially since the launch of The Interpretation of Dreams (1899/ 1900), The Psychology of Everyday Life (1901), and, more specifically, through The Unconscious (1915) – of this incognito land, that obscure zone of passion, animal instinct, impulse and unfiltered longing”, Isabel Botelho explains. That is when Man, stripped of his own reason, reveals ‘the other side of himself’: “There are many things we do without knowing why we do them or how they came to be; because we turned to one side instead of another, because we ended up taking a decision that is contrary to what would be rationally expectable, because we didn’t wake up in time for an important engagement, or forgot about something important, or lost something, or experienced that embarrassing lapsus lingae, we can’t remember that one person’s name, we fell in love in that way or had that bizarre dream… Or even other small mistakes, confusions, omissions… There are a lot of things we can’t explain, that we can’t even understand in ourselves, as if sometimes, chance and the irrational ruled our lives, noticing how the strengths with the biggest potential of being highly unruly, are in fact, those who command us.” That which we call the “unconscious” is sneaky, it plays hide and seek with us, confuses us, startles us. It either reminisces and reserves or pressures and disrupts. “This is the case to say: if you don’t take care of your unconscious, probably, he will take care of you”, the psychotherapist and psychologist states. And she goes on to explain the function of the psychotherapeutical and psychoanalytical work in this context: “We seek to create the necessary conditions for the deepening of self-awareness and a reinforcement of one’s identity, which will go through the recognition of others in us, to search for the reading of void phenomena (dreams, daily confusions), of the conscious and unconscious dynamics, in order to regenerate one’s capacity for a new, more integrating and open experience.”

Truth is, the more attentive we are to our own behavioral patterns, to our responses to certain problems, the better or more easily we’ll be able to understand we are acting – or not – in a way that is being completely led by our unconscious. And being that there are no miracles, since oftentimes these habits and patterns are engraved deeper in us than a tattoo, there is space for improvement that results in life-changing moments that can be seen and felt. Through therapy, attention is directed to the pattern and its parts that are located in the unconscious and that are, then, brought to one’s conscious. This process helps put a label to the pattern so that person can learn and interrupt the scheme from the beginning of the cycle and change its result. It’s possible to learn to challenge the implicit attitudes and previously unconscious ones that reinforce it. Therapy doesn’t erase the old scheme and it is even possible that it will regress in stressful situations. But it is perfectly possible to learn and practice an alternative ending to the same route. After a successful therapy journey, desires are not altered, but once activated, the path they follow is much more rewarding. It’s either that or continuing to get our butts kicked at every turn throughout life.

Originally translated from the The Underground Issue, published in October 2021.
Full credits and stories on the print issue.