English Version | The sound of silence 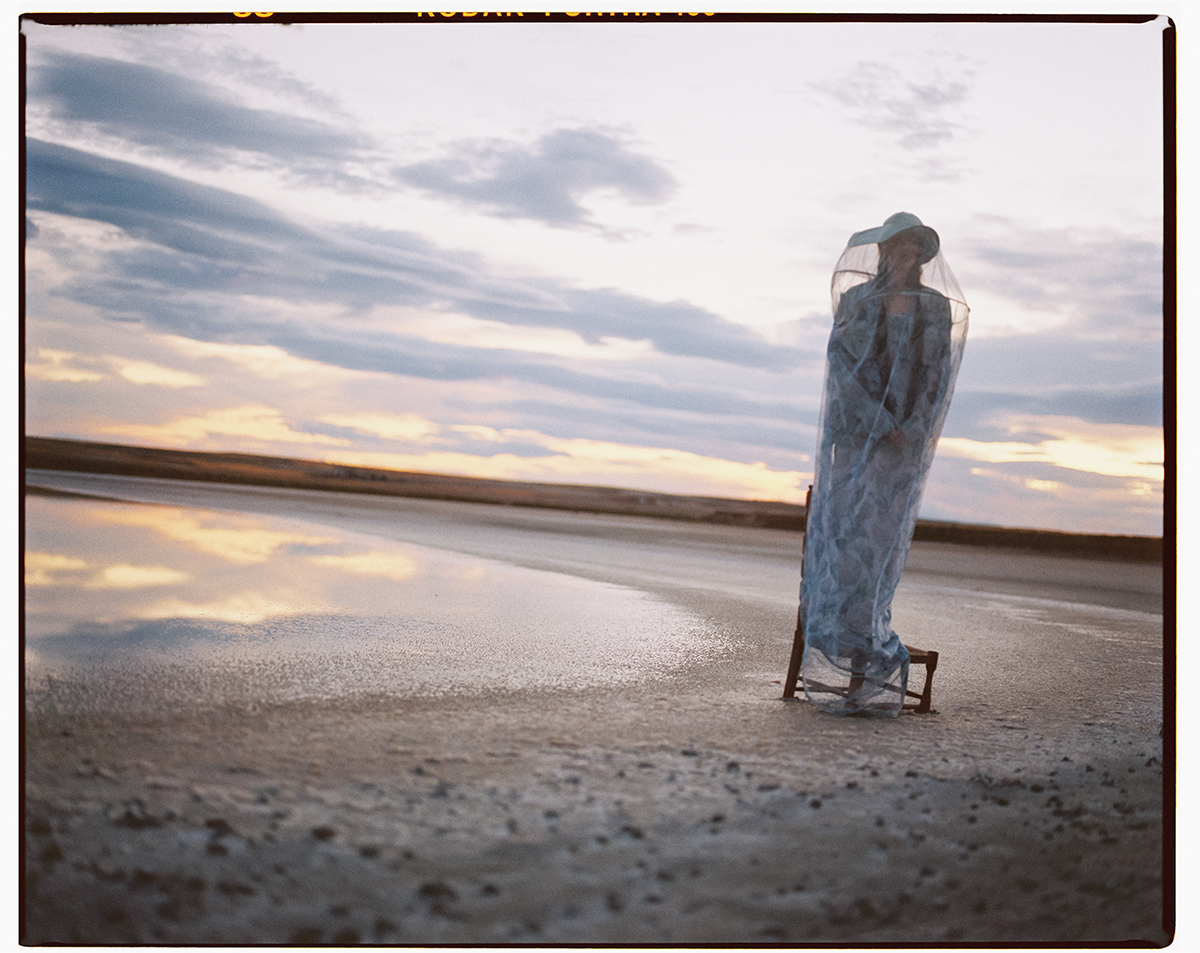 This silence that breaks us is the sound that comes from my soul to your soul. It’s a long road, gigantic, it’s an endless path. “Perhaps we’ll meet somewhere in the middle”. No. We won’t meet in the middle. We got lost along the way, in a moment where words still made sense, in an instant when birds still sang for us. I listened, you listened, it was our own melody, inaudible to everyone else. We were happy fools, proud of having a soundtrack of our own that no one could listen to, we were going to be everything no one had ever been. What was that? We didn’t even know. “I want you so much.” That was our currency. “I want you so much.” And clothes would fall to the ground as if your skin could only breathe when in contact with my skin. From then on it was all foggy, a thousand colors bursting, the schizophrenia of senses. Then we decided to leave behind that voracity given to us by the gods and started to analyze the meaning behind each gesture, the cadence of each sentence. We used and abused the “I”, abolished and humiliated the “you”, forgot about insisting on the “we”. There were too many words for such a small alphabet. This silence that breaks us is the whisper that goes from my pain to your disbelief, from my longing to your dismay, from my hopefulness to your resentment. We can’t see the same light anymore, we can no longer navigate the darkness, we’re not capable of believing we exist as one. Now I wander through these empty halls and the clatter that comes my way, piercing through my heart, is the torment of all the things we didn’t do together. I’m looking for you, and you’re dust. I’m looking for me, and I’m ashes. In the past we were the sun and the moon, the blue sky that merges with the troubled sea, we were life and death. Now we don’t exist. And writing that, ink to paper, is a mix of melancholy and peacefulness, because I finally have accepted you, like this, from afar, like a song that will never end. In a parallel universe, you will exist forever – we will exist forever – and there is nothing that will disturb neither our will nor desire. We are eternally possible, atoms that won’t be destroyed not in a million years, we’re the sum of all the silences of this world – the ones we hadn’t yet learned how to enjoy, and that now weigh on our shoulders like rocks. And that teach us to see beyond ourselves. Were it not for the absence of this sound, for your absence, I would never have been able to assume that I didn’t know how to listen to you, how to pay attention to the melody you carried between your lips. It could have been tenderness, it could have been passion, it could have been gentleness, and I didn’t know how to listen to it, so busy with clearing up the mess that was created between my ego and my last drops of empathy. I did to you what I did to the letters in my mailbox. I put them away in a drawer until I figure out what to do with them. I thought I had time. I was selfish, incarnated my human nature in its worst form. “We have time.” That is the mistake of those who believe they’re protected by a superior love. This silence that shatters us is the blast of not seeing you anymore, of not knowing you anymore, of not touching you anymore. It’s you on one side and me on the other, separated by concrete walls, allowing for our hands to join other hands. It is the end. It is the beginning. It is, mostly, the end. It is contemplating the passage of days and nights in an endless loop of fear and anxiety, of sadness and sorrow, of anguish and affliction. But it’s also the peacefulness of knowing you’re stronger, wiser, fuller. Together we would be a combustion impossible to control, an uproar of endless expectations, an overwhelming fight for a love that no longer carries an existence in this world. All this was left floating in the air, lost, infinitely lost, as the stars that dance in the skies at night when no one’s watching. Me, who never believed in other galaxies, I picture us just like that. In a breath of air, surrounded by silence. The music I now hear is what allows me to reach you. The humming of my thoughts, of my memories, the imaginary sirens that wake me up at dawn, believing you’re lying next to me, is what makes me believe that one day we were a story worth being told. Because the noise between my illusion and your sorrow is insurmountable. No silence that can cure its wounds. No matter how much I write you, want you, love you, there will be no peace for us. We’re condemned to a distance we will never be able to run. A distance that can’t be measured in miles, but in silences capable of tearing apart the wings of angels. We’re condemn to the abyss. A beautiful abyss, filled with all possibilities. Down there we won’t hear a thing, not even the wind blowing. We will only guess the traces of your eyes and mine, in a minute that will only be over when our noise, finally, reunites. AM

We were born from silence. That’s what brought us together. In it we were a divine orgasm. It was there, in silence, the place where we understood that the deafening sound of words worked, for us, as an awkward silence works for mere mortals. We were the perfect picture on the mirror on your hallway, the peace of the first light in a cropped field, the steps of crowds through the streets of Chiado. We were indecent, depraved, loving, in love – with ourselves, more than with one another. We would be turned on by the thought of what people would see if someone was looking at what you and I were doing in that corridor. We enjoyed the beauty of everything, from the center to the extreme. We planted every fruit tree we could imagine and spread all kinds of explosive devices around (our) perimeter. We consumed ourselves and imploded, in infinite nows, repeated randomly in a different combination, without a set time, always in the same place. A place similar to the address of stars and comets, where sound doesn’t travel. A place where we couldn’t hear a sound besides the deepest wisdom of our being. And it was just like that, at sunrise of that day, that for the first time, noise broke into our silence. We were the ones to blame. We were the ones that didn’t listen to our silence. We turned our back to our treasures, locked away in the junction where the rainbow meets the horizon. We forgot our legends. We danced to the sound of every song, got wasted to the limit of every encyclopedia and dictionary, took my car and drove at high speed straight into the abyss where we will all fall into inevitably, one day, blackout drunk and held hostages by words. The boring abyss of daily life, of habit and conformity. Of the trivialization of the present. Of the assassination of dreams. Words were the ones that fucked it all up. First, softly, came the cynic. The ones that take advantage of our fragile human condition, of our old beliefs and twin souls. The words that present themselves as truthfully felt, but that after being repeated to oblivion, in a blood-sucking routine, end up transforming into yet another useless and indifferent grain of sand in our desert. Then, sometime in a random winter, came the suicidal. The words that flourish from chaos, from anarchy. The ones that roll laughing on the ground in the middle of a nuclear bombing, poisoned by ego. Words that are said but not meant. That is why I believe words are for books and poems, that’s where they fit nicely. Because the language of words is a language of concepts, of apparently easy formulations. Silence is not. Silence is the universal language, the pattern dialect, the common semantics between us, the planets or the atoms. The only thing is that discovering what silence actually means requires mastery, conscience and thorough observation. “Some forms of happiness are so big they can only fit into silence.” In silence we were at home. We would look at the river at night, the boats and the bridge, the lights of the city on the other margin, would listen to the motors of other lives, passing by, and we said everything we wanted to say, while staying quiet. We felt fear for our lives but jumped anyway, because ambition is not only desire, it is enthusiasm with a purpose. And our purpose was to teach the world to love in silence. To contemplate. To be, instead of saying who they are. It was by being quiet that we lived the biggest odysseys of our love and it was when our lips started saying more than our eyes that we resolutely took the shovel and started digging our own grave. There, laying on a sea of whispers and mumbling, the light of our lighthouse went out. We sailed bewildered for a thousand years and when we reached shore, we understood we only knew how to breathe with the rhythm of waves crashing against the raft. It was too late to relocate to paradise. If only we had never left. Before we were silent. Nowadays we talk. MC