English Version | Silence of the lambs

From anxiety to depression, talking about mental health is no longer the taboo it used to be. But the stigma attached to it, which influences so many to live in silence, is still waiting for that same calling. 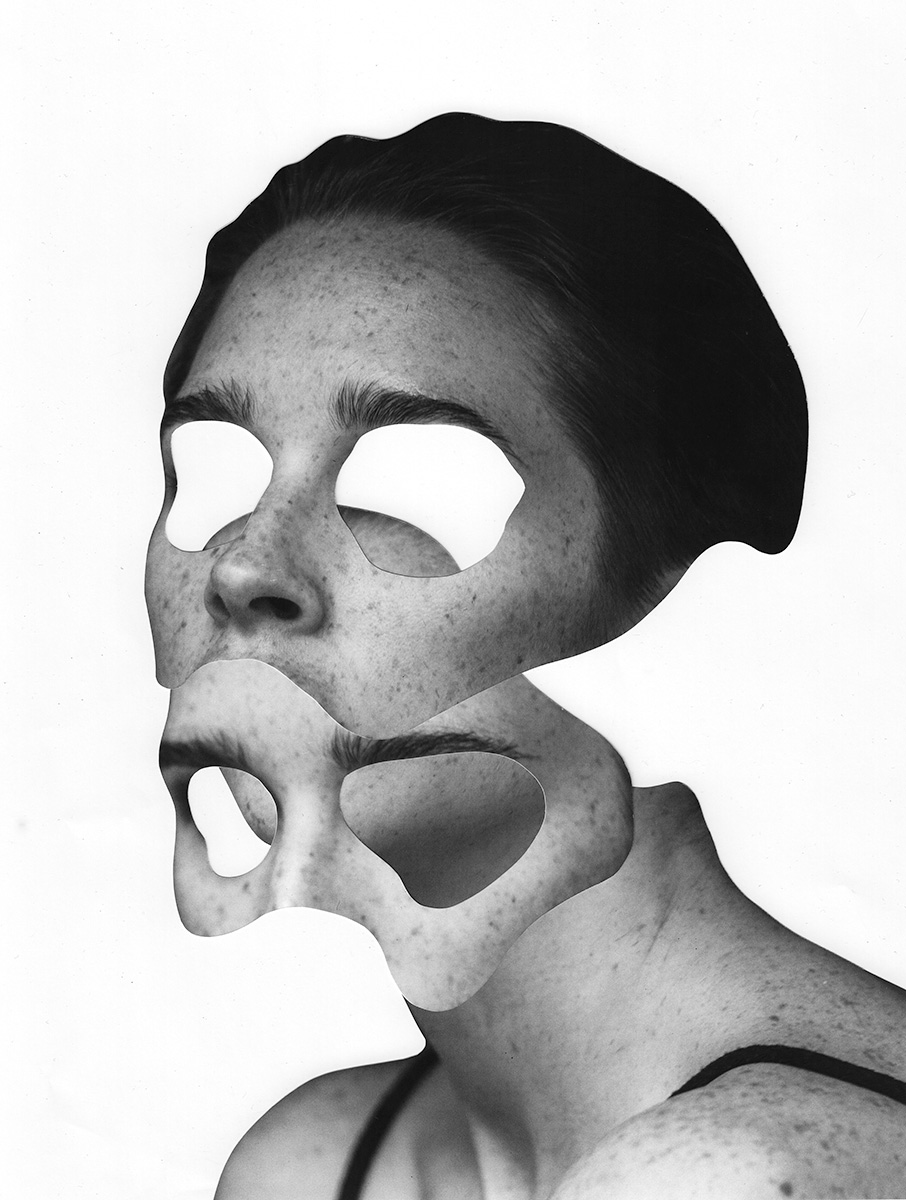 Please stop invalidating my illness because like any other illness, it is just that — an illness. I am a student, and I believe stigma “isn’t over.” I walk through the halls, and I know the stigma isn’t over. I reach out for help and I can tell the stigma isn’t over. Stigma “isn’t over” because I’ve heard countless comments on how I couldn’t possibly have a mental illness because of my academic standing. From, “you don’t seem like it,” to “but you’re so smart.” The words burn into me like a lighter held near paper — slowly and surely — with the pain of invalidation and lack of support. I have “high-functioning” disorders, which makes it easy for people to believe they are a facade, but it doesn’t make my illnesses any less real. I still struggle. I still hurt. And sometimes, tasks like putting my feet on the floor or turning on the bedroom lights are seemingly impossible. Just because one cannot see it, doesn’t mean it’s not there. Please stop invalidating my illness because like any other illness, it is just that — an illness. That is why the stigma isn’t over.” Published on Teen Vogue in 2017, the experience of speaker and performer Delicia Raveenthrarjan remains a painful reminder for 2020. Even though we talk about mental health more than ever, the stigma still exists. Even though there are endless campaigns and hashtags to help normalize mental illness, the stigma still exists. Even though we say that everything will be alright, that there is help, that it doesn’t have to be like this, the stigma still exists. Maybe worse, and more often than we can begin to imagine, is that the suffering happens in silence, hiding in the borders of a whole that “doesn’t seem like it”.

At present, the World Health Organization estimates that more than 264 million people globally suffer from depression. In the United States, more than one in four Americans adults meets the criteria that psychologists use to diagnose serious mental distress and illness. Reported by Time in May, this number has tripled during the pandemic, and represents a 700% increase when compared with data from 2018. In that year, 4% of those between the ages of 18 and 29 years, similarly to those between the ages of 30 and 44, reported having a serious mental distress – right now, the number has gone up to 38% and 37%, respectively. Still looking into the US, and influenced by the current pandemic, the number of prescriptions for antidepressant and anti-anxiety drugs during lockdown spiked 20%. The data is worrying, and statistics in Portugal follow suit. According to the Portuguese Society for Psychiatry and Mental Health, Portugal is the second country in Europe with the highest prevalence of mental illness, falling behind Northern Ireland. The same source reports that more than a fifth of Portuguese people suffer from psychiatric distress, with mental illness and behavior disorders representing 11,8% of global illnesses in the country. The numbers confirm an alarming and growing problem – and they beg for a solution. “Speaking openly about mental health helps someone know that there are a lot of people who suffer from the same that they may be suffering and, consequently, making that person feel like they are not ‘strange’ or ‘crazy’, and that they can ask for help,” explains Catarina Portela, an HBM psychotherapist. “Discussing this topic openly can also help people recognize, more quickly, when those close to them may be suffering from any distress and facilitate the access to health care.”

Speaking to Vogue, the specialist begings by explaining what the stigma of mental illness is. “Mental illness is often associated with people who have completely maladjusted behaviors, for instance someone who is alone, in the middle of the street, screaming things that apparently make no sense. Nobody considers that these kinds of behavior reflect who they are, and people end up distancing themselves, believing that something like that could never happen to them,” she explains. “Mental illness stigma comes from the unknown. It’s a very serious issue and one that is highly important in our society, since it manifests itself in discriminating attitudes. These attitudes can have detrimental consequences, such as the delay or impediment to look for health care and can also constitute a huge barrier for those who suffer from distress and for their family members. The stigma applies not only to people with a mental illness, but also to those who have suffered from it.” As Catarina explains, “the prejudices about mental illness are preconceived ideas, false stigmatized beliefs”, and the most common are that “people will never recover, that they are violent or dangerous, they can lose their temper at any moment, they are low rank employees, they should not have positions of responsibility at work.” The impact of having and perpetuating these kinds of prejudices, as the psychotherapist explains, “are absolutely devastating, being enough for those who have or who have had mental illness to feel disintegrated from society, less confident, and struggling to fulfill their full potential.”

Fighting the stigma is a pressing issue, and a good place to start may just be our own narrative, contradicting the use of words such as “crazy” or “ill” in lightheaded contexts. “According to psychology and neuroscience, when we pronounce words, we rescue meanings. Every word generates specific emotions,” says Catarina. “Words like ‘crazy’, ‘mad’, ‘insane’, ‘OCD’, ‘psychotic’, among many others, can bring unpleasant emotions, not for those who say them but for those who listen to them, contributing for stigmatizing beliefs about mental illness. The problem of someone that has great appreciation for cleanness or organization, and that gets irritated when something is not in order, saying, lightly, that it’s ‘OCD’ manifests in a depreciation of the suffering of someone who, in fact, has an emotional distress, designated as Obsessive-Compulsive Disorder.” Using that same example, the psychotherapist says that “someone with Obsessive-Compulsive Disorder does not take any pleasure from cleaning or organizing, like someone who likes to keep the house clean and tidy does. A person with this distress feels obligated to take an action in order to get out of a state of suffering provoked by her own thoughts.” “To establish a good communication and, in this specific case, not perpetuate the stigma and respect those who suffer from mental illness, it’s important to be attentive to the words we use, respecting each and every individual when it comes to their own specifications.” Besides that, as Catarina explains, fighting the stigma also entails an understanding of the fact that “problematic behaviors may result from a mental distress that is curable, and not from a fault of character”, and that those behaviors may include irritability, excessive worrying, dependence and hypochondria. “We need to become more aware and attentive of mental illness, in order to positively contribute to the better quality of life of those who have or have had mental illness, allowing them to access a greater number of opportunities so that they can live in community, as active and confident members of it.”

Even though we talk about mental health more than ever, the stigma still exists. Even though there are endless campaigns and hashtags to help normalize mental illness, the stigma still exists. Even though we say that everything will be alright, that there is help, that it doesn’t have to be like this, the stigma still exists. And that’s precisely why we need to keep talking, keep normalizing, keep caring for people. Stigma exists, but the belief that it can end does too – and even though the word “hope” may be a little bit lost, the truth is that we are going through a moment that can bring change to the way we talk about mental health, mental illness and stigma. “The pandemic has reinforced, without any question, the importance of talking openly about mental health,” says Catarina, explaining that the outbreak has revealed that people, in general, have become more predisposed to depressive or anxious states, or even both. “The imbalance of peoples emotional state is going to compromise their behaviors in family and work environments and affect their wellbeing. The literacy in the area of emotional health is very important. The fact that people don’t known when their lives will return to normal is an immense factor of risk for mental health.” But the pandemic isn’t the only thing that can help ignite change. The global protests and intense news cycle that has followed the killing of 46-year-old George Floyd in Minneapolis by the US police is a continual reminder of the trauma that the black community has faced, and continues to face […] Coupled with the reports that a disproportionate number of black people are dying from coronavirus in the UK and the US, and you have a burgeoning mental health crisis within this community.” In a piece that defended that the Black Lives Matter movement is not just about bringing change and amplifying a generation of silenced voices, but also about longevity, the words written by journalist Eni Subair for British Vogue confirmed something that has been asked for, for a long time – the discussion about mental health must be about everyone, and for everyone. As Catarina Portela summarizes, “the Black Lives Matter movement around the world has reaffirmed the importance of human rights and liberties, proclaimed in the Universal Declaration of Human Rights, considering that any form of discrimination or violence can affect the wellbeing of an individual, enhancing mental illness and other emotional imbalances.” When silence takes over the self, we all lose as a whole. When stigma takes over the self, we all lose as a whole. When humanity is neglected, we all lose as a whole. And that’s precisely why we need to keep talking, keep normalizing, keep caring for people – and doing everything that we can to guarantee that we get one step closer to ending mental illness stigma.