Being underground is being disruptive. The status quo, the established, social norms. But being underground is also being brutally honest. And honesty is the biggest disruption of all. Jo Fetto discovered it naturally: he just wanted to share its raw truth. And he ended up bringing the breaking of stereotypes to the surface with his photography. 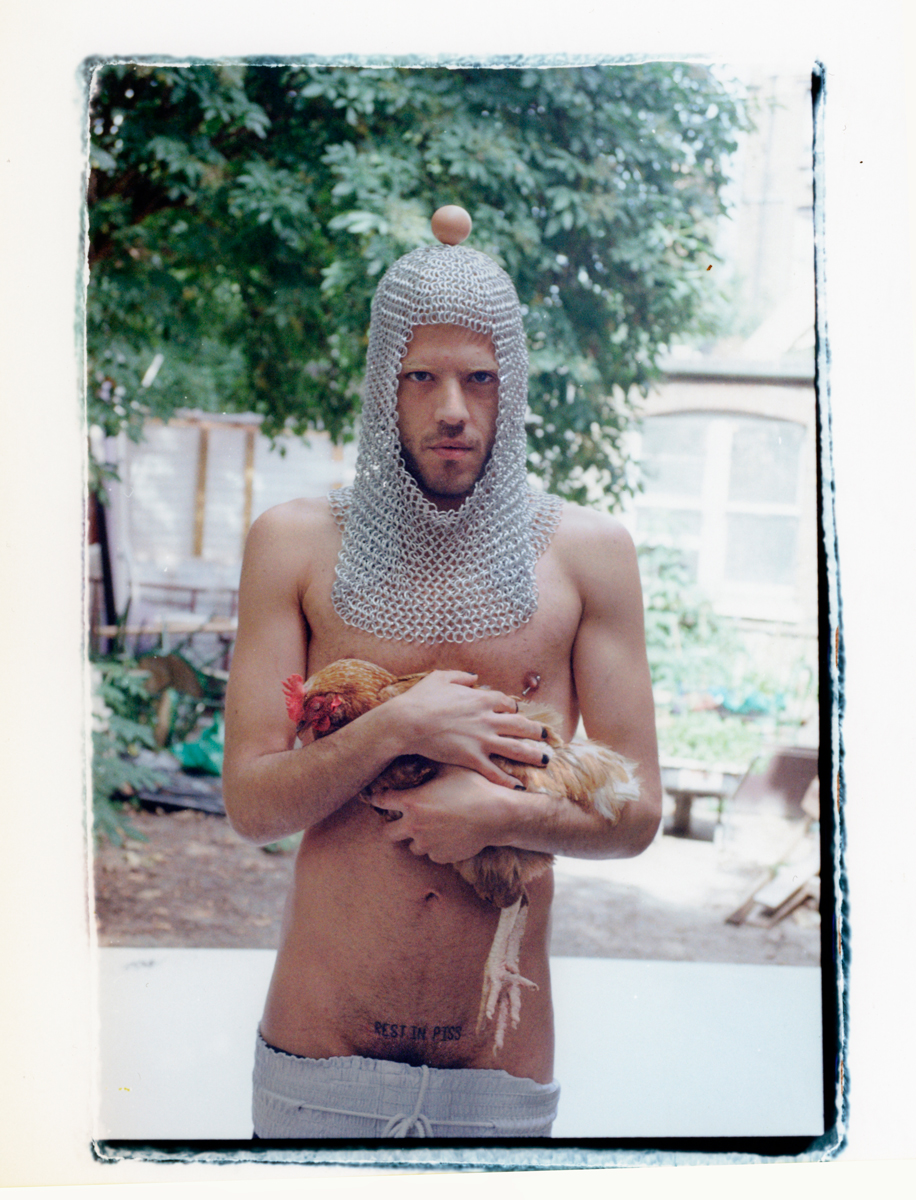 He was born in Naples, but calls London home, where he took a course in Fashion Photography at the London College of Fashion. Speaking of his work as a documentary is closer to the truth than the title of his degree: it is true that he also collaborates with numerous fashion publications, but the truest expression of his work is the one that documents his life by immortalizing his surroundings and environments in image form. Be my nest, the photography book he launched at the end of 2020, is the most obvious confirmation: by portraying his family and friends in the most intimate environments, in their “nests”, he wanted to show a side of the community, namely the queer community, to which few have access, trying, along the way, to demystify prejudices and deal with his own issues as a queer young man who grew up in Italy, founding himself in worldly freedom in London. “I guess the hardest part [of Be my Nest] concerned the inner work I went through. The shooting part was not complicated at all, even during lockdown days. What I found challenging was dealing with my own demons so to be able to be more sensitive and emotionally opened in the process of taking images.” Jo tells us. "Lol I am sounding super spiritual but Be my nest was a moment to stop and heal." And also to evolve: the project forced him to explore artists from different currents, such as Romanticism and Expressionism, sharpening his sensitivity not only in research, but also in the relationship with the family and places that saw him grow – as a human and as an individual. The result is a collection of moments that testify to his life and everything that surrounds him, but above all, its frames that raise awareness, in the purest possible way, breaking prejudices: “I am aware that our efforts and impact on the world might never be recognised. However, once I accepted that, I started to care less and produce more. My images are noisy and loud; I see them as tiny bricks against a huge wall of moralities and stigmas.”

How did you start your journey into photography? And how did it evolve into this raw and intimate  picture of today’s society? When I was 16, I started taking photographs of my skateboarder friends, following them all along the day and I remember just having great time without any particular intentions or  time. I was definitely not able to skateboard but I really liked their style, and maybe I fancied them too. I guess I always liked the idea of approaching photography as a tool to socialise and document, feeling part of a group and some sort collect all in a diary. Despite I changed my subjects, I feel my work have always had a raw and intimate look. I care a lot for honesty. It is just the person that I am.

What usually catches your eye when taking a picture? And what kind of message, if any, would you like - hope - your work is conveying? I feel like my work is interested to life (as lively), or its passing. I am fascinated of telling stories or interpret the story of my subjects by its composition, colour and etc. I really hope my viewers can experience welcomed in my life, my desires and believes.

Do you feel that you’re part of an underground movement, being honest in your images and true to your vision no matter what, in a time of scrutiny? Meaning, Is it harder to be disruptive in a time of social media and the politically correct? I definitely feel part of a zeitgeist of artists who are so upset about the world we currently live in and ready to smash it. If it’s harder to be so, I am not sure. People just feel an aim in their life and I feel there is something bigger which put me in this place. I focus a lot of time in researching and collecting, before working on a project. That’s the only way I feel confident to put something out. Regarding the politically correct, everyone is really over Instagram censoring policies and pretty much seems like we are ready to move on.

Tell us a bit about the idea behind “Be my nest” - was it organic firstly and you decided to grow in into a book or the other way around, you always knew this was a theme to explore?  At the beginning I did not have a clear idea of what it would have become, however , throughout three years of development, I was 100% sure that what I was photographing was worth it to be shared. I knew there was something in the bond between humans and home, and what concerns feeling safe, as that’s what I was thinking during my journey.

This concept of the nest is about intimacy and being comfortable: do you feel that this helped to also portray more honesty in the pictures? Oh thats for sure. I realised that these premises are the foundation of my work. I need to do “my thing” the best way it works for me. Which means that I need to bond with my subject. Even just share a thought or a belief, anything to grasp to build a connection. I need to understand what makes them comfortable and what does not, and  therefore challenge them.

Is there a particular picture in Be my Nest that you’re particularly fond of? Why? I believe the first image of the book resumes what the whole project is about. It is a photo of my sister and her daughter resting at my mum’s home in Naples. I guess it was in that instant that I realised where my work was heading to.

Did you decide to portray the queer community in particularly because they are more under the radar, since they still, unfortunately, face criticism from society (in some more than others)? I decided to portray my reality in all its shapes, colours, sounds and smells. Queer community happened to be an indispensable part of my life, as myself a queer individual. I am surrounded by gorgeous angels (and demons) on high heels. They are constantly my inspiration and the main people I want to address my work to. Our history has been ripped off, and this affects us soooo much. We carry on this trauma. I hope my experience can resonate with my community and also give it a voice.

Underground is the theme of this issue. What’s “underground” for you? Anything that is independent, born “from below” (minorities and unrepresented) from the need to create a counter culture. I found underground an event, a rave , an exhibition as much as activism and political actions (occupations, strikes).

The best thing someone could say about your work? “I get it, I can feel it.”

And the worst? I remember once one of my tutors at university told me I was being “censoring and prudish” with the way I was portraying nudity. I replied to him that the phallus is stronger when its hidden.

Are you already thinking about an upcoming personal project (if so, can you share a bit about it?) or are you focusing in the editorials and projects you do for so many magazines? Tell us about what’s next. At the moment I am figuring out new ways and platforms to be more connected with the themes I deal with. I am heading towards an even more “physical” phase. I have been doing more editorial work as I love fashion and the multiple layers involved in a fashion image. Shot some cool commercials across the summer, as someone still got to pay those bills! I am currently prioritising my focus on some new projects, involving amazing creatives, which will eventually make their own way out very soon. As mentioned before, I really have a need to communicate and connect with my community, and with the world ultimately.

Translated from the original on Vogue Portugal's Underground issue, published October 2021.
Full story and credits on the print issue.