It is not yet patented, but Daniel Mattar's blue (or would it be more accurate to say “the blues”?), a renowned Brazilian artist, is all that the world needs to breathe, and live, with a little more serenity. 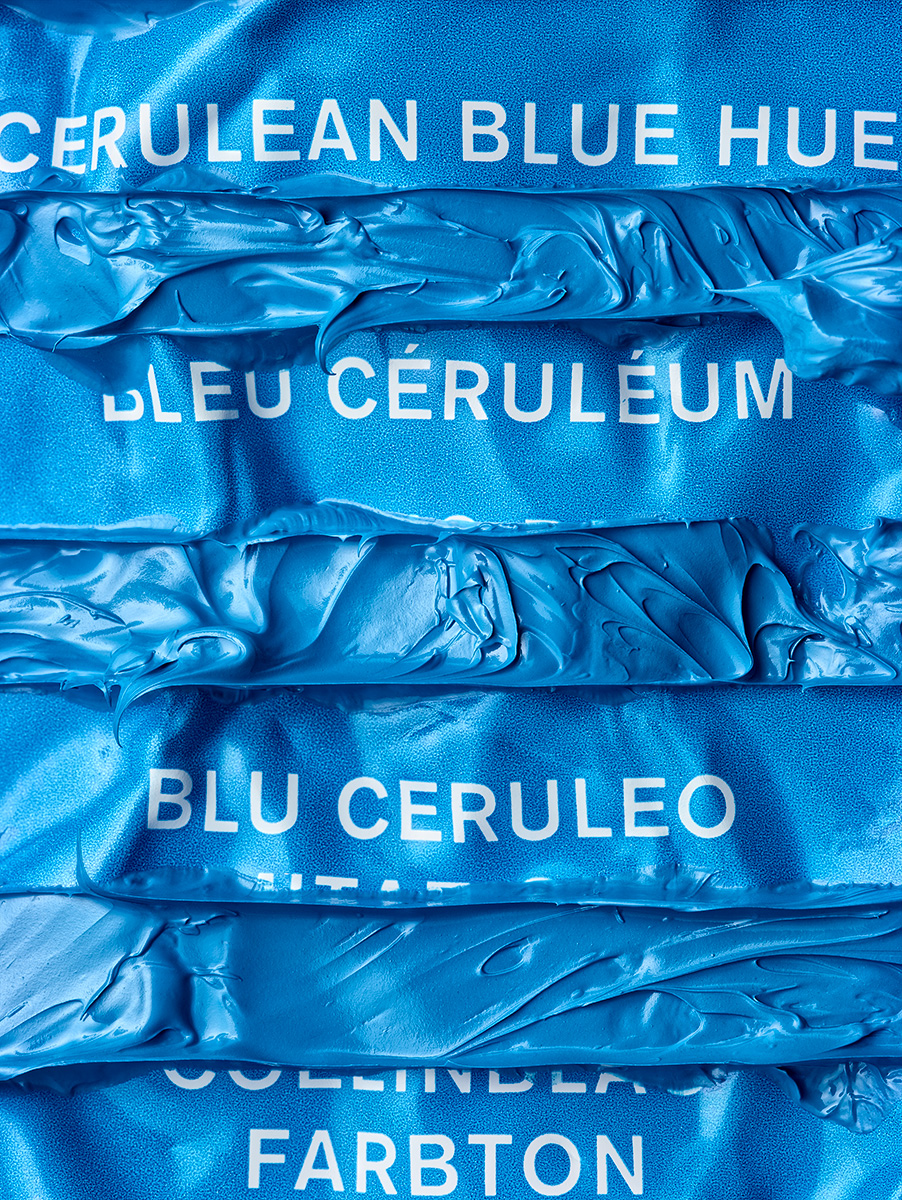 Color. It connects, and gives meaning to, all his work. From the beginning, when he studied at PUC Rio, one of the best Brazilian universities, until today, when he walks the Portuguese sidewalk, as a passerby. It is on the streets of Lisbon, where he lives with his wife - and with whom, in 2018, he opened Brisa Galeria - that he now gets his inspiration. Always keeping an eye on what's going on around him, especially in the immense spectrum of tones that invade his daily life. “I have always been recognized for using color in a very special way. If someone were to talk about my work as a fashion photographer, they would say that I used a saturated and vibrant color and, in fact, I used an artificial lighting technique combined with natural lighting, which results in an image very similar to painting, almost unreal”, he confessed, two years ago, in an interview. Multidisciplinary artist, Mattar mixes painting and photography with a mastery that is not for everyone. We wanted to know more about his art and, obviously, about the immensity of blue that invades it. And that invades us, like a good hug.

You studied art, design, photography. You currently work with paintings, which you then photograph. Isn't it reductive to simply call you a “photographer”? What do you put on your tax return? Photography has always been my first expression, with a whole family of artists, I lived with a house full of sculptures and a lot of art from an early age. I have had a great interest in painting for some years now, and then I entered a dilemma of photography versus paints and solved this equation with a language based on the recording of light on the microsurfaces, which I paint and immediately photograph. In the tax return I fill in “Visual Artist”, solved! [laughs]

How did you come to this dialogue between photography and painting? Is that how you feel most comfortable, or are there even more techniques you want to explore? I have always been fascinated by macro photography, the magnification of details through the use of optics cause in me an intense visual power, a search for hyper-reality. I started to reveal, through the lenses, the volumes and real scenarios that were not possible to be perceived with a naked eye. The possibility of adding the expression of the ink gesture and mineral pigments to this optical phenomenon was a natural path. I discovered in this technique a giant universe where I still have a lot to explore, bringing the micro to the macro in large scale prints. I look for the materiality of this third dimension on the two-dimensional plane.

Much of your work is linked to color, and the use of color, which seems to send subliminal messages in its most diverse forms. How did you discover the power of color? At the beginning of my career in photography, I was fascinated by black and white, the possibility of having a photo lab at home and seeing the world in shades of gray involved me and stimulated me. I moved to Tokyo, Japan, at the age of 20, and at that moment I discovered Van Gogh through the letters he exchanged with his brother Théo. In this narrative about the psychological perception of color and knowing more about the work of the Dutch painter, I immersed myself in color photography and its possibilities. Since then, I have studied the use of colors in the ability to create sensations and literally change the mood of the observer. These subliminal approaches were my guide in the chromatic choices of my works. When we set up our house in Lisbon, I printed a very large photographic piece in the shade of Cobalt Blue that occupied part of our room; after three months the piece had to go to our gallery and with its absence in the environment I was able to understand even more the power of that blue in our daily life at the house. The domestic mood completely changed, so I tried to quickly produce another bluish surface to inspire and elevate the family.

Blue is the theme of this edition. Coincidently, you have a series of blue works - and in its most diverse declines. Of the dozens of meanings associated with blue, what does blue convey to you? Is there a tone (Cerulean, Indigo, Klein...) that you prefer to work with? First of all, I am from the sea, from the sign Pisces and a devotee of Yemanjá. I was born in Rio de Janeiro and, as a child, I was already surfing the blue waves of Ipanema. This was the first identification I had with color. Then, I went to discover the power of the Lapis Lazuli stone, its magical history in ancient Egypt and the making of the Ultramarine pigment. When I learned about Yves Klein's trajectory and his celebration of blue, I became even more involved with the artistic possibilities of color. In my last works, I found myself in love with the Indigo Blue and its possibilities to create the sensations of sea diving in its different tones through oil paint.

Some of the works we chose to show (or part of them) alert to dangers such as the rise in global temperature and the impact of climate change. Do you feel that Art, despite the competition from social networks, remains a powerful combat weapon for this Blue Planet? In my second exhibition at Brisa Galeria, I presented a series entitled Rise, where I select clippings from newspapers and magazines in different languages​​that talk about climate change and its consequences. Intuitively, I started depositing the inks on these cutouts and following this with the technique of photographing them with a macro lens. Raging oceans and a representation of rising waters emerged. A reality that is visible to everyone and that needs urgent action. The change in the temperature of the planet and the environmental imbalance is a clear and extremely worrying truth. The manifestations of this alert through all forms of communication, including the Visual Arts, is fundamental and composes a natural cry. Art has always been and will always be a strong vehicle for the manifestation and alertness of the social, political and environmental needs of our planet. As for the relation of the power in the message between Art and social networks, I think that both complement each other, the different channels of propagation of these networks can help to increase this voice of the artistic message.