It is not an exaggeration to speak of gender apartheid when these colors are concerned. 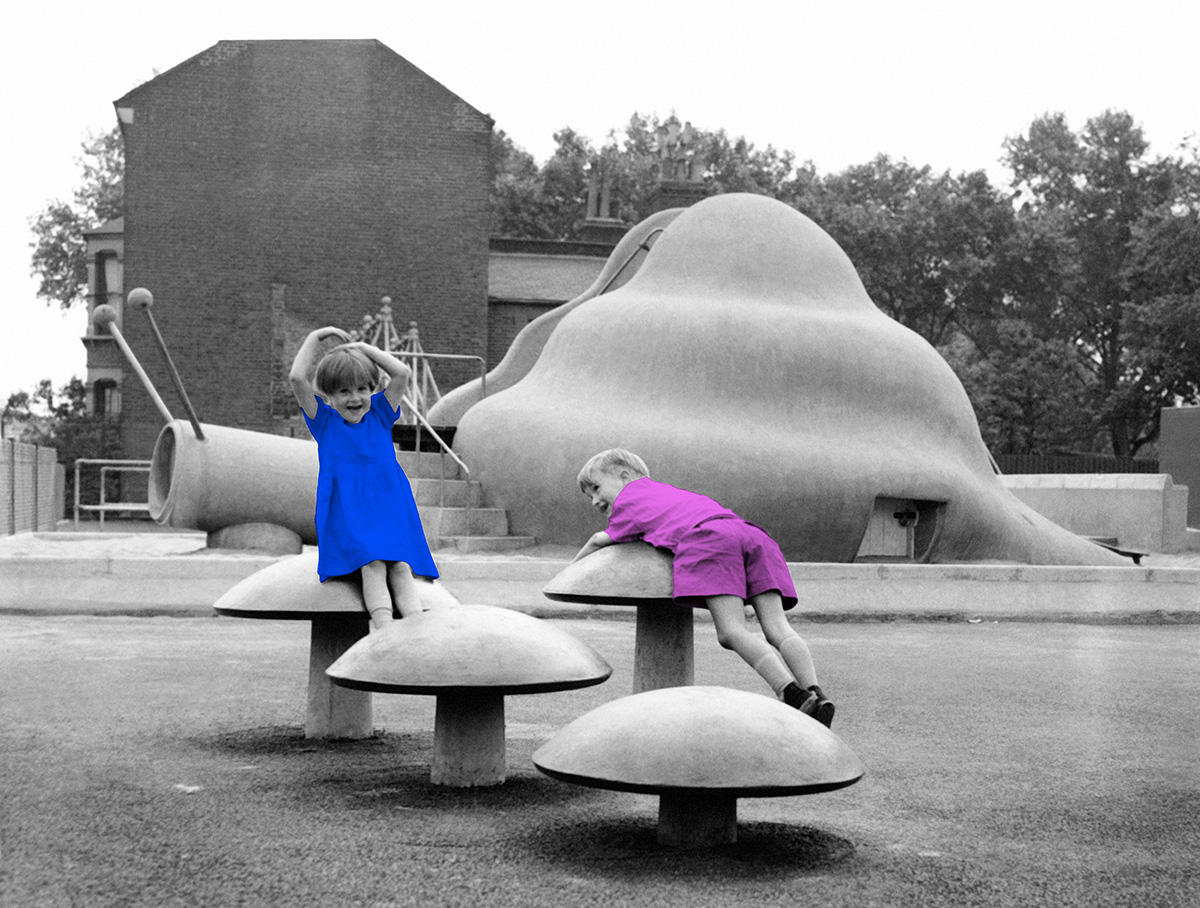 In 2019, the children's brand Zippy made the terrible mistake of presenting a no gender campaign, which translated into a capsule collection named HAPPY and which contained a very clear message “Be whoever you want to be”. A collection about originality, individuality and choice that aimed to eliminate barriers to children's growth and horizons. The theme of the conversation generated by the brand was, fundamentally, about freedom, only that it was unwelcomed by many consumers, who decreed a boycott through social networks (surprise!). A decidedly happy intention, but one that did not end so happily. Outraged parents accused the company of "promoting a homosexual ideology." Let that sink in. The garments, which could be worn by both boys and girls, included pink in the same way that blue was included, as well as other colors that sought to represent the child's personality. “Children are born boys and girls, and it will not be a crazy fashion that will change the biology, science and anthropological evolution of the human being. Zippy never again”, wrote an internet user. Someone also said, in a masked support, that it was “difficult and uncomfortable”, but the right way to go. Scary dogmas and stigmas, but deeply rooted in the Portuguese parental reality, although we like to think otherwise. Anyone who studies and criticizes gender distinctions is accused of trying to interfere with the so-called “natural” order of things, that is, a binary ideology governed by biology and the consequent cultural codification corresponding to masculinity and femininity as being the natural result of these (supposed) binary biological differences. To the point that a fluid or non-traditional wardrobe is associated with sexuality (of a child!). After all, what was so threatening in March 2019? What is the reason behind so much turbulence? Denial. Whoever does not follow the status quo is a target to be taken down and this is done through intimidation until there is a compromise - either because the person (in this case, the brand) in question is crazy or because, there, she induces homosexuality.

There is no symbol associated with girls/ women more powerful than the color pink. Today the color is read instantly as being feminine and carries with it a whole baggage about what it means to be girly. Society has turned pink into the most visible representation of female culture and also an ostentatious symbol of frivolity. Today, when a boy or man wears pink it is no longer just a color, but a challenging act or personal expression beyond aesthetics. But it was not always so. Before blue and pink, the dominant color in babies' clothes, for example, was white. Blue, however, in some parts of Europe - particularly in Roman Catholic areas - was associated with girls because it was the color of the Virgin Mary, a delicate and beautiful color. In sacred art, the Virgin is often depicted with a blue cloak. While pink was interpreted as being a strong color and close to fire, hence it was indicated for boys. The English newspaper The Guardian reports an article from March 1914, from the Sunday Sentinel newspaper, in which it is advised to use "pink for the boy and blue for the girl" if one chooses to follow "the tradition". This scenario began to change gradually in the late 19th and early 20th centuries, with the emergence of psychology and “concerns about homosexuality”, especially in boys. This concern resulted in a change in attitudes on society’s part and, in the mid-1980s, the symbolism of the colors blue and pink was almost a rule. As if the affinity with some color determines sexuality. The United States contributed significantly to this phenomenon, fueled by the color palette spread by the Barbie doll and superhero films. But when was pink first considered a feminine color by some culture in some part of the world? There is no concrete answer, since the symbolism of colors is something very specific and variable. In Japan, for example, the traditional color for mourning was white, while in most European countries it was black.

It was when her daughter was five years old that South Korean photographer JeongMee Yoon started The Pink & Blue Project, dedicated to the two colors most often associated with girls and boys from all over the world. Influenced by popular culture, for most parents blue is a symbol of strength and masculinity, while pink symbolizes sweetness and femininity. The pink objects that fill the shelves of all kinds of stores, from clothes to toys, reveal an expression of pervasive, perverse and culturally manipulated femininity that affects children's thinking and is reflected in their behavior patterns. Again, in an article by The Guardian, Sue Palmer, author of the book Toxic Childhood (2006), explains that between two and three years old a child has only two key instincts: the first is inclusion, wanting to be part of the group, and the second is the awareness of the gender issues. Therefore, there is a deep emotional need to be part of a group, and the group a child wants to be part of is his gender group. This is how the media capture children and the means to capture girls is through pink. On the other side of the spectrum are progressive parents, who come to consider pink as a toxic color (pinkwashing) and bearer of micro aggressions, running away from as if it was the devil: “hashtag pink stinks”. “Supersensitive and intense, when it comes to ‘just’ colors?”, the reader might think. Note that there is a difference between being anti-pink and being anti-limiting. It is not about being against a color in itself, but against the cultural pattern of offering children a strongly stereotyped gender version that rejects those who do not identify with it. It is as if they were choosing the child's identity in her place. The solution is to buy something that suits their real interests, instead of what we assume those interests are, based on gender.

Recently, a friend became pregnant and, for everyone's happiness, we came to know that the baby was a girl. For the first time I justifiably walked through the children's sections of high street stores and I came across a bizarre setting. The clothes in the girls section have prints of cherries, flowers, blackberries, ice cream, fairies, stars. The clothes in the boys section have prints of hot dogs, cars, dinosaurs and all kinds of animals, monsters, superheroes. The inventory is not only separated by cartoons associated with one or the other sex, but also by all types of graphics that society understands as male or female. A girl who likes red, fried egg, airplanes and frogs will hardly find anything that she likes in the female section. Still, it’s easier to dress a girl in blue or with motifs and silhouettes typically more masculine, almost as if it were an experiment, than the other way around. And have you ever thought how unthinkable it is to offer a doll to a boy or a car track to a girl? Why is there such an obsession with enhancing children's sex? An obsession that marks us from the first minute of our life.

The emergence of a market directed towards children and the need to differentiate the sexes in such a clear way to earn more money is not something genetic, but culturally created and therefore not only it must but needs to be questioned. To get closer and closer to an inclusive society and dismantle gender roles, whatever they are, it is mandatory that we position ourselves against indisputably dated arbitrary norms. It is no accident that creatives sometimes envy children's imagination, with their boundless freedom and their view that anything is possible. The truth is that color distinctions limit this freedom, transforming female children into one-dimensional princesses and male children into superheroes, funneling their domains of interest and imagination. Even if we are witnessing some changes towards a neutral view regarding the associations between color and gender, it will take much longer to eradicate an institutionalized practice. And so, in the 21st century, one of the many wars that needs to be fought is the idea that girls are naturally attracted to pink and boys to blue. It is up to us not to be complicit in this social normatization that dictates what and how to be. Neither colors, nor roles, nor topics where they want to fit us since children. Let that sink in.