English Version | 'Til life do us part

From house to house, work to work, love to love. Life will find a way to lead us towards the right place, so, until then, I promise never to commit. Not for better, nor for worse. Not for richer, nor for poorer. Not in sickness, nor in health. I will stay only for some time, til life do us part. 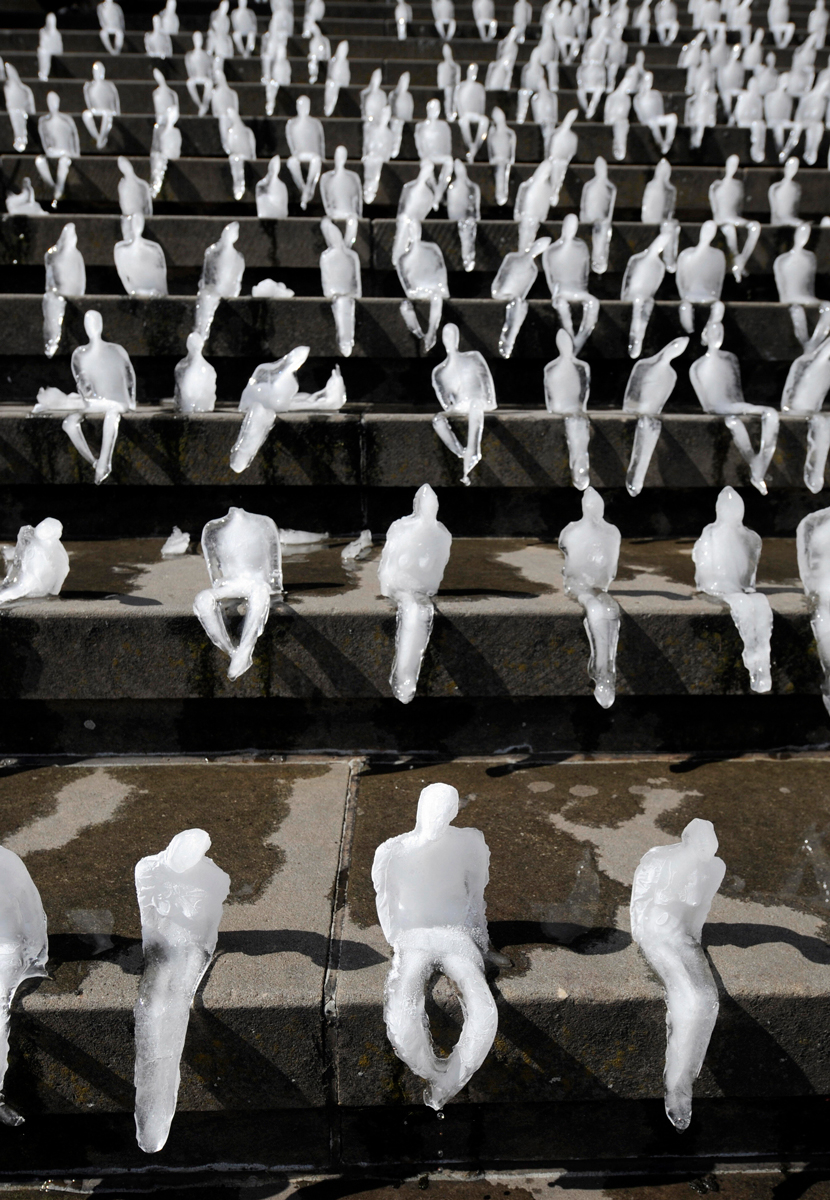 I’m only happy where I’m not, I only want to go where I don’t go. Not even quotations are necessary, because even though these words have an owner (the Portuguese singer, António Variações, in the song Estou Além), they have long been stolen by the generations that before being characterised by their age, received a label for their way of being in the world. And that bothers. Difference and change bother. But not to millennials, and following generations, which seem to have adopted a permanent stage of “new beginnings” as a routine to be repeated without cease. Nomads? We prefer to call them the restless generation, known by its thirst for more. More experiences. More life. More emotions. Because of that, there are those who jump from city to city, looking for a place to finally call home. There are those who go from apartment to apartment almost with the same periodicity as we change our closets from Winter to Summer. There are those who study a certain area in their Bachelor’s degree, and another completely different in their Masters, to then end up practising a profession that has nothing to do with their courses (if this example seems too specific, you can imagine where the inspiration came from). Between the twists that characterise the present time, can we still find something to represent our “forever”? If you are struggling to answer, congratulations, life led you to the right text.

Despite there being a growing tendency to live in a permanent state of change, previous generations demonstrate that it has not always been this way. For some reason, the expression “til death do us part” was created - it was a sign that there was someone willing to say it, even when it sounded apart from wedding bells. On the older days, when we would choose a job, that was the job that we practised until death (in this case, retirement) did us part. When we would choose a house, that was the house we lived in until death did us part. When we would discover a recipe for happiness, that was the recipe we followed until death did us part. Happiness might not be the most correct term, actually. Sophie Seromenho, clinical psychologist, believes that, before everything, it was stability - rather than happiness - what was sought after by generations X (those born between 1965 and 1981) and baby boomers (1945 to 1964), as an almost inherent need to them. To better explain this logic, the mental health specialist resorts to the Maslow Pyramid of Necessities which organizes, through an hierarchy, the main human needs. “We start with the basic, which are the physiologic needs: food, water, sleep, homeostasis, etc.”, explains Sophie, referring to the base of this hierarchy. “Then, security: security at work, security at home, having a safety net, being healthy, among others.” Higher in the pyramid, we find a section dedicated to love and relationships, followed by self-esteem and, lastly, at the top, “we have self-fulfilment, which is being happy at our job, feeling valued, feeling like we are productive and that we provide value for society”, completes the specialist. The logic behind this theory explains the difficulty we have in rising in the hierarchy, up to stages like seeking for self-fulfilment, when the demands at the base are not secured. According to Sophie, “if baby boomers, for example, had trouble securing basic needs, such as food, other emotional and superior psychological needs were not even put into question.” As the general quality of life increases, also coming generations feel the need to aim higher, something that may have happened in the case of millennials. And even if the never-ending search for happiness can cause instability during the process, that must not be the only reason that can explain the dissatisfaction characterising new generations.

On one hand, it would be difficult to scientifically demonstrate that a certain generation seems to be more frustrated than those who have come before it; on the other, it is possible to look at the context where that same generation is being raised, as a way to find a starting point able to explain some of its behaviours. “What we [researchers] know is that the so-called millennials, which generally refers to those who were born in the beginning of the 80s until the middle of the 90s, have been making their transitions to adulthood in the midst of several social and economical changes.” Diana Carvalho, researching assistant at ISCTE’s Centro de Investigação e Estudos de Sociologia, points out the economic crisis initiated in 2008, and also the crisis associated with the pandemic we currently live, as two situations that have greatly impacted the current background. As for the period concerning the 2008 recession, “we know that it had profound and fracturing effects in jobs and life pattens, notably with the rise in unemployment rates, the decline in incomes, and the increasing precarious situations - and that these affected particularly young people and their opportunities.” For the sociologist, “these impacts in the labour market are the most direct, but they also affect other life fields - they make it more difficult for young people to leave their parents’ houses and have housing autonomy, which impacts fertility rates.” There are also other questions that deserve to be raised when discussing the context of a generation which grew up side by side to a real technological revolution. After all, it wouldn’t be a reflection about millennials if social media was not brought up into question. The growing easy access to information has majorly contributed for the gradual change in life goals. Now we know that it is possible to work from our computer while travelling across the Asian continent, not only because we possess the means for such, but above all because we see others do it. Sophie Seromenho believes that the digital evolution showed to be “too fast” when comparing with our society’s ability to adjust to this new reality. This discrepancy gave origin to generations which “don’t know how to manage the amount of information that exists, not even the power that has been given to them through social media.” According to the psychologist, who places social media at the heart of some main frustrations common to millennials, “it is all too much, it is too much information circulating.”

We realise more and more that the dissatisfaction inherent to millennials is not solely born out of free will, not even of the extensive range of possibilities that we have in front of us. It is, before everything, a consequence of the moment we live in. “The expectations and aims of generations are shaped and constrained by their social context”, says Diana Carvalho. “With this we know that what people expect and project upon themselves are also constructions and reflections of their social, cultural, economical and political contexts. This may seem as if millennials get ‘more tired’ than other generations, but their narratives also emerge from an adjustment and normalisation of the constraints they live.” The sociologist states that there is a certain consistency among what the various generations wish for their future. Sophie Seromenho, on her side, does not share the same opinion as for the way these wishes are fulfilled: “It is possible to find a certain cognitive dissonance between the millennials’ idea of success and that of the generation which raised them.” For the psychologist, unlike to what happened before, the big majority of millennials does not look at happiness like a list of pre-defined itens waiting to be crossed out. Find a stable job? Check. Get married? Check. Have kids? Check. It’s not enough, because “when people from this generation feel like they are stagnating, they want to change immediately, because they want more. They want to feel happy, fulfilled.” The problem rests on the fact that the current background does not always allow to go after the next level of the human needs’ hierarchy, since security and stability are not guaranteed. Therefore, we find a generation that lives between the sword and the wall, in that tight space between not knowing if it is better to fight to guarantee a stable life, or to run after their self-fulfilment needs.

And what about the next generations, what can we expect? Diana Carvalho sees the situation in which millennials find themselves as something cyclical. “The tendencies that we identify for millennials, notably regarding instability and precariousness, are not new and they have already been felt by other generations which have made their life transitions during other economical, social and political crisis of the past”, concludes the specialist. Sophie Seromenho believes that the next generations will continue the behavioural tendencies we are now seeing: “We can hope for more entrepreneurial people. There will be increasing rotation at work. There will be no more jobs for life. Actually, people will not stay more than two, three years in the same job.” If these are really the tendencies to be followed, only time will tell. Until then, everything points out for that the period shaping in front of us to be more unstable. Political riots, climate change, social injustices. What we are not lacking are reasons to be educating frustrated generations. But, after all, are not exactly those same people who end up changing the world?