English Version | Lado B: Mellon Collie and the Infinite Sadness

It was 1995 when the Smashing Pumpkins, then at the height of their popularity, released the album that lends the title to this text. Taking a pun on the word “melancholy” (Mellon Collie) and adding to it some sort of Infinite Sadness, Billy Corgan and company gave voice to a generation that felt lost, empty, aimless. It was the band's own vocalist who claimed that the disc was inspired “in the human condition of mortal sadness”, something “vague” that even he could not define. For this “vague” thing, the English language has the most accurate expression of all languages: “feeling blue.” 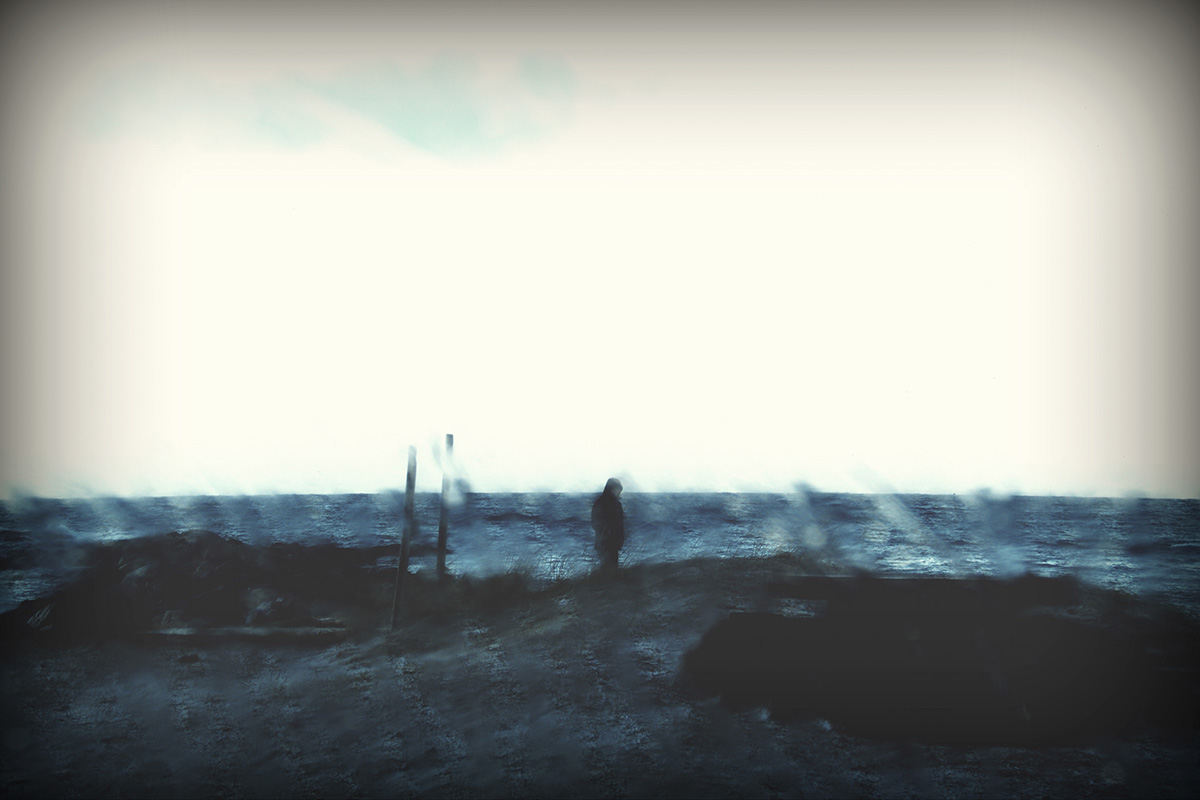 In less than 0.5 seconds, Google gives us 1,620 million results when the search in question is “feeling blue.” This means, so to speak, that many people in various parts of the world seek, or have already sought, the meaning, or the roots, of this expression. And this also means, so to speak, that almost none have managed to reach a credible conclusion. There are websites that state that the phrase comes from an ancient custom used among deepwater sailboats - if the ship lost the captain or any of the officers during the voyage, one of the crew members should fly blue flags and have a blue stripe painted along the hull when returning to the port of departure; there are others that they say the connection has other reasons - the proximity of death, in the 19th century, started to be associated with the color blue, because that tone meant that someone, usually in a terminal state, was on the verge, or very close, of passing “to the other side"; others maintain that the term was used for the first time in the middle of the 19th century, by French tourists visiting New Orleans, in postcards they sent home (insert many ellipsis in this option, but semi facts are semi facts); others go on another direction and suggest that the tone has always been related to sadness, going back to ancient times, being impossible to determine its origin - just depending on the culture and country. "If you say 'I'm feeling blue', it means you're sad", can be read in one of the links suggested by the engine of research. And others, more direct, such as Writing Explained, summarize everything in an ultra-succinct definition: “to be sad.” But why "blue"? Where does this (only apparent) obvious connection between melancholy and blue come from? Over the years, the expression has crossed borders, and has come to be used both by English speakers and by all others who use it as a means of daily communication, either via the web or in interjections that intrude in your vocabulary. Anyone of us, at anytime, anywhere in the world, has already sigh, on a less good day, “I’ve got the blues.”

“The world is blue at its edges and in its depths. This blue is the light that got lost. Light at the blue end of the spectrum does not travel the whole distance from the sun to us. It disperses among the molecules of the air, it scatters in water. Water is colorless, shallow water appears to be the color of whatever lies underneath it, but deep water is full of this scattered light, the purer the water the deeper the blue. The sky is blue for the same reason, but the blue at the horizon, the blue of land that seems to be dissolving into the sky, is a deeper, dreamier, melancholy blue, the blue at the farthest reaches of the places where you see for miles, the blue of distance. This light that does not touch us, does not travel the whole distance, the light that gets lost, gives us the beauty of the world, so much of which is in the color blue. For many years, I have been moved by the blue at the far edge of what can be seen, that color of horizons, of remote mountain ranges, of anything far away. The color of that distance is the color of an emotion, the color of solitude and of desire, the color of there seen from here, the color of where you are not. And the color of where you can never go. For the blue is not in the place those miles away at the horizon, but in the atmospheric distance between you and the mountains. […] Somewhere in this is the mystery of why tragedies are more beautiful than comedies and why we take a huge pleasure in the sadness of certain songs and stories. Something is always far away.” The previous excerpt belongs to the book A Field Guide To Getting Lost (2005), by American writer Rebecca Solnit. In it, the author makes a kind of self-reflection about the beauty of losing ourselves, without fear, and ends up immersing in the magic of blue, and in how that color surrounds everything we love, fear, and leave behind. “The blue of distance comes with time, with the discovery of melancholy, of loss, the texture of longing, of the complexity of the terrain we traverse, and with the years of travel. If sorrow and beauty are all tied up together, then perhaps maturity brings with it not … abstraction, but an aesthetic sense that partially redeems the losses time brings and finds beauty in the faraway. […] Some things we have only as long as they remain lost, some things are not lost only so long as they are distant.” All of these things, it is understood, are blue. We might call it sadness, melancholy, or pain. It was also about these things, these “vague” things, that the Smashing Pumkins sang in Mellon Collie And The Infinite Sadness.

Back to the origin of the expression “feeling blue.” According to the aforementioned Writing Explained page, “many cultures associate different colors with different moods or give them another symbolic meaning. For example, in many English-speaking cultures, red can mean anger, black can suggest death or evil, white can show purity and green can represent jealousy or the talent for growing plants.” Blue, on the other hand, always appears linked to sadness. Some sources point to Geoffrey Chaucer (1343-1400), English writer and diplomat, as the first author to refer in this way to the word, and the color, blue. He wrote “Wyth teres blewe and with a wounded herte” (which, these days, would be, “With tears of blue and a wounded heart”, something like “With blue tears and a wounded heart”), in his poem Complaint of Mars, dating from 1385. Others seem to forget that moment, and go straight to The Boston Book: Being Specimens Of Metropolitan, published in 1836, a compilation of several writers of the time, where the following passage is found: “Yes – I was attacked, literally, by a legion of live pork. The horrid circle contracted rapidly around me. Flight, in any sense of the word, was impossible. In this agonizing moment the clouds opened and discharged a tremendous shower of - dough-nuts. Henceforth let no melancholic victim of ennui complain of feeling blue, till he has felt the ‘pelting of the pitiless storm.’" It is not surprising that this passage coincides with the appearance of the Blues, in the South of the United States, a type of music that conveys, by itself, a certain melancholy and restlessness.

For its part, scientific studies point out that people in depressive states tend to perceive blue color differently from others. “We were already deeply familiar with the frequency with which people use color terminology to describe common phenomena, such as humor, even when those concepts seem unrelated,” explained, in 2015, Christopher Thorstenson, professor at the Rochester Institute of Technology in New York. "We thought that maybe a reason these metaphors emerge was because there really was a connection between mood and perceiving colours in a different way." That same year, an investigation in which he participated was published in the journal Psychological Science, which found that, in fact, “humor and emotion can affect [the way] we see the world around us.” Thorstenson was referring to a survey involving 127 people, some of whom were subjected to watching an emotional video, and the rest watched another, a comic one. After that, all participants were shown a series of patches that contained four colors - red, yellow, green and blue. The results showed that those who had seen the "sad" minifilm had more difficulty in identifying colors than the rest - especially if they were blue or yellow. Scientists think this may be linked to the dopamine neurotransmitter, which alters brain function. As the site Neuroscience News wrote at the time: “The world might seem a little grayer than usual when we’re down in the dumps and we often talk about fee-ling blue. New research suggests that the associations we make between emotion and color go beyond mere metaphor.” This being said, the next time you read or hear the phrase “I’m feeling blue”, think twice before cataloging it as a mere cliché.

All of this serves as an example to explain, or at least help to understand, part of another similar expression - "Monday blues." To have, or feel, these “Monday blues” is to be paralyzed with a discouragement or laziness, which attacks the “patient” on Mondays, either because he/she does not want to face a new week, or because he/she is on vacation from the weekend, or because he/she hates work, school, and so on. It is a recurring lack of energy, an absence of enthusiasm, that many people cannot control, no matter how long it passes - and that does not necessarily mean sadness, just an anguish that cannot be controlled. It is a more common phenomenon than we can imagine, and it usually comes after the loop of excitement and disenchantment that characterize Sundays, when we enter the “probation” phase of our worldly pleasures and are forced to submit to the routine and the obligations of life in society. However, there are also those who argue that the “Monday blues” are a myth, and that most of those who complain about them just don't like what they do - it makes one think, at the very least. In any case, the word, and the color, blue (and, by extension, this unavoidable “feeling blue”) will invariably be linked to a feeling of suffering, despondency, unhappiness and, of course, melancholy. Perhaps because, as Rebecca Solnit points out in the book mentioned above, "blue is the color of longing for the distances we never arrive in, for the blue world."