The mirror can also hide a magnifying glass that highlights what we would like to make disappear. For those suffering from body dysmorphia, this object does not attract Narcissus, but Eris, the mother of all evils. 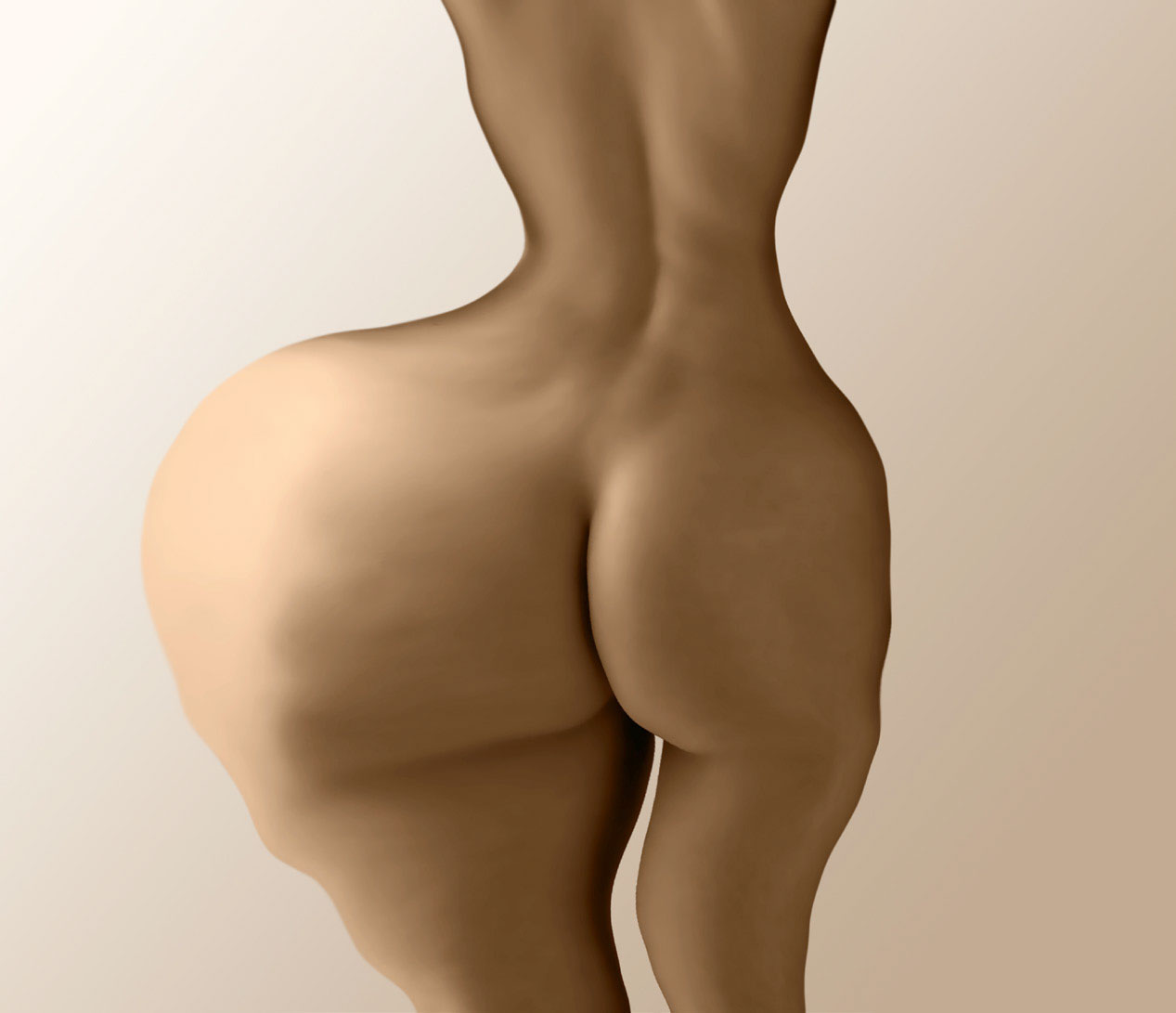 There are bad days. Everyone has bad days. Those days when the hair isn't looking good, the clothes squeeze us or swallow us, the dark circles give make us look dead no foundation or concealer can fix that. Days when we run from the mirror because any glimpse of our reflection will make us want to go back to bed. But what if it isn’t just a bad day? What if every day becomes a bad day? Days where we don’t want to leave the house and the mirror becomes the enemy, a magnifying glass that amplifies what we think is the defect that everyone sees the moment they look at us. This is the reality of those who live with body dysmorphia, a disorder in the spectrum of obsessive-compulsive disorders that consists of “excessive concern with physical appearance and focus on imperfections that do not exist or are very slight ”, explains Cristina Sousa Ferreira, a psychologist at the Oficina de Psicologia. In addition to this excessive concern, there is also a firm belief that this imperfection is noticed by everyone. Body dysmorphia in no way resembles a normal complaint with our physical appearance that everyone experiences once in a while. In this case, concern and fixation are accompanied by intrusive thoughts, obsessive and repetitive behaviors that the person can't control. “It causes clinically significant suffering - sadness, shame, anxiety, depression -, consumes time, disturbs the achievement of daily tasks, day-to-day functioning, and has an impact on work or school ”, says Cristina. “This distorted perception of body image means that, in response to concerns about appearance, disturbing thoughts like lack of adequacy, repetitive behaviors of constant verification (looking in the mirror, excessive hygiene, squeezing and scratching the skin) and mental acts like comparing the appearance with others arise and cause shame, sadness, social isolation and have a great impact on life”, he adds. Behaviors and obsessive habits translate into repeated mirror checks to make sure that imperfections are hidden with makeup, baggy clothes or anything else that serves to mask the "defect."

In terms of incidence, there is no pattern, but the disorder usually manifests in adolescence. “Two-thirds of the individuals have the symptoms of the disorder before the age of 18, however, they may appear earlier, in childhood, or even in early adulthood", says Cristina. Symptoms are common among children, teenagers, and adults diagnosed with body dysmorphia and there are also similarities in the behaviors of men and women concerning body areas that are not appreciated, types of repetitive behaviors, developments of the problems, and use of cosmetic procedures for body dysmorphia. “Men are more likely to have genital concerns and women are more likely to develop an eating disorder”, explains Cristina. Muscular dysmorphia - which focuses on the obsession with an extremely muscular appearance, translating into hypertrophy and, in more extreme cases, of anabolic steroid - appears almost exclusively in men. “Concerns can appear on one or more areas of the body, but the most common are the skin (acne, scars, lines, wrinkles), hair (e.g., 'thin' or 'excessive' body or facial hair) or nose (size or shape). However, any area of the body can be the focus of concern (eyes, teeth, weight, stomach, breasts, legs, size or shape of the face, lips, chin, eyebrows, genitals) and can vary”, the expert tells Vogue. The diagnosis meets criteria such as incidence and repetition of behaviors to verify the observed “defect” and the attempt to hide it; if that obsession has significant consequences on the social and occupational functioning and whether, as a result of the isolation ends up being a catalyst for other disorders such as depression, stress, anxiety, etc.

“Stopping going to school, going out with friends or even going to work and being a prisoner of a body that they see as ugly, despicable, imperfect, horrible, is the step that aggravates the suffering and impairs the functioning of everyday life. This suffering goes hand in hand with reduced self-esteem and depression”. Body dysmorphic disorder is very often accompanied by emotional distress and depression and one of the factors that contribute to the development of other disorders is chemical and affects serotonin neurotransmitters, which is the so-called happiness hormone. It turns out that body dysmorphia has been linked to an anomaly in stimulus processing. “Abnormal functions of serotonin and dopamine may be involved, as evidenced by the good response of these patients to medication that alters the levels of these neurotransmitters”, reports Cristina. She also adds that “depression and depressive symptoms are common in people with body dysmorphia as a result of suffering and functional impairment that this disorder causes. Concerns about appearance cause clinically significant suffering and impair social and occupational habits and other important areas of life. When social interactions are just reduced there may be a moderate impact, but the total avoidance of social settings with complete confinement at home translates into a severe issue. It is common to avoid activities relationships, intimacy, with a clear impact on social functioning. Individuals may be imprisoned for years with symptoms of this disorder and more severe symptoms are associated with poorer functioning and quality of life. About 20% of young people report leaving school because of symptoms of body dysmorphia and the disorder is associated with high levels of anxiety, social anxiety, social avoidance, depression, low extroversion, and low self-esteem.”

Sufferers of body dysmorphia find themselves stuck in an obsessive behavior because of a defect or flaw that they identify and believe is obvious to everyone. These flaws are not observable or, when they are, seem insignificant to other individuals, but in an attempt to break the cycle of compulsive fixation, some look for aesthetic or surgical treatments to solve an invisible problem. “Most individuals are looking for cosmetic treatment to try to improve their perceived defects. Dermatological treatment and surgery are the most common, but they can search for any type. People with body dysmorphia respond poorly to this type of treatment and are often worse because if feel dissatisfied with the result obtained and even sue or complain about doctors or clinics”, says Cristina. And the persistence of the problem, even when the supposed reason for discontent is resolved, can be explained through studies that associate body dysmorphia with visual dysfunction. What happens is that the brain isn’t always able to process the change made through surgical or cosmetic treatment and the problem remains the same or worse. As for the diagnosis, Cristina Sousa Ferreira clarifies that body dysmorphia can take years to be detected, as it is still confused with “normal developmental situations in adolescence”, because people feel embarrassed and ashamed for revealing their symptoms or because they believe they are defective.” The search for a psychologist usually happens “when the problem has already evolved for depressive or anxious disorders or symptoms or when patients are referenced by doctors they contacted for the resolution of their “defect” (dermatologists, cosmetic surgeons, dentists, etc)”.

Looking at the current state of things, does having more free time mean more time to focus on our body image? Cristina answers: “Dissatisfaction with one's own image is very common in the general population, it is boosted by cultural values and social media and plays an important role in a large number of psychological disorders, including eating disorders, social phobia, and body dysmorphia... The level of concern caused by dissatisfaction with the image varies between people, but it can reach such an elevated form that causes these concerns to interfere with everyday functioning. In this pandemic, we were forced to distance, social isolation, and confinement. These measures were hard for all of us - for those whose social contacts and going out on the street are part of the habits and are fundamental to the well-being. However, for people with a moderate or high level of concern with body image, such as body dysmorphia, these measures can have initially been protective. Avoiding contacts and limiting social gatherings protects them from exposure to others. Not going to school, work, or not being in social situations avoids exposure to others and may have alleviated excessive concerns with the image. Work meetings are online (often with cameras off or with the possibility of adjusting the proximity of the screen and there are even programs to improve the image while in video calls), parts of the body they are ashamed of can be hidden and we can choose to only publish the images that favor us... And so much food was shared, lifting off the focus on our personal image”, she explains. But if the lockdown was translated into an easing of excessive concern with the image, the return to normal life can reignite this disturbance, as Cristina points out: “This initially protective situation reinforces the concern, the stress, and anxiety in future situations. Initial relief can later manifest and result in greater suffering.”