Where did all the love letters go? Did they gradually disappear until they were only abbreviations turned into emojis and acronyms? In fact, are love letters still written? And are all love letters really ridiculous? Ridiculous is exchanging a love letter for a swipe right. Am I worng? 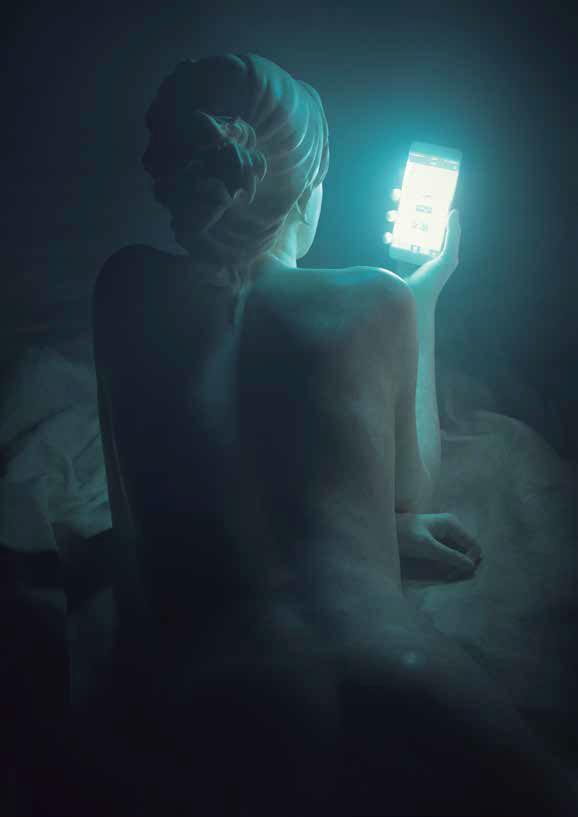 Love letters, who hasn't had them? Millennials, probably. The closest to such anachronism would be that GIF flashing I love you that is sent on any social network or chat app. Or that meme with some sort of Internet pun. Some young people in the new century may have even felt the eternal love professed with a simple swipe right. Others received it with a luminous alert on a smartphone screen announcing that SMS saying “rll luv u <3”, that basic text filled with inspiration. Aren't love letters written anymore? Even if not on a serious level, with paper and a permanent ink pen, sealed with wax and a coat of arms… are there no more poetic DM’s, prosaic WhatsApp’s, heartfelt voice messages? Are love letters really ridiculous? Even Álvaro de Campos did not consider them that way - it's true that the poem begins like this, but admits that ridiculous were those who had never written love letters. These letters, which for centuries trod kilometers for courting one's soul mate, did not spare themselves in the words to say a simple "I love you." When Napoleon Bonaparte, as a young man, wrote letters from war to his beloved Joséphine, in the 18th century, he did not send heart emojis or skimped on his feelings; in one of the texts, he said to her: “A few days ago, I thought I loved you; but since the last time I saw you, I feel like I love you a thousand times more. Since I met you, I love you more and more each day; it just shows how wrong La Bruyére's was about love coming all at once. ” When Patti Smith wrote to Robert Mapplethorpe in 1989, she was not half-hearted when she opened her heart completely to confess that “I often stay up at night thinking if you too are awake… you took me out of the darkest period of my young life, sharing with me the sacred mystery of what it means to be an artist. I learned to see through you and to never compose a line or draw a curve that does not arise from the knowledge I gathered from our precious time together… ”. One day, somewhere in the past, I had a note on my car window that said: “Hello, you are cute. Do you want to go for a drink? ” and his phone number. The maximum eloquence possible in the 21st century? Far from being Bonaparte's statement, at least it was written on paper and pen. There is something very intimate about using ink and writing by hand instead of typing with your fingers. “Few love letters are written, butwe write more nowadays (digitally) than ever before,” says Joana Canha, a clinical psychologist. “But the way we express ourselves makes a difference. Leaving something written by hand, even though it may be a note, always has a special feel to it. It is more personal, it conveys a sense of connection with the other person, it is unique and you cannot copy/paste it.”

This is not to say that the words of love of modern times cannot be as romantic as those written in ink. The platform can change and what you write can still be considered a love letter, in its essence. But perhaps modern times have put a new modus operandi in relationships, which may have been further increased with the advent of dating apps, after having already undergone changes in the paradigm with social networks and the ease with which you can “begin a conversation” with just a like. Now, it’s easier to say “hello”. Impersonally, almost without risk. “We have seen an exponential growth in the use of social networks. But in a pandemic year, where there are countless restrictions regarding contact with others, social networks have become the new cafes and bars. With the numerous restrictions that make contact much more difficult, we socialize much more online. What was once a choice, has now become necessary for us to keep in touch with each other ”, points out the expert. “The search for contact, being close to other people, is part of human needs and (not thinking about the pandemic we are experiencing) social networks and dating apps have made it easier and even more comfortable to try to contact others. Previously, it took a lot more courage to physically try to meet someone. Physically, we feel more at risk of being rejected and it is a more intense rejection, in contrast if the same happens digitally. ” It is also easier to ignore (have you ever heard of ghosting, this art of disappearing without leaving a trace or evidence that justifies it? Stop responding, talking, showing up, even if the last interaction was wonderful?), as well as it is easier to suspect, "imagining things", exploring the person's life on their social media platforms, linking our own constraints to judge, for the better or worse, that person's history: “The use of social networks can greatly facilitate contact between people, however, several studies have shown that there is a huge negative impact in the course of a relationship and even in the mourning period when it ends ”, points Canha. “There seems to be a connection between the use of social networks and the increase in jealousy. Social networks have become the ‘look through the lock’ in other people's lives (allowed by themselves, since we choose what we want to share or not). We are witnessing a growing cult of showing the world, of breaking the privacy limits of our own relationships - often without this perception - and even of feeling judged by the comments to what we choose to expose. However, and as with everything in life, balance is the key ”, she says. In this online discovery game, there is another imminent danger that has to do with the idealization of the object of desire. If it is true that we do not fall in love with someone, but rather with the idea we have of that person, social media brought with it the possibility of creating an (even) more erroneous idea based on the edited version that we learned to know in an Instagram, Facebook feed, Tinder, etc., and that it is more difficult to falsify in person: “The biggest advantage [of social networks] will always be the possibility of meeting people, of being able to talk to someone”, begins the psychologist. “This is the biggest goal, regardless of what type of relationship they are looking for (friendship, sexual, loving). However, the risk is the idealization and, consequently, disillusionment or even suffering. When we talk to someone we don't know through apps or chats, there is an enormous likelihood of idealizing who is on the other side or even idealizing the relationship. When there is physical contact, the conversation in person, we can understand the other person's own non-verbal language and consequently make a better reading of how they relate.”

This is complicated: it is easier to meet people, but it is more difficult to "meet" people. Does this mean that it is also more difficult to fall in love? Or easier? “Falling in love is not easier or more difficult with the Internet. Falling in love is intrinsic. We may have countless opportunities to fall in love, but it still doesn't happen. It depends on willingness and internal availability (two different concepts) ”, demystifies Joana Canha. “However, by socializing more, meeting new people, our chances of falling in love increase. And the Internet has played a big role. It breaks down space limitations, physical boundaries, and makes us connectable with the rest of the world.” We know more people, so we increase our likelihood of falling in love with them, but there is also a greater chance of falling in love with someone of whom we have an idea and that idea turns out to be an illusion. But, in the hope that this is a possibility rather than a probability, we will continue to believe that there is more love to be distributed today, even if it is abbreviated, by emojis, with acronyms and memes and mobile phone notifications. And the love letters, where did they go? "It will not be the paper or the smartphone that make the difference", believes the psychologist. “The way people communicate is changing, but that doesn't mean that relationships have to change because of that. It seems to me that they have to adapt to the existence of social networks (mainly through good communication). The perception of relationships seems to be changing, but this will be more related to the personality of each one. However, it is indisputable that written messages are gaining ground in face-to-face conversation. When there is a situation that needs to be talked about, more and more, this is done through written messages and not the typical face-to-face conversation. Fear of confrontation and conflict, impulsiveness (not wanting to wait until you are physically with the person) make written messages the method of choice; but they can also pave the way for interpretations contrary to the original intention. Relationships require time and presence, even though written messages or notes play a role in the relationship. ” Written confrontations aside, let's go back to declaring your love - do we continue to do it? If so, where have these love letters gone then? Wherever we want them to, as long as we perpetuate them. We can even write them in bits and bytes, because when you write something beautiful, it is not the medium that removes its beauty. In any case, the next time you want to say something really, really, special, put it in writing. On paper, if possible. And ink. Emojis are optional.