Online dating platforms can tell us a lot about potential romantic partners, but people cannot be measured by algorithms and love is far more than just common interests. 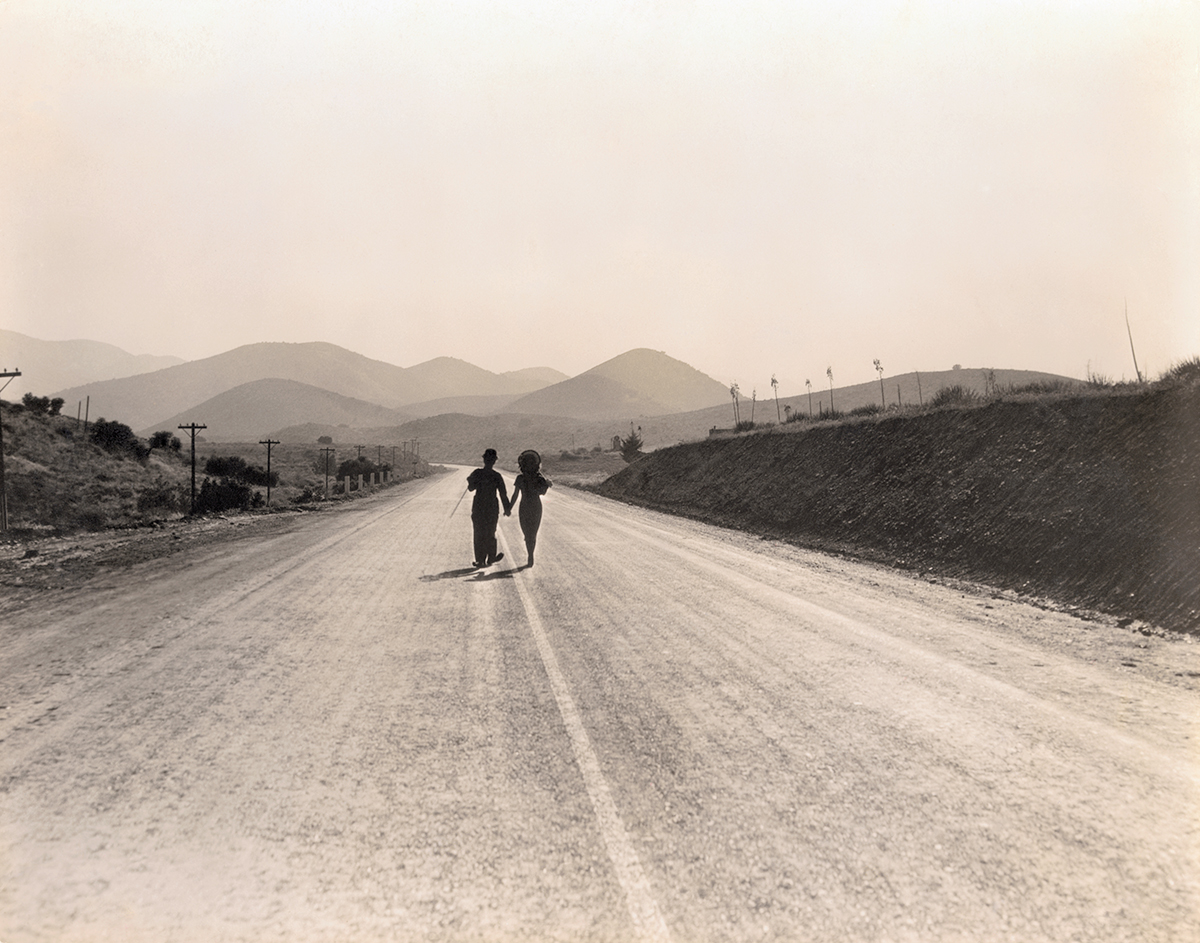 Us humans we are not always good at predicting how we would react in certain situations. In fact, we are notoriously bad at that prediction. That's why dating violence, domestic violence, sexual violence and gender violence are so complex. When we feel calm and rational and not in any type of danger, it is very difficult to imagine how we would react in situations of high energy and extreme stress. Many people, myself included, like to think they would never allow, would fight back, would quickly end the relationship. After all, how many times have I heard and read: “But why didn't she report? Why didn't she react?” We think, “I would’ve” this or that. It is difficult to understand that not reacting or reporting someone who attacks us physically or psychologically is not an indication of consent. In addition, there is a huge shame associated with the label of victim when it comes to dating violence. It happens to so many teenagers, so many women. When it happens between us and, with someone we think we love, it’s a whole different story.

Between 2012 and 2013 I suffered from dating violence and it is the first time that I am putting such a thing into words. When we are 17 years old, we have no idea the challenges that loving and being loved imply. The first love is so intense that everything seems relatively lawful. Controlling how we dress, the friends we have or the texts on our mobile phone are violent behaviours that most young people consider normal. To insult, threaten, constantly call or text are also legitimate. Mental, verbal, emotional and psychological aggression precedes the physical one, it must be noted. One of the most vivid memories I have, and that unfortunately I still haven't managed to cancel from my mind despite the passage of time, is that of a day when I hid for a long time among the buildings around my house waiting to hear the sound of the motorcycle leaving. The chase. The feeling that I couldn’t get inside my house, which should have been a safe place. Entering a cafe and staying there all afternoon because I knew that if there were more people he would not approach me, ashamed of himself, and would eventually give up and leave. "Do you need anything?", "Tea please." I needed someone to help me call the police. “It’s fine, I have everything under control”, repeated several times as if it were a mantra, so that I could convince myself as well. The fear to say or do something that would piss him off, that would incite violence, like that time he ripped the laces and tongue off his sneakers using his own hands and then scratched his own face until bleeding. The panic on my face, the actual fear that he could do something like that on me. Spitting in my face. Pushing me to the floor. Me hitting my coccyx in a vase. 100 missed calls. 200 messages with insults, blunders whose meaning I did not know. Anxiety about the noise of motorcycles. I think about these things and bite my lip to prevent me from crying, because remembering is living. Lying and ostracize friends and family to hide abuse. I knew it was all wrong, but I thought the consequences that he would suffer if I exposed his behaviour would make me suffer even more. I believed in a love that did not exist. I felt traumatized, petrified inside and outside, incable, enraged, ashamed and weak, everything at the same time. Could I have prevented all this? The question that hammers our brain. Society tells us that we could. The same society that keeps us silent and does give us space to raise our voices and stand up for ourselves.

Why is it important to share such a personal testimony, on printed paper, in a magazine like Vogue, that so many people will read? Because the data collected by UMAR through the National Study on Dating Violence 2020 - and within the scope of the national ART'THEMIS + Project Young Leaders in Prevention and Gender Equality - show that 58% of young people who date or have dated report having suffered at least one form of violence by the current or former partner. Furthermore, 67% of young people consider being natural some violent behaviours namely control, persecution, sexual violence, psychological violence, violence through social networks and physical violence.  In this study, carried out annually since 2017, participate young people from the 7th to the 12th grade at school, from regular or vocational education and belonging to several schools distributed nationally. How blind can non-love be? It’s a scary reality and if my experience was valuable in any way, make it for the awareness that non-love can take dangerous contours and compromise our intimacy forever (at least). We need to remember that dating violence is a public crime and not some teenage bullshit and, therefore, anyone may file a complaint against the aggressor. There is no such thing as a sick love. There are misogynist crimes. And today I am no longer silent.

Everything is fine when it's over. And for me, it can be said, it ended in the best way possible. I overcame the situation. Other stories, some very public, did not have such a happy ending. In popular culture, love is sometimes portrayed as a complex drama, a permanent discomfort, an electrifying game. Love is a story that gives us insomnia, suffocating and intoxicating at the same time. Love is a mix of excessive analysis and misunderstandings, just like in the Normal People novel - one of the great literary successes of 2018. Even the “happy ending” is just a precarious moment, in a series of ups and downs that end up defining the characteristics of a relationship considered “normal.” During my adolescence, this was the definition of common love. Today, with 25 years old, for me love is peace, love is calm, love is kind, it’s a comfortable silence. Just ordinary conversations where we speak from the heart, share ideas and ideals. It is mutual help, tolerance, it's laughing until your stomach hurts. It's getting home and having a healthy bubble where we can snuggle - away from stress and external problems. Love should not be another source of problems, there are already many - oh, so many – that need to be dealt with on a daily basis. Love is patience. Nonsense arguments that end up with kisses. Contrary to popular and literary stereotypes, there is nothing to excessively analyse, nothing to report or make guesses about. That’s love, in its more rewarding form. Which does not mean it is not exciting, but it's an emotion that makes us float and not one of those trust games where we don't know if the person will catch us five centimetres from the ground or drop us on the floor.

Every relationship is different; there is no universal guide or a key to success. There are stories. Happy stories or fun ones, honest stories and sad stories. Pieces of life that build our narrative. Whenever I feel very happy or very sad, it is good to be able to share this feeling with someone - a privilege. Life would be empty without him. My boyfriend is my companion in everything that really matters, my stabilizing force. And to think that it all started with a “swipe right” in an app, a moment that now seems very far away. Another life. Almost five years have passed. A rented house and house bought together later, if there was ever a stigma about the way we got to know each other, today that stigma no longer exists. For so many people around the world, these “virtual cupids” provide not only an opportunity to meet someone that maybe otherwise we would never have crossed paths with, as well as the possibility to customize this search. Nothing we didn't already do in person, in a bar for example - when they existed and were places with many unknown humans inside. More than 57 million people can't be that wrong about the role of Internet in their potential amorous adventures and misadventures. Personally, I had no expectations for the app - I looked at it like a new toy and my approach was that of a slot machine addict. Enough entertainment, let's put it that way. I had just returned from an Erasmus experience in Hungary, I wanted to distract myself and forcibly rescue a little of the fun from the previous six months. Erasmus blues, perhaps?

It was the first and only date I went to. I got inside this then unknown person’s car and I let it guide me, free from impediments or prejudices. There were never weird silences and the fact that we are both communicators probably helped. It seemed to me like the most natural situation on earth. I was looking for a flirt, a connection and a good conversation, but aren't we all? Maybe it was a mix of luck and timing? Over time, I fell in love. I felt that I could be myself, no editing, with someone whose “nonsense” were at the level of mine. I didn't have to prove anything, nor was I always under pressure. It was possible to reveal my more absurd character traits, bizarre confessions, crying freely and be loved in the least charming moments. We listened carefully to all the stories that made us who we are, even those that feel just like a tight knot in the throat, until the moment we “swiped right” in that app. I am very grateful for my love. All parts of me, stronger or more fragile, are safe with him. We have no obligation to love someone, we choose to do it. When we understand that the love that is genuine is simple in equal measure, this recognition transforms us. And it becomes clear that abuse and love are two concepts that cannot coexist. And this leads me to a quote by Brené Brown, an author I met through the blog of a former colleague from college called The Lauren Edit: “Taking on our story can be difficult, but not as difficult as spending our life running away from it. Embracing our vulnerabilities is risky, but not so dangerous as giving up on love, belonging and happiness - the experiences that make us more vulnerable. Only when we are brave enough to explore the darkness, we discover the infinite power of our light. ” And, as I usually say, “and there’s more truth than poetry to that.”