English Version | Lado B: The other side of the mirror

Anti-age. Anti-wrinkles. Anti-aging. Anti. Anti. Anti. The cosmetic industry has long declared war to aging. But if we are fighting something inevitable and common to us all, isn’t it a lost battle from the start? 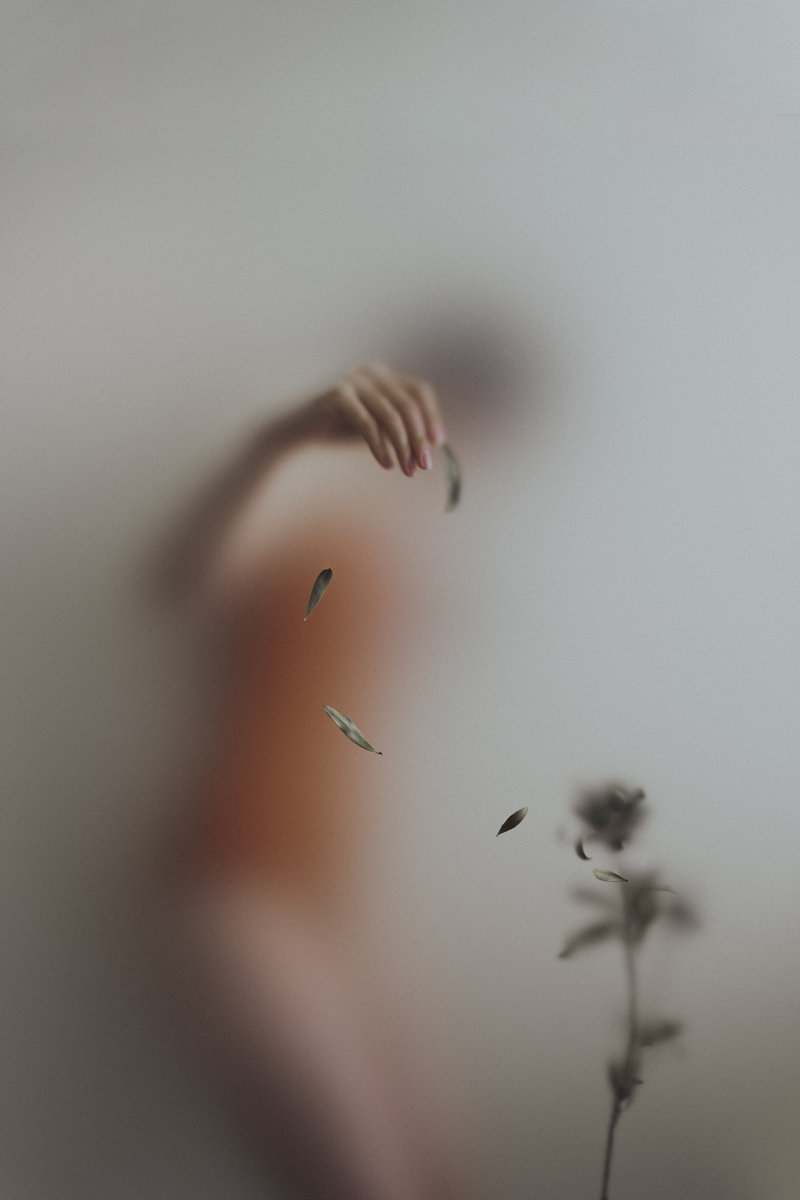 To age or not to age? No, that is not a question. As much as we want to consider it as such, aging is not a choice - it is a natural process, common to all, and over which our controlling abilities are practically inexistent. Despite the fact that, here, “practically” works as a keyword. Even though no one has yet discovered the real youth elixir, it does not take much to list a significant number of Beauty treatments and products whose main purpose is to reduce signs of aging. And the options have never stopped growing, mainly in the area of cosmetic surgery. “In my experience, the application of botulinum toxin is still the most demanded treatment”, says Dra. Júlia Vide, dermatologist at the Prof.ª Sofia Magina clinic. Botulinum toxin, also known as botox, works as a nervous impulse that, after being injected in small quantities in the facial muscles, temporarily reduces the proliferation of skin wrinkles. But the practice of aesthetic medicine has already evolved a lot besides this procedure. According to the dermatologist, “other treatments which have been increasingly demanded are radiofrequency with microneedling for the stimulation of collagen production, lasers for the removal of small spots and superficial vessels, fillings with hyaluronic acid or collagen biostimulators and mesotherapy with polyvitamins.” The options are more diverse than ever, which helps amplifying the type of audience that is seeking them. “The women around the age of 40-50 is still the most frequent patient profile”, says the specialist, even though the spread of information has resulted in rising demand from lower age groups, and also from the male audience. Something that, for Júlia Vide, has its positive nuances, since “acting in prevention is the most effective and natural way to reduce the signs of age.” But the more we speak about the advantages and evolution of this type of anti-aging interventions, the more we need to clarify from where it occurs the desire to hide something that we know to be so natural and, more than that, inevitable.

Even though the passing of the time is something that lies beyond our area of control, if there is something over which we keep having power is the attitude we adopt towards aging. Accept or not to accept? That is the question. And it is the question over which we should dwell on, at least until we don’t find a technology capable of reversing the effects of the natural flow of life. “The prejudice associated with aging, the negative descriptions, the constructed stereotypes or the discrimination of people based of their age (ageism) are something that exists for centuries.” These are the words of Débora Correia, clinical psychologist at Academia Transformar, said to highlight that, despite being something natural to human beings, aging is still considered a “synonym for physical degeneration, disablement, sickness and loss.” And not even for the cosmetic industry is that an exception. Actually, this industry has had its roll in perpetuating such association. From the filters that leave our skin #flawless to the photos that are never published without feeling the effects of Photoshop’s magic wand, we know that today’s beauty standards elevate youth to an almost godlike state - though not even the real youth is truly accepted, since it may not have visible expression lines, but it has acne and other hormonal variates which are not very much desired. Because of that, we face the spreading of products and treatments which, on one hand, help achieving the ideal of having youthful skin, but, on the other, make us “question even further the way we see and perceive ourselves”, explains Débora Correia. For the psychologist, when we try to fit the results of our own aging into a socially accepted pattern, “we feed our critical lenses, guilt, raising levels of discomfort, frustration, anger and even anxiety”, which, in extreme cases, can lead to isolation, as an attempt to hide from those who watch us.

With the aim to explore the reasons that lie behind the desire to reduce visible effects of aging, let us return for a moment to the world of anti-aging treatments. What makes a person want to resort to this type of procedure? “Cosmetic surgeries usually happen with the goal of making improvements in ourselves that will make us feel more comfortable in our own skin”, clarifies Débora Correia. Nonetheless, there may still be other kinds of motives: “Pleasing to others, look like a public figure or with someone admired, or even because we cannot live with the idea of loosing the image that we have always had or idealised.” According to her experience, the dermatologist also admits that, even though the motivations are mainly aesthetic, these later translate into “a social and psychological benefit”. To better explain it, Júlia Vide presents an example common to our days, with our social contacts being mostly digital: “With the rise of social media and videoconferences, constantly watching our own image brings up details that, until that moment, had not been noticed by the patients, but that are now bothering them and know that can be improved.” Even though the pandemic has negatively impacted the temporary performance of aesthetic surgery cliniques, since many were forced to shut down, the global market of anti-aging products and treatments shows constant growth. In 2020, this industry was worth around 60 billion dollars globally, a number which is expected to surpass 80 billion dollars in the next five years - something that is due not only to the increase of elderly population, but to the growing concerns with our appearance. After all, looking at aging as something negative has a positive side: the monetary side.

Even overlooking the obvious sarcasm in the last sentence, aging will always be a two-sided coin. And a question of heads or tails, where heads represents the physical and visible consequences of this trend, like the loss of skin firmness or the increasing visibility of facial expression lines, and tails refers to the respect and admiration that come with such a vast life experience. For Débora Correia, aging in undeniably “a process characterised by changes at the psychological, biological and social level, impacting the behaviour of the person, as well as their different contexts, but that does not make anyone less relevant or important.” According to the psychologist, “there is a focus on everything that we loose rather than, for example, on the maturity and wisdom that is acquired with experience and age.” And does aging end up affecting the self-esteem of those who experience it? The most natural answer will be positive, even because, as it has already been mentioned, we are live in a society that glamorises youth, autonomy and independence, seeing this last stage in life “as a process which is directly related to the loss of status and recognition.” Nonetheless, it is on our hands to fight that, placing the real war where it is needed the most: on the fight against age discrimination, on the promotion of active aging, and even on the seek for anti-aging treatments able to bring benefits not only visible on the outside but also felt on the inside. Júlia Vide believes that aesthetic surgeries “have to be natural and harmonious, with the aim to rejuvenate and not modify our natural appearance”. Débora Correia, on her side, concludes that “the motivation for surgery or aesthetic procedure should come from a side of self-care and respect for ourselves, for our history, for who we are, and not from a side which does not respect aging, which wants to fit in or which simply rejects that that is the natural course of life.” There is really a war to be fought, but it goes much beyond a mere fight against wrinkles, it is a fight against prejudice. At the end of the day, this is not a question about aging or not to age, but rather about how we open our arms to this new stage of our lives. If such is made resorting to treatments or lotions which stimulate collagen production, that will be up to each one of us, as long as we keep in mind that there are inevitable consequences to the passing of time that we cannot take back. But actually, why would we want to take them back? Time gave us wrinkles, sure, but it also gave us memories and a life filled with histories to tell. On the other side of the mirror lies the other truth, the one that shows how good it is to age. 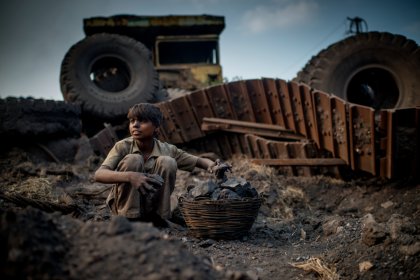 No Comments Issue | Lado B: Quem certifica as certificações? 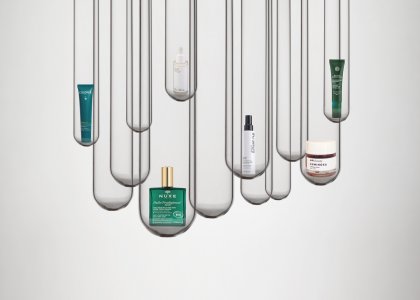 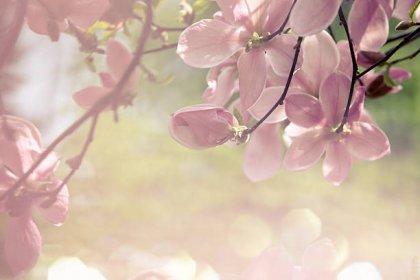