Since taking over as creative director of the historic French maison in 2013, Julien Dossena has managed to transform Paco Rabanne's futuristic legacy into an irresistible proposition for 21st century consumers. Perhaps his secret is precisely this: his creations speak of the present, of the now, and not of a time to come. And, these days, few things are as avant garde as the refusal to make predictions for days that only exist inside a crystal ball. 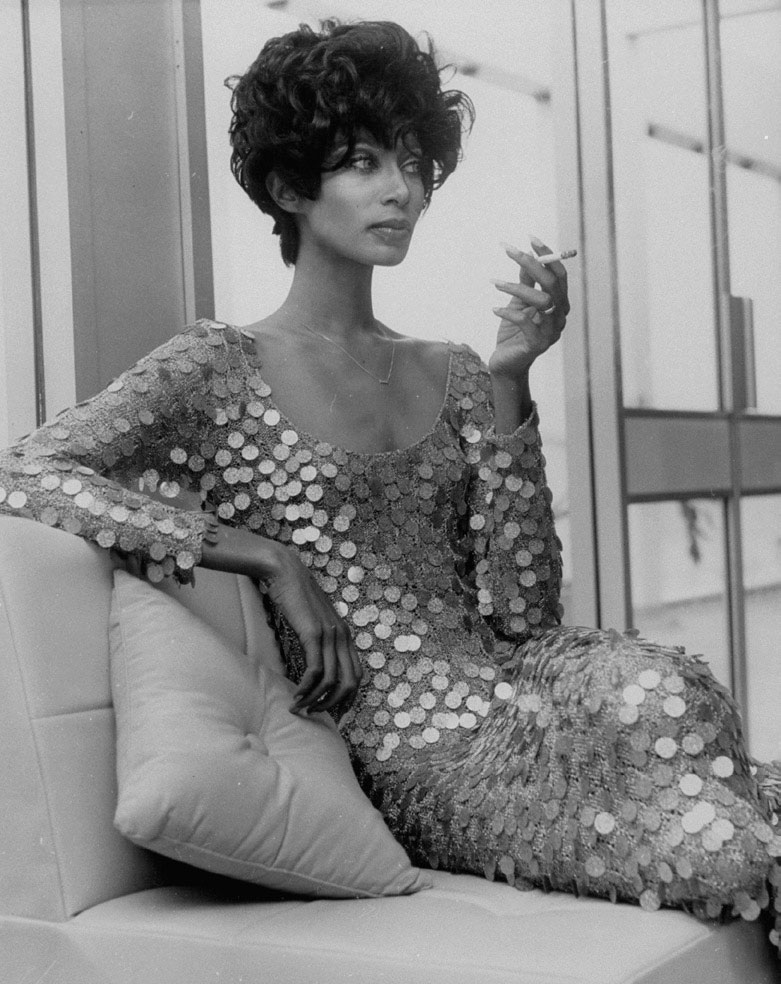 As soon as the look number two of the Paco Rabanne fall/winter 2019 collection appeared on the catwalk, a feeling echoed in the hearts of millions of women all over the planet: “I would wear this every day.” How can I state this? One of these women was me, and dozens of others were friends of mine, with whom I analyzed the coordinate to exhaustion - purple sequined pants, pink knitted vest with embroidered crystals, printed shirt, XXL earrings and stilettos. Now, nobody in their right mind wants to wear purple sequined pants every day, but those they had a je ne sais quoi that transformed them into something absolutely new, desirable, and urgent. As Julien Dossena stated at the time, "it’s about how you uplift yourself through dress." And it is. That look, as well as that entire collection, was the culmination of a brilliant path, started in 2013, that gave new breath to the brand founded by Francisco Rabaneda y Cuerv - that the world would come to know as Paco Rabanne - in the early 60s, in Paris. Two months before this glorious presentation, the Financial Times summarized Dossena's journey at the helm of the house, and compared his modus operandi, somewhere between effortless and undone, as something that represents the spirit of the times. As his predecessor had done: "Few brands have as powerful a place in popular culture as Paco Rabanne. Founded by the Spanish designer in 1965, and acquired by the Spanish luxury group Puig in 1968, the brand embodied the aesthetic of the era: Jane Fonda, silvery and resplendent, in a Barbarella chainmail minidress, or the French singer Françoise Hardy, bare legged and ethereal, in similar attire. With its shiny optimism and techno-tastic party dresses, Paco Rabanne captured the spirit of the age: it was short, it was sexy, it was delightfully spacey." In an edition dedicated to mirrors, it would be unthinkable not to mention the history of Paco Rabanne - the one who stayed behind and the one now being written at the Faubourg Saint-Honoré workshops, and which is guided by three words: revolution, rebellion and rebirth. If, in 1966, for the debut of his homonymous brand, Paco Rabanne launched Manifesto: 12 Unwearable Dresses in Contemporary Materials, a publication that served as the basis for his metal and plastic dresses and his steel and aluminum bags (the first, dubbed 1969, is not just a fashion accessory, is also a design object), now it is time to see how Julien Dossena, licensed by the École d'Arts Appliqués Duperré, in Paris, and a disciple of Nicolas Ghesquière, turns glamour into something that can be either bohemian, feminine, or simply empowering.

Was working as a designer something you always wanted to do? Are you “living the dream”, as they say in the United States? I am amazed by and grateful for being a designer and the opportunities it gives. Searching for beauty with a team alongside supporting me is super rewarding yet super hard work.

You started in Paco Rabanne in 2013. You was only 30 years old at the time. How did the opportunity to work at the maison come about? Marie-Amelie Sauvé introduced me for the Job at Paco Rabanne , I began to free lance for a season and then the Puig family put me on board 2 months later.

Paco Rabanne has a unique aesthetic, which is recognizable even for those who do not follow Fashion on a regular basis. What did you think of the brand before you started as a creative director? I thought it was such a great name because it is so unique in the landscape. Paco Rabanne is a pioneer. He broke the system. It’s a brand that stands for freedom, youth and sexual liberation among other key values that resonates strongly in the present. Intellectual and sensual, radical and pop, those tensions are rarely present and balanced in that particular way. That’s why I still enjoy it a lot, to work there is stimulating and endless discovery.

How did you decide to tackle the brand's huge heritage and transport it to the 21st century buyer? My first, pragmatic observation when I arrived was I did not want to make a brand where women come and buy one party dress. That is what Paco Rabanne was for a long time: you get your chainmail dress and you wear it sometimes, for New year‘s eve. I knew that was not relevant when building a business and a real fashion brand. So I really focused on products, what would be the Paco Rabanne wardrobe, in order to give roots to the customer and bring back the brand on the market.

Your collections always have something inherent that critics call undone. You are clearly distancing yourself from the Barbarella dresses and the metallic pieces that we used to associate with Paco Rabanne - although they still appear here and there, in a mixture that is difficult to express in words. Is that something you consciously look for? Yes, because you have to update, to mix to transform and make it evolve. You have to make it new, a perception nobody had about it before. And in order to mix the chain mail, you can culturally root it somewhere else, that what I want to achieve. And I always love a good effortless grunge feeling to it.

There's a feeling that, under your direction, Paco Rabanne became cool again. How do you respond to that? I don’t know really but I am happy about it, because it means that the community we built around this name understood and reacted to the references and propositions I ve made. And I was always personally convinced of the coolness of that name. But I am French so maybe I saw there things which resonates to me in an already special way.

What is your goal as a creative director? What do you want the brand to become? I want the brand in a place as sharp as we are now. But expanded and built in a special way, adapted to the modern world, made to measure and very specific.My goal as a creative director  is to still express individualities and give people a kind of beauty they can relate to. And values that culturally carry what I believe in.

Do you have a particular person in mind when you design? What inspires you?  It’s always about ideas I find interesting and the people around me, and how to give them more confidence and efficiency in their life. The pragmatic circumstances of their day to day life, and trying to give them products and designs that can make them feel who they want to be.

Who is the Paco Rabanne woman today? A community of strong women, in charge, in control of their bodies and attitudes, at least that’s my hope and the women who inspire me.

Last year you’ve introduced menswear into the collection for the first time. What’s the relationship between the Paco Rabanne man and woman? I think it’s about gender fluidity but more, I don’t want to disguise women in men: they are powerful enough on their own not to borrow guys things, you can even increase a super femininity and making it tough. And on the same way I am really touched by queer aesthetic in general, for men that confidence it exudes when they strong enough to explore different clothes territories. It’s more about androgyny and blurriness, it’s growing out there and I am super happy about it, when you observe the young generations.

It was also the year that marked the 50th anniversary of the iconic metal handbags. Do they resonate with you? Do you think they still have a place in today’s fast-paced world? Yes, of course! First it’s an iconic object in the design history, super radical and beautiful, and at the same time effortless. Beside its really important because it’s a piece of pure handmade craftsmanship which is an aspect of Paco Rabanne that I love to work on and want to maintain specially nowadays at the age of digital.

In an interview you gave in 2017, you said you had never met Paco Rabanne. Is the answer still the same? I never met him, I would love it though.

What can you tell us about Pacollection? This is your first venture into perfume, right? Yes it was, and I loved it. The freedom we all approach that project really astonished me: I thought the processes were really controles and long but it was super smooth. We wanted something super new, total ufo in the perfumes universe. The scents, the bottles, the characters we brought in to express that collection. Culturally it s a bold proposition and I am super proud of it.

It is difficult to forget 2020, it was a very difficult year. Do you have any special plans for the brand in 2021 that you can share with us? Well, to keep going and to adapt to the world changes, to drive the ship firmly and at the same pace. It’s interesting because at this time is giving us opportunities to shift this industry with new propositions that needed to be considered, it kind of accelerated the changes. Which is a good thing.

This issue is dedicated to mirrors. How important are mirrors for someone that works in fashion - and with image? What is your relationship with mirrors? I don’t look that much at myself into mirrors, but I love the fact that with the reflections it’s a material that almost dissappear, being eaten by what surrounds it. Almost like the contrary of an image.