"Perfectionist, adjective: that or one who seeks absolute perfection." in Priberam Dictionary of the Portuguese Language. There is no better way to characterize Dr. Maxim Ivanchuk. 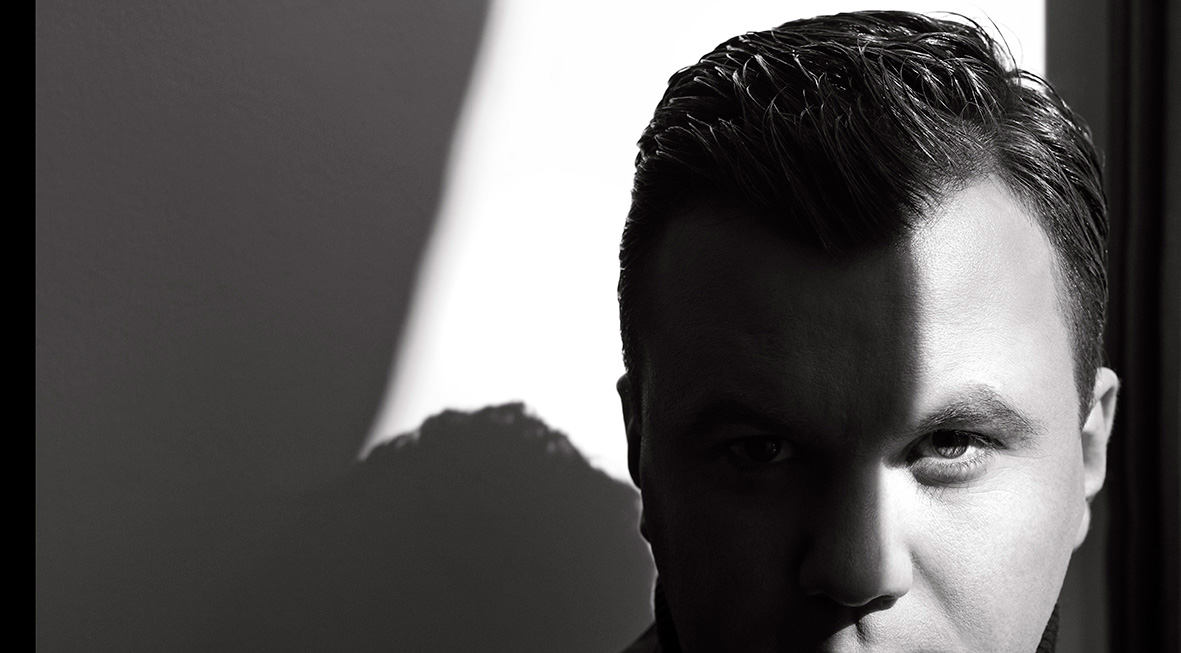 "A surgeon must first be human and understand people and their needs." This is how our conversation with Maxim Ivanchuk begins. He is in Kiev. We are in Lisbon. What separates us is a screen, but the sweet face, the easy smile and the serene voice is enough to take us, even if only mentally, to the couch he is sitting on, at his clinic’s headquarters. Did we say clinic? We’re sorry. We meant castle. And this is not a hyperbole. The building that serves as the home for Ivanchuk’s surgeries rises on the southwest from the capital of Ukraine, in a gated condominium, with security, 24-hour concierge, and catering available - from the simplest to the most elaborate. The décor is superb (Louis XIV would be jealous) as well as the gardens that surround this "fortress." But there is more. For the experience to be complete, waiting for us (or rather, Ivanchuk's clients) at the airport is a Rolls-Royce to take us to this five-star resort. Nothing here is considered an extravagance. “I visited many clinics around the world and felt that none of them were incredible. I wanted my patients to feel at home, or as if they were in a five-star hotel. I didn't want them to feel sick. As soon as a client recovers, they can go for a walk in the gardens or have a coffee,” the surgeon tells us about the concept of his clinic, which is actually an extension of his soul.

Medicine knocked on Maxim's door early, a dream he has had since childhood, but it was during high school that he realized he wanted to be a plastic surgeon. “It was in the 11th grade, when I accompanied a plastic surgeon - something rare at the time. As soon as I saw the operation, I immediately fell in love. It became my passion.” Skeptics might say that love at first sight does not exist, but Ivanchuk's foray into plastic surgery is proof of that existence. Years of dedication to this art have earned him exceptional recognition, which has crossed borders, with clients from all continents turning to his interventions, including some of the most well-known names in the entertainment industry - which for obvious reasons cannot be named. This fame leads us to question: what does Dr. Maxim Ivanchuk have? A huge devotion to his work and a technique that conquers anyone. The procedures leave no scars and the recovery is quick, that is, everything we need to hear when it comes to these types of operations. “The more you work with people, the more it ceases to be your job and becomes your life. After so many surgeries, you end up understanding people and shaping your vision,” he says.

In fact, Ivanchuk's view of symmetry, proportion and beauty is surprisingly accurate. It is a kind of gift. He knows what works for each person. “When patients tell me what they are looking for, they are never satisfied, it is always like that. But when I tell them what I see and 'assemble' the puzzle, they end up agreeing with me. Satisfaction is a process that takes place after the procedures.” Yes, because Maxim is not one of those surgeons who gives in to some patients' crazy ideas. “Firstly, he [Dr. Maxim] does not take orders as if he were at a buffet of surgeries: 'I want my chin like this, my nose just like his, fill up here and taper down there...'”, it is possible to read in a statement that Ivanchuk’s communications department shared with Vogue. With this statement in mind, we ask if he have ever refused to perform an intervention because he considered it to be a risk to the patient's health. To which he replied: “It is not only about health issues, it is also about the emotional side. When I see that a patient is not ready, or that he is not sure what he wants, I don't do it.” It's fair. We have all come across one or another episode of Botched, from the E!, with the results of disastrous operations, which made us wonder whether, in fact, we really want to undergo an aesthetic procedure. The secret lies in who we are going to surrender to. A surgeon “cannot be afraid of anything during the operation. You have to understand what you are doing for that person. You really have to understand what the patient wants.” For Maxim Ivanchuk, this is the definition of a good plastic surgeon.

At the beginning of this article, we mentioned that nothing for Maxim Ivanchuk is an extravagance and that is the reality. When we ask him what was the most extravagant surgery he has done, he replies with a smile: "Extravagant operations are the operations I do, because nobody does them the same way as I do." Just like Chanel has 2.55, Hermès has Birkin, Dior has Lady Dior, Louis Vuitton has Speedy, of course Maxim Ivanchuk has his signature: the jaw line. An elegant and delicate line that runs from the tip of the chin to the earlobe. The results promise to be instantaneous: a younger look and a slimmer face. “This is the epitome of youth,” advances the already mentioned statement. The method is his own and is the result of years of work and research - even being protected by copyright. "This is the procedure most requested by customers around the world," he guarantees. Ivanchuk's mastery is to be commended, in the universe of plastic surgery, since interventions on the nose are the most complicated, but thanks to his sacred hands and, of course, to the internal structure of the clinic, errors are faced head on and reconstruction is not only a reconstruction, there is also an improvement. The focus is not only on aesthetics, it is also on care, being the least invasive possible, using meticulous methods. And to think that this is just personal promotion is wrong, through his Instagram page (@dr.maxim_invanchuk) you can find hundreds of before and after images, in which the obvious reaction is: "How is this possible?” But this Ukrainian is fearless. "All operations are unique and different, but the riskiest are those in which I do the full package. Let's say I do the face. It's not just the face, or the nose, or the jaw. I do ten procedures in one. But of course, everything depends on the person and what I see in he/she. It’s always a big change for that person when he/she wakes up, because he/she is totally different.”

According to Kylie Jenner, 2016 was a good year to understand some things - and yes, this is a reference to the famous quote that the young American starred in a video for her YouTube channel: “I feel like this year is really about, like, the year of just realizing stuff.” In the second half of the past decade, the culture of social media was already very well established and the hundreds of thousands of photographs published on Instagram were already shaping a new standard of beauty. Unrealistic, modified images that have little or nothing to do with reality. Instagram culture remains firm, despite all the pro-normal movements, and there are still those who want to look like any filter they see. It is not strange for a surgeon to receive orders that involve images from Instagram (with a very high percentage of photoshop, by the way) and, for that reason, we wanted to understand how Ivanchuk deals with these requests. “People always look at Instagram or the photos of someone iconic, but I always tell them that it is unrealistic to think that if I do the same procedures they will look the same. It's impossible. Each human being is different. It is never a single intervention,” he says. “I take an individual approach and see the person as they are supposed to look, it's like a puzzle. I ‘build’ the person as a puzzle.”

Plastic surgeries are many, but good ones are rare. But what makes good plastic surgery? “For me, it's the fact that it can change a person's life. When I finish the operation and see the patient’s happiness and emotion,” underlines Ivanchuk. “I do really complicated operations and when I do them and completely change the person's face, because he/she is sad with his/her nose, for example, I am changing the life of someone who is happier and who will have more self-esteem and having the opportunity to start a new life. This is what makes good plastic surgery for me.” Despite the distance, it is possible to reach Maxim Ivanchuk from Portugal. A first approach is made through an online consultation, where you will get to know the doctor and the entire surgery process. Then just get on the first plane and head to Kiev for the magic to happen. We questioned, of course, whether there were plans to establish these procedures in Portugal: "I am working on that." It was an enigmatic answer, but still full of hope - or at least our subconscious wants to believe it. Before we finish our conversation - which could last hours and hours - we ask if plastic surgery is for everyone. “If it is a wish, it is available to anyone. A plastic surgeon is the person who makes dreams come true. But there are people who don't need to change, or who don't have the desire to change.” Medicine is constantly changing and surgery logically follows this evolution. And if anyone is at the forefront of this constant progress, it is Maxim Ivanchuk, the perfectionist. 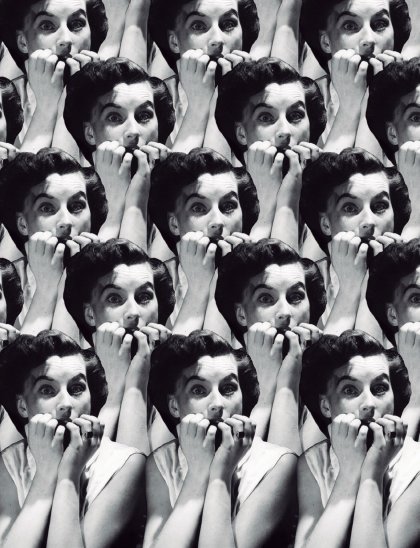 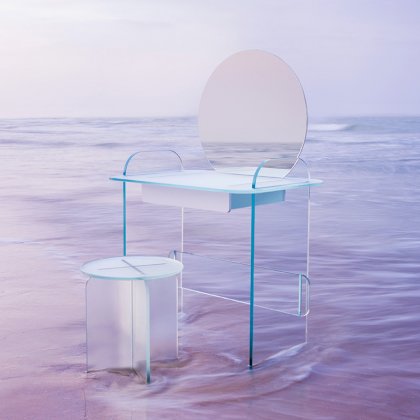 Double cleansing, essences, toners, serums, moisturizers, oils, gua chas and jade rollers. Could our love for beauty get us closer to the edge – and could skin fasting be the answer for all the craziness? 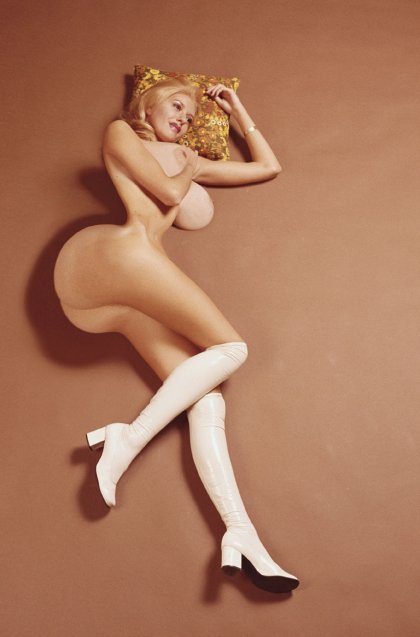 English version | The skin I live in

In the last six months, in Portugal alone, the surgery to increase the buttocks grew by 400%. This means that, despite the pandemic, women - because they are mostly women - remain concerned about their physical appearance. But that is just the tip of the iceberg.