An androgynous actor and model stars in Miss, Ruben Alves' latest film. In the movie, the main character pursues an unusual dream. The artist who gives it life, Alexandre Wetter, is also someone unusual, although everything about him is absolutely natural. Or, as he says, all of this is "a non-issue." 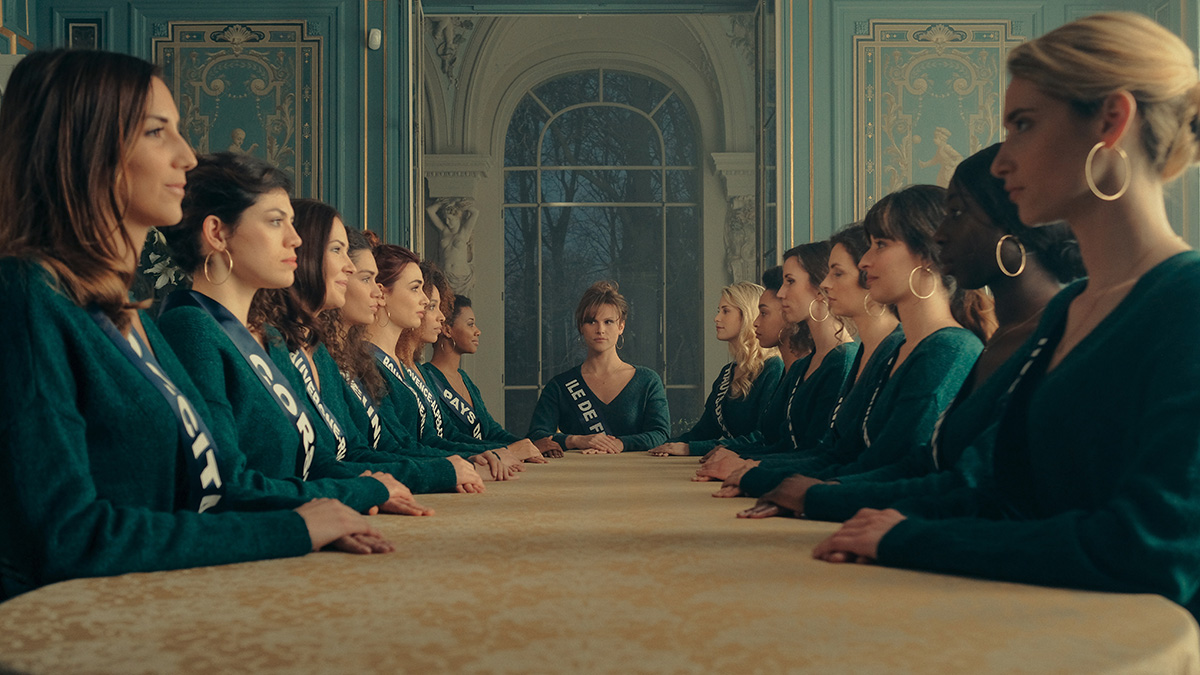 The film will spark a conversation. It is called Miss, it is by the Portuguese-French director Ruben Alves (from the movie ‘A Gaiola Dourada’) and will debut in Portugal on October 29, before opening the French Film Festival on the 8th of October, at São Jorge, in Lisbon.

Miss tells the story of Alex, a boy who, from a very early age, dreams of becoming Miss France - and who will do everything to make it happen. Alex is, therefore, a character that fluctuates between the male and female genders. Naturally, the director had to find someone with a suitable profile to star in the film. The chosen actor was Alexandre Wetter, who stood out in 2016 when he walked for Jean-Paul Gaultier at Paris Fashion Week. With women's clothing, of course. Alexandre is, himself, someone difficult to define and who assumes himself anyway, without concerns about definitions or labels. Born and raised in the South of France, he studied Fine Arts. As a young adult, he moved to Paris pursuing his dream of becoming a model and entering the Parisian world of the arts. His androgyny soon became a brand image, although Alexandre refuses to see it as utilitarian - it is only his essence. He did several jobs in fashion, made commercials and ended up having a chance on television series like Versailles, a success for Canal +. Ruben Alves met Alexandre Wetter when he had the story of Miss in mind. It was the perfect date. We met the actor.

How do you identify yourself in terms of sex and gender? Would you say you're a cisgender man?

This is an excellent question. I don't see myself as a cisgender person. I am not sure what I could possibly be, but what is most important to me is precisely not identifying myself, not locking myself in a specific box in which I am condemned to remain. I love being free, free to live, free to have different experiences. I must say that I am a person who has been able to change gender and identity throughout his life, so I prefer not to have to assert myself [in one way or another]. With regard to the definition of a person as a cisgender, I will certainly not be someone who matches that definition, but above all I do not want to be imposed on an identity that is not mine. I am someone who lives in a society that has so many people and is so rich that I prefer not to get ahead of myself in this kind of issues because it is something that concerns me and my intimacy. My identity, in any case, will not change what I think, my work and my personal search. The most important thing for me is that this is not a matter, a cause. I believe that we can live without making this issue political. It is a non-issue for me.

What about your sexual orientation?

Again, it's a non-issue, I'm really sorry. I am a member of the LGBT community. I prefer to say, eventually, that I am a queer person, since the term encompasses many things. I assume 100% who I am, but it is never something that is useful to me, it is rather part of who I am and my intimacy. However, if it is necessary to go through the claim, I do not need to assert myself in one of the genders or even suggest whether or not I am gay. I am so comfortable with who I am that it is no longer an issue for me. What I don't want is to get stuck in the subject. I'm gay, but it's not an issue.

How did you see yourself as a teenager, for example?

When I was a teenager, I was a boy ... I will start with the time before adolescence. When I was a child, I was a happy child when I played with my sister, dressing as a girl and playing with girl toys. As soon as I reached adolescence, when all this is prohibited in society, young people like me and even adults did not allow me to do certain things or behave in certain ways. For all these reasons, when I went from a child to a teenager, I became a very introverted kid. I lived in frustration because I didn't feel like a boy like the others, I was a female boy. I knew from the beginning that it was different for me. But everything changed a lot from then on.

And today, how do you dress, for example? How is it in your daily life?

It has always changed a lot over time. There were times when I dressed in a very masculine way and other times when I dressed in a very feminine way, because I needed to fill the feminine that was frustrated during all those teenage years when I was forbidden to live it. That is why there was a huge period when I dressed in a feminine way, had long hair, put on makeup, walked on high heels. Not long ago, I returned to the boy I always was. In certain places and occasions, I knew that I needed to be careful with the way I dressed. However, as a general rule, I played with the image that I portrayed to other people and that I let people stick to me. I could actually be seduced by guys who thought I was a girl and had different and interesting experiences. I was comfortable with this, it was a non-issue. I never had any problems, at least when I was older. When I could move to Paris, still young, [and I started] my life as a model, it was where everything was allowed and where I could do whatever I wanted. Because the world of fashion and the world of art are sanctuaries where experiences of this kind are tolerated - and sometimes even encouraged.

You say that gender and sexuality are “non-issues” for you, since you live and expresses yourself naturally, without worrying too much about the definition of things. However, we live in a world and an era in which every gesture and every word is political. You can disagree, of course.

I make the subject a "non-subject" in the same way that a heterosexual does not have to show his sexuality as a political statement. Being in tune with ourselves is, even in a highly standardized world, a powerful political act. I am for a policy of fruition. Being different and living well is the best statement. And when we are happy and our difference is not a weakness, then it becomes a "non-issue".

How did it feel to model as a female model for Jean-Paul Gaultier?

It was my dream to walk for Jean-Paul Gaultier. When I arrived in Paris to work as a model, I always wanted to model for him. Especially walking for him as a woman in corsets and high heels. It was important to me because he was the creator who allowed this kind of originality and, at the same time, because he had a sweet and human approach to identity... Above all, the images of man and woman are, for him, so broad that I was living my dream. I had the feeling of living a moment of grace during this show. It was wonderful. When it was over, I thought “what can I do next”, because that was my dream, which I thought was inaccessible. And, in the end, I ended up meeting Ruben [Alves] who allowed me to fulfill another dream, which was to have the main role in a movie.

In this film, Miss, did you have to adapt to the character or, on the contrary, it was the character who was designed to your needs?

I had to adapt to the character. Although we have a lot in common, I had to learn a lot from the character. Ruben [Alves] gave me a golden opportunity to play a very subtle character, for which precision was a priority.

How did you meet Ruben and ended up working together?

I met Ruben on social media, he saw my photos and wanted to meet me to propose a role on a telefilm. It turns out that I didn't really know Ruben's work. So, I went to see the movie The Golden Cage. After I saw it, I called him to say that I definitely wanted to work with him - but to make a movie for the cinema, not a telefilm. And that's how our adventure started ... He said yes!

After many editorials and fashion shows for top creators, what do you intend to do in the future? Do you want to be a model? Pursue an acting career? Follow both careers?

To be honest, I would like to continue with both. These are two completely different worlds that I really like. Cinema and fashion are two areas that I will never want to stop being a part of.

In this film you play a character determined to pursue a dream that is seen by many as ridiculous or illegitimate. Don't you think you are giving voice and visibility to people who do not fit into the social models of gender and sexuality? Don't you see yourself as a spokesperson for the freedom to simply be as we want to be?

I incorporate a universal character, which goes beyond sex and gender. It is a character determined to live his dreams and listen to his desires - and then he decides to accept them and challenge the established order. This character speaks to everyone, even those who live well in this standardized world and who can help people who do not meet the standard to make their uniqueness a "non-subject." We all live together, on the same planet, where even someone special will probably have a lot in common with a so-called “normal” person. Let us look at the traits we have in common to better appreciate our differences.