English version | Ajak Deng: "I’ve always been very vocal about my frustrations around race in this industry"

Ajak Deng, one of the cover stars of Vogue Portugal's April issue, talks about her journey as a supermodel, with all its highs and lows. 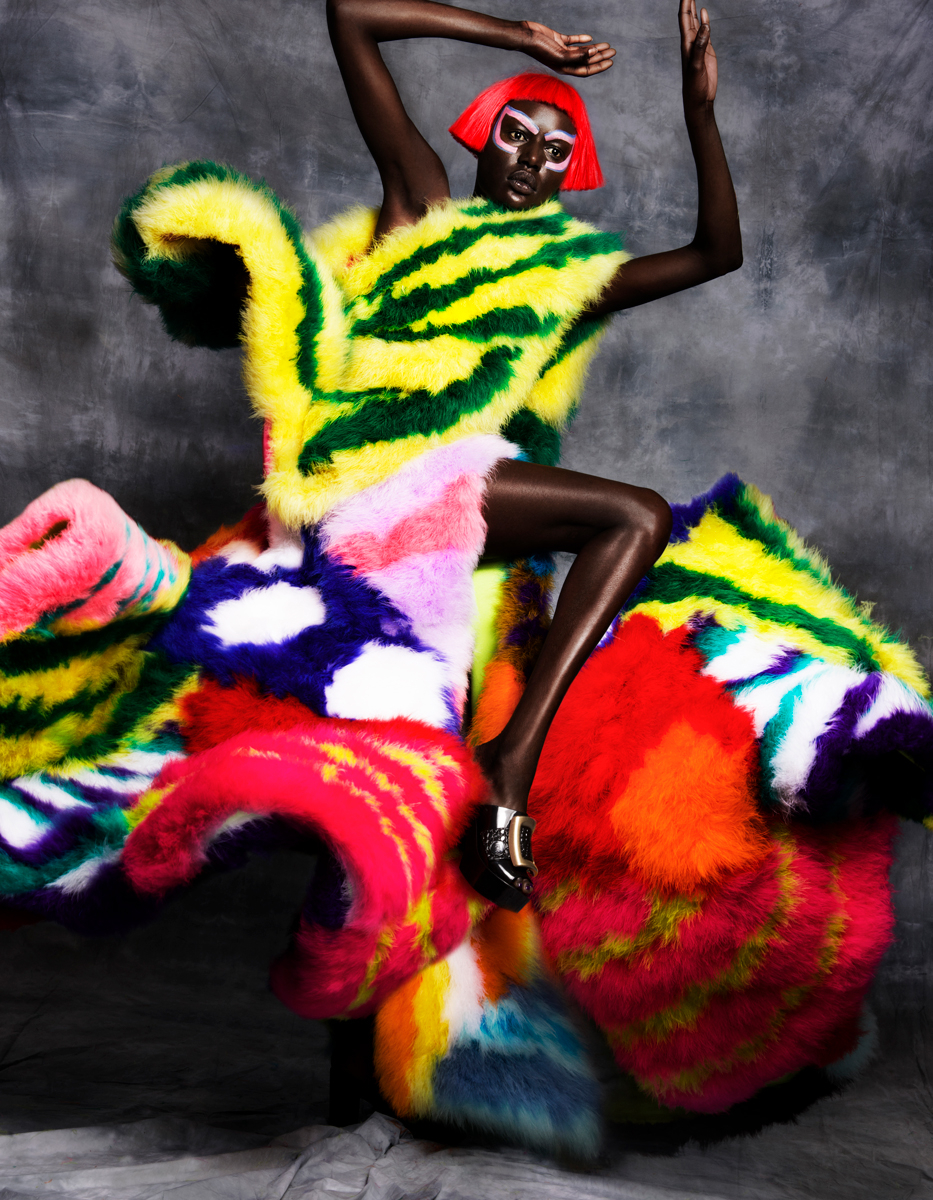 It's not the first time Ajak Deng appears in the pages of Vogue Portugal. In April of 2019, the South-Sudanese-Australian model was the protagonist of the fashion story Estrela Cadente, photographed by Jamie Nelson. Now, Deng returns for a new premiere: to be one of the cover stars of The Quote Issue. And, this time, we had to speak with the model and activist, whose story surpasses the power of any image.

Let’s start by talking about your future. You’ve done pretty much everything that one wishes to do in the fashion industry. You’ve been on the cover of pretty well-known magazines, you’ve walked the runway of several renowned designers, you’ve worked with Vogue Portugal (twice)… What would you like for your next steps to be?

I think ultimately the next steps are about giving back. To my community, to the people that have helped me with my career and to the young girls that follow me. I am currently working on some beauty products made for very dark skin tones that are ethically produced and give back to the local suppliers that help create them.

The last time you worked with Vogue Portugal was for our April 2019 issue, and the world has changed a lot ever since. How do you feel you’ve evolved both as a fashion professional but also as a person?

I feel like covid has been a catalyst for change for everyone involved. Whether it be facing yourself on an inner level or addressing issues that have been brought to attention by the situation globally. I don’t think anyone has come out of the last 2 years without changing inside, whether that be in a good way or bad way. Personally, I’m more focused on my goals than ever. The world is transient and our time is short. 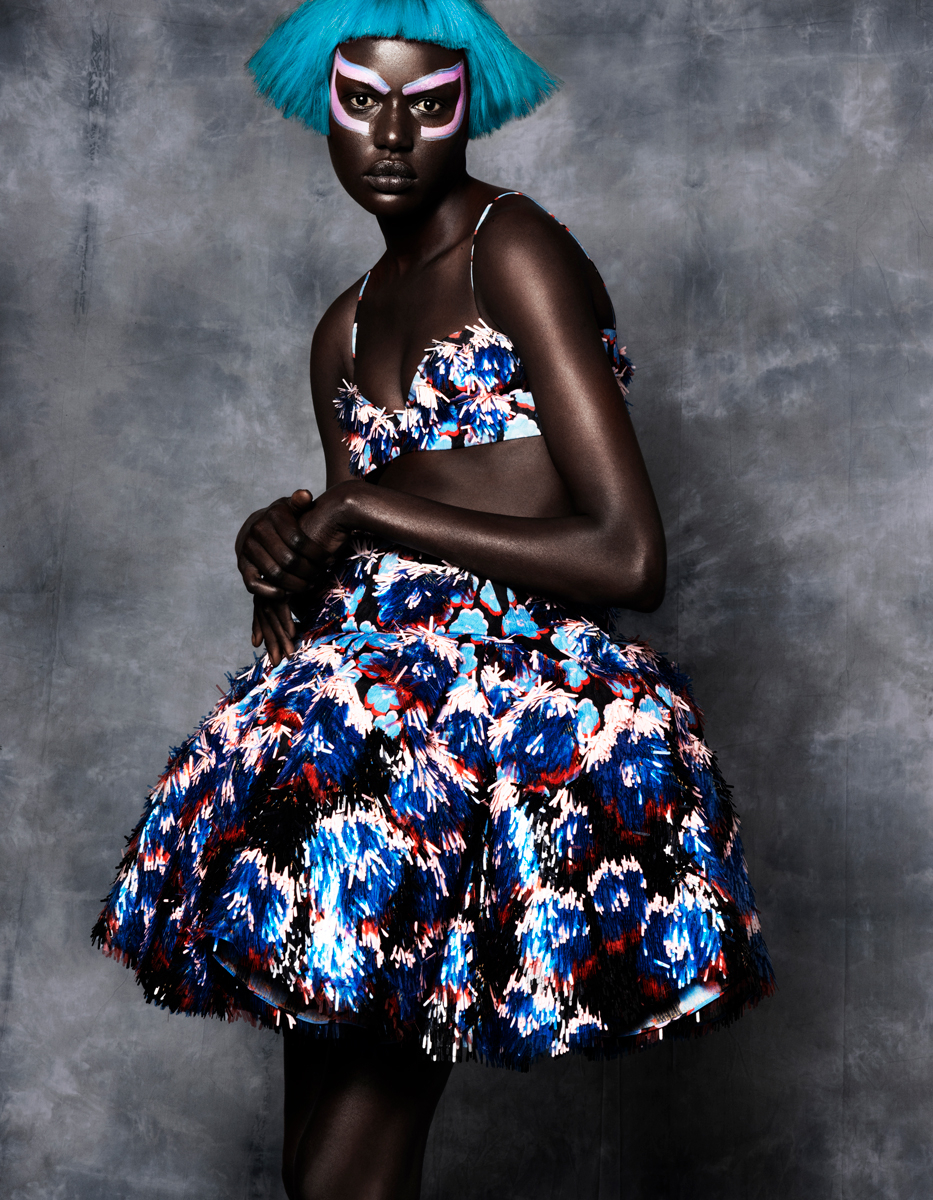 In current times, your story is a source of inspiration for a lot of people. For those who don’t know, you were born in South Sudan and later settled in Australia after living in a refugee camp. Could you tell us briefly about those days?

I don’t think any of that period can be spoken about briefly. Everything you know is wrenched away from you in such a short period of time. I went from a happy childhood in South Sudan to living in a refugee camp. We were in that camp for three years, in a tent in the middle of the desert. My mother passed away while we were there and it was up to me to help take care of my 7 brothers and sisters. My mother’s passing forced the authorities to take note of our situation and because we were deemed at risk, the immigration process was speeded up to allow us to enter Australia.

Australia was a culture shock. I got bullied a lot and it was difficult to integrate because our English wasn’t as strong as everyone else’s. I was turning 11 the year that we arrived and entering high school. I was the only black kid in the school and was very shy. It took me about 3 years to get used to things – just eating alone in the canteen or studying. It was pretty brutal.

And now you’re one of the biggest personalities in the modeling world. Have you always wanted to work in fashion?

No, the thought never even crossed my mind. Also, in Australia there was really no one else who looked like me in any of the adverts so I didn’t think even think it was a possibility. It really goes to show you how important representation is, in all industries, for younger people to feel inspired.

You’re also the face of brands, like Fenty Beauty, that really put diversity at the forefront of their work. Do you feel like the fashion industry is inclusive?

Listen, I’ve always been very vocal about my frustrations around race in this industry. Having said that, I do feel that in front of and behind the lens inclusivity is becoming more and more common which can only be a good thing. Recently I have been working with some amazing black teams and photographers and it’s great to be seen through their eyes. Danny Kasirye and I have shot a few times now and he’s brilliant, also I worked with Rafael Pavarotti and Ib Kamara for System magazine and we meditated on set before we shot – it was amazing. I would love to work with Rasharn Agyemang as well – some of his work is truly gorgeous.

If not, what there’s left to do and how do you try to use your influence in this sector to speak up for those who can’t?

I think everyone needs to call out incidents of inequality. Recently, at the Grammy’s, Virgil Abloh was honoured as a “hip hop fashion designer”. Why the hell was hip hop necessary in that situation?  Virgil Abloh was a designer full stop. Words like hip hop or urban are attempts to belittle and separate. It’s not just situations like this that need to be mentioned though. We need to discuss things like sustainability in the production lines, ethical sourcing, equal pay, the gender gap – the list goes on and on.

Is there a milestone in your career that may not seem important to those who are on the outside, but that was really big for you?

Honestly, I was so lucky to hit so many of my milestones early on in my career. Some of the covers I did were really amazing that I couldn’t believe it was happening at the time. Really now it’s about trying to take things to the next level and use the platform that I’ve been given for positive change. 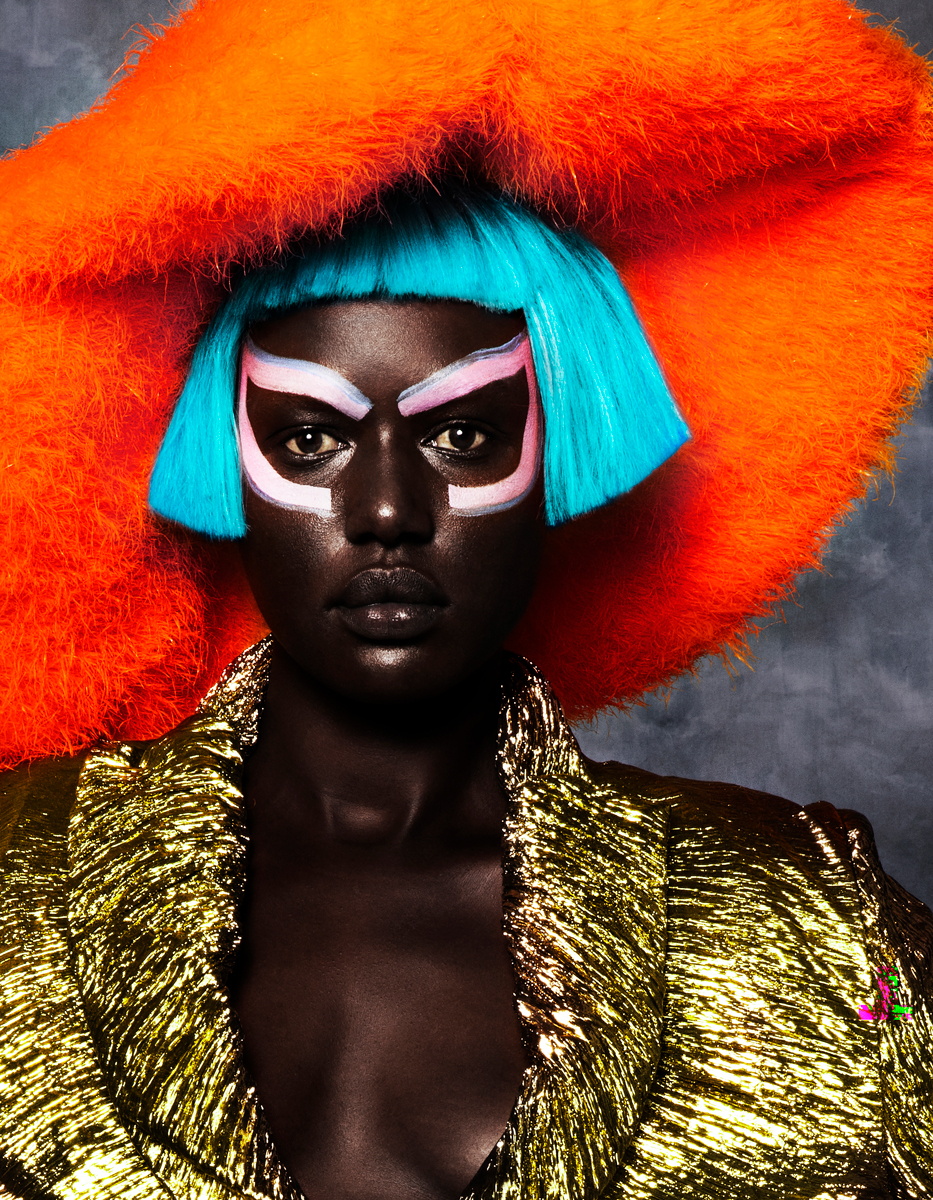 But we know that there are also downsides to the industry. In 2016, you decided to quit your modeling career. Would you like to tell us why?

Honestly there were so many contributing factors. I was unhappy with my management, I was unhappy with the industry and was constantly being told to be quiet and not rock the boat. Well, guess what? That’s not me – so I quit. Now I have an amazing team that understands me and am working with people that I want to work with. It feels more fulfilling.

And what made you want to come back?

I received so much support from young fans on my social media telling me that they were inspired by me and missed seeing my face - it was so lovely to read. It also felt like it was time. The industry had begun to change and my situation had changed as well. I felt ready.

This month’s issue is all about quotes. Do you have a favorite quote? If so, could you tell us what is it?

I love this quote from Marilyn Monroe: "I refuse to compare myself with others and compete to be better than them. My only interest is to be the best I can with the gifts and talent that has been given to me." 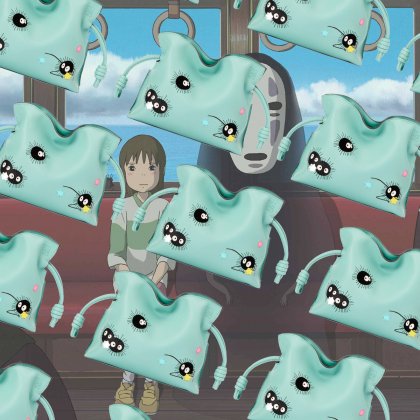 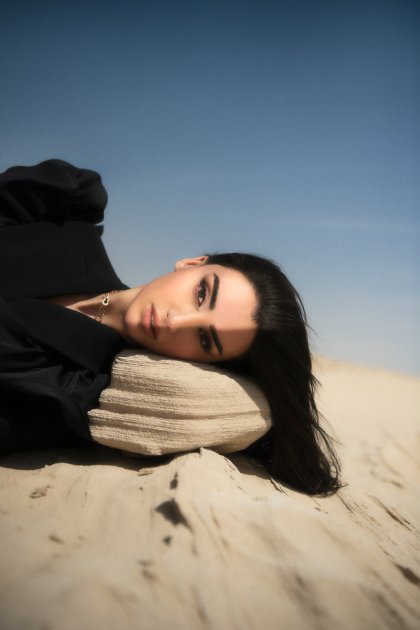 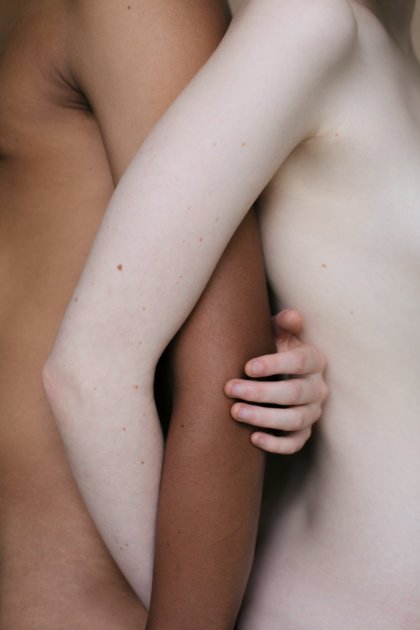 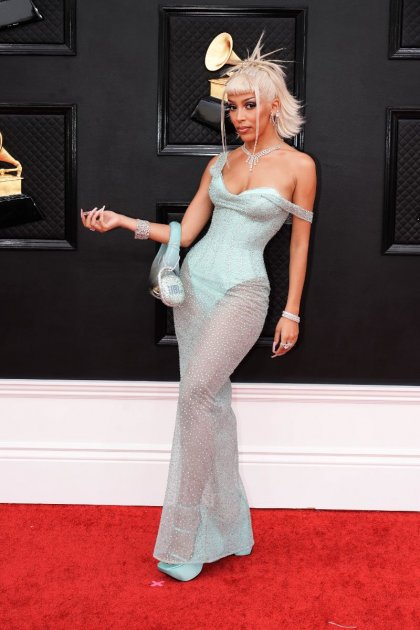 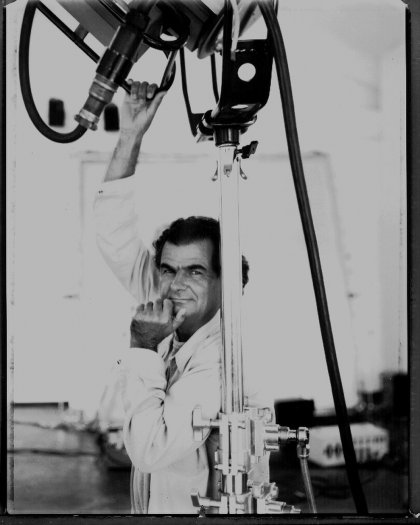