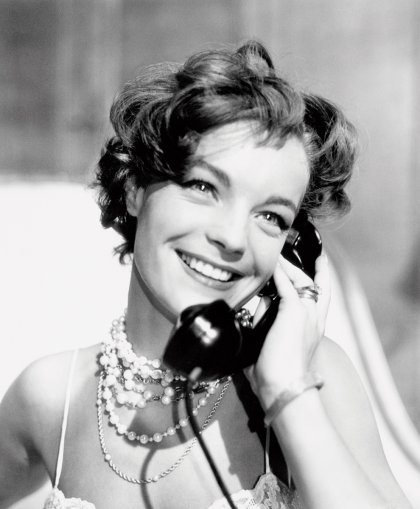 An actress cherished by the public. A brand that celebrates all women. A bond between Julia Roberts and Chopard has the right ingredients for a pink future - that is, happy and prosperous, of course. 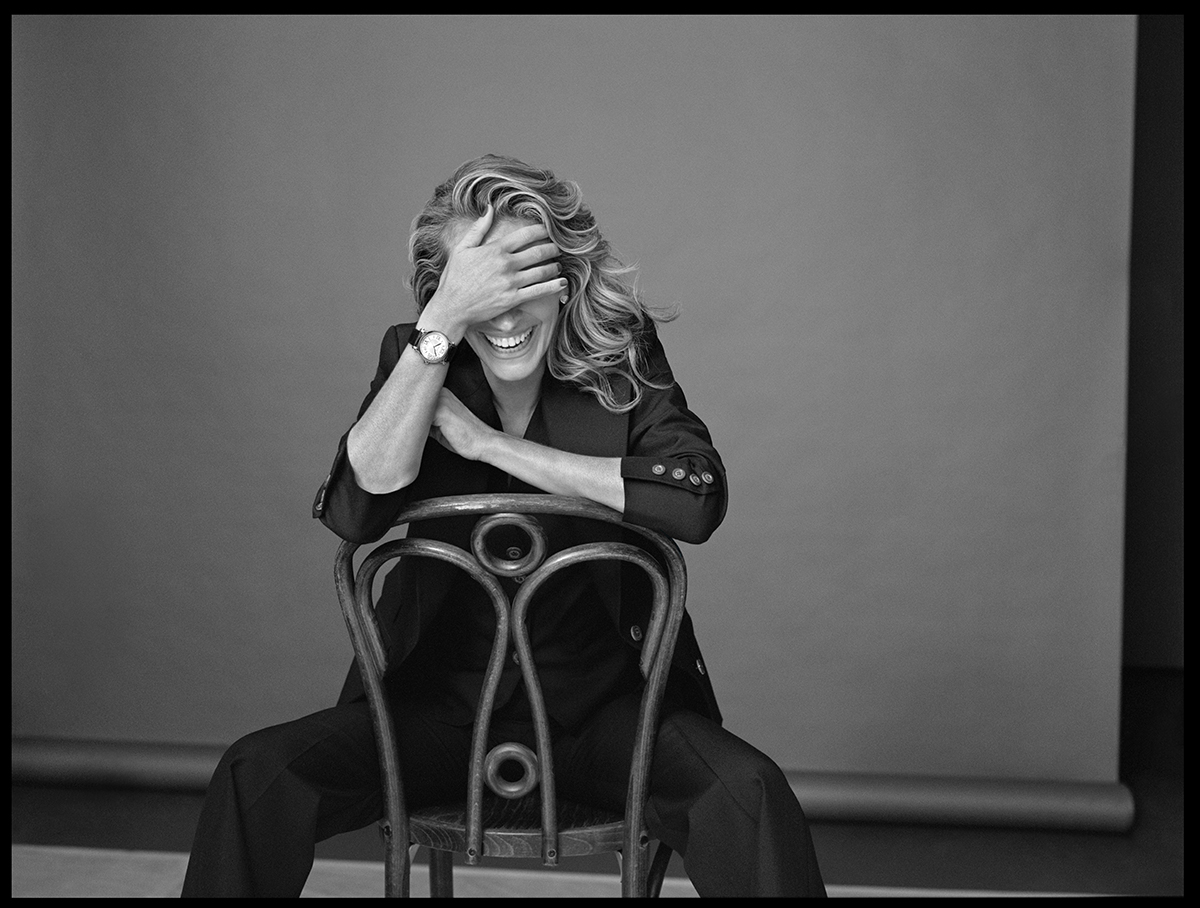 It is impossible to dissociate Julia Roberts from the absolutely iconic Pretty Woman, a 1990 comedy that portrays the romance between a prostitute and a tycoon - played by Richard Gere. A smashing success, it made Roberts a household name in pop culture imagery and earned her a second Oscar nomination, after the one she received for her performance in the movie Steel Magnolias, in 1989. Although her parents briefly ran an acting school when she was just a child, Julia Roberts had no acting experience or any formal background when she moved to New York, in the 1980s, after high school, to pursue a career in show business. In fact, her first experience in the field was after being recommended by her older brother, actor Eric Roberts, for a small role as his fictional sister in Blood Red (1989), a drama set in the late 1800s. After two more box office hits, Flatliners (1990) and Sleeping With the Enemy (1991), Julia Roberts quickly became America's most popular actress. But it was in 2000 that she won her first Oscar for Best Actress (in addition to other important awards), for her fabulous performance in the film Erin Brockovich.

It is a given that Julia Roberts captivates the public with her talent, her warm smile, and her natural beauty. Incidentally, the actress is the new ambassador for Chopard, assuming herself as the face of the brand's latest campaign, entitled Happy Diamonds, which marks the launch of a limited edition of the Happy Sport watch - a tribute to the 1993 original. But this was not the first time that Roberts was photographed with a Chopard. In 2016, at the Cannes Film Festival, she drew everyone's attention when she wore an off the shoulder black dress and a diamond necklace from the maison's Red Carpet collection. In the center of the necklace shone an impressive emerald of 52.76 carats that stopped traffic (figuratively speaking). Caroline Scheufele, artistic director and co-president of Chopard, is known for her passion for cinema and the connection between the brand and the seventh art is old. Chopard redesigned and reproduced the trophy for the Palm D’Or, the biggest prize given at the Festival de Cannes in 1998. The brand has also organized the most exclusive parties of the event since then. So it makes perfect sense that Roberts was chosen to lead this campaign, and that it was directed by Xavier Dolan, who won that festival's Jury Grand Prix for his success Mommy (2014).

A little more than half a century of life seems to us an excellent time to reflect on a surprising path, with its ups and downs, which shaped her to become the person she is today - without great future plans or too many reflections on the past; someone who believes in fate and her own intuition. Someone who feels at the height of happiness at home, with her people, cooking. Sometimes there is a script on the table, sometimes there’s not. Yes, we can assume that she lives in a pink bubble, if that translates into a life full of emotions, companionship, affection and romance. A romance that she shares with her family - husband and three children - in full-time mode. And for a brief moment, we almost believe that “America’s sweatheart” is one of us.

“I am basically the same relatively simple person that I have always been. But I have this flashy and crazy job that confuses people, making them think that I am somehow ultra-fascinating,” she said in an interview with Oprah in 2003. But it is not hyperbole, it is a reality. The fascination with Julia Roberts is not unfounded. With each story she stars in, each character she gives a life to, she helps us discover something new. You may think that you are immune to her charm, because many years and many films have passed, but as soon as Julia Roberts gives away her famous smile full of charisma, anyone disarms. The smile is famous for a reason, and the truth is that it is impossible not to smile too. We are all her fans, right?

The sunrise. Instantly is very specific…

The Philadelphia Story is a movie that makes me happy, to think about or to watch.

-3 kissing, followed by dancing as a close second.

Perhaps the idea that something is going to happen!

There is something about having a watch and every time you look at it seeing all these sparkling diamonds whirling around; it’s pretty awesome and truly good stuff.

I would say that the idea of responsible luxury is something that not enough brands pay attention to. The thing with a Maison like Chopard is that it has really pioneered the idea of having a conscience, leading the charge and setting an example for other brands to follow.

Chopard just represents this timeless idea of elegance and sparkle and being ladylike. You kind of think: “When I grow up I want to be having a great time and wearing watches and earrings by Chopard”… and now look at me, I’m all grown up!

The motto that I repeat the most is “no way out but through”.

I am really happy right now; it’s been such a beautiful day and I have felt such a really great sense of kinship that I had not expected today, so I’m superhappy.

Dance light like a diamond is the new Shine bright like a diamond. Because Chopard's "dancing diamonds" show that the lightness of a time without constraints is a pink dream - even if it appears in any other color. 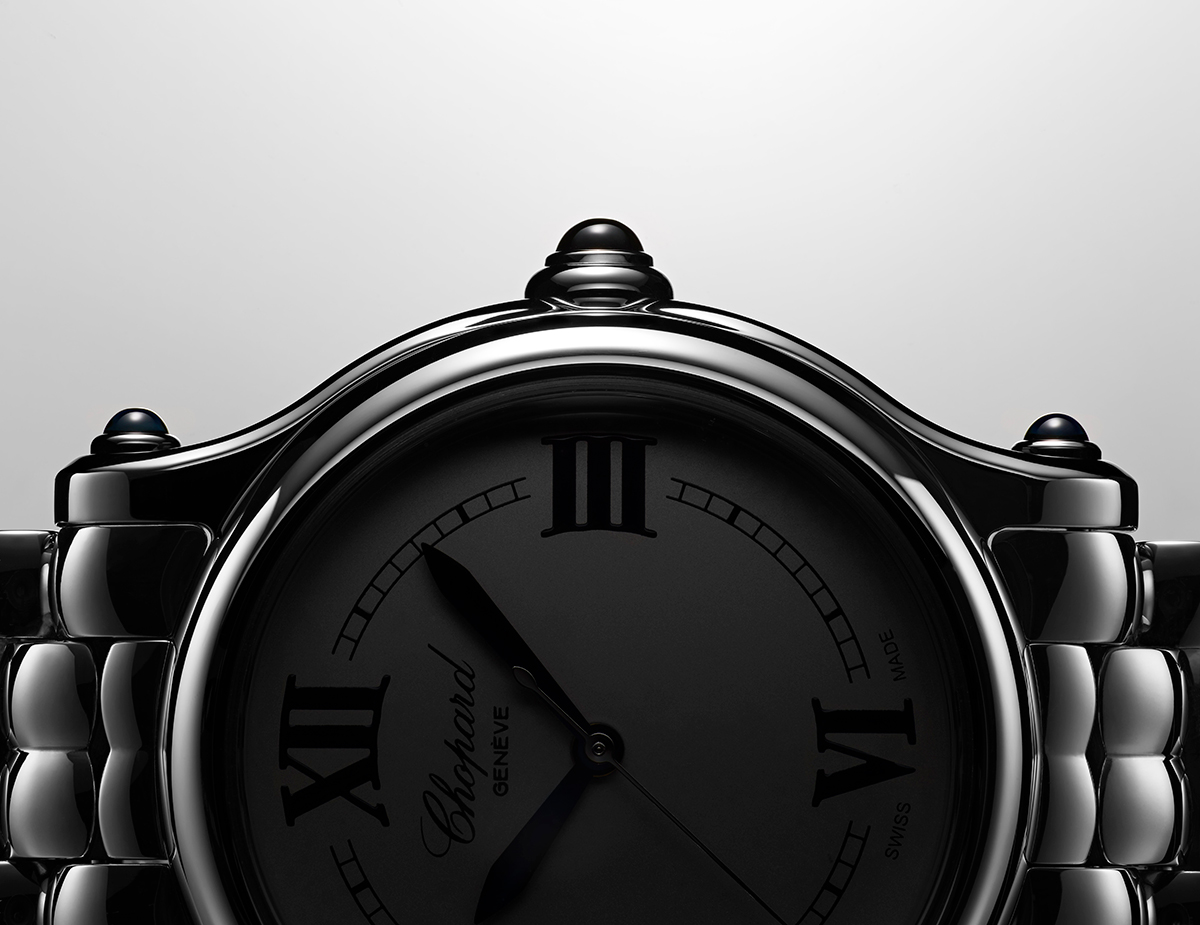 Flashback to 1993, when Caroline Scheufele captured the spirit of the time by inventing a sports watch based on the unprecedented mix of steel and diamonds. Happy Sport was born from this bold vision. Since then, it has celebrated the joy of life and a free spirit approach daily reinvented by women who conquer the world in which they wish to live and become the women they aspire to be. Thanks to the dancing diamonds that are "happiest when they are free" - as Caroline Scheufele's mother exclaimed when she discovered the first prototype of this new concept, in 1976 - the Happy Sport watch presents a fascinating and creative spectacle in which women are protagonists, because it is their own movements that give life to the diamonds housed inside the watch. A powerful metaphor for the emancipatory drive that women experienced in the 20th century, the collection vividly reflects this vibrant force. Chopard thus launches two watch models entitled Happy Sport the First and Happy Sport 33 mm. Feminine and fun, technical and precious, timeless and modern: through the diversity of its qualities, the maison icon is a success story within watchmaking. The ratio of the watch to the woman's wrist is of utmost importance to Chopard. Designed to accompany women in all day-to-day activities, Happy Sport is like a second skin. This search for the ideal size has now been achieved using the golden ratio. Since antiquity, this mathematical balance has been found in science, as well as in art and architecture, reproducing the harmony that prevails in nature.

With their five diamonds that “dance” freely between the two sapphire crystals at the top of the dial, the new Happy Sport models summarize the brand's noble legacy and revolutionize, once again, the relationship of women with time: they are not only limited to seeing the time, but also contemplate the choreography of the diamonds in incessant movement within the dial.