English Version | Believing in what?

In a higher power, in a higher entity. In astrology, crystals, energy. In “something” that we don’t really know what it is, but that we know it’s there. This is how you talk about faith, spirituality and hope outside religion. 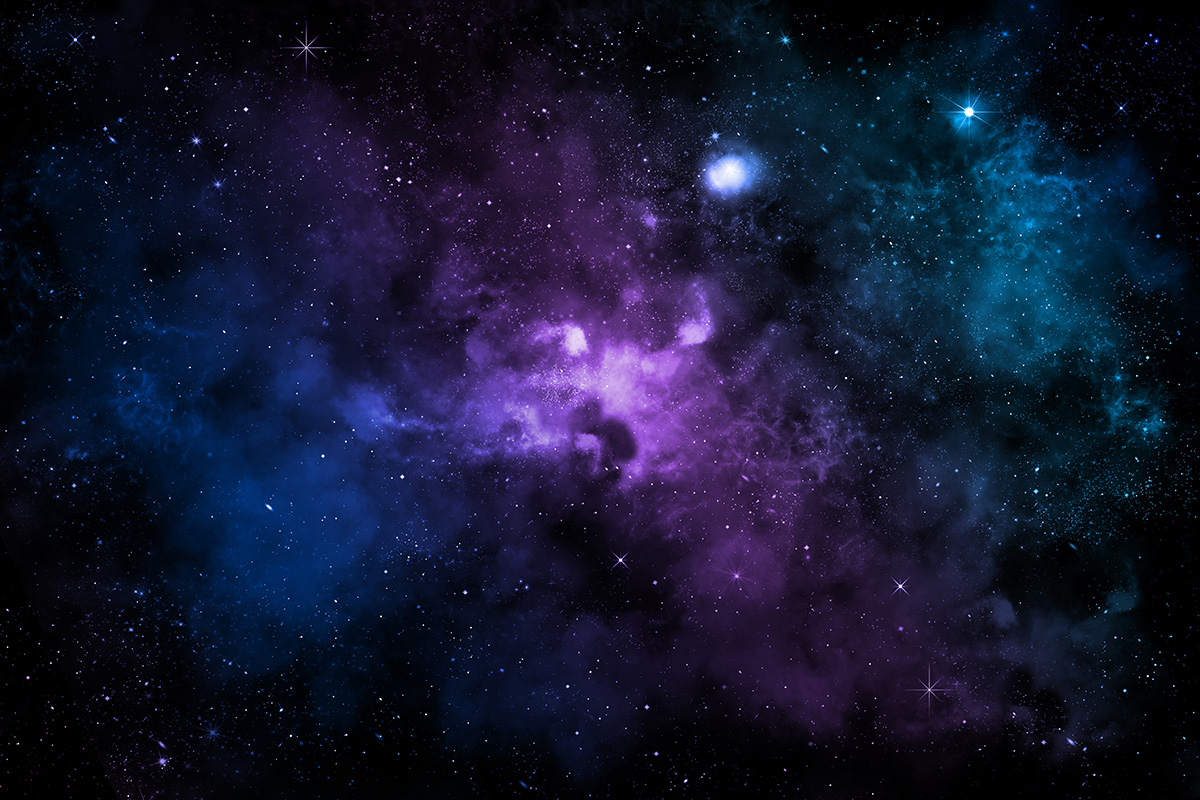 I was always afraid of crossing the line that one day would separate me from the affirmation “I believe in God”. After years of religious education and Sundays spent in church with my grandparents, how was I going to justify that I stopped believing? “But you were baptized, you did everything, what sense does that even make?” After telling my family that I didn’t want to go to church anymore, how would I explain that I took that final last step? “But if you don’t believe in God, what do you believe in? If you don’t have faith in God, what do you have faith in, who do you have faith in?” For a long time, the simple thought of this question popping up in a conversation about religion made me anxious. As much as I understood it, as much as I respected it and as much as I didn’t call it into question (nothing gave me the right to question someone else’s belief, faith or spirituality), I knew why I didn’t believe. I knew why I didn’t identify with the religion I was raised in. I knew why I felt strange in the stomach every time I had to confess my sins. “But I didn’t do anything wrong. I behave, I do my homework and I keep my room clean.” For a 10-year-old, having sins was being a bad person. And this 10-year-old was not a bad person. “We are all sinners. You just have to think. Maybe you didn’t do what your mother asked when she asked. Maybe you didn’t share your toy with one of your school friends.” “Maybe…” I knew why my blood boiled every time someone tried to explain celibacy, to explain why homosexuality is immoral to the eyes of God or why having sex before marriage is wrong, condemnable, impure. “But where is that written in the Bible?”, “Just think of what would be like if a priest had to leave the house in the middle of the night for a service. What that could do to his marriage”, “But what about the doctors?”, “That’s different”, “How is it different?”, “It’s different”. I knew why I couldn’t begin to accept that the only way to show a kindness that’s bigger than ourselves, a selflessness that’s bigger than ourselves, a dedication that’s bigger than ourselves, was to be a good Christian. “That can’t be right. Some of the best people that I know are not Christians.” I knew why. But without a firm belief in God, I didn’t know how to respond to the question of what I believed in, what I had faith in. In my head, the head that was brought up in a Christian environment, believing was code for believing in God, having faith was code for having faith in God. But if I didn’t believe in God, if I didn’t have faith in God, then that could only mean that I didn’t believe in anything, that I didn’t have faith in anything. “Well, that’s the logic, isn’t it?”

The idea left me feeling more anxious than the question. Not believing in anything, not having faith in anything, sounded like a lonely and bitter destiny. More than that, it left a sort of emptiness – an emptiness that didn’t disappear until I understood that there was a grey area to my own spirituality. I believed in something. I had faith in something. Even if I didn’t know how to explain exactly what that “thing” was, I could feel that reaching it was a question of changing my perception about what faith meant, about what having faith meant. “Faith is not the naive belief that everything will turn out okay, and it is not a substitute for facts. It is an unwavering sense of our eternal nature and our interconnectedness amid chaos and uncertainty,” explained psychological astrologer Jennifer Freed in a Goop article. In her words, faith helps calm and nurture the mind, in order for it to be more pondered, deliberate and moderate, creating a positive balance in the body. Having faith, she explained, can also activate positive thoughts and alleviate stress. “When we turn our attention to a belief in something greater than ourselves—whether it be the cosmos, nature, others, God, or Spirit—we inherently drop self-concern and move into a broader affirmative mindset. When we practice our faith through conversation, reading, prayer, meditation, Qigong, yoga, or other practices, we strengthen and build more-constructive attitudes. When we have faith in others, we build their self-confidence and scan for their positive attributes instead of their flaws. (…) When we are immersed in faith, we are tethered to a comforting and reassuring source. We recognize that we do not control life, but that we are passengers on a wild and unpredictable ride, and we can decide how we are going to participate on the ride and how we will narrate our experience.” Reading Freed’s explanation was a sort of validation of my own faith and spirituality, a faith and spirituality that might not be in God or in a religion, but that certainly is in something bigger than me, something transcendent, be it the feeling of a familiar presence that is “here” or the comforting effect of cold ocean water touching my fingertips. And that validation gets even bigger when my eyes cross paths with Casper ter Kuile’s vision of this. “For me, what that spirituality word really means is about a depth of presence and a depth of experience. And you know, in my experience and in my research, we find those moments of depth and of deep connection in all sorts of places, not just in religious places. So it can happen in the supermarket checkout. It can happen in - you know, while taking a dog for a walk or reading a book or snuggling with your kids,” the author of “The Power Of Ritual: Turning Everyday Activities Into Soulful Practices” explained in an NPR interview back in June. “And what I'm really interested in is, how can we take those moments and add a little bit of ritual to them so that they become the kind of foundations of our spiritual lives? - because what we're seeing at the moment is a drastic realignment in religious identity or spiritual identity in the U.S. You know, 40% of millennials now describe themselves as nonreligious. But even within that group, people still pray. One in five still pray every day. Two out of three still believe in God or a higher power. So a lot of us are very spiritual, even though we're outside of traditional religious institutions.”

As journalist Caroline Kitchener wrote in “What It Means to Be Spiritual but Not Religious”, a piece published in The Atlantic in 2018, “Americans are leaving organized religion in droves: they disagree with their churches on political issues; they feel restricted by dogma; they’re deserting formal organizations of all kinds.” But instead of following the path of atheism, she said, “they’re moving toward an identity captured by the term ‘spirituality’. Approximately sixty-four million Americans – one in five – identify as ‘spiritual but not religious,’ or SBNR. They (…) reject organized religion but maintain a belief in something larger than themselves. That “something” can range from Jesus to art, music, and poetry. There is often yoga involved.” And as Kenneth Pargament, a a professor who studies the psychology of religion at Bowling Green State University, referred in the same article, “spiritual is also a term that people like to use. It has all of these positive connotations of having a life with meaning, a life with some sacredness to it – you have some depth to who you are as a human being.” If you are a spiritual person, Caroline Kitchener said, “you’re not blindly accepting a faith passed down from your parents, but you’re also not completely rejecting the possibility of a higher power” – and quoting Matthew Hedstrom, a professor of religion at the University of Virginia, “spirituality is seen as a larger, freer arena to explore big questions” and the ‘spiritual-but-not-religious’ designation is about ‘seeking,’ rather than ‘dwelling:’ searching for something you believe in, rather than accepting something that, while comfortable and familiar, doesn’t feel quite right. In the process of traveling around, reading books, and experimenting with new rituals, you can find your identity out there.” And that “seeking” instead of “dwelling” is not just a phenomenon happening in the United States. As Fernanda Câncio reported in an article published in Portuguese newspaper Diário de Notícias, according to a study by Católica University, the category of the so-called “believers with no religion” in Portugal rised form 2,1% in 1999 to 2,6% in 2011. The rest of the world seems to be catching up with this trend – as various studies show, those who affirm themselves as having no religion “are now more than a third of Europeans and the majority in several countries, including the UK and France.” Even though, she said, not having a religion is not the same thing as not believing, not having faith, not having spirituality – in fact, as British investigator Linda Woodhead put it, “not all of the nones stopped believing. There are atheists, but also those who believe – and those are the majority of the non-religious.”

That believing, as a number of surveys, studies, articles and testimonies on the subject show, can range from the sort of vague (but not less valid) answer of believing that “there is something” to the broad affirmation (but, again, not less valid) of believing that “there is something”. It can range from believing in “a spiritual force” to believing in “an energy”. It can range from having faith in nature, in other people, in crystals, in tarot, in astrology. Let’s be honest: who has never put a little bit of their faith in the enigmatic notifications sent by Co-Star of Pattern? You don’t have to answer that. But if you want to, we won’t judge you for it. “We live on the forefront of technological advancement, and with explanations for almost everything, we’ve created a desire for the mystical. The mere thought that everything — from science to politics to human interaction — is based on realistic explanation is scary and boring at the same time. We want life to be unexpected, surprising, mystical and comforting all at once, and maybe that’s what astrology offers us,” wrote Pia Ahlert in the article “Why Are Millennials Replacing Religion With Astrology”, published on Indie Magazine last year. “Fundamentally, it allows us to understand life’s random events and put them into order: If things at work aren’t going well, maybe the position of the moon can help to gain new energy, it is okay to take some time for self-care now that the Sun moves into Capricorn. (...) Astrology acts as an untainted escape from the injustices and damaging rhetoric that perpetuates so many aspects of our everyday life. In a tumultuous era tainted by Trump, treason, institutionalized racism, sexism and homophobia, what’s the real harm in finding solace in the stars?” We would say none – after all, in the universe that is faith, hope and spirituality, there seems to be no right or wrong answers. In the universe that is faith, hope and spirituality, the way in which we find meaning can range from the simplest thing to the most inexplainable feeling. In the universe that is faith, hope and spirituality, the way in which we practice our belief can go from long walks on places where we feel “connected”, conversations with people who make us feel “in sync”, whether they are next to us or in an unknown place, or meditation sessions that make us feel “one”. “One” with “something”. Whatever that “something” is.