English Version | Is It Fashion? Is It Music? Guess it’s Guess

Don't fix it if it's not broken. And the formula that has joined Guess with the musical universe is proof: partnership after partnership, the American brand shows that the marriage between fashion and music is alive and kicking. 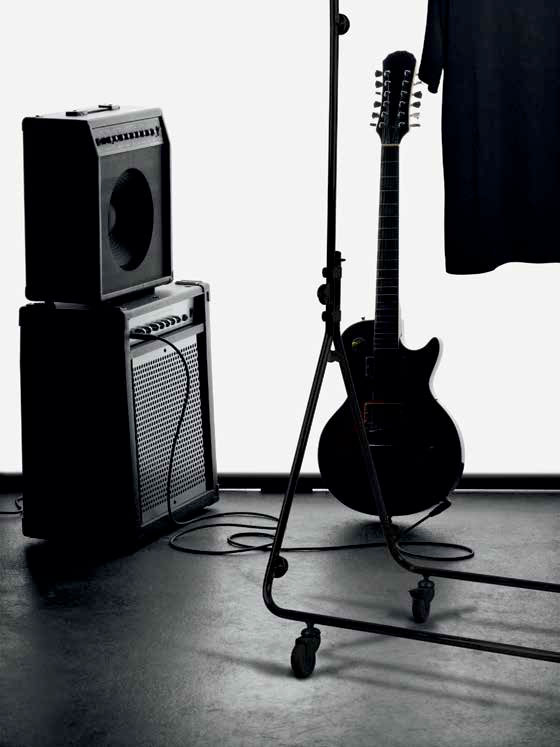 Throughout this issue, with each page you flip through, the following premise is likely to become more and more evident: between music and fashion there is a very clear dialogue that unfolds, a dance that is created, a tried and tested unique link. Today, always and, we dare say, forever. There are, therefore, vrands where this evidence stands out; others, not so much. There are also those brands where it can be hard to pinpoint one or the other: is it a fashion brand? Is it a musical project? Is it both? If Guess were not an institution in the world of fashion, the American label could very well be one of those cases in which it is difficult to make the distinction. To start off with, it had its cradle in 1981. Which, in other words, translates into fun, color, lots of dancing and even more music. Let's say that the fun factor is in Guess's DNA and therefore, 40 years later, it would have to continue. For instance, for spring 2021, Guess collaborated with Samuel Borkson and Arturo Sandoval's fine art collective, FriendsWithYou, which resulted in a collection of colorful silhouettes and pieces. The capsule collection, available since April, had none other than international music superstar J Balvin as the face to the campaign. This was not, however, the first time that the brand teamed up with the artist.

Among other partnerships, the one that took place in June last year stands out. Colombian singer José Álvaro Osorio Balvin, aka J. Balvin, developed a collection for the brand full of vibrant colors inspired by Colores (March 2020), his recently released album. Back in 2016, the marriage between Guess and the musical universe was even more serious. That was the year in which the brand teamed up with Republic Records – stamped by The Weeknd, Drake or Nicki Minaj – to jointly launch the GUESS Music project. The idea would be, as the name suggests, to create a platform that would unite the two superpowers that are the fashion and music industries. The project aimed to connect established artists from the Republic family, as well as emerging young talents, with the fashion created by Guess. A way of nurturing the creative and inspirational spirit that the two industries arouse. The first project with a GUESS Music signature was released in August of the same year, with the debut of the theme Side to Side, by Republic Records artist Ariana Grande, in a duet with Nicki Minaj, to be played over 24 uninterrupted hours exclusively on the Guess website. In the music video, the two singers wore Guess, in a collection designed specifically for that release. The idea would also be that, later, all collections resulting from the partnerships would be put up for sale in a kind of celebration of the launch of new themes by the artists of that record company. In a press release sent out as part of the partnership, Paul Marciano, co-founder of Guess, explained that discovering new talent had always been his passion: “I was lucky to discover so many faces in the fashion world. I am thrilled to be able to carry out this initiative with my friend Charlie Walk”, he stressed. “Co-creating this kind of artist discovery platform with Republic Records, the music industry's #1 record label, is an honor. I'm confident this unique partnership between music and fashion will catch the attention of up-and-coming musicians and launch careers in the same way our iconic advertising campaigns have done in the past.”

The then president of Republic, Charlie Walk, explained, in turn, that he had been inspired by the love and understanding that Marciano had towards those two industries — fashion and music: “We wanted, with this partnership, to create the opportunity to discover new music In the whole world." In portuguese territory, the passion for music on the part of Guess is equally notorious. In July 2019, for example, Guess Watches — which had already been a regular presence for the past three years — returned to NOS Alive and took with it three models of watches designed exclusively for that occasion. At the time, Marta Paixão, Head of Marketing at Guess Watches, considered that the NOS Alive festival would be the ideal place to meet and interact with the younger audience and convey the brand's adventurous spirit: “Music and fashion are the perfect combination to provide good atmosphere and constant joy”, he said in a press release. As they say, if it's broken, don't fixe it. And the one that associates Guess with the music industry seems to work rather well.