English version | Editor's letter: "The Madness Issue" (and the madness around it) 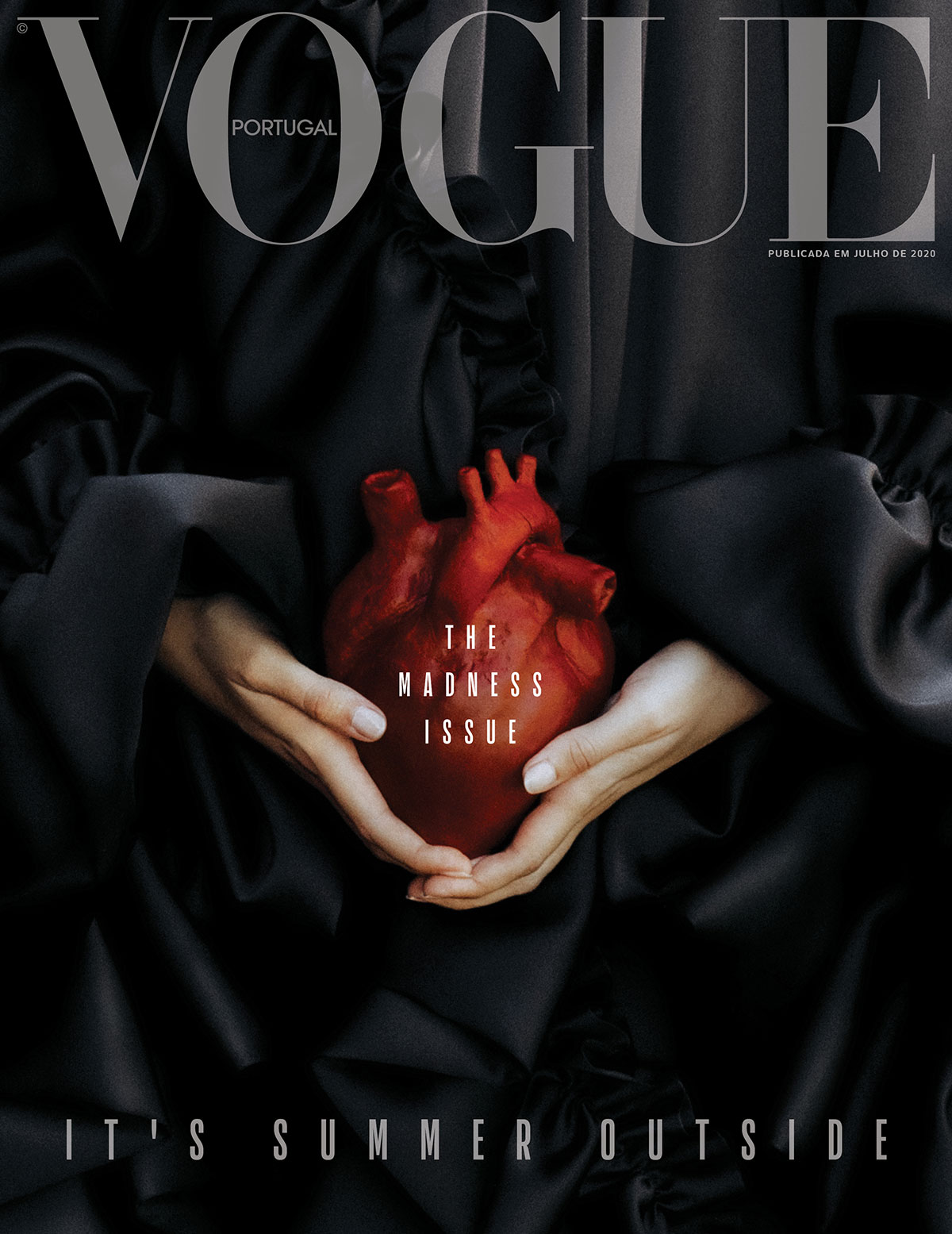 “I have faith that something good will come out of this in the end like the phoenix out of the fire. But in the meantime it’s almost impossible to know how to plan for the future. Things here are as good as can be expected, but under such strains you never know when people are going to go crazy! Sometimes I get the queerest feeling that things going on in the world around one, are in some odd way reflections of things happening in the depths of one’s own mind. It is almost as if the world gets calm as you keep calm yourself, and vice versa. Yet it would be absurd to imagine that one could actually control the course of events in that way because this would imply the belief that oneself alone is real and all else a figment of thought. But it convinces me more and more that there is a universe inside one, which contains Hitler and all forms of human madness as well as love and beauty.”

The letter Allan Watts wrote his parents, at the same time World War II was swallowing the world. The young aspiring author, and emerging philosopher, was trying to understand the terror and tragedy, making an effort to maintain what we most need, but most easily abandon in darker times: to stop and think about what all of us are, as human beings, and how each of us contain a whole universe inside that contributes to the universe outside. We are going through tough times and a world crisis in every level, that inevitably affects us all, in our emotions, in our behaviors, in our mental health, with no exception. And one must be mad if convinced otherwise. 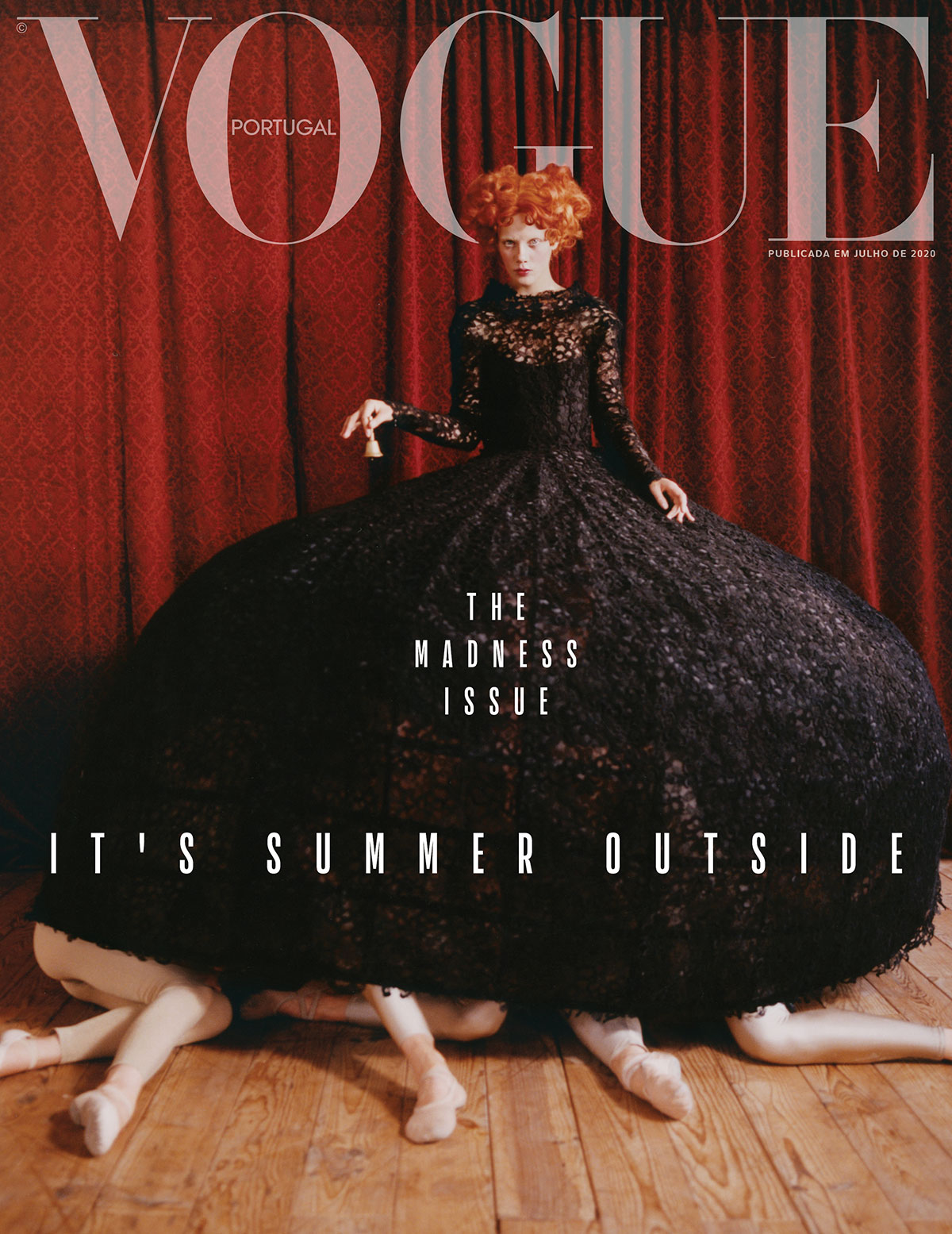 Madness, to which we dedicate this issue to, madness in its larger sense, is present in the life of all of us - in Art, in Fashion, in our attitudes, in our choices, in our behavior, in our relationships, in our crying and in our laughter, and, most definitely, it was never this present in our daily vocabulary as nowadays. And what is madness? To each of us, it’ll have a different meaning, but in one certainty we must agree: madness is not the same as saying mental illness. This issue of Vogue is out, surrounded by controversy. And with controversy came misinformation. This is not an issue about mental health; it includes, amongst all its content, articles about and related to mental health, and it counts on the collaboration of professionals from the neuroscience, psychiatry, psychology and sociology sectors. Unfortunately, mental illnesses diagnosis are rising rapidly every day and, either directly or indirectly, affects almost all of us. As a personal case, I have my mom, suffering from dementia, living with me and my daughter. I live with and take care of someone with a mental health diagnosis, on a daily basis, and know, from personal experience, the lack of support, fundings, and even information around. Fighting the stigma is also bringing this matter to the table, and a magazine like Vogue, whose title strength and visibility, as well as the commitment of a whole team, has that added responsibility. Making sure that it can be discussed openly means putting it up for debate. That was all we ever wanted, especially considering it’s an issue where science is self still has so much left to discover.

The four covers that made up this issue intended to be an artistic representation of a whole, of all of us. Madness in love, in the surrealistic fantasy, in the craziest summer that most of us can think of. All of us, in this current world. The cover that was pulled out, shot in an old psychiatric hospital, up and running until seven years ago, represents a woman being taken cared of and bathed by two nurses. The cover image - harsher because it’s the one that speaks, in a more graphic way, to a heavier side of mental illness’ history, mental institutions - also speaks of love: model Simona Kirchnerova is seen photographed with her mother and her grandmother, symbolizing she’s not alone, also a reflection of human evolution in this field. But the image touched a wound that’s not yet healed, exactly because all is far from being ok. There’s still a long way to go in which concerns support and institutions, breaking the stigma, because good will is not enough. But the world today moves at the speed of light, there’s no time to ponder and absorb all possible meanings of an image. Controversy shifted all attention to Vogue itself instead of the urgent matter, both in Portugal and the world, of mental health. The subject is too serious to allow division. Quite the opposite, we must unite with love, understanding and empathy surrounding this matter. Mistakes will always be made, and they’ll only be prevented by not doing anything, and that is, indeed, the biggest mistake of all. 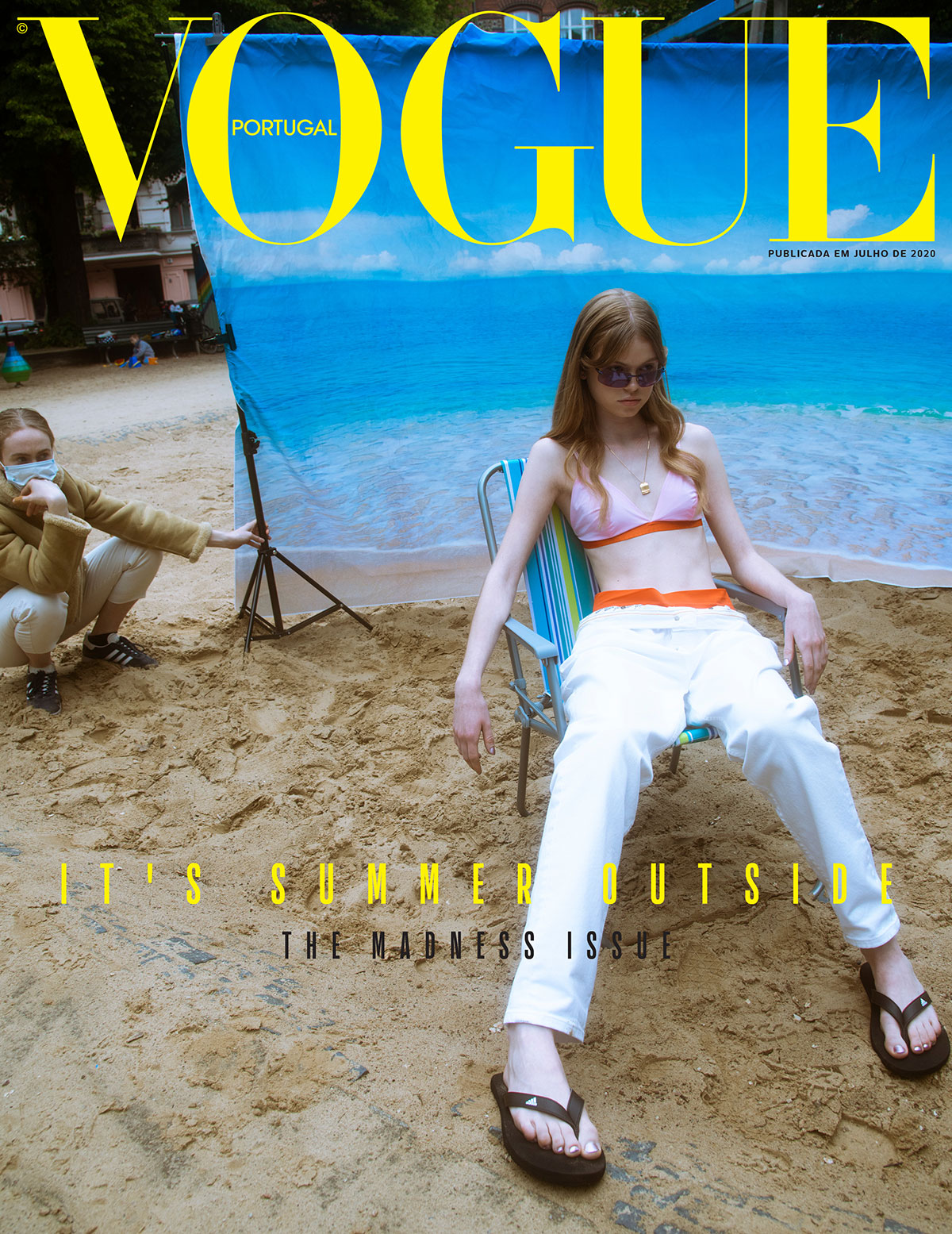 This issue goes out to stands without one of its covers printed and without that cover story, inspired in known images from reportages done by Magnum agency professionals, about several psychiatric institutions throughout the last few years. Knowing the impact the cover image had, and the fact that its aesthetic has offended the sensitiveness of so many, we didn’t want to perpetuate division. With the exception of the cover story, the magazine maintains all of its original content, including all articles related to mental health. In our decision, prevailed respect for not dispersing attention from what matters most. I believe big changes cannot be made without rocking the boat, without difference of opinions. From the bad, I always hope some good comes out of it and that now we can begin talking a healthy, much needed and constructive conversation in a society that urgently needs more love. And if there’s a matter in which love is constantly put to the test, it’s this one.

I’d like to invite whoever wishes to share their own personal cases, to send your testimony to Vogue: mentalhealth@vogue.light-house.pt. We’ll be posting in our websites stories that we find most relevant and that can help us, society, to understand it better.