“We are only as strong as we are united, as weak as we are divided.” - J.K. Rowling

On May 29th, 1919, young english astronomer Arthur Eddington transformed Albert Einstein into somewhat a celebrity, proving the most significant scientific theory of the Universe since newtonian gravity: the theory of relativity. For a quarter of a millennium, the conception of space as something static and absolute signed off by Newton had never been questioned. According to his theory, gravity is a force that, as magnetism, acts through space, but not on space, and light travels only in straight lines. According to Einstein's theory, space and time are a sole identity - the fundamental tissue of the Universe - and gravity is a force caused by space-time, where objects bend the tissue of space-time itself with its force. In a time when few scientists considered relativity plausible and no englishman would risk its reputation by defending a german's idea, Eddington decided to test Einstein's theory and, with his small team, traveled to the remote island of Príncipe to observe the biggest full solar eclipse - lasting six minutes and 51 seconds - that happens once in every 500 years. In an incredibly ambitious experiment, pactically and conceptually speaking, after days of strong rains and grey skies, almost surrendering to failure, Eddington and his team observed in awe the clouds fading just in time for the eclipse, opening the way for the telescope they had brought with them to that mountain camp. At the exact moment the Moon blinded the Sun completely, Eddington managed to register photographically the light of the stars of the Hyades cluster, positioned directly behind the Sun, from the Earth's point of view, proving Einstein was right, and Newton was wrong, and that the enourmous gravitational field of the Sun distorted space-time itself, bending the path of the starlight, to make it visible from Earth. This was a meaningful scientific triumph. It was, above all, a human and encouraging moment: right after Word War I, a pacifist englisman, that had refused to be recruited under penalty of being jailed for treason, and a german jewish man, also a pacifist, managed, together, one of the biggest scientific accomplishments of Humankind, uniting a world, divided under the same sky, under the most profound truths of the Universe, precisely on its darkest hour.

From light and shadow has the History of Humanity been written, the same that proved us, time and time again, that's in union that we can, and shall, find true strength. The theory of relativity itself proves it, we're all connected in an universal fabric of space and time. It's not the first time the world, in such a global and in every way, goes through such a dark phase, in loss, in pain, in uncertainty. But it's in the certainty that there's no shadow without light that should rest the resilience the world needs, in the notion that we're all beings that depend on one another. The notion that we need each other, no matter how different we are, the same differences that should have never torn us apart. If there's anything that this huge global "eclipse" named COVID-19 came to reminds us is that we're all connected, that we're all links in a chain, and that much more than a viral chain, we're a human one. And that social distancing, though necessary, doesn't mean human distancing, because we never needed to be as united as now.

Irrational fears and panic need to give way to construction and reconstruction, creativity, humanity, in the strength of union. So that the stronger ones can protect the more vulnerable ones, who in any society always carry the heavier burden of difficulties. Noone knows what's coming next, nor what the future holds, exactly. But, truthfully, we never knew and will never know. There's no antidote to the unforeseen, we can only create strategies to give meaning to a life we know to be unstable and temporary, but one we want to live in balance and open paths to the happiness we all crave for. Because even in that search, we are together. 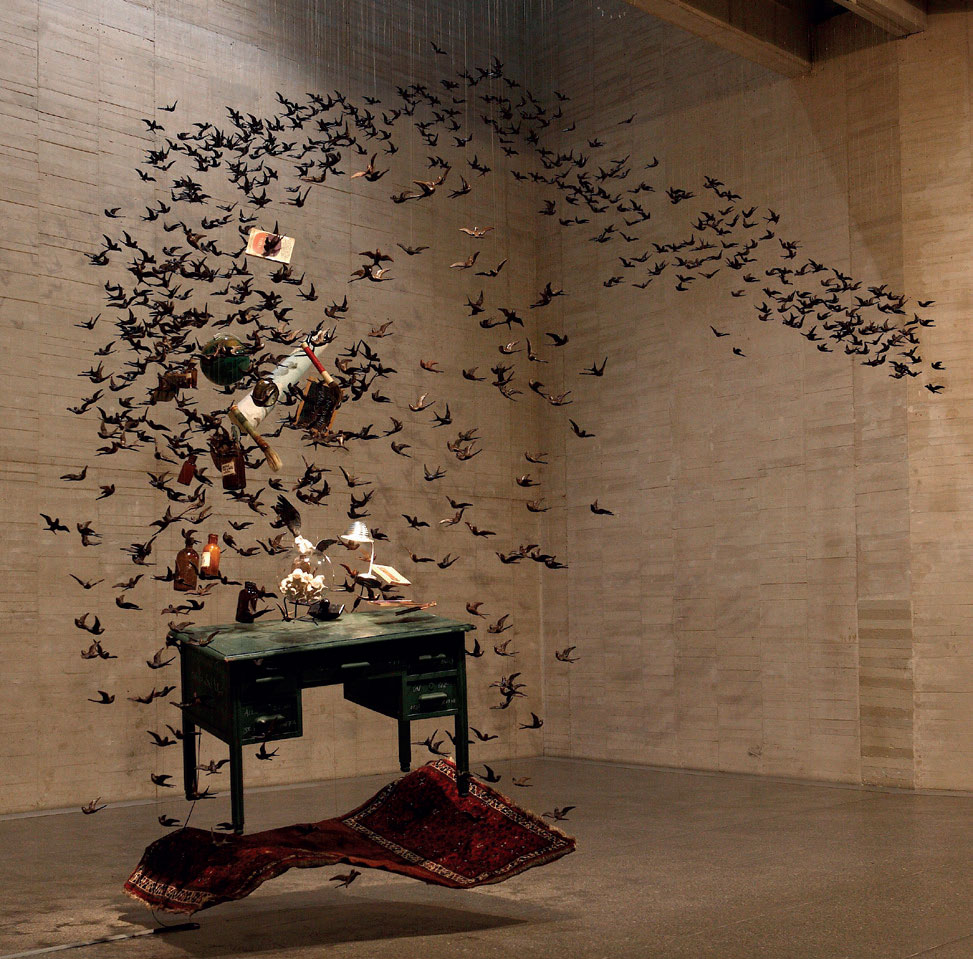 In Vogue, we believe that only UNITED can we rebuild a way of balance, fight chaos with the creativity that reinvents and rebuilds. And we're not alone. Together with GQ Portugal, and in a Standing Together, Happy Together mode, we launch an unique issue. Unique in both ways, because it's a one-time thing and because it manifests physically the union of the two publications (re)united as one, in an equally unique statement, that puts together the different voices and visions of both teams, and its contributors, in such a special issue. The swallows, iconic birds for our country, that announce springtime, are the stars of a joint and symbolic cover. These birds fly as a group to make the most of their joint energy, and at the same time taking advantage of the assets of the elements of the bunch, like the wisdom of the elderly and the resistence of the younger, in an example for complementing each other. Together, they take turns leading and, whilst ones search for nourishment, others are watching out for danger. In unity, and not in individuality, they become stronger. A wise resource that nature teaches us and that we shouldn't lose sight of, as Humankind.

The strength of a chain isn't in the number of links, but in the union between them. As stronger they are, the more obsolete the differences between them will be, because they are no longer links: they are one. 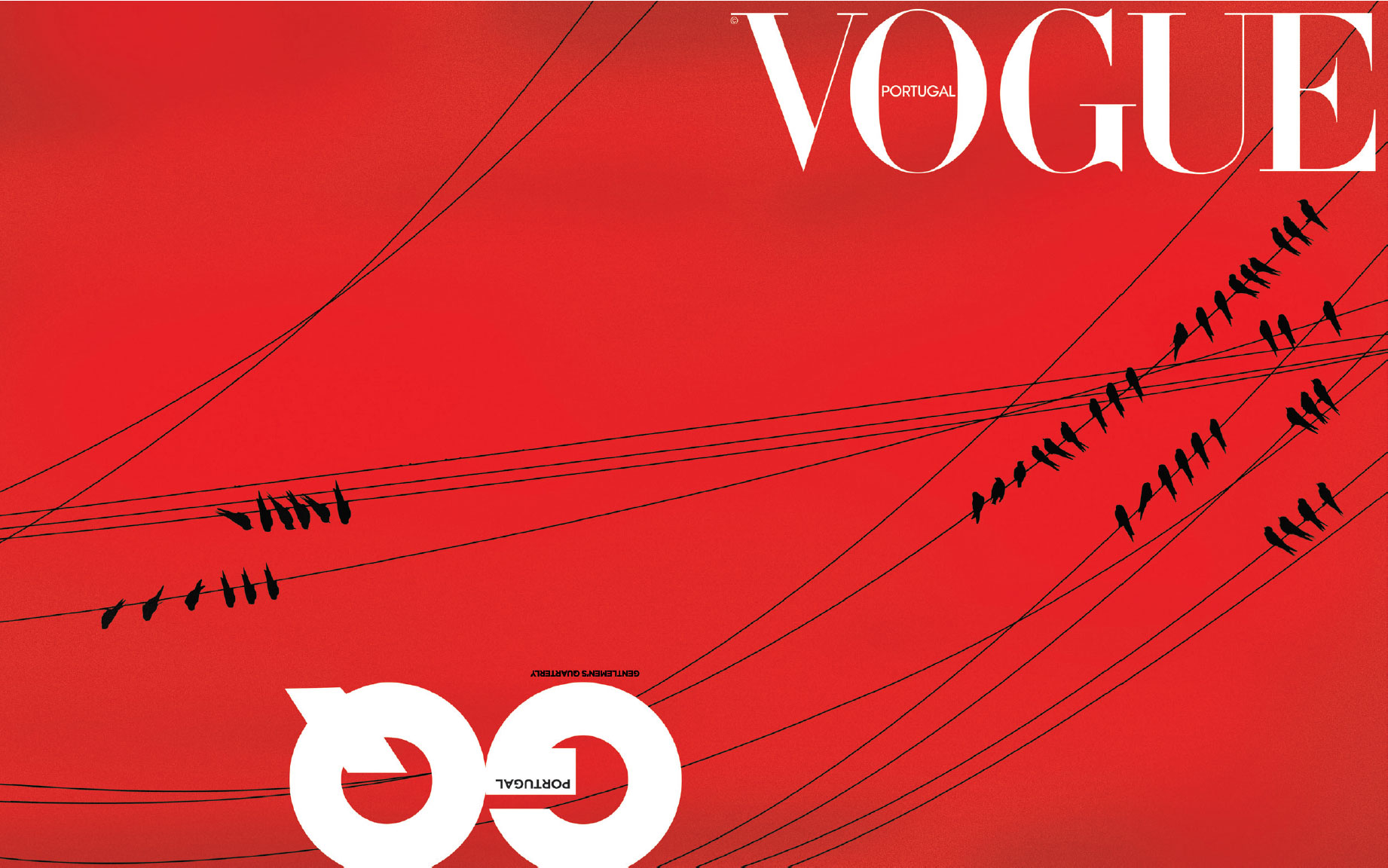