We don't really know what came first, whether the seduction by the forbidden or the persuasive serpent, but at Bvlgari the two concepts are equally prized: it is easy to be seduce by their pieces - no wonder Serpenti is an icon - and easy to be persuaded to remain loyal to the brand, not only for its design, but also for its philosophy, which excels not only for its quality but also for its ethics. 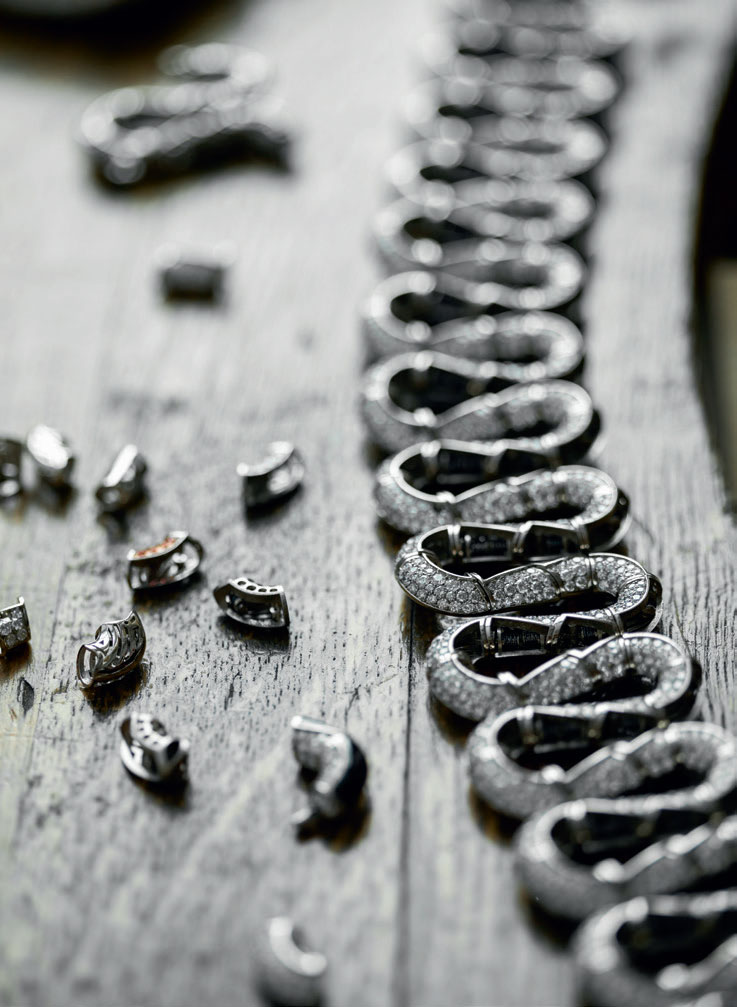 In addition to being a member of the Responsible Jewellery Council (RJC) since 2006, the company has been working with raw materials from certified sources for several years - since 2019 that 100% of Bvlgari's gold comes from these sources certified by RJC -, and last December, it was one of the first to successfully renew the RJC COP certification, complying with the new and demanding standards that extend for the first time to new areas, such as colored stones (in particular rubies, emeralds and sapphires), silver, as well as gold and diamonds. Here, the only thing you can't do is avoid surrendering to its good practices as much as to its jewelery estate: “From mining to manufacturing process, Bvlgari works to ensure the entire supply-chain uses responsibly-sourced precious metals and gems, with the highest consideration for ethics and environment.”, assures its creative director, Lucia Silvestri, with whom Vogue spoke about creativity and limits, the new Viper collection, and the spirit of the company where she has been since she was 18 years old. “I think those issue have always been mandatory but for sure in today’s society they are gaining more and more attention than before. There has been a shift in the consumer’s concept of luxury from the product focus only to the philosophy behind it; consumers’ buying choice is in fact now more than ever lead by ethical, social and environmental criteria. Years ago, thinking about luxury and sustainability together would have seemed a paradox, today not only is it possible, but essential. Today, consumers expected more and more luxury brands not only to offer top-quality products but also to be model corporate citizens.”, she adds. The new Serpenti Viper collection takes full advantage of this spirit, which in fact is not new, it's only more pronounced.

Viper emerges in the wake of an emblematic range, Serpenti, which has existed since the late 1940s and which has been renewed over the years, without ever defrauding the essence of the snake symbol, which was born in the middle of the 20th century. In fact, an evolution that suits the animal that serves as its motif - always in transformation, without ever losing its seduction, the snake changes its skin, but never what it is. That is why it became a signature of Bvlgari: “The snake is a creature whose unique characteristics have long fascinated the human imagination, and figures prominently in the myths and folkloric traditions of every culture in the world; a symbol of rebirth, protection, fertility and immortality”, explains Silvestri. “The serpent motif is also a constant presence in the history of jewelry design, serving both ornamental and propitiary functions. For Bvlgari, Serpenti is its most legendary icon; a symbol of power, seduction but also and especially endless metamorphosis. Just as the snake continuously transforms itself shedding its skin, Bvlgari icon continues its unstoppable evolution started in the late ‘40s. The new Serpenti Viper collection is its latest evolutionary step, featuring a more than ever flexible modular construction that enable jewels to naturally wrap around the body as a golden seductive second skin to wear in every occasion.", reveals the creative director, adding that "Serpenti has been able to change its skin collection after collection, continually innovating, updating and adapting itself to the surrounding evolving environment and society without losing its essence and original vibe. In a certain way, this ability recalls the approach I have always adopted, especially since my appointment as Bvlgari Creative Director, fueling Bvlgari DNA in every creation I make but always innovating it, making it contemporary.” Viper is the perfect example of the alliance between DNA and novelty, and you can see that connection with a naked eye. With sets of diamonds and available in three gold tones, the line includes a vast new selection of bracelets, rings, necklaces and earrings, which play with the golden tones available, often crossing them in the same piece. Viper also includes matching earrings and pendents. 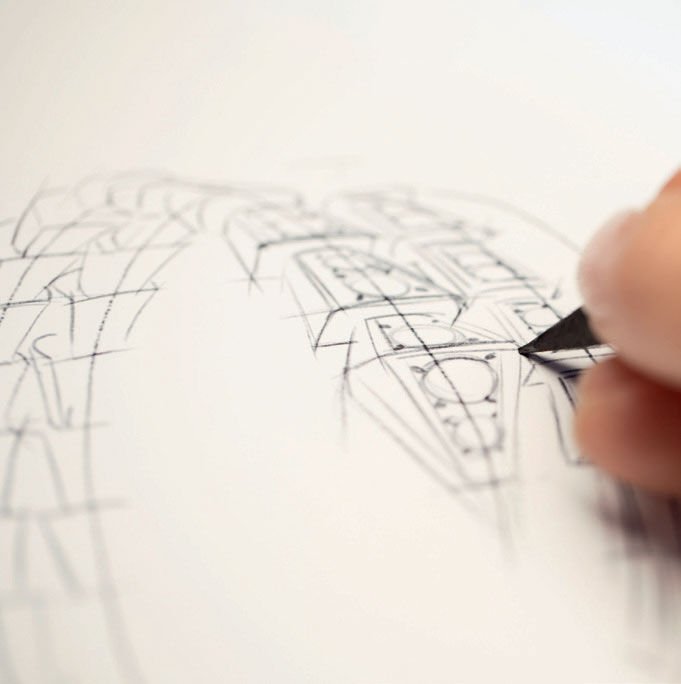 Lucia opens the veil behind the scenes and tells us a little bit more: “the idea of Serpenti Viper was born from Serpenti High Jewellery Creations. We wanted to create a version of it that could be easily wearable daily and in every occasion, so we worked on the symbol stylizing it in a way that still recall what kind of animal it is but at the same time the symbol is not so preeminent and the jewel could be worn also regardless of it”, she reveals, adding that “the new Serpenti Viper collection is the latest evolutionary step of Serpenti. Embracing change and evolution, we have interpreted the iconic signature with contemporary and metropolitan audacity, injecting a new vibe into Serpenti Viper. This new collection is perfect to be worn every day and in every occasion. It’s a very playful collection, you can play with the different colors of gold it offers, different materials (as it offers both plain references and references featuring hardstones) or event mix it with other Bvlgari collections.” Using the term play is a curious reference in this Silvestri answer, because it conveys the idea of ​​freedom - but how much freedom is it possible to have with a symbol over 70 years old, which already has its lines delimited? Are there limits to creativity in what you can do with it, considering that there is an essence that cannot be defrauded? The creative directir has never felt there were “forbidden signals” in the way she imagines a new line for the brand. And certainly, not with regard to Serpenti, since "its sinuous forms are a never-ending source of inspiration". In addition, it would be difficult for Silvestri to defraud or distort the brand's image - she is herself a brand image.

Lucia's years at Bvlgari bring her an incomparable knowledge of the company's DNA, the depth with which she prints Bvlgari in her creations comes easily and naturally. After all, her career there, started early, at just 18 years old. She was a biology student and her father, a company employee, asked her if she wanted to fill in the shoes of his secretary, at the time in maternity leave. The Bvlgari brothers quickly realized her dedication and talent, and the young woman has since been on the payroll: “My arrival in Bulgari has been a lucky coincidence; I applied for a maternity replacement while I was studying biology and the Bulgari’s brothers soon saw the passion and harmony I have with gems; they supported, guided and taught me so much. Since the beginning, and especially since my appointment as the Brand Creative Director, my goal has always been to innovate while still highlighting Bvlgari DNA. Since then so many years passed and so many memories as well. It is difficult for me to choose just 3 of them but for sure among them there is the moment I was appointed Bvlgari Creative Director in 2013, officially fulfilling the role that until that moment had always been of Paolo Bulgari.” The years at the label reflects on her love of the brand and the passionate and insider way with which she speaks of the brand. It is an easy label to love, it seems to us: not only for its good practices, but also for the maintenance of the manufacture, since, like Bvlgari, there are few ones that appreciate the traditional methods and the importance of the craftsmanship. 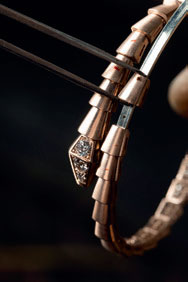 It is that it is not only at the source that they excel in conscience: in respect for human resources, they have never underestimated the importance of craftsmanship, assuming its relevance so that their proposals are always unique. And even though the weight of the craft is different from piece to piece, “in every Bvlgari creation, human touch and supervision are fundamental and very present”, he assures. And that makes a difference in the final product, due to the various characteristics only possible with the human hand in the mix, such as “the mind, the Mani Intelligenti, the sensibility, the great experience developed and gained year after year, creation after creation that allows to deeply understand the best way to work on each unique piece.", argues Silvestri, assuring that it is not a preference or a matter of trend,"but one Bulgari’s main characteristic, which makes every product unique. The high level of Bvlgari artisans skills, the care and the attention they put into every creations cannot be replaced, not matter how fast paced the world we live in would be.” That is why they also strive to ensure that this know-how is never lost: “For Bvlgari transmitting the know-how generation after generation Is fundamental”, underlines the creative director. “In our Laboratorio there are always different generations working together in order to hand-down this important know-how. Creating opportunities for young professionals and to transmit brand know-how to the next generation, for us is a priority and for this reason Bvlgari supports several initiatives in this sense; an example is the opening in April 2017 of the Bvlgari Jewellery Academy, an internal training program for young craftsmen aiming to enhance employees’ professional skillset and create employment opportunities. The Academy is integral part of its state-of-the-art Jewellery Manufacture in Valenza, Professional goldsmiths are transferring their knowledge and expertise in the manufacturing of Bvlgari Jewellery to young professional leveraging on creativity, knowledge sharing and talent valorisation. Since 2017 till today Bvlgari held 11 Academy hosting about 200 students for its courses and hiring the 90% of them at end of the course.”, admits Lucia Silvestri. A slight addition, then, please: this forbidden fruit is not only appetizing, it should also be applauded. 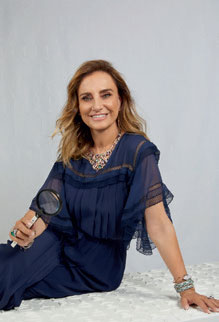 *Translated from the original on Vogue Portugal's The Forbidden Issue, published april 2021.
Full story and credits on the print issue.