When it comes to hair, to each their own. Especially if we’re talking coloring. And some really do want it dyed in the most incandescent blue there is. 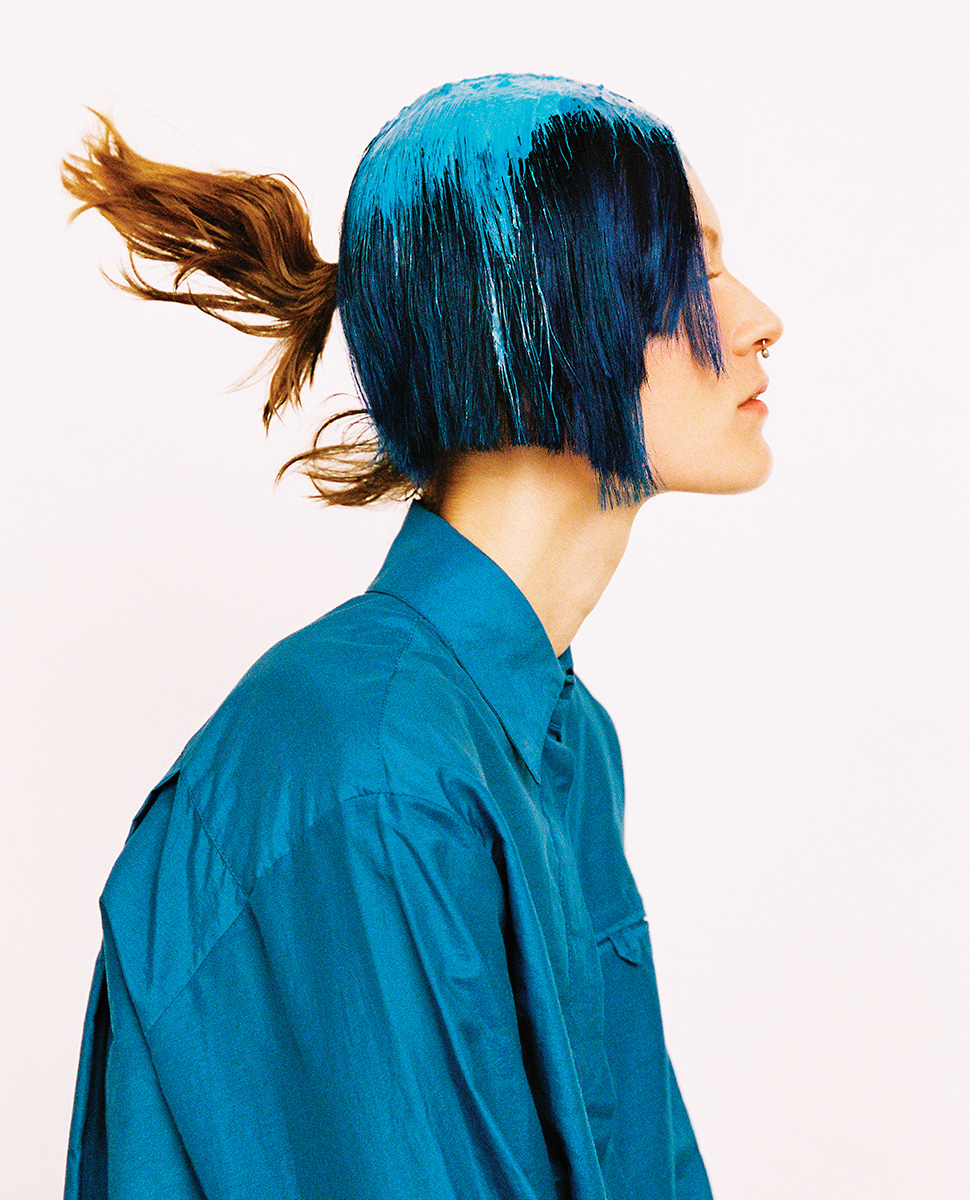 The most obvious reference finds us sooner rather than later: Simpson, Marge Simpson. While her size and cut might not be everyone’s cup of tea (or the lowest maintenance), her color leaves no space for indifference. It is called Cyan Cornflower Blue, and it is globally recognized from South Korea to Berlin. The blue of the huge mane flaunted by Homer’s wife, barges into our houses without permission, almost offensively, such is the pride and ease of this rather unusual look – somewhat reminiscent of the wonderful Emma (Léa Seydoux) from Blue is the Warmest Color (2013), wondering hand in hand with her rebelliousness and restlessness through the waves of her mini blue bob. We could go on and on this nearly infinite list of references, from anime star Sailor Saturn, from the Sailor Moon squad, to the equally famous Katy Perry, Gwen Stefani, Nicole Richie, Kylie Jenner or Cara Delevingne. But where does this fascination for blue hair come from, since no human being is naturally born with it? We decided to ask Olga Ferreira-Hilário, art director at Slash and hairstylist with 15 years of experience. “Some were already experimenting with a purplish blue during the 20s, but it was really in the 60s/ 70s, during the punk movement, that a lot of people dyed their hair with ‘fantasy’ colors. At that time there weren’t that many options of hair pigments, but blue was one of the most sought after. Then, in the 80s, a brand called Manic Panic came to the market, focusing only in those ‘fantasy’ colors, creating a wider variety of tones. In 2007’s autumn/winter, Marc Jacobs did a trend revival and dyed the models’ hair in various shades of blue. From that moment on, more and more people colored their hair in ‘fantasy’ tones. I think blue has always been around because it ends up connecting nicely with most people’s natural color and it is substantially more durable in comparison to other tones.”

So far so good. The answers match our research. But there are things only a hairstylist would know. Such as the first time someone came in asking for this color. “The first time I dyed someone’s hair blue was in 2009, while I was still working in London. At the time I wasn’t used to having a lot of people asking for that kind of coloring.” And now, what is it like? “Nowadays I have many clients coloring their hair blue. Some do it only once to try it out, while others love it and end up maintaining the tone for a long time.” We can imagine the maintenance must be complicated. Do you confirm? “If the base toning in order to achieve the right blue is well made, the color can hold for 2/3 months with no need for retouching, as long as you don’t wash your hair every day and use a neutral pH shampoo to help with the upkeep. If you’re someone for whom a daily washing is a non-negotiable, you can always use a pigmented mask at home, once a week.” Which type of hair does blue sit better on? “You can do blue on every coloring and type of hair. To achieve a nice, shiny tone, the ideal base would be ‘virgin’ hair, though bleaching is always required.” To wrap it up, the million-dollar question: Have you, Olga, ever had blue hair? “Yes, I did, back in 2008. At the time I was going through a very experimental phase with my hair and loved petrol tones and peacock feathers’ colors, so I did various types of blues.”