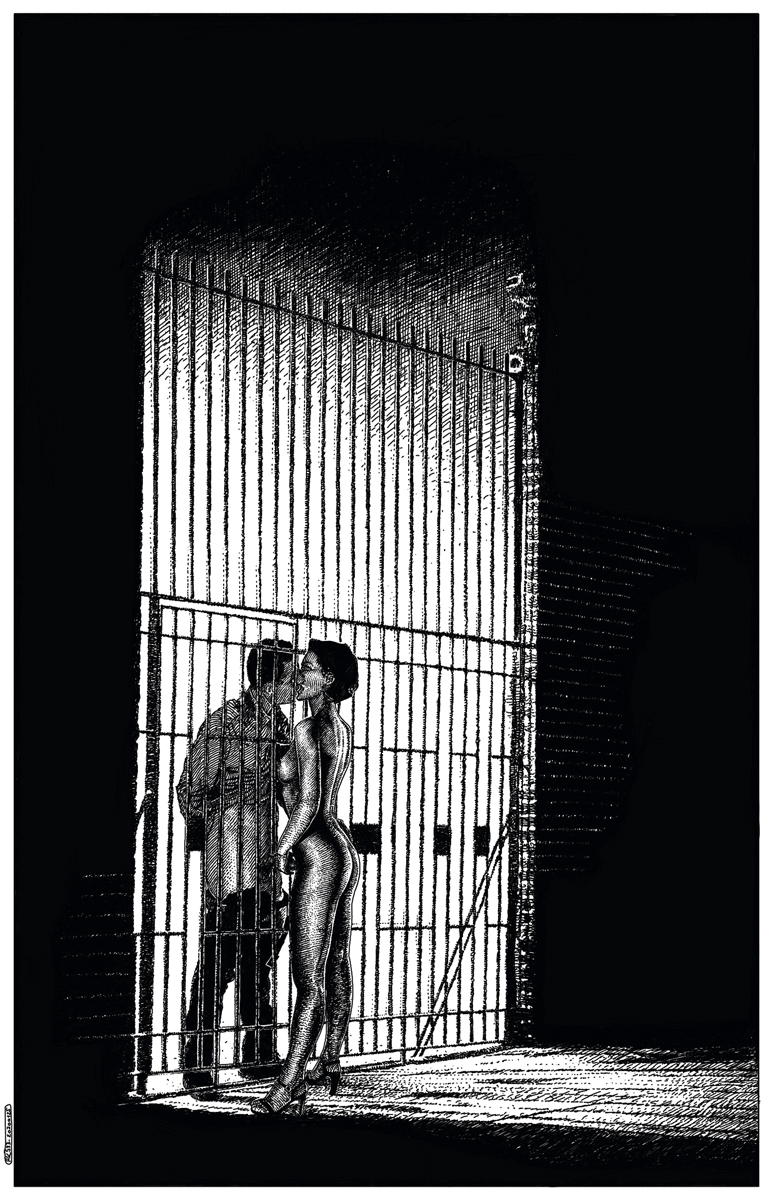 Dogmas only exist, even in the most progressive societies (which are often, and paradoxically, the most dogmatic) because freedom is an illusion. To grant humans full freedom, that is, to give them free will at all levels, is to condemn Humanity. It is asking for anarchy, where the weakest will perish, not through natural selection (as in the animal kingdom), but at the hands of men themselves. It was not one or two philosophical currents that addressed this theme. Which is shocking. But obvious. Take, for example, that place where we spend most of our lives: work. Forget all the conventions that, after the Industrial Revolution, were instilled in us in such a way that, today, they are already part of our DNA. Done? Now, ask yourself: why the hell do we have to work? People shouldn't have to. They must want to work. Share not only the construction but also the maintenance of a society because its existence benefits all its members. It should never be forced. Something we have to do so we don't die. Imagine a society where survival did not depend on a job. Imagine that we could leave our job at any time, without fear of losing our only source of income. Imagine the power of a worker in such a society. Employers would have to treat you in the palm of their hands, make your job offer much more attractive than the rest, make people really want to participate in that “service”. And yes, of course there would always be those who would take advantage of this situation. They are already taking advantage of this economy, anyway. Just think of the 1% of rich people who get richer and richer while the others have to have two or three jobs to support their children. Why do they do it? Because they can. Because the remaining 99% are so afraid of losing their jobs. What if there was no such fear? If despair didn't dominate our days? If the terror of dismissal were replaced by free creativity? Imagine the children you could raise, the elderly you could care for, the inventions you would produce. Now imagine that, knowing all this, the overwhelming majority thinks: “no, I don't want any of this because it would benefit classes, ethnic minorities, races and beliefs I don't like”. This is the thinking of modern conservatives. A cancer, actually.

What can we say, then, about sex? The thing we all wish to be a constant in life, that makes the world go round, that our livers (as a good mood reference) depend on, that lends us a smile on our lips when it fills us completely, as well as it makes us bitter when it is sufferable. A mere example: are we truly understanding of the LGBT cause? How many of us put ourselves in the role of a gay man who can't come out of the closet because he lives in a remote village or, quite the opposite, plays a huge role in a company where the CEO is ultra-conservative? How many of us have come out defending that aunt who, at age sixty, with her children raised, decides to confess she is a lesbian and now lives with the lady from the haberdashery down the street who, it is now known, she loved her whole life? How many of us will continue to be amazed when a certain actor/singer decides to come out? And as for BDSM practices… When will we be free enough to scream from the top of our lungs that we get pleasure from it? That there are women who love nipple springs? That many have, for the rest of their lives, longing for the partner they trusted to the point of allowing him to have an entire fist inside their vagina? With whom the longing was such that it allowed anal penetration without much preparation? That even today they reach orgasm more quickly if, when they are possessed “on all fours”, they are firmly slapped on the buttocks? That these do not need permission because it is in this relationship between the two that the liberation of so many dogmas and invisible barriers of centuries lies? How much longer will BDSM practices be considered a fetish? A deviation. Sadomasochism is absolute liberation. Of those who like to dominate and of those who, often, need to deprive themselves of the ego to be dominated. Why hide it in dungeons that no longer make sense in the 21st century?

If Puritanism is rife in the 21st century (yes, there's no denying it), what about those who had the courage, in truly obscure times, to publish works based on their experiences and fantasies related to BDSM? First, we have the “godfathers” of the term sadomasochism: Marquis de Sade and Leopold Ritter von Sacher-Masoch, both nobles. Donatien Alphonse François de Sade, born in Paris in 1740 (at the height of the Enlightenment period), was an avowed libertine. Politician (quite revolutionary), philosopher and, of course, writer, he was the author of some erotic classics quite peculiar and advanced for his time, with extensive philosophical dialogues of the characters while, for example, they sodomized Justine (or The Misfortunes of Virtue, a novel – or a philosophical treatise? – in the course of which the poor girl, whose innocence is the cause of the systematic abuse she suffers, insists on not opting for evil for the simple reason that it is not in her nature). But the novel that gave rise to “sadism” was 120 Days of Sodom, a (perhaps not so far-fetched) story of four friends who decide to live four months of their life doing orgies with forty-six people . The descriptions are so violent and cruel that reading them is not at all advisable for the most sensitive. There is incest, cannibalism, bestiality and bard murders. At that time, that could only be produced by a mad mind. And Sade was involved in countless scandals, moving in and out of prisons and hospices, until finally he was arrested, already old, obese and almost blind in an asylum, where he died at the age of 74. Leopold Ritter von Sacher-Masoch, born almost a century later (1836) in Leópolis, the present-day Ukraine (then part of the Austro-Hungarian Empire), was, above all, a journalist. Although he had studied law, history and mathematics and had previously embraced a teaching career. He published several fiction and non-fiction stories where he debited utopian ideals, such as socialism and humanism, always with the daily life in Galicia and Lodomera, his homeland, as a setting, carefully analyzing all the people who lived there and their idiosyncrasies. If his writing overflowed with misogyny, his private life proved otherwise. In 1869, Masoch and his mistress, Baroness Fanny Pistor, signed a contract under which he became her slave for six months. It specified that the baroness would have to wear furs often, especially on days when she felt particularly cruel. Sacher-Masoch dubbed himself Gregor, a stereotypical name for servants, and disguised himself as the baroness' servant during an entire train journey to Italy, staying in a third-class carriage, whilst she was traveling in first. This is the plot of Venus in Furs, an obviously autobiographical novel, which gave rise to the term “masochism”. A few years before her death, Pauline Réage edited, in 1954, Story of O, her masterpiece. This is not just a sadomasochistic novel, even though it cures about a Parisian fashion photographer who is blindfolded, chained, whipped, branded, and instructed to always be available for oral, vaginal, and anal sex. It is a treatise on the ties of women in a society that is more than sexist, misogynistic. An absolutely feminist essay. At first, O is just a sex slave. But the more she resists torture, the more she likes to be dominated. It is the empowerment of women who, without fear of social criticism, take control of their sexual desires, thus not allowing anyone to make choices for them. If O begins to be humiliated and forced to be possessed by several men at the same time, thinking that she is doing it for the love of the one who commands her, she finally realizes that she is doing it because she feels pleasure. She finds that, finally, she loves herself, which until then had never happened. References to these great classics of erotic literature are compelling as only literature can simplify the seemingly complex exercise of hypothesizing BDSM practices to be pure liberation. From moorings that have been around for centuries. And that insist on not breaking. Only when these (and other) practices are not the target of prejudice can they leave the underground where they have always been situated. Even if one has the childish belief that it is precisely because they have to be surrounded by so much secrecy that they are exciting. Believe me. That's not the reason.