Which is like saying, "too much information." The slang serves to open the invisible debate, that we have been trying to avoid for a long time, that hangs over our lives, our routines, our decisions: is it that the excess of information is slowly killing creativity? 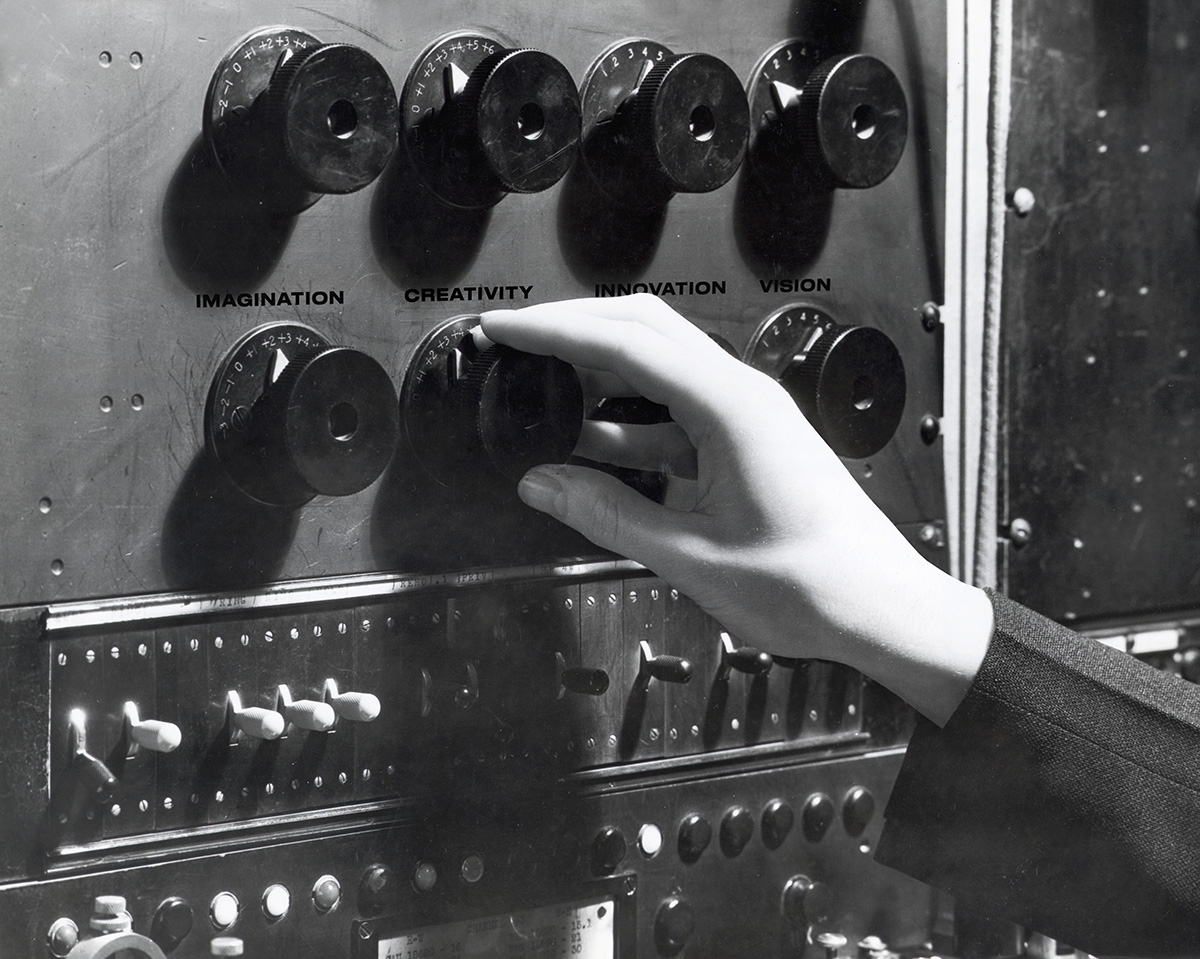 “Here's to the crazy ones. The misfits. The rebels. The troublemakers. The round pegs in the square holes. The ones who see things differently. They're not fond of rules. And they have no respect for the status quo. You can quote them, disagree with them, glorify or vilify them. About the only thing you can't do is ignore them. Because they change things. They push the human race forward. And while some may see them as the crazy ones, we see genius. Because the people who are crazy enough to think they can change the world, are the ones who do.” In 1997, Apple Computer (now Apple Inc.) launched a campaign called Think Different that celebrated the achievements of a number of personalities, and how those achievements had changed the world. The TV version, which featured a narration by actor Richard Dreyfuss, was a powerful anthem to the achievements of “madmen” like Einstein, Alfred Hitchcock, Pablo Picasso, Bob Dylan, Amelia Earhart, and a series of other names that inspired Steve Jobs (1955-2011 ), co-founder of the company. “Apple is for nonconformists, who want to use computers to change the world”, he said when the ads were launched. Think Different has become a mantra, not only among the entire creative community, but throughout the universe of those who, in fact, think, and do, differently.

Twenty years later, Jobs' premonition was confirmed: computers have changed the world - computers, and the people who use them, have changed everything. It is mainly from them that, daily, we receive an astronomical amount of information, far beyond what we are able to process: images, last minute alerts, memes, news, reports, newsletters, emails, podcasts, the list grows as we write these lines. Doing something new, different, has become almost impossible, because: a) everything seems to have been done already; b) having the time to do something new, different, is a challenge, a battle, since the opponent is ourselves, so many are hours we are stuck to a screen, consuming, without realizing it, what others have already done - what others have already created; c) we are constantly bored, annoyed, thirsty for “new things”, and any minute of pause is spent in search of a new form of entertainment, of something that protects us… from ourselves and our silence; d) we seek validation in everything that is external to us, to the point that we seldom know how to filter what is relevant from what is accessory; e) we stopped knowing how to dream, how to take risks, we became too well behaved, and we didn't even realize that we often just repeat patterns - patterns that we know have positive results - and we forget to innovate.

When, for some reason, we are forced to stop, to reflect, to stare, for instance, at a blank sheet, we do not know what to do. There is a feeling of helplessness that grips us, and it seems impossible for us to create. We are blocked. Because everything around us consumes us. In 2018, Christie’s sold a painting worth 432,500 pounds. So far nothing new, since these are common figures in the art world. It turns out that the work, entitled The Portrait of Edmond Belamy, was done by an algorithm. In other words, even Artificial Intelligence, an invention of man, begins to supplant us as far as creativity is concerned. There is an old saying that says "think outside the box." But right now - more than ever - to be really disruptive, to be original, to be provocative, you have to rip the box, send it away, forget about it once and for all.