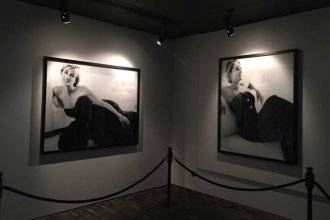 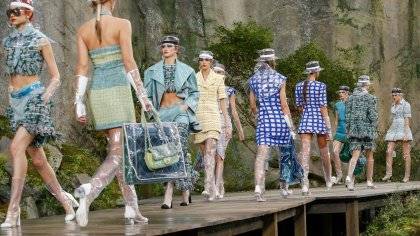 Tom Ford saves the day for New York Fashion Week with his suave, sporty and sexy – if familiar – show. 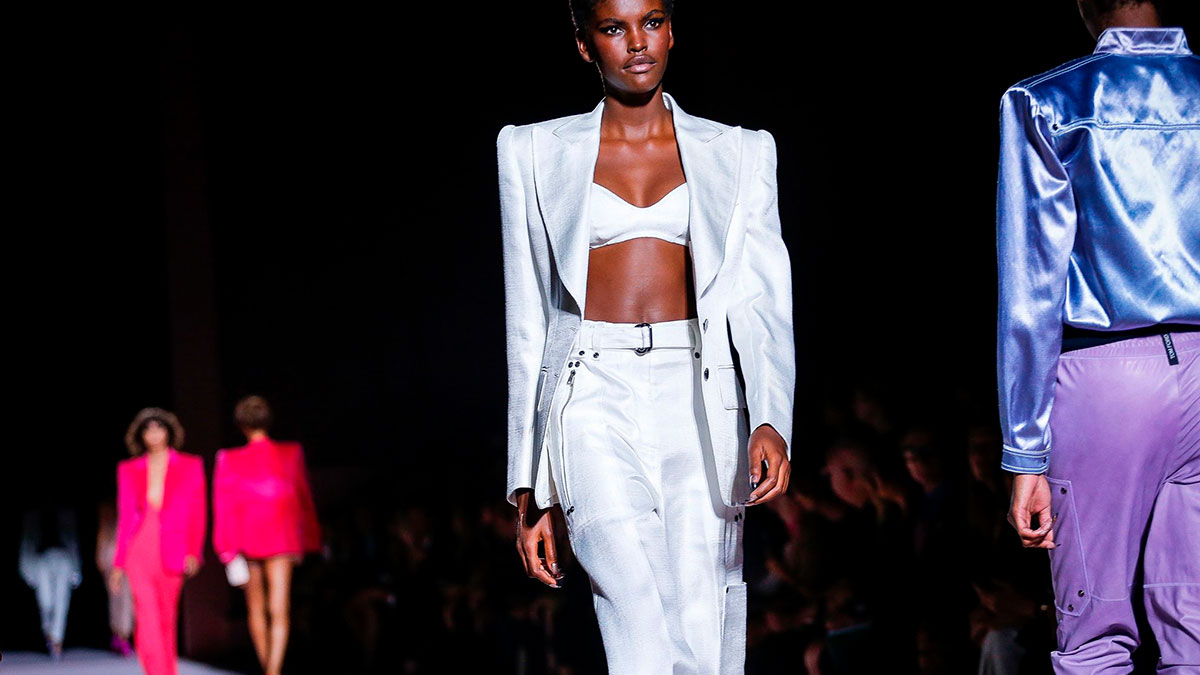 “You have to have consistency,” said Tom Ford, who kicked off this year’s Manhattan fashion season – although kicking would have been quite some task for models perched on stiletto heels and wearing nothing more under wide-shouldered jackets than rolled-up shorts or sparkling underpants.

“I plan to stay here now,” the designer continued. “Never say never - you can’t plan too much in the future. But yes, I need consistency, the brand needs consistency – and I will be in New York for the foreseeable future.”

Ford’s confident approach contrasted with the feeling of flight, as New York designers desert their home city in favour of showing in Paris. First to go were Monique Lhuillier, Proenza Schouler, and Rodarte, who all decided to present in Paris in July during haute couture.

But now the “Frexit” from USA to France is gaining momentum. Joseph Altuzarra and Thom Browne will show in the upcoming French ready-to-wear season, leaving a gap in New York shows. Tommy Hilfiger’s decision to show in London Fashion Week next week follows his move to Los Angeles last season.

Add to those movements the creative director replacements at Carolina Herrera and Oscar de la Renta, which make the New York season seem unsettled. Then there is the more general feeling of unease in the city as President Trump’s new, post-Obama attitude to immigration creates street demonstrations while vicious storms roaring through the Caribbean are causing unseasonable wild, wet weather in New York.

Against this background, out stepped Tom Ford, with his particular definition of power women, laced in sex in an ironic way. Hence the first gasp: a new fragrance called “Fucking Fabulous”.

A lack of confidence was not part of a show identified by the cool, louche attitude that the designer has played with since his resuscitation of Gucci in the 1990s. Even the designer’s days at Saint Laurent were revitalized, with the tuxedo jacket cut sharp and square at the shoulders, fitted to the body and married with his current obsession: sportswear.

There was plenty of well-honed body on show under the cut-away, almost-swimsuit tops, scooped down past bosoms to the midriff. The effect was sporty rather than sensual and often mannish, with more trousers or shorts than dresses with hemlines.

Lining up to be photographed at the entrance were Hollywood stars, led by Julianne Moore, who all made more of the draped and shaped evening gowns than the models on the runway.

In the show, the evening gowns seemed familiar, while the sporty looks, integral to fashion in LA, were more of the moment. There is a definite sense that Ford belongs more to the West Coast than New York – not because of the success of his movies, but because there is a lingering feel of parody in his shows.

The pink, lilac, yellow, and orange shades look like a Technicolour chorus line or destined for LA’s perpetual sunshine. And does the designer really believe in these pin-thin, killer heels in vivid colours? Or in the cinematic use of legs whether in trousers or the girly-meets-sporty shorts?

But Ford is not playing fashion designer alongside movie director. If he creates Nocturnal Animals for his fashion show, they wear genuine clothes destined for retail. He plans to focus now on shows in New York each season, as opposed to a more random approach of presenting wherever he feels is “hot”.

“It’s my first time in New York since last September – I did the whole See Now Buy Now exactly a year ago,” Ford said, admitting the general failure of that instant-gratification system.

Perhaps the designer’s greatest skill is not in the garment creation itself, but in the ability to bring to life a fashion mood board: the rough walls of the Park Avenue Armory building smoothed out by use of a theatrical scrim; the after-party pulsating to gotta-dance music; and food bites presented by bare-chested men in brief sporty shorts. You can be sure that Ford chose the waiters with as much attention as the models and the colours of the clothes. That’s where his sense of show biz and fashion business roll into one.