English version | Alma in the mirror

The world is full of cool girls, but few have as much coolness as Alma Jodorowsky, artist of a thousand trades and ambassador of one of the most prestigious French houses. Comme il faut. 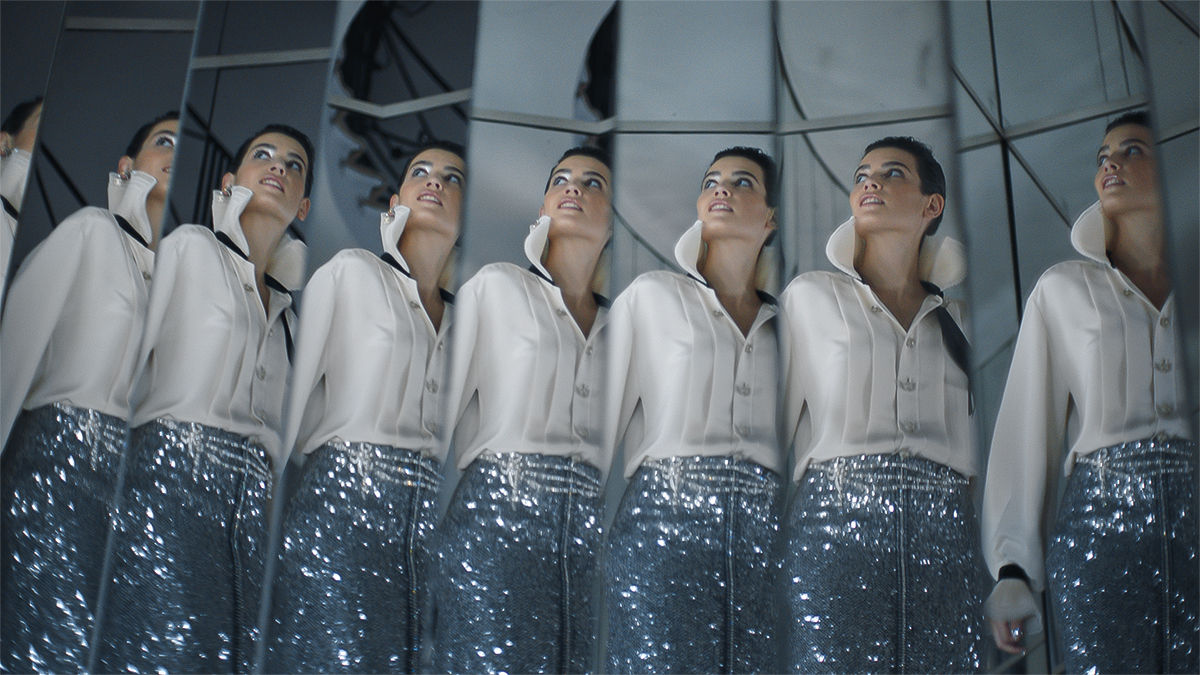 Hundreds of things will have happened in 2013 and yet few will have been as unifying as the drama La Vie D’Adèle, winner of the Palme d’Or at the Cannes Film Festival, which has won hearts across the globe. One of the secondary roles - Béatrice, the brief but unsettling distraction of the main character in an attempt to forget her impossible love - was played by a then stranger, Alma Jodorowsky.

In no time, the girl with full eyebrows and tousled hair (which she keeps to this day, an imperfect bob that is both a trademark and a declaration of intent) went from anonymity to a life at full speed. Formed at the historic Conservatoire National Supérieur de Musique et de Danse de Paris and at the prestigious New York Film Academy, Alma has long been behind the scenes of theater and television - her first role was precisely in a movie made for television film, in 2006. However, it was only in 2013 that the boom occurred. In the year that she exploded to the general public, Alma was selected by Karl Lagerfeld to be one of the personalities photographed in the project The Little Black Jacket, which ended up being a book. Shortly afterwards, she was appointed Chanel ambassador, a position she holds today.

The coup de foudre with Alma would be another sure bet for the Kaiser. The it girl, who resigns strongly to the epithet of it girl, appreciates Chanel’s style, heritage, and tradition. “It is a story of contrasts: comfort and elegance, masculine and feminine. These are clothes that allow you to be dynamic, and, deep down, that is what femininity means, to be able to move in your own clothes. A piece of clothing can strengthen us, reflect the way we want to present ourselves to the world, and I think that is the message that emerges from the Chanel spirit.”

Alma, who was once the lead singer of an indie rock band, recently made her debut as a director of documentaries and video clips. And she herself was the protagonist of the video that serves as a preview for the Métiers d’Art 2019/2020 collection, which hits stores in early July. Entitled Paris-31 Rue Cambon, from the famous Parisian street where Coco Chanel started working as a milliner and from where she expanded her empire, the presentation was a clear tribute to the codes, and to the founder, of the maison. Starting with the scenario, which is now replicated in the mini film to which Alma gives life: a set of mirrors that evokes the multiple personalities of the Chanel woman, in what appears to be the staircase of mademoiselle’s apartment. “Of all the shows I’ve been lucky enough to see, there’s a special soul to these ones. I visited the Métiers d’art ateliers just before the runway show, and I have a totally new view of the artisans as a result. There’s almost a religious aspect to its rhythm. With the lockdown, I’ve started embroidering. I first made an image inspired by the film Wings of Desire by Wim Wenders, with fantastical medieval animals… It actually made me want to do something manual.”

The confinement. Was it possible to escape it? In mid-april, Alma Jodorowsky shared a video on her Instagram account with the following caption: “On peut pas bronzer tranquile, merde.” The publication, whose duration did not exceed the usual 15 seconds, showed her at the window of an attic, trying to catch some rays of sun… until the glass ends up falling on her. It is this irony, this sarcasm, that makes Alma one of the most interesting women of the nouvelle Paris - a city where, by the way, she has been, with her boyfriend and her dog, a Shiba Inu, since the world stopped being a giant airport terminal and became reduced to the screen of a smartphone. What was she doing before this sudden change in our lives? “I was about to return to Bangkok for the last day of filming on The Serpent. I was literally at the airport when the production team called to say it had been cancelled. I was getting ready for my next film in April, which was set to be filmed in Sardinia, the first full-length movie by Polish director Agnieszka Woszczyńska, but obviously that’s been postponed as well.” Admittedly anxious, Alma confesses that she has been taking the last few months in a peaceful way. “I’ve been surprised how well I have put things into perspective and how relaxed I am regarding the speed of the world these days.” The world, precisely.

What does she think the world will look like after this epidemic is gone? “I hope and I think it will change human consciousness. But I don’t know if it will fundamentally change our society, our way of life, our way of consuming, our politics. I read a fascinating interview in Le Monde newspaper with two historians who specialise in epidemics. They said that we always have the impression it’s going to be a complete renaissance, but history shows how in fact things pick up where we left off and also that we forget about it pretty quickly.”