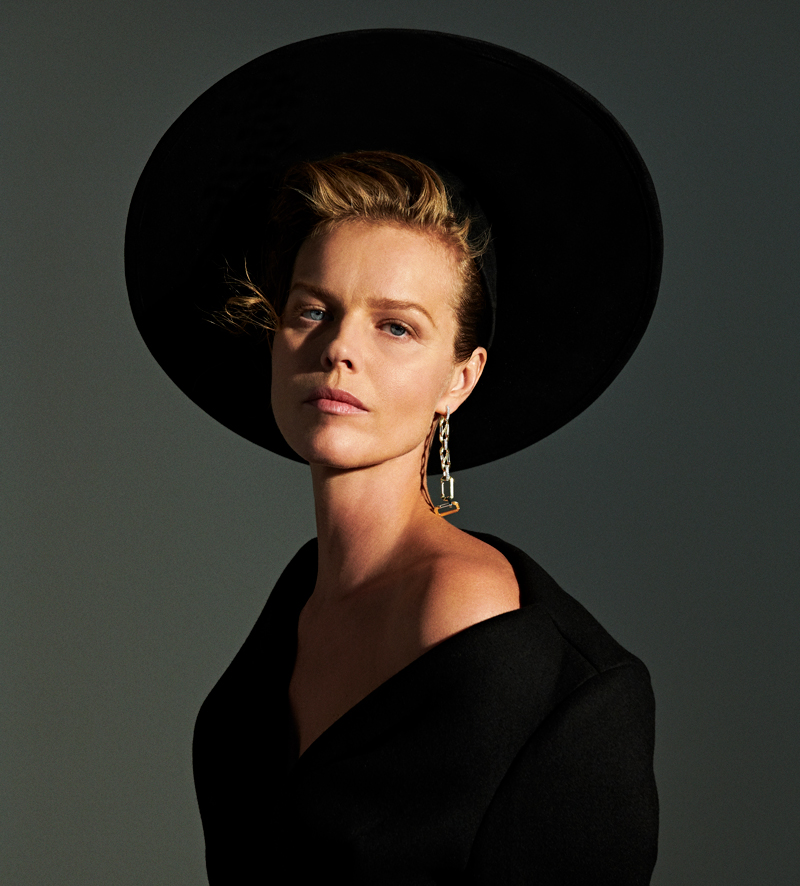 Eva Herzigova is not for what's after, is for what's always. Every time Eva gets one more (Vogue) cover, the term top model is reaffirmed. Every time that Eva, now 46, states that you can be timeless in this industry, she becomes relevant and current. Even if her first steps were taken in 1989, with her first campaign in 1994, and since then the pages (and covers) have multiplied without taking breaks, her relevance is, it still is, ratified. When Eva Herzigova adds Vogue Portugal to her list of conquest she is never Eva after. She is Eva always.

What does Vogue mean to you?
Vogue is fashion! I think 'In Vogue' literally means in fashion, like what is happening at the moment. In all senses Vogue represents what's happening culturally, creatively. Vogue is not just about fashion, about what people wear or what hair colour they have, it's more than that.

What Vogue edition around the world is your favourite and why?
I must say I love Vogue Czechoslovakia (CS). I’m very proud that my country has a Vogue edition and I think they have a very strong identity.

Can you select one iconic Vogue cover that was meaningful to you?
I would say probably the one that Peter Lindberg shot with all five supermodels at the time - Naomi Campbell, Linda Evangelista, Tatjana Simic, Christy Turlington and Cindy Crawford. Or the one that Patrick Demarchelier shot, I don’t know with how many models…There was like a ladder and the girls were like, all over… I think those images kind of stand out. It's more the group picture that projects the kind of message of women all together and that's really impactful and memorable.

Which photographer would you like to mention as the one you most like to work with, and why?
I've done a lot of Vogues with Helmut Newton and I think exposing that kind of image of women - which was sometimes misunderstood as if he was objectifying women - was actually always putting women in a very strong position, where the women are in control. The woman is the one who leads and that's the opposite of being an object. In a very particular way, yes, the images could be sexual. His images are punchy, they remain in your mind and that's why they are timeless, because they show us the power struggle in relations and they always put woman in the top of that struggle. 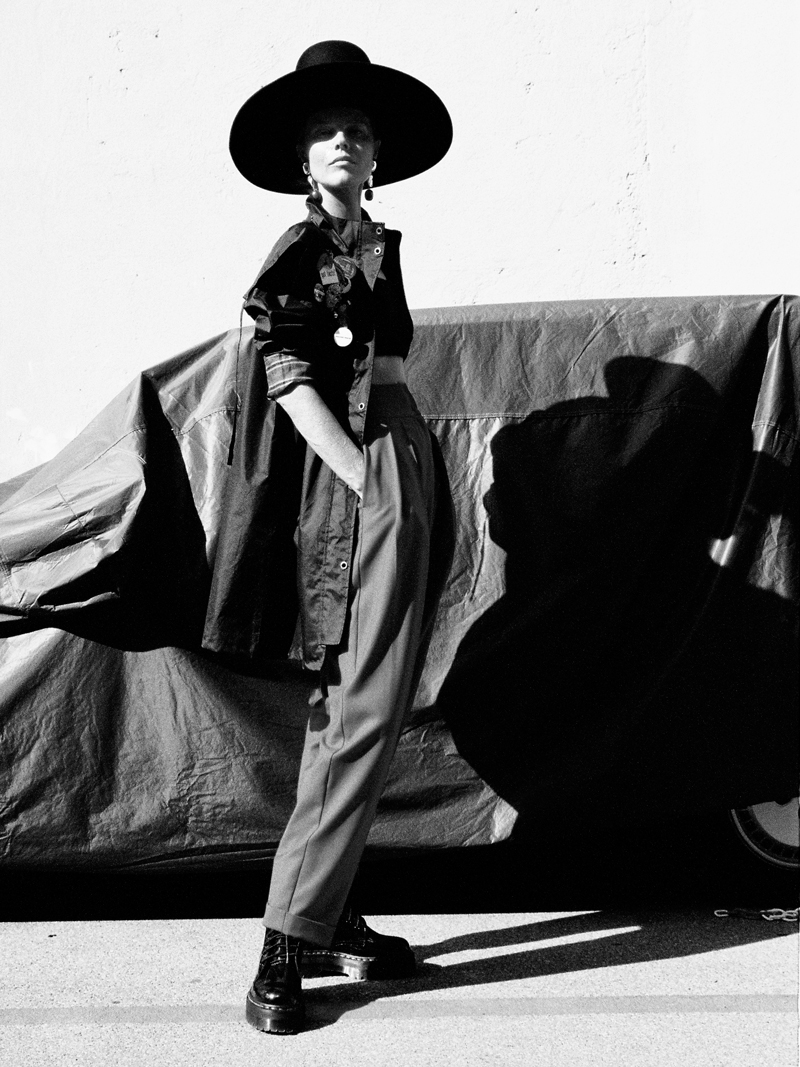 What are the most significant differences between now and when you started as a model? Do you think the same things are expected from young women or do you believe things have changed drastically?
Time has changed, obviously, thirty years went by. Today women have more legal protection, they have more rules, the young models have to be chaperoned. I think there's a more profound sense of protection for young girls today. On the other hand, today we see more inclusivity in all senses, there's no more that thing of rigid standards where you have to be a certain height, where you have to be a certain size, a certain type. So all that has changed. This inclusivity is a wonderful thing that is happening, it has opened doors to all the girls and to their dreams. Apart from that, I think it has opened up the eyes of society to see that beauty has other shapes and forms and I think that is the most beautiful message about it, because when people are standardized and believe that only one thing is beautiful, this makes other people feel less valued. Women now have more power, more strength, their voices are being heard. People now have more respect for our voice, we're being heard and valued, and considered. Women are being part of the world turning around.

Vogue Portugal's lattest September issue was all about sustainability. Are you sensitive to climate changes and to the plastic epidemic?
The whole world is. The world is obsessed with the planet. Once I became a mother it became something personal to me, this whole question. It's a movement, and everybody is talking about it. It's amazing how the new generation is making it on their one, and they're making it very personal. I only made it personal when I had children because I was thinking about their future. I somehow wasn't thinking about it when I was a teenager. So this generation is inspiring, i's amazing what they're doing for the world. Greta Thunberg is such a good example, how she achieved an awareness, taking action on the changes that are needed in the world, and challenging the companies, challenging fashion, that is one of the worst and most polluting industries in the planet. I'm not Greta Thunberg, but I'm fighting this problem my own way. We do recycling, I teach my children about fairness, ethical work practices, about water saving. Because this is all, mostly, about education, but it’s also about the food, the carbon footprint, eating meat, we try to eat vegetarian four times a week, and they are becoming very attuned to what’s good and what’s not good for them and for the planet.

How do you consume fashion? Do you buy a lot by impulse or do you have some self control?
I am very consistent in that sense. You can call it maybe classic or elegant clothing, but I have the black sweater, and I have the grey jacket, and I have the white blouse. I really don't shop that much. And when I shop I really do spend the extra money on the quality, on things that actually do last. And I think that is also a way of sustainability. Sustainable doesn't only mean ecological consciousness. It's also investing in things that last forever, that you don't have to spend more money on, and not take part in the throw away tendency. Today people buy ten t-shirts, and they buy dresses non stop, I don't like that. I have shirts I bought ages ago, and I always like good fabrics.

"I believe beauty really comes from inside." 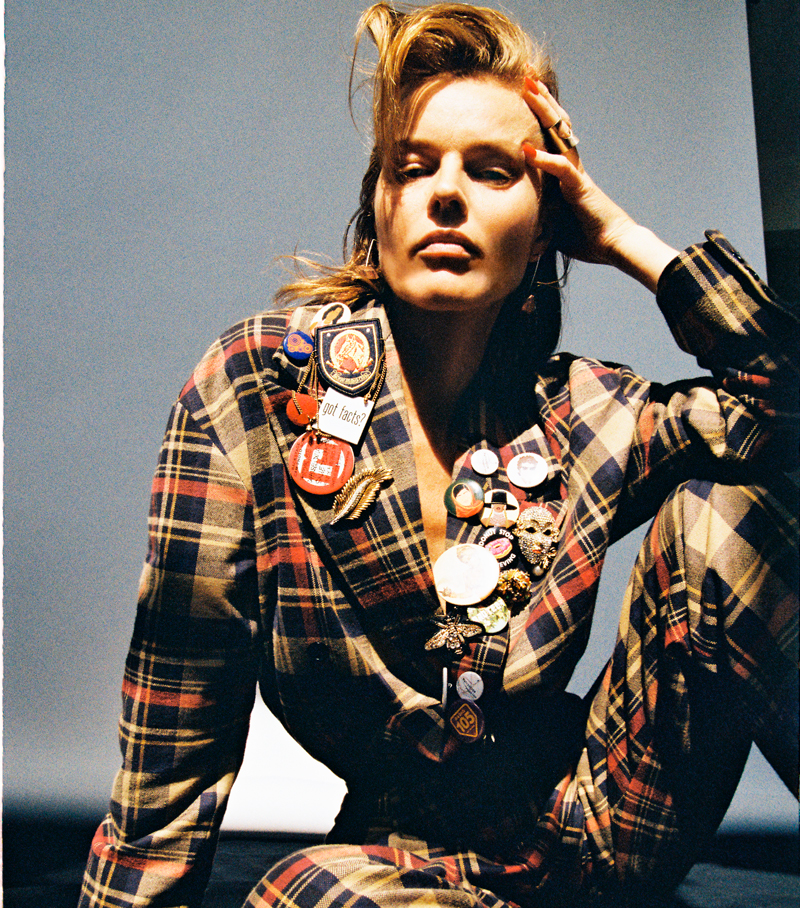 Let's talk about Brexit. You lived in England. How do you see the exit of the United Kingdom from the UE?
I get why people voted for Brexit. I have lots of British friends and I understand their argument, that the European Parliament has to change, and I agree with that. But I don't think they were given the right information, nobody was given the right information about what Brexit meant, and what its consequences were. Not even the voting rules have been properly established. They have decided on Brexit when the country was totally divided. Now it's a mess, it's a joke, they're not getting anywhere and it's just tearing the country down, and the economy. We have moved in part because of Brexit, because it has brought a lot of aggressivity in London, little crimes. Brexit should not be looked at lightly and I hope it will get resolved. I don't have the answers, it's a big mess. I believe people should build together, not separated or with their own walls. We are stronger when we are together but, as I said, the European Parliament must be refreshed, so I understand the British people when they voted for Brexit. But it doesn’t work.

You are 46 years old and you are a very beautiful woman, obviously. But do you feel any pressure about your age or about getting old?
No, not in that way. I feel like I have accomplished plenty for my age and I'm quite humble, in a way, for what I've accomplished in such short time. I embrace change. I think change gives you a chance to see the seeds we planted ages ago, to see what they have become. And I look at that in a sense of being able to watch. I don't see numbers or age in a sense of skin issues or aging issues. That's just part of it, so why would you fight it? It's something that is just natural, and I love being natural, I love nature and trying to fix that would be like going against the process. You can look after yourself, but when you are happy, when you are at peace and you are calm you project life, and you project happiness, and you project beauty. I believe beauty really comes from inside. With age I accomplished confidence, and in today's world where women are starting to be accepted for who they are I feel even better, because I am who I am, and I'm not being judged for my age or for my path. I don't look at myself in a melancholic way. I am Eva, I'm not a reference of the past. I know I have that path but I believe that I am relevant today. And that is something that brings me joy.

What’s your next big dream?
I would love to go on holydays with my mom and dad! I haven’t done that in a while. (Laughs) 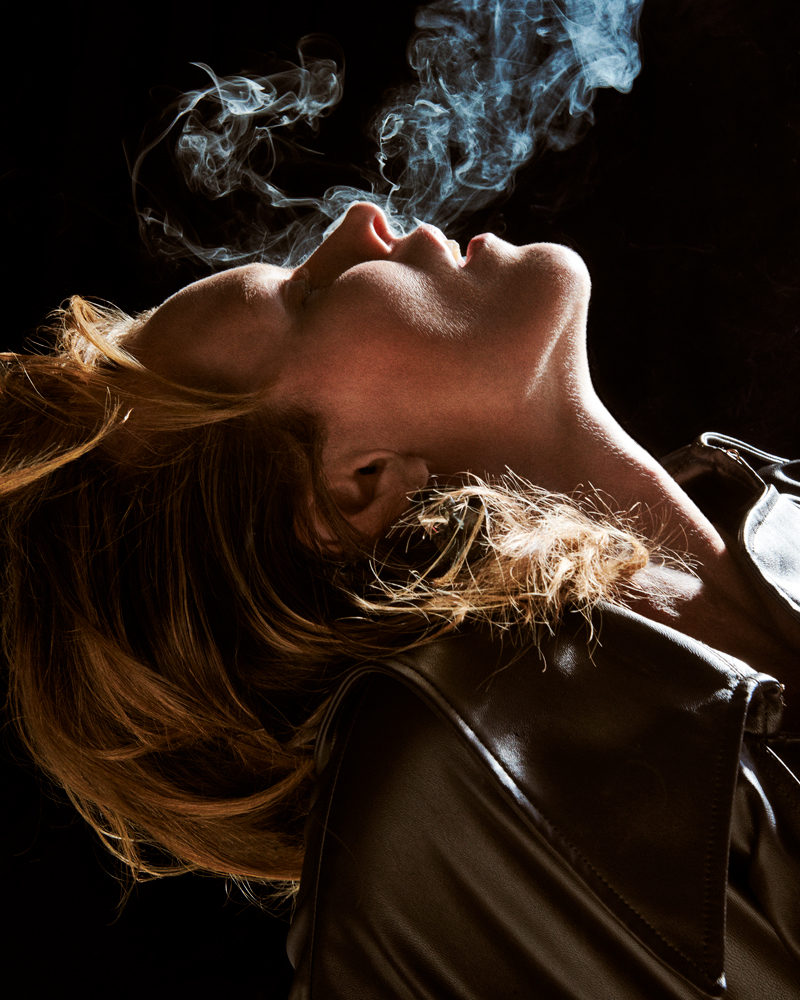 What do you think is the most important thing for a young model to know before he/she starts to work in the industry?
Talking about family, not everyone has a good grounding family with strong values. I think values are the most important thing. I think you need to establish those before you get into an industry that is based on other people's opinions. Because this industry is based on other people's likeness.

Vogue Portugal is celebrating its 17th birthday. What wish would you make for Vogue Portugal in the next 17 years?
Wow that’s amazing, that’s so cool. Amazing! 17 years, happy birthday! Maybe I'll be on the cover ofVogue Portugal again, in 17 years, who knows. (Laughs) I wish you push through those little voices, those inner voices and you speak from your heart. I hope you can project your creativity, and cultivate your backgrounds and your own domestic context. This is about your country, so put it out there and be proud.

Have you ever been to Portugal? What do you know about the country?
I've been to Portugal ages ago, in the seaside. Everybody talks about the Atlantic coast and I have three boys and they love to surf and I heard that Portugal has amazing surf going on, so hopefully we'll go soon, we've been planning it for three years, hopefully we will go next year.

Our fashion story with Eva Herzigova can be seen in the October issue of Vogue Portugal, on newsstands now.

We ship abroad. If you wish to order your copy of Vogue Portugal's issue, please write an e-mail to assinaturas@light-house.pt, stating which issue and cover star you'd like to receive. We will advise you on shipping costs.