And life is yellow. At least to the innumerable characters that make up the imaginary realm of people of all ages. Who are these yellow characters that invade our fantasies and why are they this color? 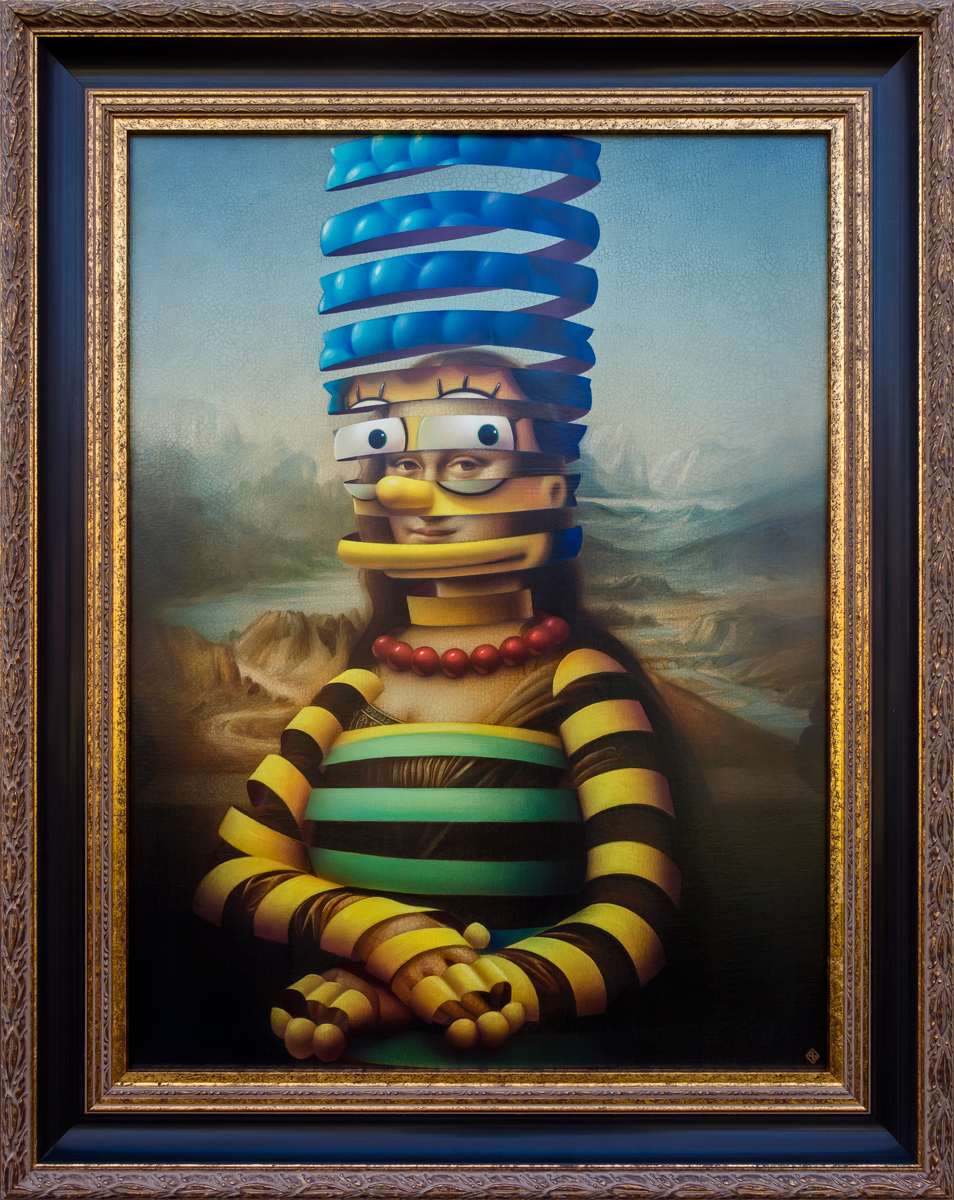 It is perhaps pointless to try to determine what color the breath of life is, that which animates us and which we call soul. Since when does the soul have color? This conversation has neither head nor tail - unless we deftly move it into fantasy territory. Soul, the word, in Portuguese that is, has its etymological origin in the Latin anima, which means breath or breeze (and thus justifies the commonplace - a very nice commonplace, by the way - "breath of life" that is used at the beginning of the text). If the gods, or a single god, or the energy of the universe, or another unthinkable agent at the service of biology and of any indiscernible force of the cosmos, breathed into humans the life they temporarily enjoy, humans themselves, boasting illusions of being divinities themselves, decided to animate things too. Among these, and the only one that interests us now, are the cartoons, materialized fantasies that move before our eyes and that enchant, involve, and seduce us, making us laugh and feel things. This legitimizes the question: what color is the breath of life with which we animate a drawing? There is no single color for these animated beings, but there is one color that stands out among the rest: we have no doubt about the color of the spirit that inhabits and makes moves, for example, Bart Simpson - it is yellow, and a very bright shade at that.

People who are experts in explaining why yellow is used in animated puppets on television tell us that the choice of yellow to bring the drawings to life is due to a kind of subliminal sensory manipulation. Apparently, the human eye is sensitive to yellow - there are those who guarantee, among these experts, that yellow is even resistant to color blindness, which shows the power of the hue. Who says the human eye, says the breath that animates us: yellow is a charm for the soul, suggesting, for example, the sun, warmth, and joy; it stimulates our intellect and stirs our energy (some assure us that yellow is the color of energy). "Yellow generates muscle energy," one reads, not without some suspicion, on the TV Overmind website. "Yellow is often associated with food," the same site adds. Omelets aside, the truth is that - and here we believe the experts - yellow characters are much more likely to sustain positive feelings and thoughts. One could say, therefore, that yellow is also the color of grace. Some people propose a more technical and possibly less exciting explanation. It has to do with the color spectrum and, in particular, with the way this spectrum is presented on a television screen. According to experts, we found all over the Internet, that the color spectrum differs from television to the real world. In the latter, the color that brings out yellow would be purple; in the television world, the contrasting color that brings out yellow is - and the conclusion is not at all surprising - blue. Since blue is a color with abundant presence in cartoon settings - in the sky, in the sea, on the roads, etc. -, yellow benefits and becomes highly noticeable to the human eye. This explains why so many puppets have a yellow complexion: it is a mixture of subliminal manipulation of our emotions with the technical and scientifically proven advantage of being noticed in a given context.
The list of animated characters whose skin is yellow, or whose appearance is remotely yellow, is long: from Tweety to Winnie the Poo, from the Mayan Bee to the Minions, from Mighty Mouse to Wolverine (the superhero formerly known as Wolfram), from Cow and Chicken to Pikachu, SpongeBob, Charlie Brown or Wubbzy, there are many yellow beings that seduce us on the small screen. But one creator, in particular, has taken the importance of yellow and the energy that emanates from this color in animation very seriously: Matt Groening, the creator of The Simpsons. The animated series about America's most beloved family, which has been delighting viewers since the late 1980s, was the first to be conceived in chromatic terms from the notions of perception. Groening wanted, by yellowing all the protagonists and other characters, to differentiate - and, if today the trend that marks currents is that of differentiated things, in that distant time being differentiated was really original - his creation from other animated series that contained characters of all colors. Apparently, when you changed channels, if you passed the Simpsons you immediately knew that it was The Simpsons that was on: once again, the distinctive yellow that was painted on the skin of (almost) all the characters held in the viewer's memory the image of the Springfield puppets - as opposed to the generality of cartoons that painted themselves in various colors.

It would be almost unanimous to elect The Simpsons as the best and most entertaining yellow animation in the history of television, or at least in Western television. The whimsical stories and escapades of the Simpson family, as well as those of their neighbors and colleagues at school, at work, and at Moe's bar, have delighted and continue to delight teenagers (and many adults) with their surprising humor, often bordering on the absurd, sometimes blatantly over the line where we try to separate the real from the surreal in everyday life (not always successfully). It is very difficult to choose just one character from this complex and uncomplicated caricature portrait of an America with its stereotypes stretched and distorted. To understand the scope of this American caricature, we can start with the place where it all happens, Springfield. In the United States of America, there are 34 towns with this name. How many Homers and Barts are there in this indistinct, conventional, repeatable America? And how many Ned Flanders, how many Nelson, and how many Mr. Burns and his Smithers? Not even the psychopaths - Sideshow Bob - escape this funny and biting X-ray of the United States that has been delighting its fans for 35 years, when it debuted in a different format, on The Tracey Ullman Show, in 1987. In 1989, Matt Groening's extraordinary creation would gain regular series status as an animated sitcom. Today, The Simpsons have 33 seasons and is the longest-running animated series ever on American television.
It turns out that the yellow life of animation is not made up only of the Simpsons. What about SpongeBob? What about Pikachu? What about Tweety, what about the Minions, what about Wolverine? If we had to choose one creation to take second place to the best yellow animation on TV, we would have a big problem. It is not easy to decide between SpongeBob, the Minions, and Pikachu. What happens at Bikini Bottom - the oceanic rift where SpongeBob and his entire community live - is inspired by series creator Stephen Hillenburg's passion for marine life. Hillenburg was a marine biologist before he dedicated himself to animation, and sometime before the final format of the TV series, he conceived an educational book called The Intertidal Zone, in which Bob the Sponge was the protagonist. It is precisely this yellow sea sponge that stars SpongeBob SquarePants. In the series, SpongeBob is a very funny, clumsy, and childish character. The Minions, on the other hand, are a delightful invention conceived to fill the movie Despicable Me with fun, and which ended up taking on a life of their own and going their own way, with or without Gru. With these minions - described as "yellow multi-celled creatures that have existed since the beginning of time" - it is impossible to be moody: they are the most chaotic, clumsy, clumsy again chaotic, disorganized, brainless, and unstoppable creatures in all of the animation - if this were a competition, second place would probably go to them. Finally, we have Pikachu, the most celebrated and desired and adored of the Pokémon universe. Born in Japan in 1996, Pikachu was initially a secondary character, back in the days when Pokémon was a computer game. It was in the television series adaptation that its creators realized Pikachu's real potential and made him the production's mascot. Pikachu's main characteristics - besides his obvious yellow color - are that he is a mouse (only extremely cute) and that he does not communicate in words: he simply repeats the syllables of his name with different intonations, thus increasing his degree of cuteness (some, however, disagree and find him annoying, which is not unreasonable either). Of course, the choice of the best characters and creations, namely the yellow ones, will always be subjective. Simba from The Lion King is an extraordinary animated figure, as are the classics Top Cat or Mighty Mouse, Flounder from The Little Mermaid, Jake the Dog, or Pluto himself from the Disney universe. But the Simpsons are the Simpsons. In an ideal, yellow animated world, we will always have Springfield.

Translated from the original on The Sunny Vibes Issue, from Vogue Portugal, published July 2022.
Full stories and credits on the print issue.