Or in the general principles of villainess or wickedness. In an enchanted world filled with princes and princesses, we need to pay attention to the antagonists, because without villains these stories would not exist, they would make no sense. But the villains aren’t all the same, but there is a pattern that defines their personalities and behavior. Some, perhaps, aren’t all that bad. Sometimes it depends on the perspective of the storyteller. 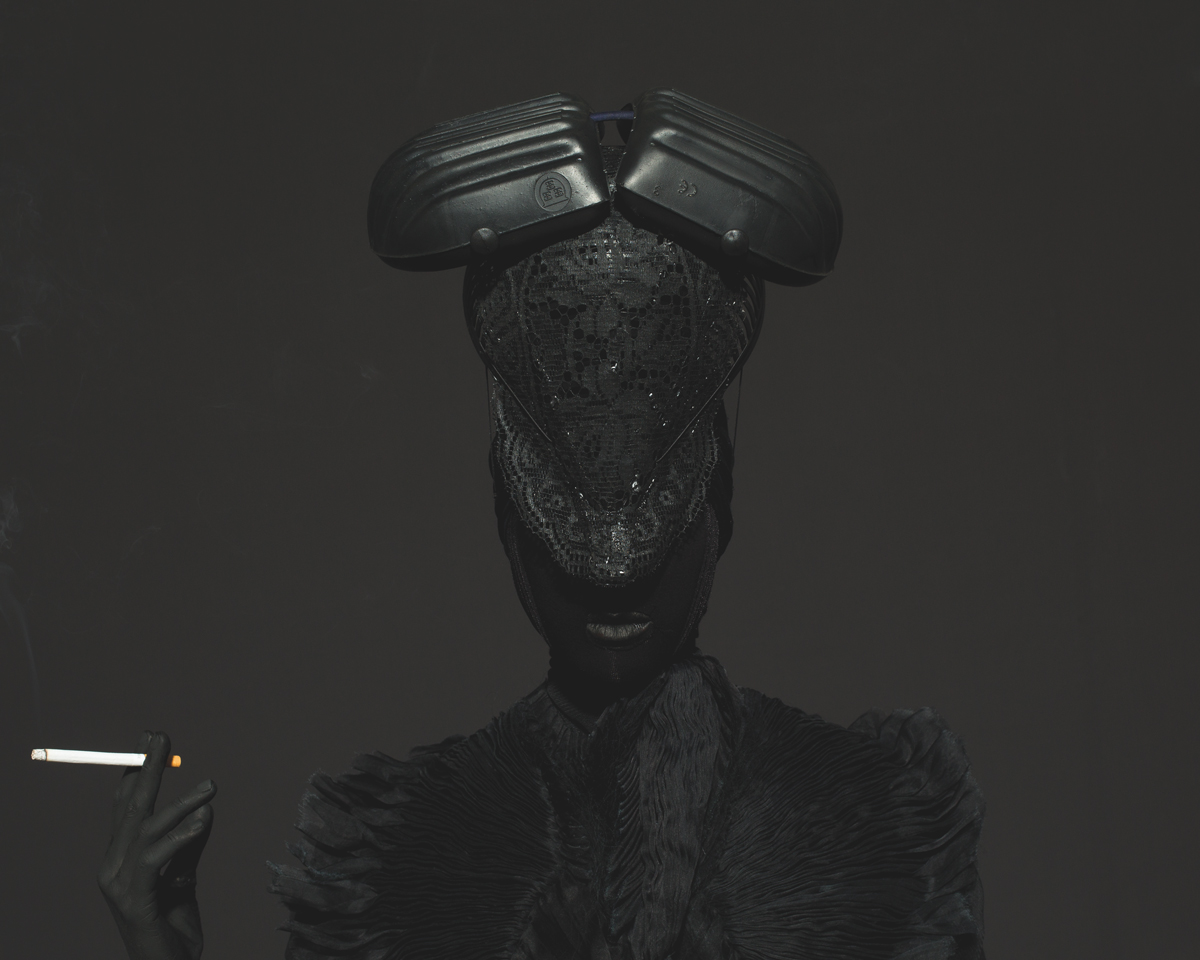 When David Larusso gives that weird kick in the nose of Johnny Lawrence, in the epic finale of Karate Kid, the audience cheers over the mundane and embellished version of what is commonly known as “the triumph of Good over Evil.” In this case, the good guys won over the bad ones, and the weak and oppressed beat the powerful oppressors. In a nutshell, the improbable heroes humiliated the opulent villains. The distracted audience’s delight, and their satisfaction are fed by the most populist fuel there is — the myth that “Good will triumph”, as if the good guys were chosen by some god and, for the mere fact of being good, they can humiliate and smash the ones that aren’t — stops us from seeing what is clear if we were to look at the story through its most basic elements, that were hiding in plain sight but that, as if by magic, escaped all of our perceptions: Daniel-san broke the nose of a guy who, about an hour earlier, had the stole the girlfriend of. And still, Johnny is supposed to be the villain? Oh, how a sense of morality is only applied to others. Between us, I conclude we are, in general, bad people. We viscerally condemned the evil doings and humiliations that Johnny and his friends put Daniel through, but we victoriously relish the humiliations Daniel inflicted upon Johnny — from this we can conclude that we have no problem with the humiliation some human beings are subject to we are essentially very selective sentimental moralists. Karate Kid is not a fairytale, but it could be since it contains a lot of ingredients that make these tales be fairy-like. In the absence of magic, we have the spiritual lessons of Mr. Myiagi when he puts Daniel-san washing his car — a moment that teaches him the aforementioned final kick, a kind of magic trick that must be used only in extreme scenarios. In the absence of dragons, there’s Cobra Kai’s kimonos, the dojo where evil individuals come out of, which definitely tracks. While there are no princesses, we do have Ali Mills, played by Elisabeth Shue in the peek of her youth’s sweetness, that ends up succumbing to Daniel’s charm, a sort fo irresistible prince.

When it comes to fairy tales, stories don’t really differ from what we find in Karate Kid. The detection of good and bad guys is not exactly hard, resorting to stereotyped characteristics that automatically symbolize antagonistic characters. A bad guy mustn’t be pretty, a good guy can be ugly, but surely, underneath it, there’s a form of beauty to unveil. Beauty always represents the Good. People with good hearts, cheer up: sooner or later, those moles on your nose, that cellulite on your thighs, and those wrinkles on your neck will all disappear and you’ll replenish in beauty. If that doesn’t end up happening, look inward, it’s probably your fault. Remember, only bad people are ugly. Even when they’re not exactly ugly, like Snow White’s Evil Queen — I’m sorry but that sexy, kind of gothic look is far more attractive than the bland beauty of the protagonist — they’re shrouded in an aura of unhappiness and resentment: unable to smile or wear bright clothes, The villains present themselves to the world in an unmistakably evil way by their unpleasantness, causing discomfort among children's audiences, except perhaps in cases where the inclination toward the gothic is precocious. The aforementioned definition of fairy tale villains is not limited to their image and often begins with their name. The Evil Queen, for example, is not really called Evil. There are those who claim that she was called Grimilde - which is, by any standard, a bad name — and there are those who argue that she was also called Ingrid — which, while softer when it comes to latent evil, is not exactly an astonishing name. However, the world prefers to call her the Evil Queen, or, in a more sophisticated version, The Evil Queen. In the story of Little Red Riding Hood, the villain has no right to any other name besides Bad Wolf, without a chance for an appeal.

Let us linger on this character, however, to analyze his profile and personality. Note that this is a wolf, a wild animal, a carnivorous predator that spends most of its time starving. No, a wolf’s life is not easy. And yet, Bad Wolf is clever (albeit somewhat crude and benefiting from the protagonist's extreme naivety), a property that is widely associated with another type of canid, the fox. But this wolf is not at all bad at the art of thinking. He is calculating - calculating enough to the point of eating Granny's gnawing of hard meat and bones full of osteoporosis only to later delight in the pink freshness of Little Riding Hood's tender flesh, who not even in front of such big eyes, hands, nose, ears, and teeth could anticipate that the one standing there was not Granny in metamorphosis, but rather a wild and cunning animal that crawled into bed to eat her (I didn't write the story, don't look at me like that).

The Evil Queen, however, Snow White's stepmother, is a woman without a conscience or a sense of the ridiculous, whose motive for being unbearably cruel is as superficial as storytellers have ever managed to invent. Accustomed to being the most beautiful of all, she relies on her enchanted mirror so that it often confirms her expectation. On the day Snow White turns 17 and becomes, in the eyes of the mirror, eligible to be beautiful, her stepmother bitterly receives the news that she has been surpassed in terms of beauty. Then she decides, gnawed by the deepest envy, that this cannot continue. She tries everything she can to end Snow White's life, starting by hiring a hunter to kill her, demanding that the poor man brings her the young girl's heart. The hunter, humane and scrupulous, does not succeed in killing Snow White: he kills a deer instead and takes the animal's heart to the wicked Evil Queen. The latter, not satisfied with the atrocity of having had her stepdaughter killed, roasts the heart and eats it, believing it to be Snow White's real organ. So we have a villain who, for reasons as superficial as not being "the most beautiful", has a teenage girl killed and decides to embrace cannibalism because of what a mirror on her wall has told her. All super normal here. Surely, Snow White's father will have seen in that lady what no one else saw. Very similar to the Evil Queen in Snow White is the wicked fairy in Sleeping Beauty. In her case, however, the reason for her revenge is less frivolous than the one that led the Evil Queen to lose her head and fearlessly throw herself into the arms of anthropophagy. This former fairy lost her wings and common sense when, as a young girl, the love of her life left her for another - as is so well explained in the updated version of The Sleeping Beauty, Disney’s Maleficent movie, starring Angelina Jolie, in which the origin of the evilness of this evil sorceress is shown. It was a very deep heartbreak of love that awakened her most evil instincts - the woman she was preferred over as a young girl was precisely Aurora's mother, the sleeping beauty, and so she decided to take revenge. Who can be rational in the face of great heartbreak? Maleficent is particularly human for a former fairy - "there is evil, and hatred, and revenge in this world," says Angelina Jolie calmly in her most evil voice as she explains to Aurora why everything will go wrong (before it goes right, according to the parameters of those who root for the good guys). The Maleficent fairy also has characteristics that go far beyond the rudimentary expedients of other villains who aim to deceive, mislead, or simply annihilate their targets. This dark sorceress is endowed with great patience and greater cruelty. Having been poorly welcomed in the King's palace (let us remember that the King was once the love of her life), because they couldn't find another gold platter for her to sit at the table with the other seven fairies, Maleficent devised a plan as ingenious and brilliant as it was insidious. She cast a spell that would cause Aurora to die when she turned 16 after pricking herself on a spindle. Sixteen years: a time interval large enough for everyone to forget the spell, a number of days long enough for the baby's parents to develop a love capable of tearing them apart on the day she died. If revenge is a dish best served cold, then perhaps Maleficent's is the ultimate exponent of that art. We are speaking now of insidious plans after having spoken earlier of cannibalism, which makes it only fair that we stop at the magnificent witch in Hansel and Gretel, an avid seducer and child eater.

Long story short, the siblings Hansel and Gretel get lost in the woods for a while and get hungry. They find a hut full of candy and are lured there by an old lady who is actually a witch. This witch is going to trap them and feed them with great abundance. What for? To make them fat. What for? To then roast and eat them. Next to the witch in this fairy tale, Cinderella's stepmother is just a lady with a bad temper. It is curious to note that the traits that define female villains tend to be different from those that stand out in villains. In fairy tales, female evil is almost always endowed with cunning and ingenuity, the villain is most often insidious and calculating, while male evil figures tend to be crude and not particularly clever - take the giant in John and the Beanstalk, for example, or the Big Bad Wolf in The Three Little Pigs, or, in a slightly different register, Shere Khan in The Jungle Book: all are brutes and none are brilliant, even though the tiger created by Rudyard Kipling aims to master cunning. One gets the impression that in fairy tales the male figure is evil because he lacks intelligence, while with the female figure the opposite occurs: evilness is born precisely from the power of intellect. Perhaps Karate Kid deserved a spin-off that explored the character of Ali Mill. That little brat.