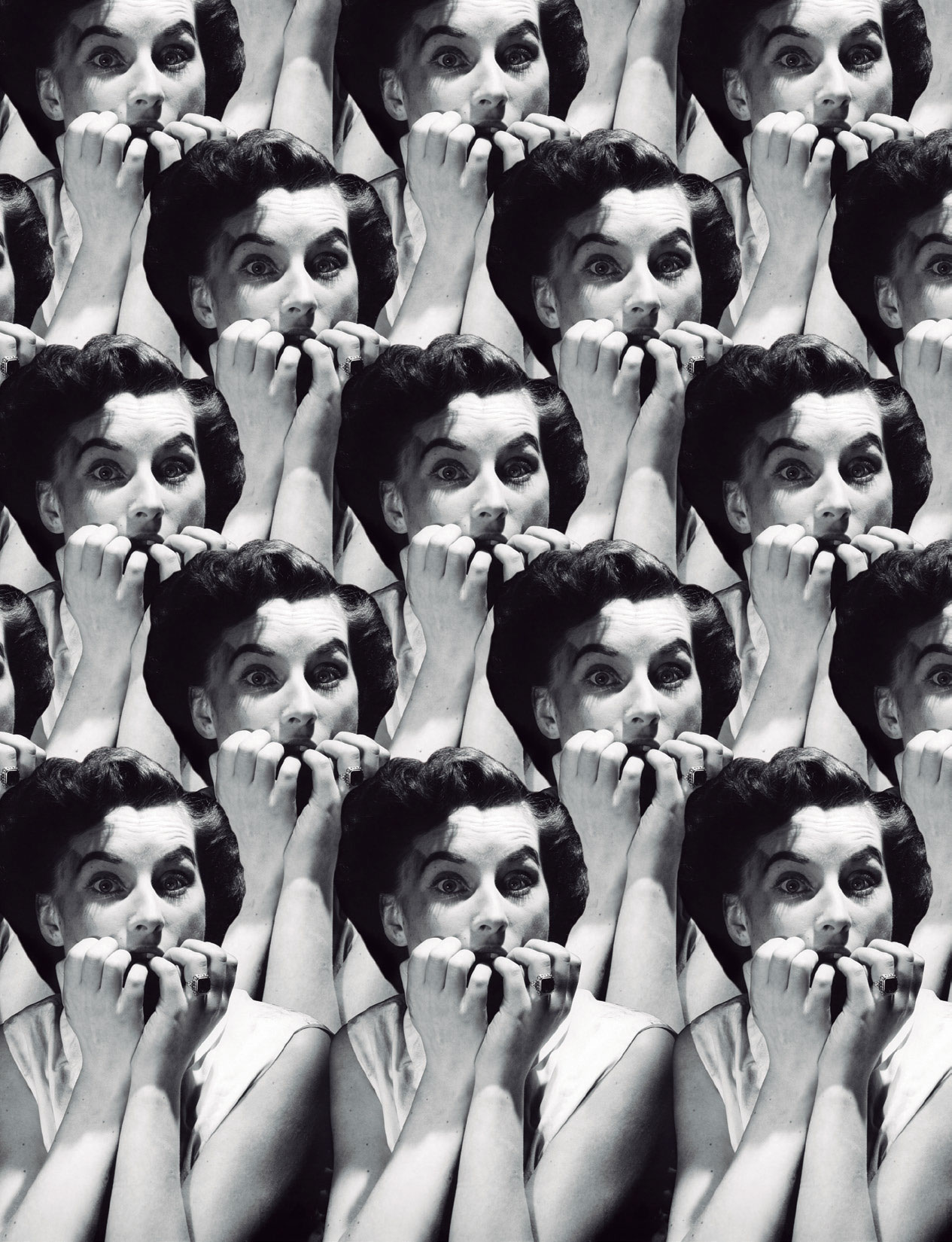 "She has a great education, a great life, there is no stress at home, why is she like this?" It was the question that a worried couple of parents asked the tricologist Ricardo Vila Nova, when they took their daughter to the clinic in the center of Lisbon. The girl's lack of hair had, after all, an explanation: trichotillomania, a disturbance in the spectrum of disorders obsessive-compulsive, which is characterized by repetitive hair pulling or hair from different parts of the body. "The most difficult factor was that the parents were in denial of the condition. But it was obvious," explains the doctor. "Immediately, people ask themselves: 'There's nothing to do with our lifestyle or what we provide in terms of education and living at home. Why is she like this?’” Made aware by the doctor, the parents “started to monitor and ask at the daycare center to see how was the child’s pillow after sleeping. And it turned out that, for example, at nap time there was a lot of hair on the pillow, which led to believe that the hair pulling happened during the process of falling asleep. It ends up being a haven of comfort, even if self-destructive”, explains Ricardo.

The case described above is not the rule, but rather the exception for those who suffer from this type of disorder. It is estimated that 1 to 4% of the world population suffers from trichotillomania, but silence still dominates, especially on the part of those who suffer, who often feel isolated in suffering and shame. It was only in 2018 that Sara Sampaio shared for the first time that she suffered from the disorder that causes her to pluck her hair from her eyebrows. Messages poured in from people who shared the same struggle and anguish. And with that, the subject gained some (let's face it, a lot) visibility. Still, “there is a denial of the condition, because people are not always aware of what they are doing”, explains the tricologist. “People often come to me with a diffuse area and then try to figure out what happened. And sometimes it is only after talking a lot that we realize together that the person pulls his own hair. But I don't ask that directly [...]. It is delicate, we have to reach that conclusion slowly. And people don't always assume it,” he notes.

From trichotillomania to onychophagy (biting your nails) or skin picking (having your nail in your skin until you make a wound, remove a crust, or literally skin picking), the area of ​​impulse control disorders is not unfamiliar to Eva Francisco Pinheiro, psychologist, who has dealt with patients with these disorders. From her experience, “the important thing is that there is always a combined treatment, between pharmacological therapy, in which antidepressants are usually prescribed, and psychotherapy, which will increase behavior awareness, especially when they are automatic processes, will identify what kind of stimuli are trigger stimuli, or competent stimuli to trigger that type of behavior, and will perform adaptive substitutions, that is, it will replace the behavior of skin picking, onychophagia or hair pulling, with another type of twitch that is more socially accepted”. But changing behaviors is easier in theory than in practice, mainly because the same formula does not apply to everyone. “For example, [in case of biting your nails] if there is an oral fixation, you can be asked to use a chewing gum to keep your focus on oral fixation. But it is something that will depend a lot from patient to patient. I have a very serious case at this time of onychophagy when I tried the chewing gum and it didn't work. Because it is not a habit rooted in that family to use chewing gum. So, we ended up doing something more physical, which is using latex gloves, in situations where it was possible, of course. At school it was unbearable, but as he [the patient] bitten his nails more while watching TV, at home, which is not even a stressful environment, we managed to use latex gloves. These are substitutions that we make according to the patients and that depend a lot on the patient's history, routines, habits...”

For trichologist Ricardo Vila Nova, the strategy for patients suffering from trichotillomania is similar. “We have to find ways to divert attention, create friction around areas where people pick up, like wearing a cap, or changing hair texture. If the hair is greasier, or with a product that smells or even tastes, it stays on the fingers. It is as if we applied those varnishes that taste bad, on the nails, to lose the habit of biting them. The goal is to try to divert the brain elsewhere. What we recommend is to replace the act of using your hand directly to pick your hair, because it is often an unconscious act, it is exactly like chewing a gum, or when we are more irritated or nervous pulling a cigarette and smoking, it is a habit that leads us to doing that and that is almost unconscious. If we create friction in the middle, [it] makes it difficult or reminds us that we are going to do something that is not beneficial. We have to discipline the brain accordingly. It is a little difficult because it is a twitch that gives us comfort”, he admits.

It just takes a trip down memory lane and you will notice how many people do we meet throughout our life who bite their nails in order to believe that, although frequent, the habit is more often seen only as unsightly rather than worrying. “Even the mental health technicians themselves devalue the part of onychophagy”, confesses Eva Pinheiro about a behavior “that is not normal, but that is recurrent.” “In the case of skin picking and trichotillomania, it is more difficult to devalue, especially trichotillomania, because people often show up with bald spots, and then the disorder and body perception are so affected that it is considered that there is a disorder to this person and that it has to be treated. Onychophagy and skin picking can be more devalued in this field of study and are considered nervous twitches of less importance, and which cause discomfort in the patient as well, even though this discomfort may not be verbalized. Especially because we are discussing disturbances that appear on average between nine and 13 years old. Although there is another focus, which happens in pre-school, the main focus is mainly between nine and 13 years old.” And they don't always end there. The psychologist says that “these types of symptoms are often predictors of other disorders in the future. A later onset of this type of symptoms is a predictor that could possibly develop a depressive or anxiety disorder.”

With research pointing to more women suffering from trichotillomania disorder, with the scalp being the most affected area of​​the body (80%), followed by eyelashes (47%), eyebrows (43%), pubic region (23%), extremities (15%), armpits (6%) and abdomen (4%), psychologist Eva Francisco Pinheiro asks for caution when looking at this conclusion that puts the females in the majority. “We cannot look at these values ​​as absolute values, since women tend to look more to the dermatologist in matters of skin picking, trichotillomania, while in men there is greater devaluation of the problem, and there are other ways to get around it, for example scalp trichotillomania is easy to get around by shaving the hair. And it is rare for a woman to shave her hair because of that. And, therefore, as there are more requests for help from women, it is normal for more women to be identified as having this type of impulse control disorder.”

Although all these behaviors are moments of escape in search of comfort, the effect is self-destructive, that is a common belief between professionals. Self-esteem does not come out unscathed. “The impact is extremely significant, and although these obsessions are not triggered by concerns about appearance, the concern with appearance arises from this type of behavior, because there is a great shame, an attempt to hide, to attribute to other causes, like alopecia, for example”, explains the psychologist. “Hair is very much associated, both in men and women, with a vision of self-concept and with strong hair, which is the opposite of what ends up happening, because the hair becomes weaker. In terms of self-concept it starts to influence a lot, it starts to influence the social relationships of people who feel they have the need to hide, they feel guilty for the behavior they cannot control and they are ashamed, which makes them isolate themselves and avoid contact with others”, she says.

However, more than the image reflected on the mirror, this type of disorder can leave marks in the long run. In the case of trichotillomania, the tricologist guarantees that there is an impact: “Considering what happens with waxing, we are minimizing the number of follicles over time. Throughout our lives we are programmed to have a number of follicles over the years. What we are doing is speeding up this process as we pull on a hair. The hair has an average cycle of five to seven years, each strand of hair, so it grows from the root and extends all the way to roughly the waist line, and then renews to another strand of hair that grows with time. This cycle is repeated throughout our lives an average of 20 to 30 times, a general average. Which means that if we are pulling our hair out we are losing cycles. We are accelerating the cycle. That hair that should fall in four or five years is being pulled out the first or the second, and then there will be a hair that will be born in a new cycle, and we will pull that hair out again. After four, five, six years, there are areas where hair is no longer reborn. We start to define a permanent absence of hair.” Whether they are more or less definitive, the consequences of the behaviors caused by these disorders, namely those of aesthetic nature, can only be avoided in one way: changing habits - and, for that, asking for help.